As the NASCAR playoffs continue to wind down, Spider and I continue to give gamblers something to look at going into the Cup Series race each weekend with a weekly NASCAR Feature Matchup.

Three weeks ago, we pit Chase Elliot versus Kevin Harvick in a head-to-head duel since they almost came to blows after Bristol’s Night Race… Spider won with Chase, who finished 2nd in Vegas.

That rivalry is still alive and well after last week at Charlotte when Harvick’s No. 4 Stewart-Haas Racing Ford sent Elliott’s No. 9 Hendrick Motorsports Chevrolet into a slide on Lap 55 resulting in heavy damage to the back end of Elliott’s vehicle.

A frustrated Elliott rallied for a 12th-place finish and advanced into the Round of 8, while Harvick wrecked on his own, ending his championship run.

(Apparently, "Merry Off-Season and Happy Christmas" is racing code for "Go fuck yourself.")

But in NASCAR, you still get to race every week even if you’re knocked out of the playoffs, so there will still be a ton of eyes on these two again this week as we wait to see if Harvick attempts to make another effort to end Elliott’s season.

So the “Elliott/Harvick Rivalry Matchup” gets second billing in this blog, and you can see the odds right here… 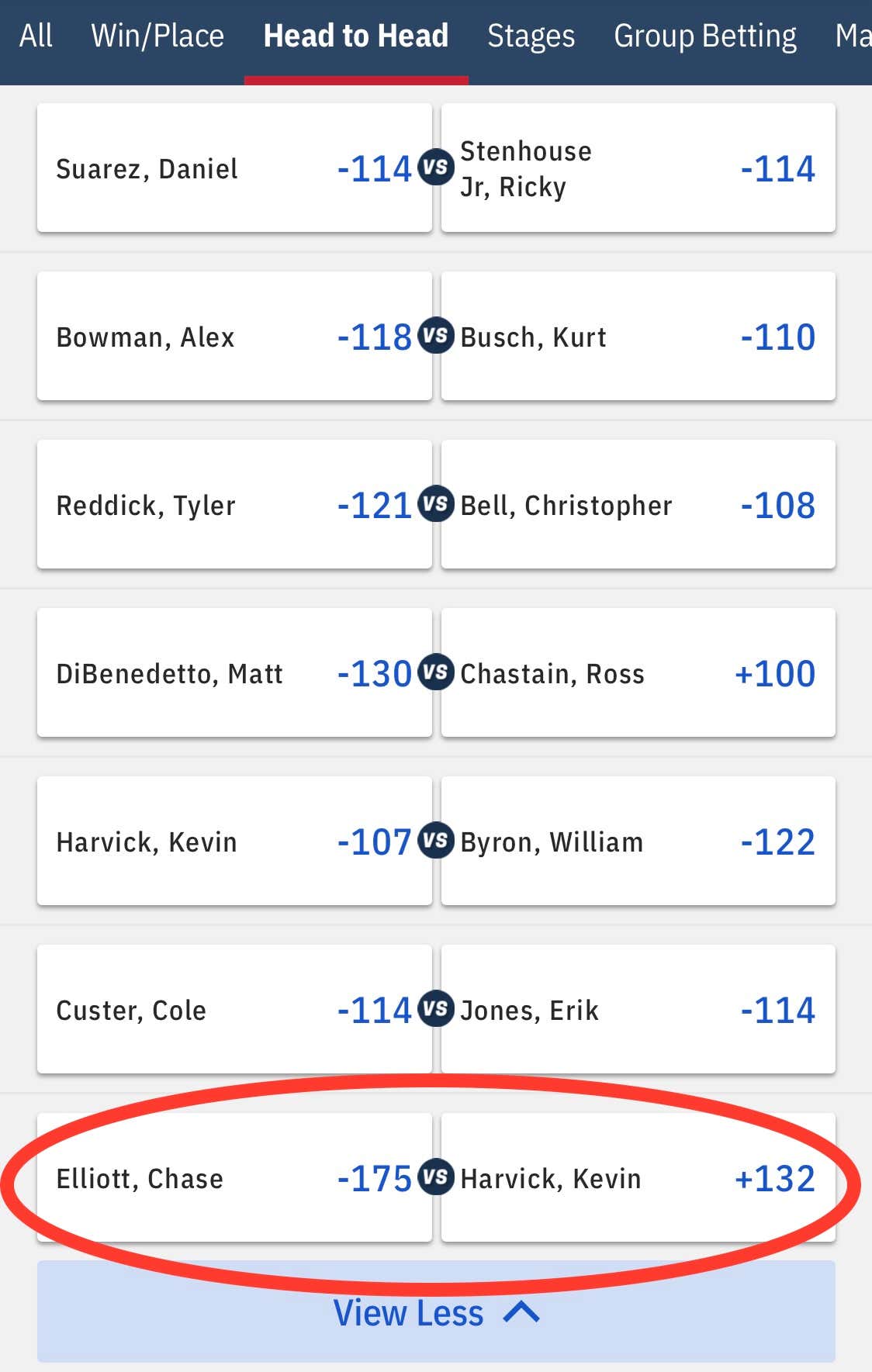 This week's Featured Matchup, however, will be Denny Hamlin vs. Kyle Larson.

The theme around this one is “The Battle for Playoff Supremacy” – as both Larson and Hamlin have been the two most dominant drivers in both the playoffs and through the regular season.

Each driver has secured two playoff wins so far, and given that Texas will be the first race in the Semifinal Round of 8, a win by either driver this weekend would lock them into the championship finale at Phoenix on November 7th… A race that both Sider and I will be in attendance for.

It is very likely that the winner of this matchup will also be the race winner in Texas, as the two have been the best on the 1.5-mile intermediate track-type in 2021.

As always, you can find the odds under the "Head to Head" tab for Sunday's race… 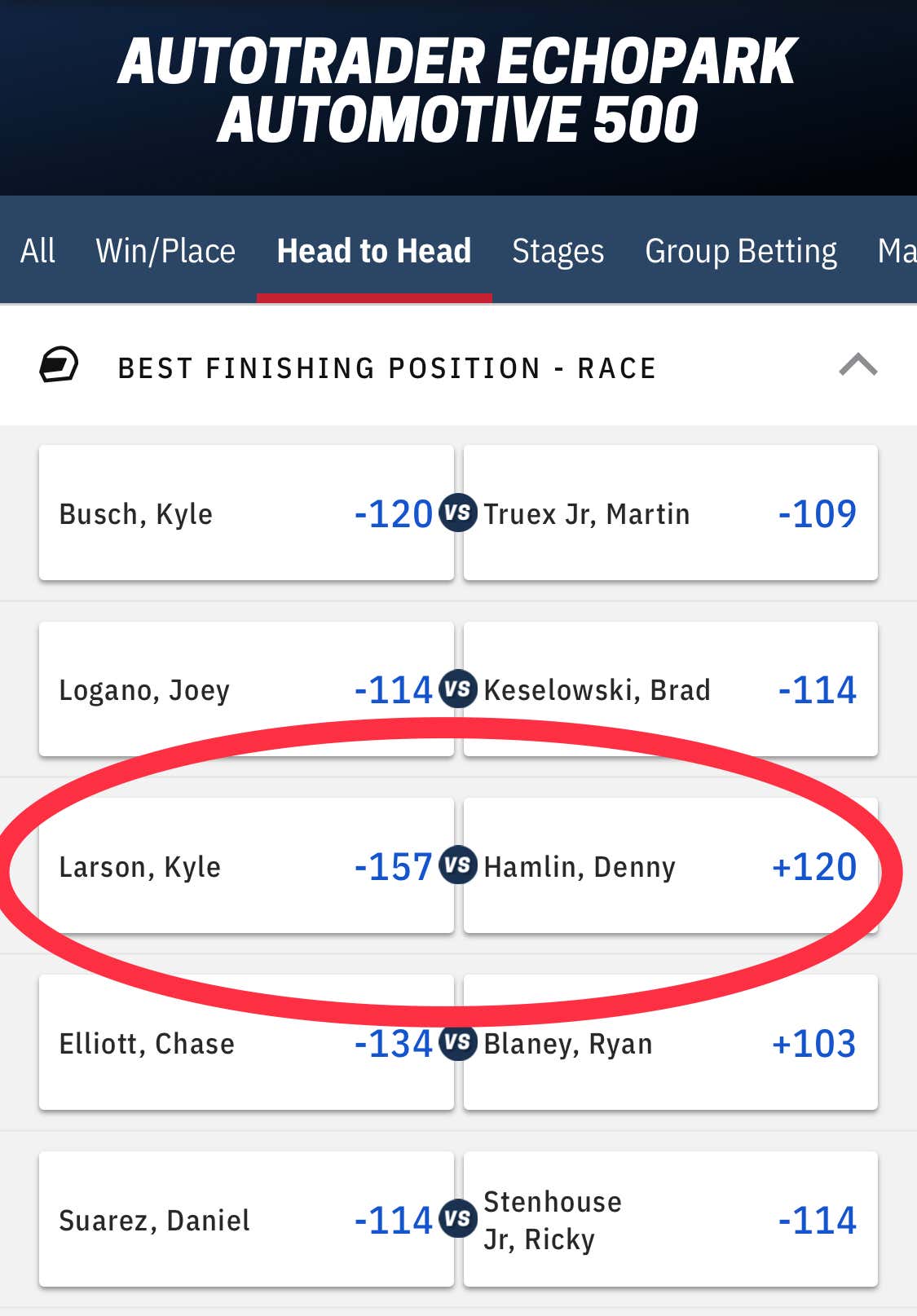 Again…There is no free sweatshirt… No opt-in… No odds boost… Just 2 buddies each picking a side and inviting you to do the same.  After 3 weeks, I am up 2-1.

The picks are chalk, but that is how NASCAR tends to roll, and I am sticking with Larson this week while Spider is all over Denny Hamlin.

You can watch the Autotrader EchoPark Automotive 500 this Sunday LIVE from Texas Motor Speedway on NBC starting at 2 PM EST.