Last night's 5 for 5 went 4 for 5 because the Predators stink. The EBR singles went 2-1 with Frankie Borrelli’s Islanders losing in OT and costing us the clean sweep.  I still can’t believe the Hurricanes were -120 against Montreal, that should have been a max play. Montreal is not good, the only reason they made the cup finals is that Whitney had a trip planned to Vegas for the finals and we all know he's the biggest mush.

Enough about last night, we "keep pushin" to tonight’s slate and there is one game the Chiclets crew wants to crush. It's the late game out west in the desert. 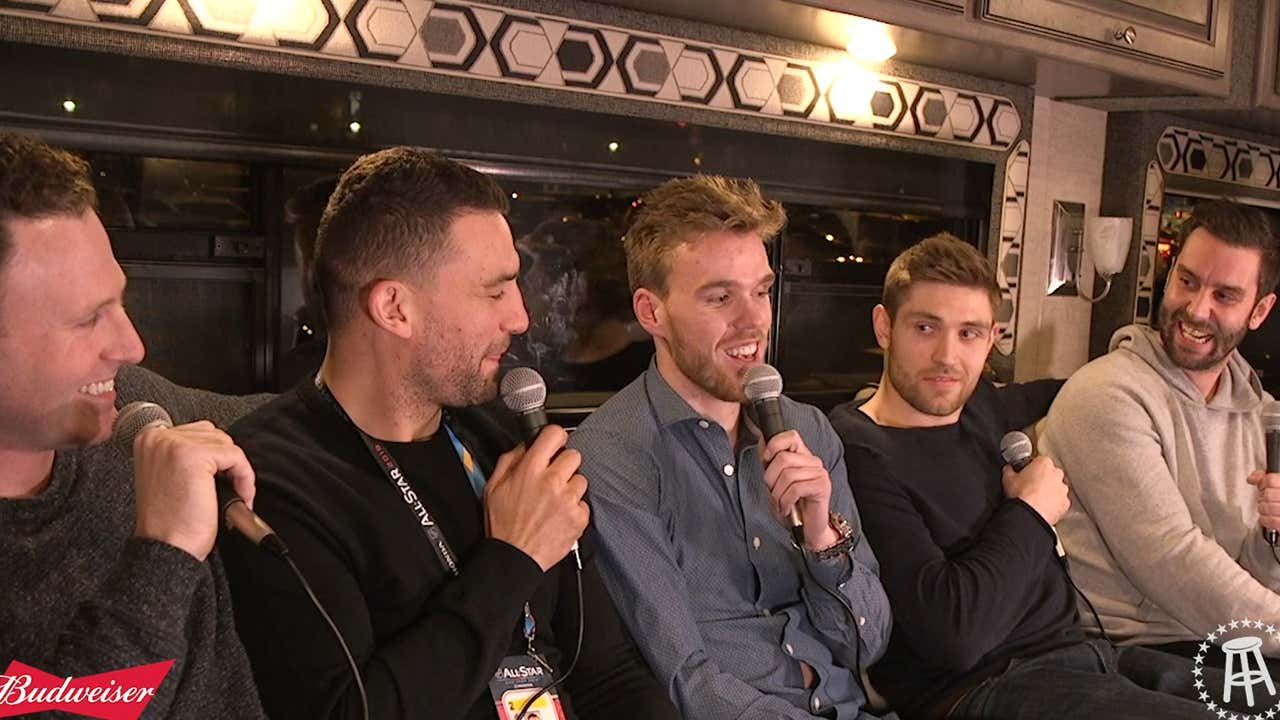 The Oilers and these two former Spittin Chiclets guests are on an absolute heater. The best place in the world to be on a heater is of course Las Vegas.  As long as these two guys didn’t go on a craps run to the early morning hours they will be lighting it up once again.  Vegas at home is always buzzing early and I don’t see how The Misfits line doesn’t pot a couple of goals to reach the over. 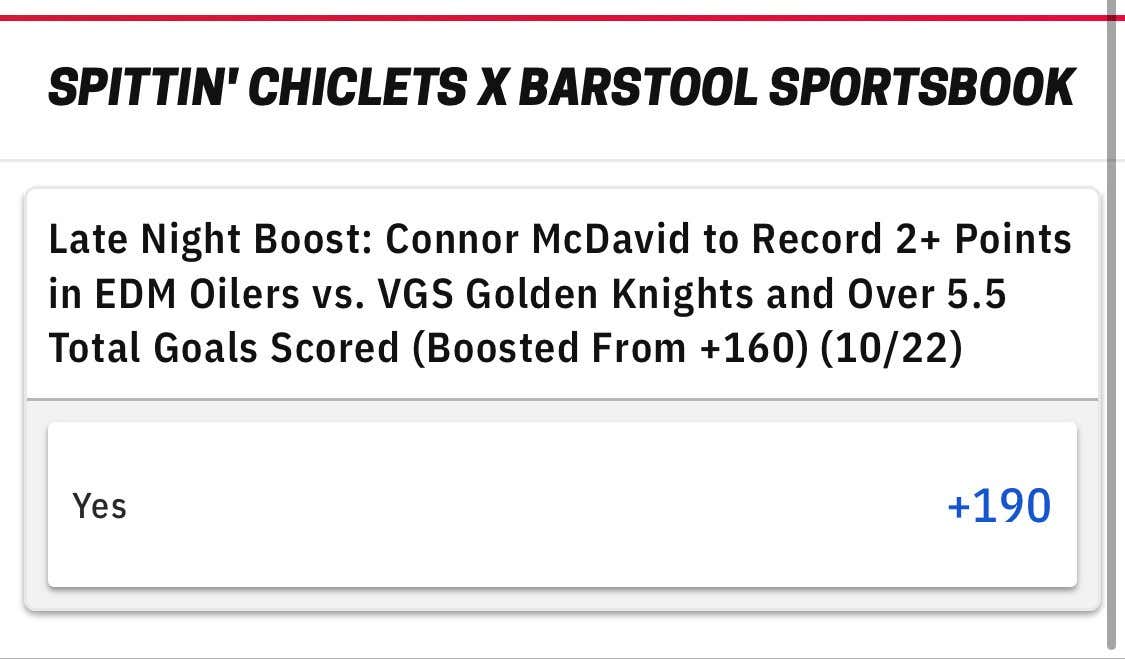 Get over to the Barstool Sportsbook and under the Exclusives tab and press some of your Euro winnings on this easy boost.

First game up we got super fan Biz’s team the Toronto Maple Leafs vs. the Sharks.  Yes, I’m a big Sharks guy this year and still believe Jonathan Dahlén is a strong Calder candidate, but the Leafs are just too much at home. Matthews was high-stepping all over the ice last game and there is no way he gets shut out 2 games in a row.

The second game up is super fan RA’s team the Boston Bruins vs. super fan Grinnell’s team the Buffalo Sabres.  This is easy, The Wagon t-shirts are back on sale and we all know what happened to Buffalo last time this happened.  The great start for the Sabres has helped the belligerents on Chippewa Street forget about that Bills' pathetic Monday Night performance but, not tonight the Bruins take this one.  Taylor Hall wasn’t just a former roommate of Whit, but he's also a former member of the swords.  Players always find a way to get points against their former team no matter if it's beer league or the NHL.

Hall to score at least one point -134