Where to watch: 10 pm Face-off on TNT

If you are not tuning into the TNT broadcast to watch the great one continue the hilarious shots at Biz then I am not sure we can help you! With two shows down, the panel on TNT is killing it and in this bizarro world we live in Biz, and 99 are the best linemates.  Is Biz the tv version of Jari Kurri? I think so.

The two questions all viewers should be “horned up” for on tonight's show are:

1. Will Biz continue his streak of best-worst suits currently on tv? My bingo card has a double-breasted Miami Vice short sleeve light blue and I think it's a winner.

2. Which one-liner will have Biz trending on Twitter? I am personally hoping for the word greasy to make it into the show.

Anyway, let's talk about the teams….

Top Scorer: Joel Farabee, 4 games  3 goals 3 assists +8. We were big fans of Farabee coming into the season but after the opening game First goalscorer +1200, he might be our favorite player.

Player to Watch: Cam Atkinson, speedy winger the flyers picked up from Columbus in the off-season.  He is a natural point guy and has 4 goals in 4 games.  He is always around the net and creates a ton of chances.

Top Scorer: Connor Mcdavid 5 games, 6 goals 7 assists +3.  On just an insane heater and has even gotten the Chiclets stamp from Whit.  Dangerous every time he is on the ice and can ruin games for opposing teams when he decides.

Player to Watch:  Zach Hyman, The Oilers' big free agent signing this summer has 5 goals in 5 games. He is fitting into Edmonton like a new Aldo store in the mall.

The news broke after the Oilers game that they were staying a couple of extra nights in Sin City. I wish we heard about this earlier due to betting reasons. This was every player's dream when Vegas joined the league. Win and we stay… lose and flight leaves at midnight. Easy money! Sidebar: When Whit and I were in the bus league Therrien dangled a night at Foxwoods if we had a big weekend in New England and the boys' ears perked up.  We won but, of course, we went 0-3 after the casino trip and got bag-skated like we killed the coach's pet. The Oilers are not the WBS Penguins and the old term play guilty will be tossed around in the locker room as they want to keep the undefeated season going in Edmonton.  This is the start of the Northern-Western swing for the Flyers and the first game is always the hardest.  Flyers will fight but they are one of the most penalized teams and the Oilers' PP is unstoppable. This is the difference in the game. 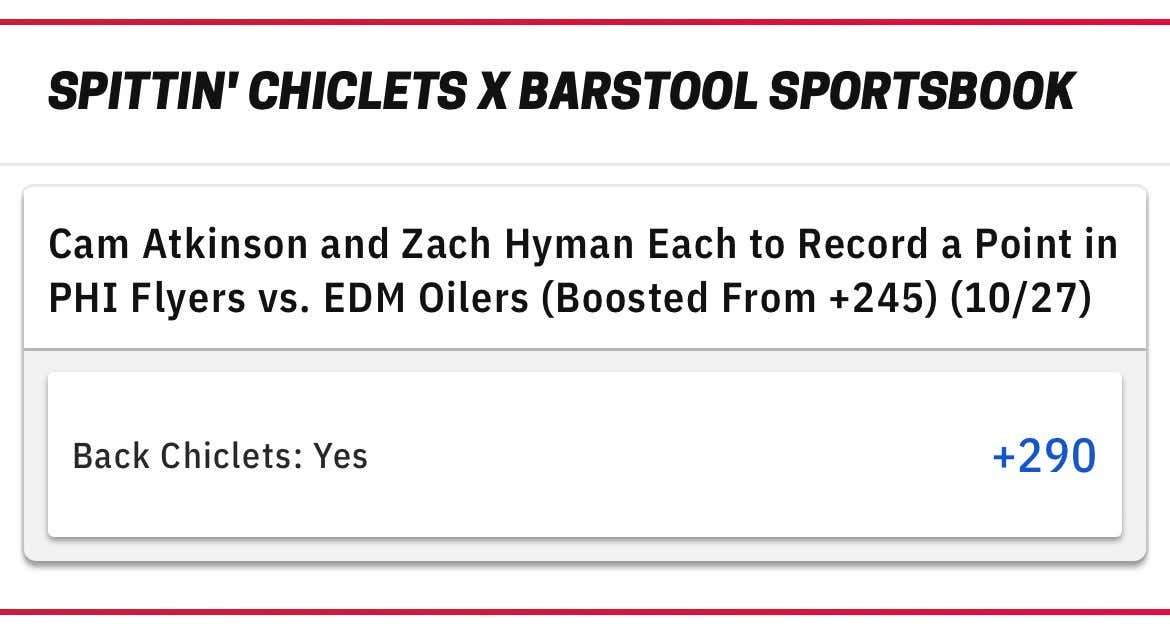