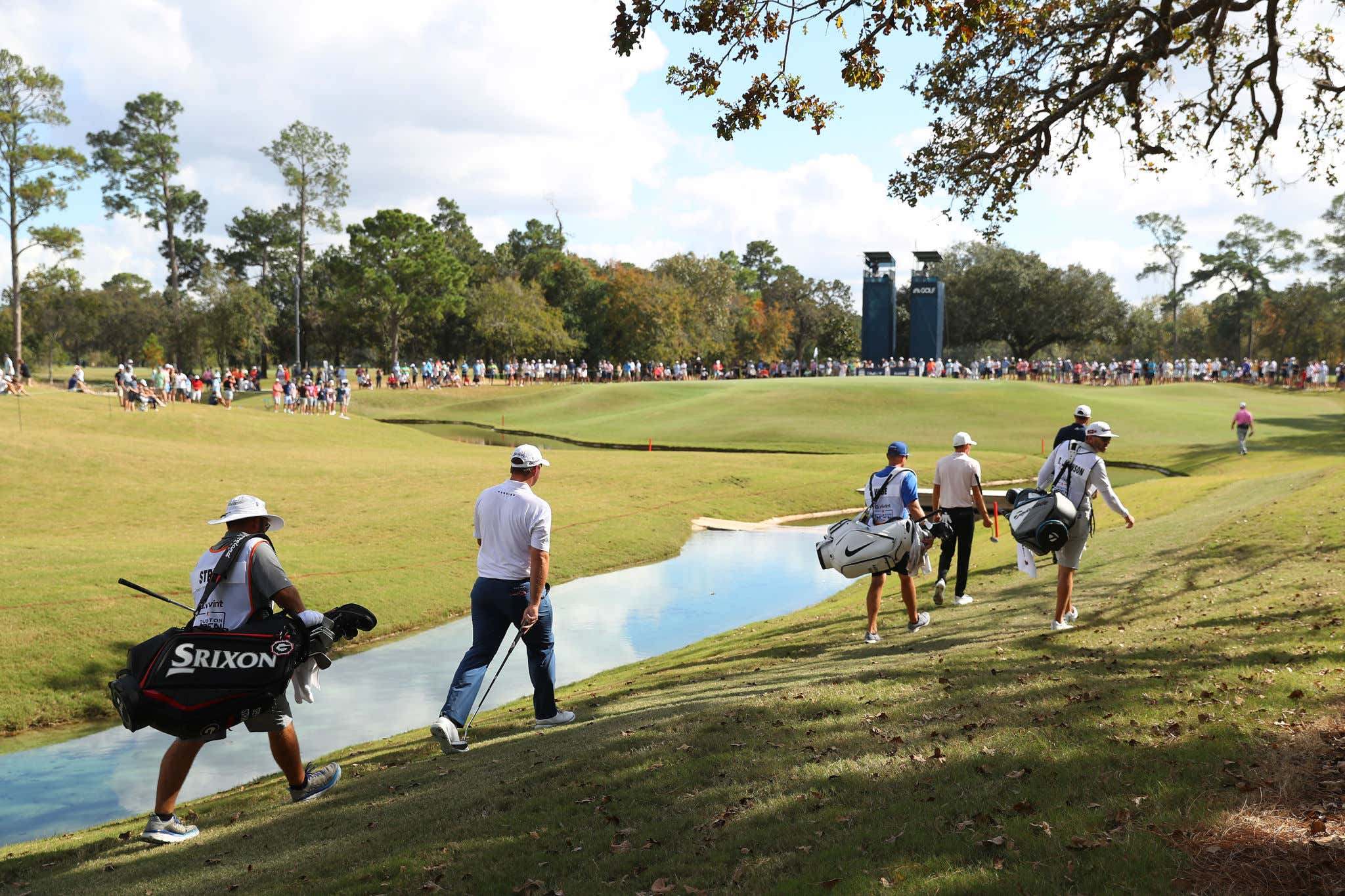 Welcome back to another PGA Tour preview, we're off to Houston, Texas this week for the Hewlett Packard Enterprise Houston Open. That's a mouthful, even by PGA Tour standards. Dunno that the "Enterprise" needs to get thrown in there but so be it.

The Houston Open has shuffled around the Houston area over the years, and this finds us at Memorial Park Golf Course for the 2nd consecutive year. This even was also typically played in late March/early April for a lot of years as the final tune-up for a little tournament they call The Masters. It moved to the Fall on the schedule in 2019, and found itself right in front of the November Masters last year yet again.

Carlos Ortiz held on for a 2-shot maiden victory with a Sunday 65 by birdieing 16 and 18 down the stretch. He's withdrawn from his title defense with a shoulder injury. Last year's leaderboard and recent winners: 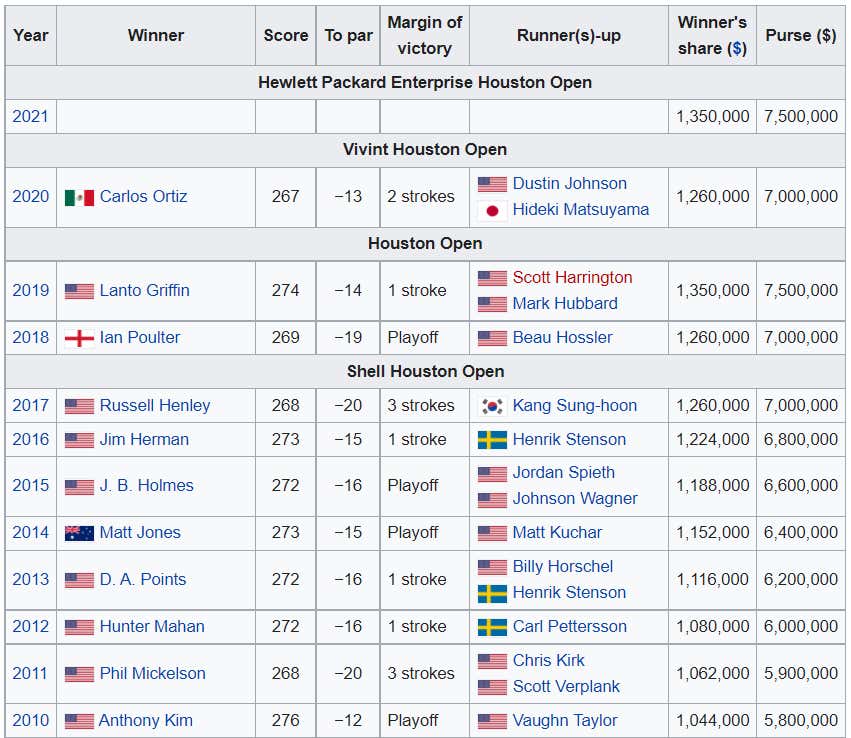 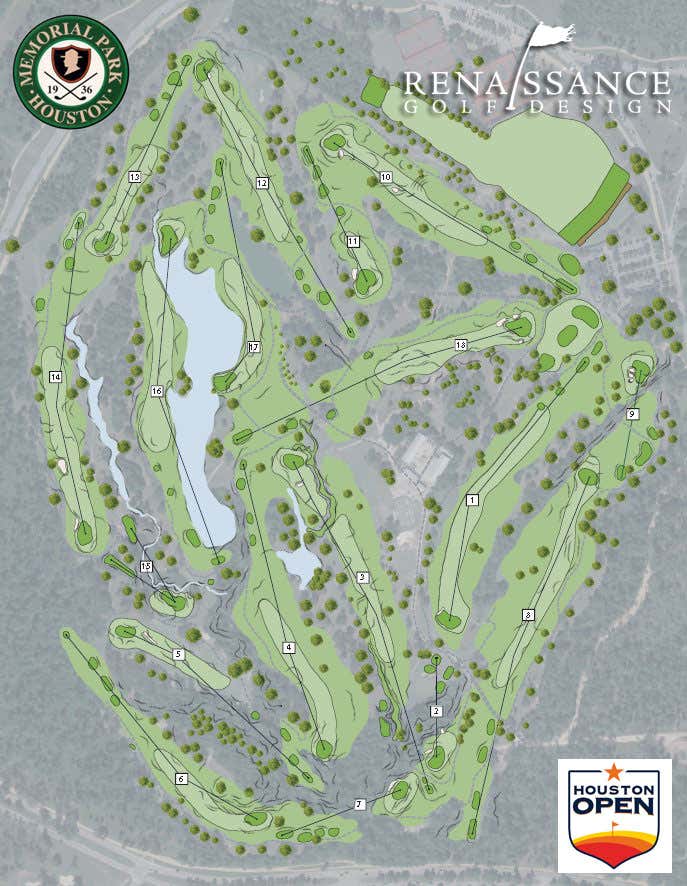 Memorial Park is a par 72 measuring about 7,300 yards that will be playing as a par 70 for these guys. Holes 1 and 14 are typically par 5's that will be playing as long par 4's. Even as a par 70, it's unique in that it has 3 par 5's and 5 par 3's. It was redesigned by legendary architect Tom Doak in 2019 with consultation from Brooks Koepka, which led to the Houston Open being moved here last year.

Most courses in Texas tend to be pretty open and use the wind as primary means for defense. This course is a little more parkland, despite having a few qualities synonymous with links courses. The green complexes here are riddled with tightly mowed collection areas and require deft touch around them. Koepka himself recommended the removal of the majority of the bunkers here, so you're gonna see some creativity using the putter (among other clubs) around the greens. Think Augusta or Royal Melbourne. Carlos Ortiz gained over 5 strokes around-the-green last year on his way to the win. That should tell you a lot. Doak once interned for Pete Dye, so there's some Dye influence here too. Blind tee shots, visual mind tricks, and a ton of risk-reward down the stretch. Should be fun.

This is the final par 5 on the course and a great opportunity to post a red number down the stretch. The tee shot challenges you to chew off as much on the right as you can while taking on the risk of carrying all that water. I would for sure snap hook one left here. The further left and "safe" you go, the more you're just passing off risk onto your 2nd shot. You're either taking aim at a green with water on both sides and no bailout with a longer club, or you're laying up to an area with some uneven lies that are less than ideal for a 3rd shot approach. If you hit a good tee shot and set yourself up with a long-iron approach, this hole can be had, which makes for a great risk-reward back 9 par 5.

Course could get softened up a bit early in the week and then it's smooth sailing.

PGA Tour Live is back this week too. Sub in John Huh for Carlos Ortiz. 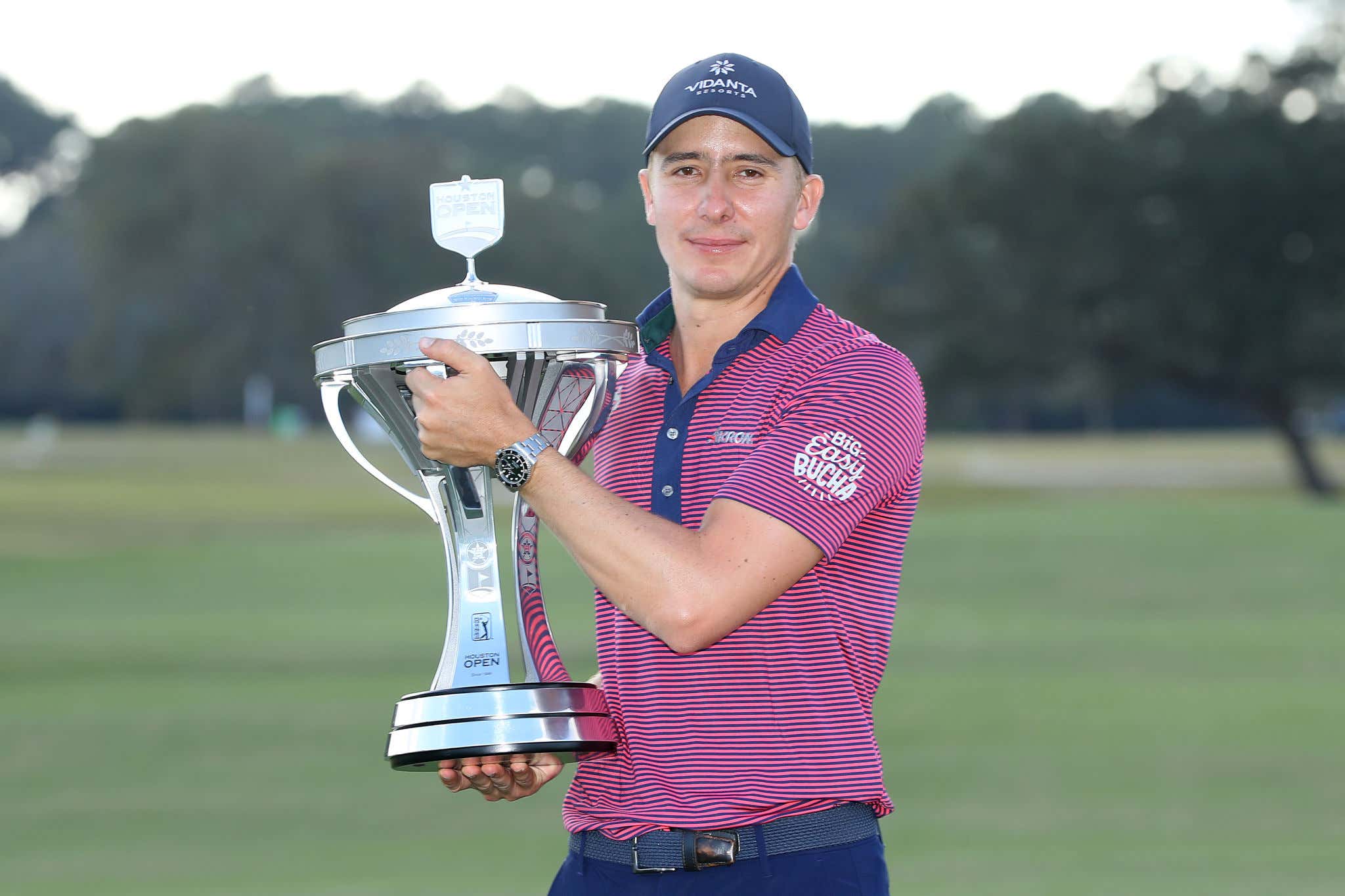 Too modern and too gaudy for a tournament that's been around for a long time. For my money I prefer the Texas Open's skyline trophy where they toss in some cowboy boots in too. You'd never know this trophy was from Texas if it didn't say Houston on it. Don't much care for it. 3/10.

PS: Last week The Mayakoba actually updated their trophy and added some color to it, which was such a tremendous improvement on the already awesome trophy I blogged last week. Love it. This prize fucks. 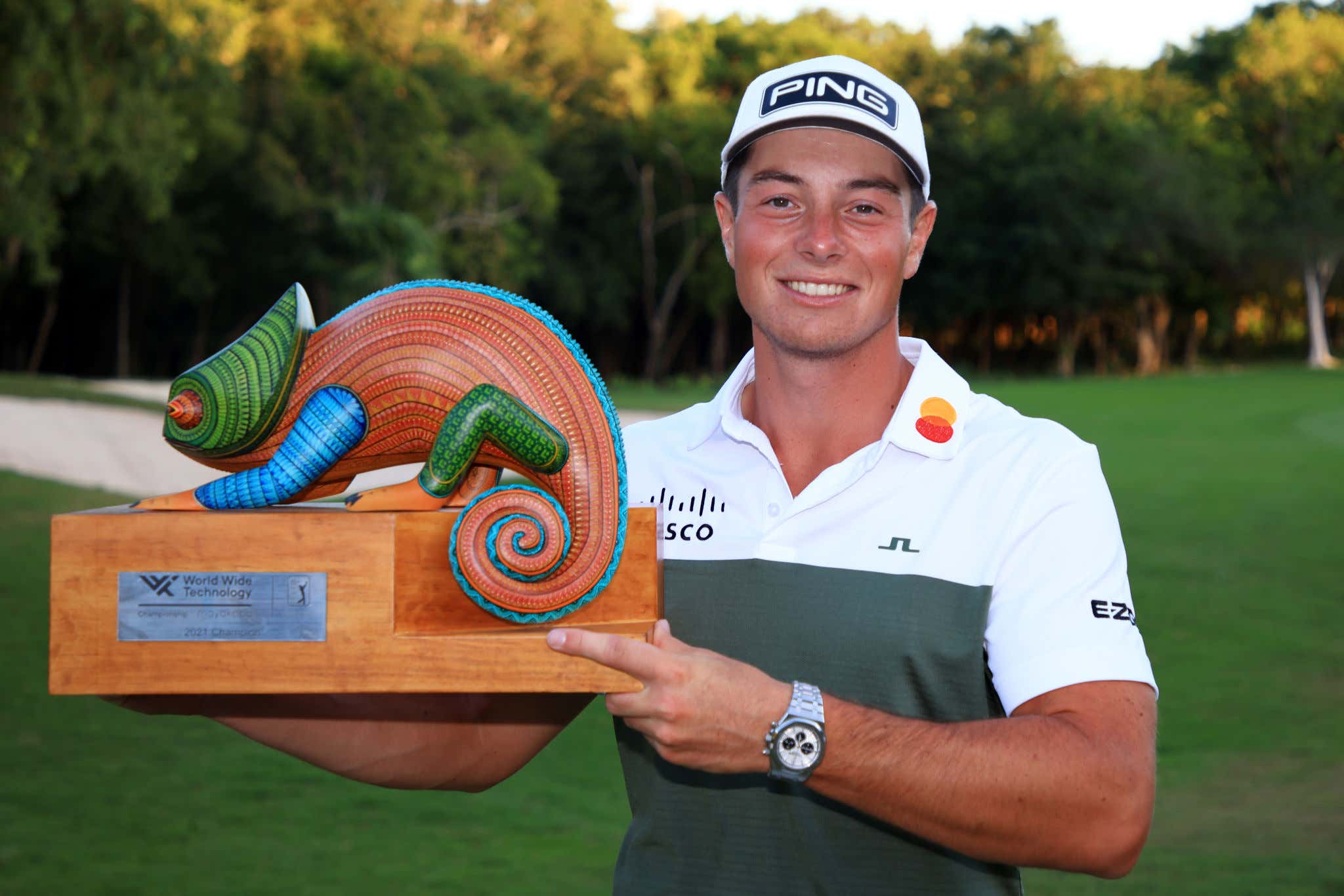 The Hov is really becoming the consummate pro tossing on the watch for the photo shoot. Guy gets it.

Sam Burns is the favorite this week at the Barstool Sportsbook at +1400. What a year he's had where now he's at the top of the betting board of a field that isn't a complete joke. When he held that commanding lead going into Sunday at Riviera in February and proceeded to fall apart, I thought maybe he was a guy who had missed one of his rare opportunities to get that career-changing W. Definitely did not think that he was on the verge of a breakout season that had him threatening to make the Ryder Cup team. He actually had the 54-hole lead last year here before shooting a 2 over 72 to finish T-7. That finish coupled with his great 2021 season has earned him that spot.

He's not my pick though. I'm gonna take Cameron Smith +1800. There's not many players on the planet with a better short game than Cam, and he's Top 10'd in 4 of his last 6 starts. He didn't play this event last year, but it should fit his game as one that resembles a lot of Australian courses back home, where he even won back to back Australian Opens earlier in his career. He was sniffing around a couple wins last season and I think this is the year he elevates to the top 10 player he can be. Love Cam.

Jason Day To Win +9000 - Wow, another Australian, huh? Easy to roll the dice on a guy who you know has an elite golfer somewhere inside of him when the odds are this long

Patrick Reed over Adam Scott Round 1 +102 - Reed is so crispy with his wedges and he's a Texas native. That's enough for me to think Adam Scott should be the one +102

That's what I got today. Headed down to Pinehurst this weekend to root on a couple buddies that qualified for the Barstool Classic (shoutout Al and Fat B) so if you're out there too, gimme a holler. Let's have a week.