I don't even want to discuss last weekend.

19-26 on the year. Absolutely abysmal. Out of the supercontest at the halfway mark. Puked my brains out over how much of a bath I took last week. There's nowhere to go from here but up.

I'm going hard with 6 games this week because I like the board, and because I need to turn shit around.

The Vikings seem to always play up or down to their competition this season, going 1-3 ATS as favorites and 3-1 as underdogs. Makes zero sense. Now they head west after their third OT game of the year to face a Chargers team that just got done shredding the Eagles.

But the Chargers defense is a concern. They have major injuries at cornerback that'll make the Vikings' dangerous WR duo tough to stop, while Joey Bosa is also questionable after a DNP Friday.

Minnesota should be able to slice through a poor rush D and also win through the air, which means their D, which will be missing a pair of key players on its own, only needs to slow down Herbert a bit to win this one. 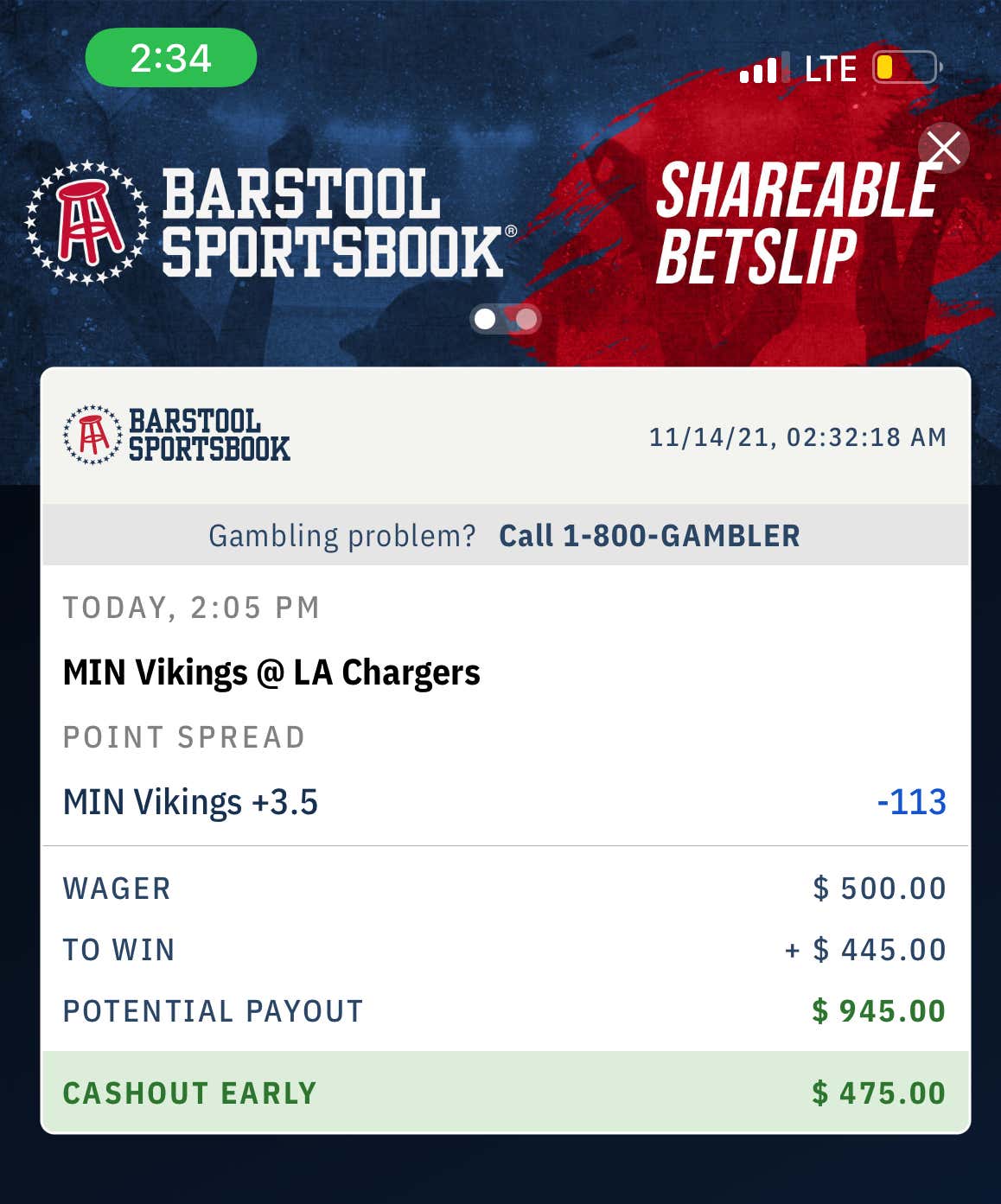 Coming off an embarrassing loss to the Broncos last week, Dallas will have something to prove. Dak Prescott should be better with another week to heal from his calf injury and if the other skill-position players remember how to catch a football, the Cowboys’ offense should succeed against an Atlanta defense that has allowed 30+ in three games this season.

Atlanta has a 4-4 SU record, but its lone impressive win came at New Orleans. The Falcons’ former head coach, Dan Quinn, is now on the Dallas staff, on the defensive side.

Dallas should roll in this one. 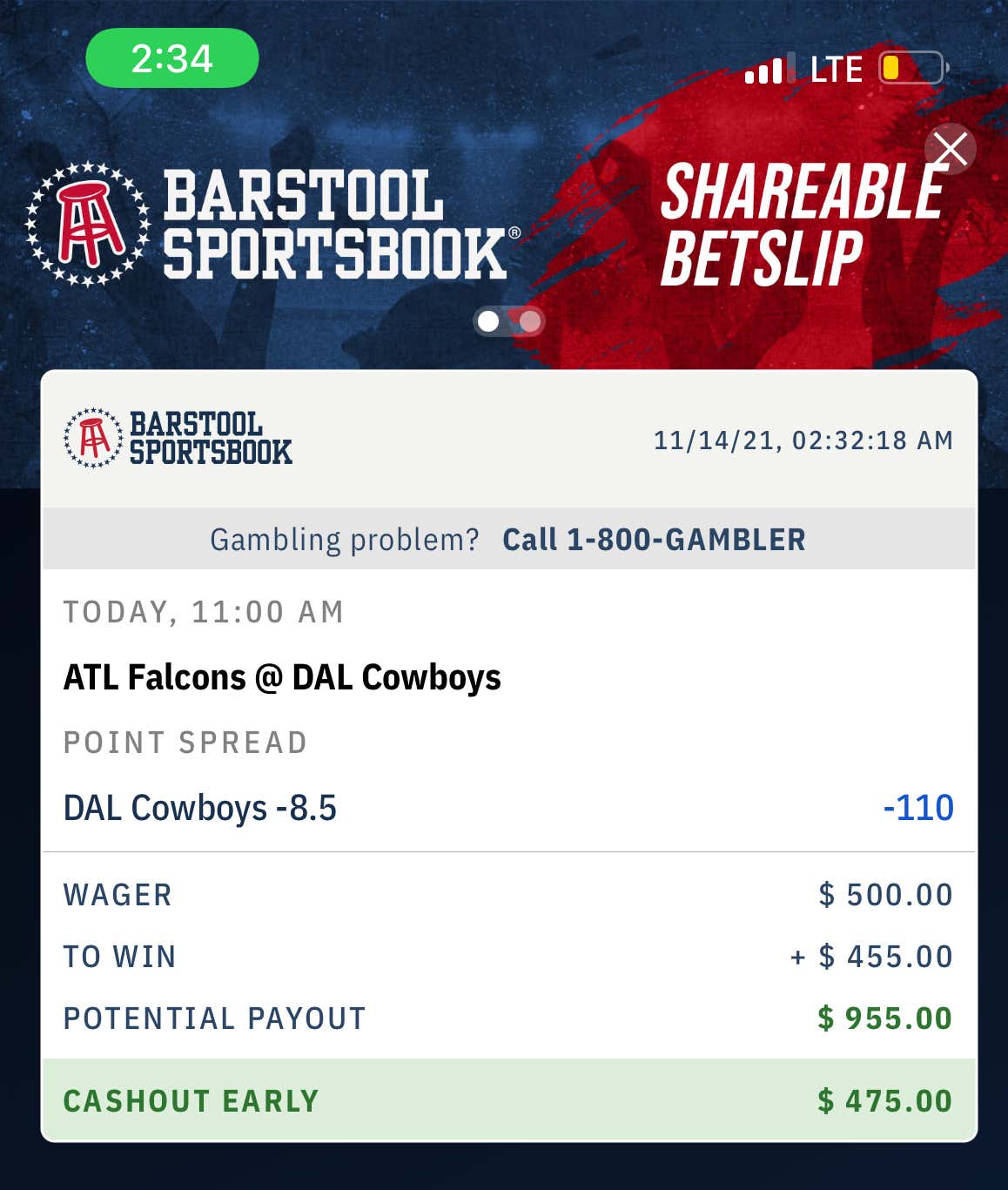 In their previous six meetings, the Chiefs were favored by double digits four times and by at least a touchdown twice.

So this line is an eye popper.

Yes, Kansas City's offense continues to struggle, but the defense has improved (16 points allowed per game over the last four).

The Raiders will be without defensive tackle Darius Philon (ankle), and they also could be missing linebacker Nick Kwiatkoski (ankle) and defensive tackle Johnathan Hankins (back). That should make things easier for Mahomes, who showed last week he can play turnover-free football. Finally. 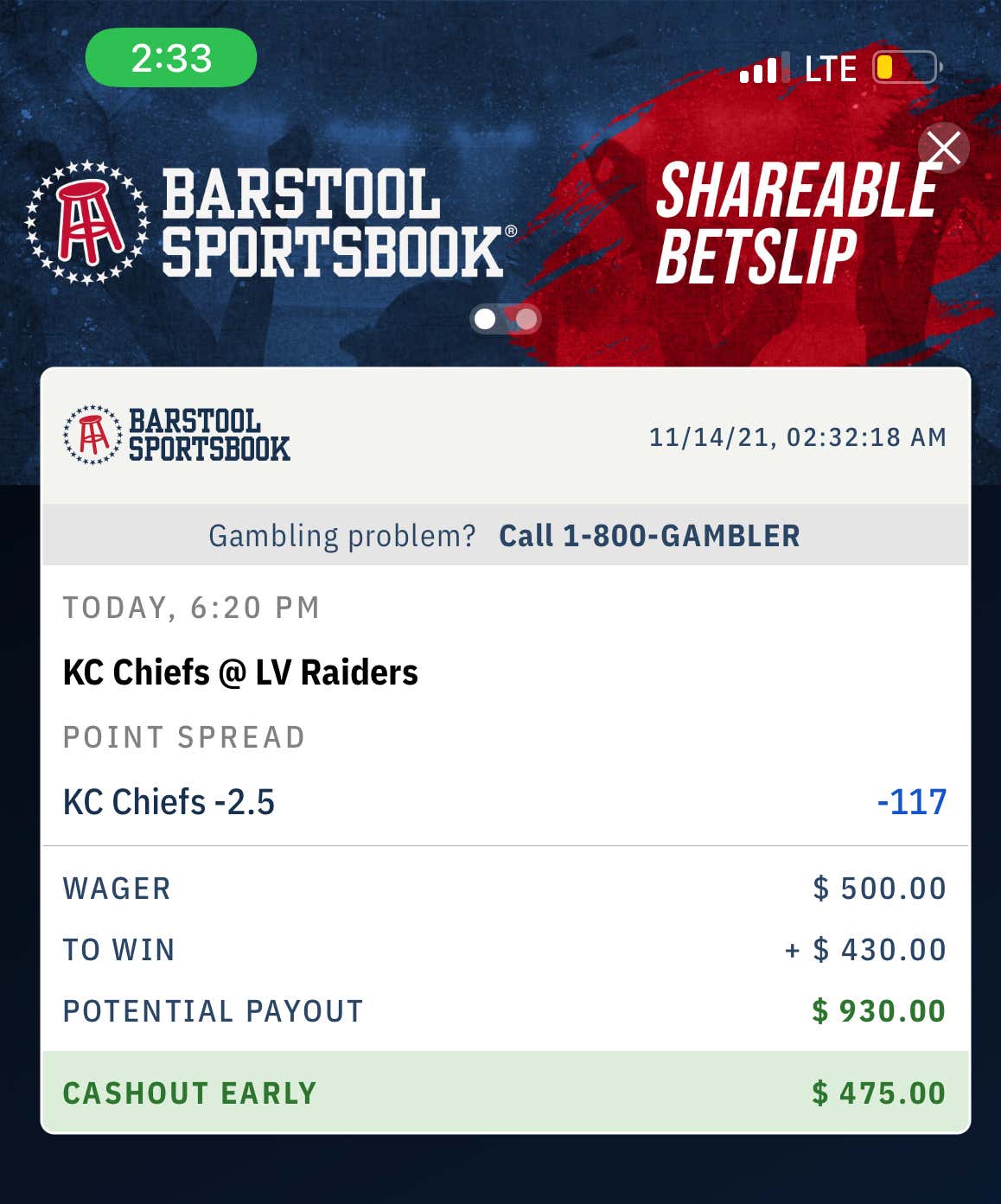 This line has to go higher as game time approaches given the Saints being without Alvin Kamara. Not only that, but Chauncey Gardner-Johnson and Terron Armstead are sidelined, too. The sportsbooks are begging you to take the Titans, but this line seems like a MAJOR RED FLAG.

Yes, the Titans are not only 7-2 ATS, they are on a 5-0 ATS streak and at home. And Tennessee has already proven it can win without Derrick Henry.

But New Orleans' defense has flashed.

The Titans have pulled off one of the more improbable stretches in recent years. They’ve won four straight games all as underdogs against formidable opponents. But Sunday is a difficult spot for the Titans against a Saints team that is always well prepared under Sean Payton.

Most importantly, the Saints have won eight straight road games on Sundays against AFC opponents since 2016. 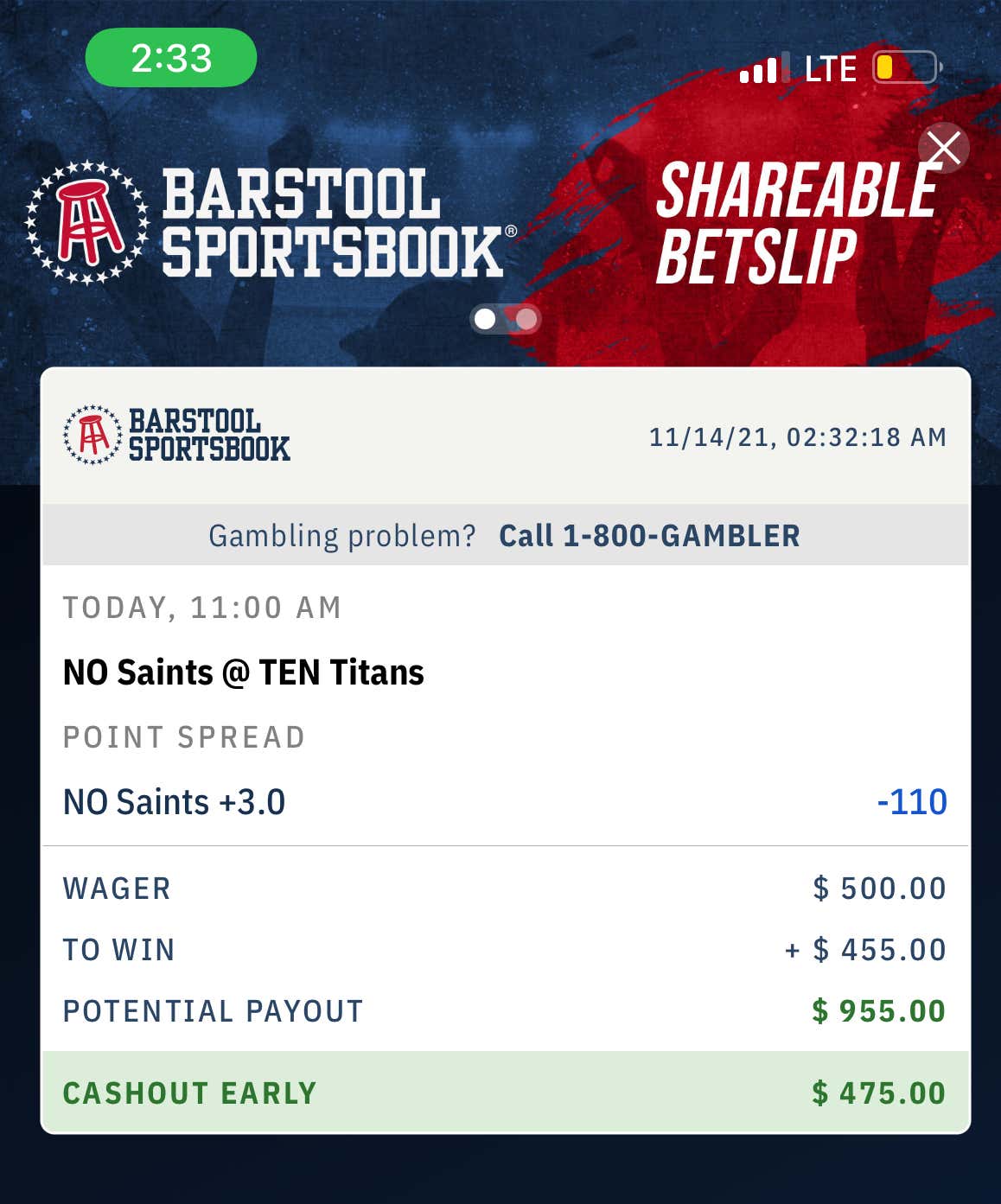 This is a get-right spot for the embarrassed Bills offense after Buffalo failed to score a touchdown in Jacksonville. Two key starters, tight end Dawson Knox and right tackle Spencer Brown, will be back Sunday.

Opposing quarterbacks have a 106.1 passer rating versus the Jets, who have given up 133 points the past three weeks.

Look for the Bills, who are #1 in pressure rate, to make life a living hell for Mike White.

Buffalo has 11 interceptions while giving up five passing TDs all season. Bills in a runaway in this one. 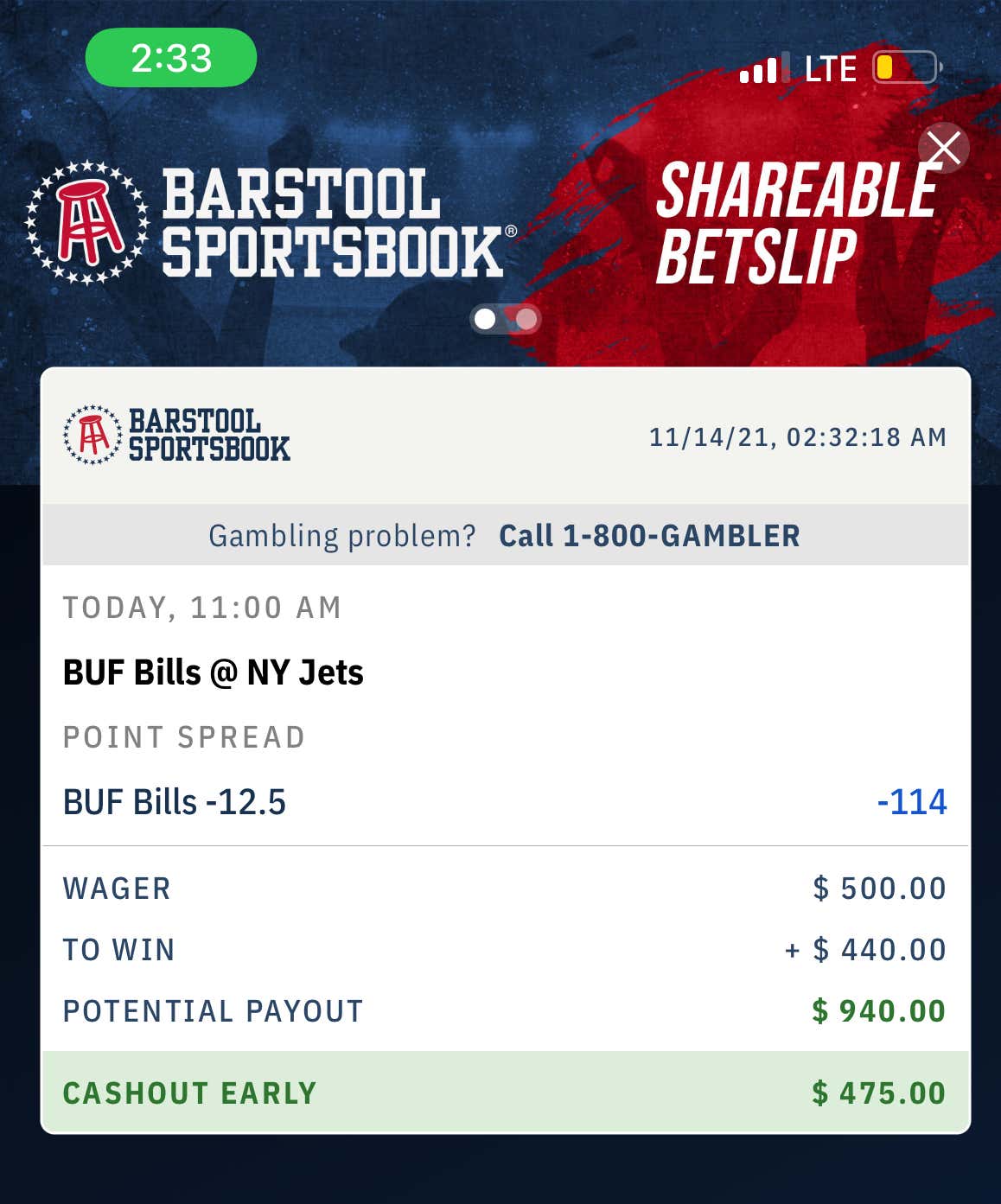 This Browns team is 9-4 playing without Odell Beckham Jr.

I've been saying it for 2 years now that he was the one thing holding this offense back.

Baker Mayfield has thrown 16 TDs and only 3 INTs in those games without him.

The Patriots are 1-4 at home, only beating the Jets, and they've mustered three offensive touchdowns and 4.4 yards per play over their past two games.

D'Ernest Johnson is a more-than-adequate replacement for Nick Chubb. The Pats are dealing with major injury issues at running back, with Damien Harris now a scratch and should struggle to run against a defense allowing 3.5 yards per carry. 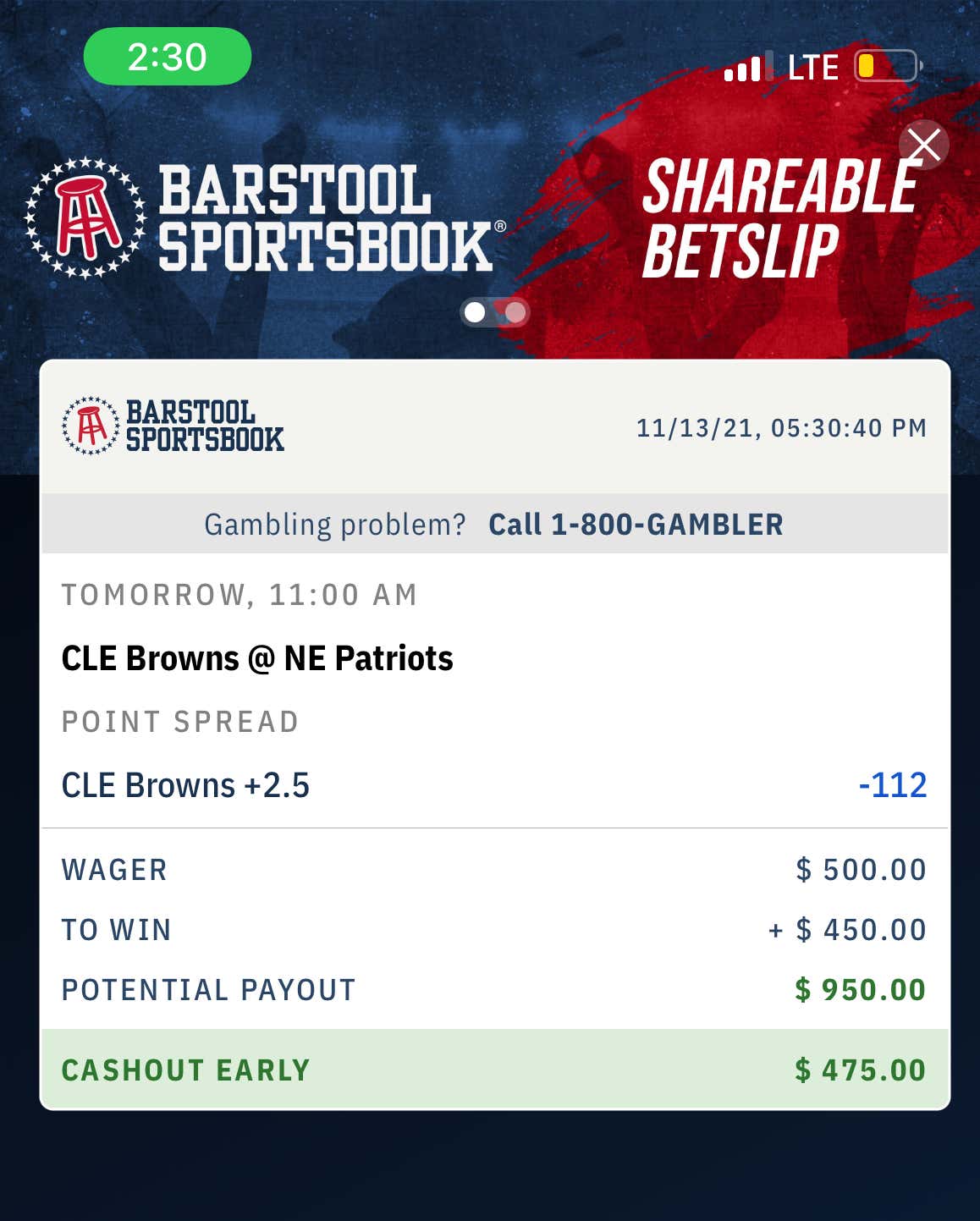 Here are some other winners