Welcome to Sharp Cheese. The name given to this blog by Carl himself. What is Sharp Cheese you may ask? Well, this is the way you'll know you're going to read a picks blog for college basketball every single day. We're also going to incorporate it into social media perhaps posting on Instagram and going live on IG/Twitter Spaces. Twitter Spaces will absolutely happen 1-2 times a week, most likely on weekdays after big games. Just come on and talk whatever the hell you want about college basketball. The blog will mostly read the same. Breaking down games and making picks. I'm thinking maybe adding a Q&A part into the blog. Now most of the time I feel the same way about games, that said if there's a game I really love and attacking a few different ways you may see a Sharp Cheddar alert next to it.

Let's get into today. Shoot stuff over at barstoolreags on Twitter.

As always - all the lines come from the Barstool Sportsbook. Download the app here. 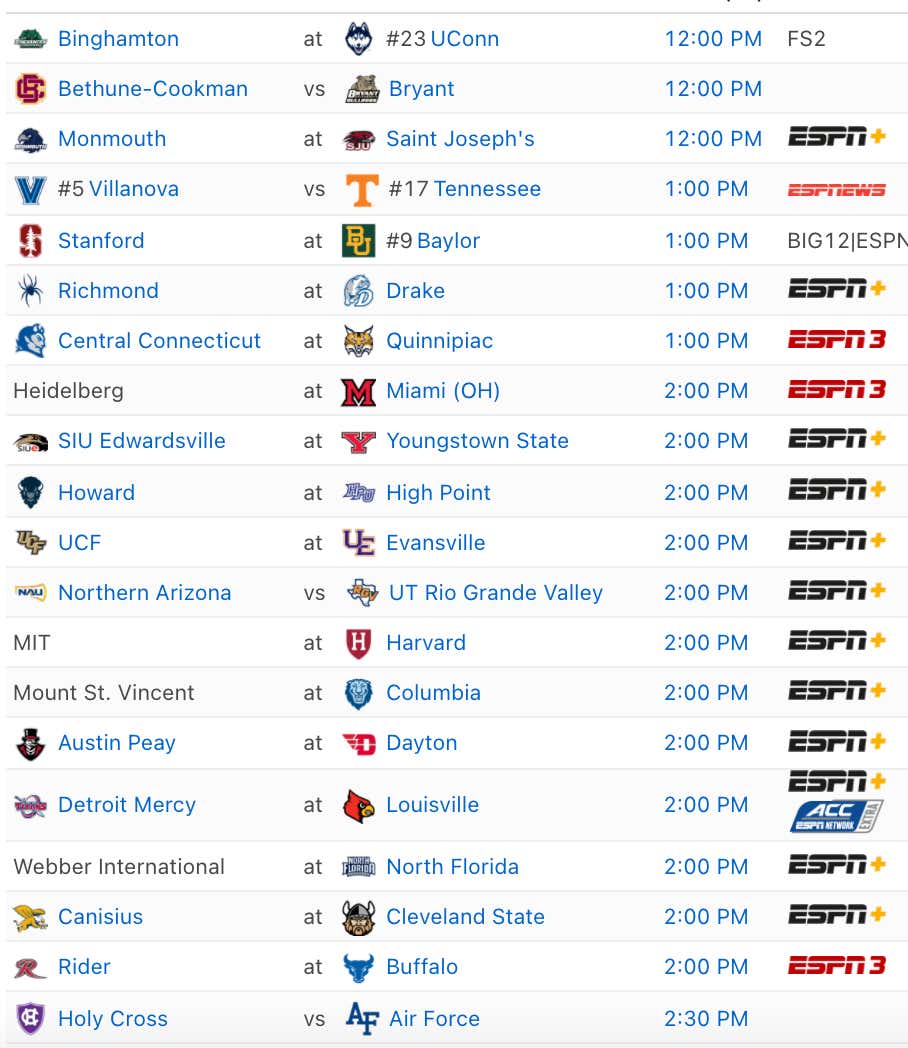 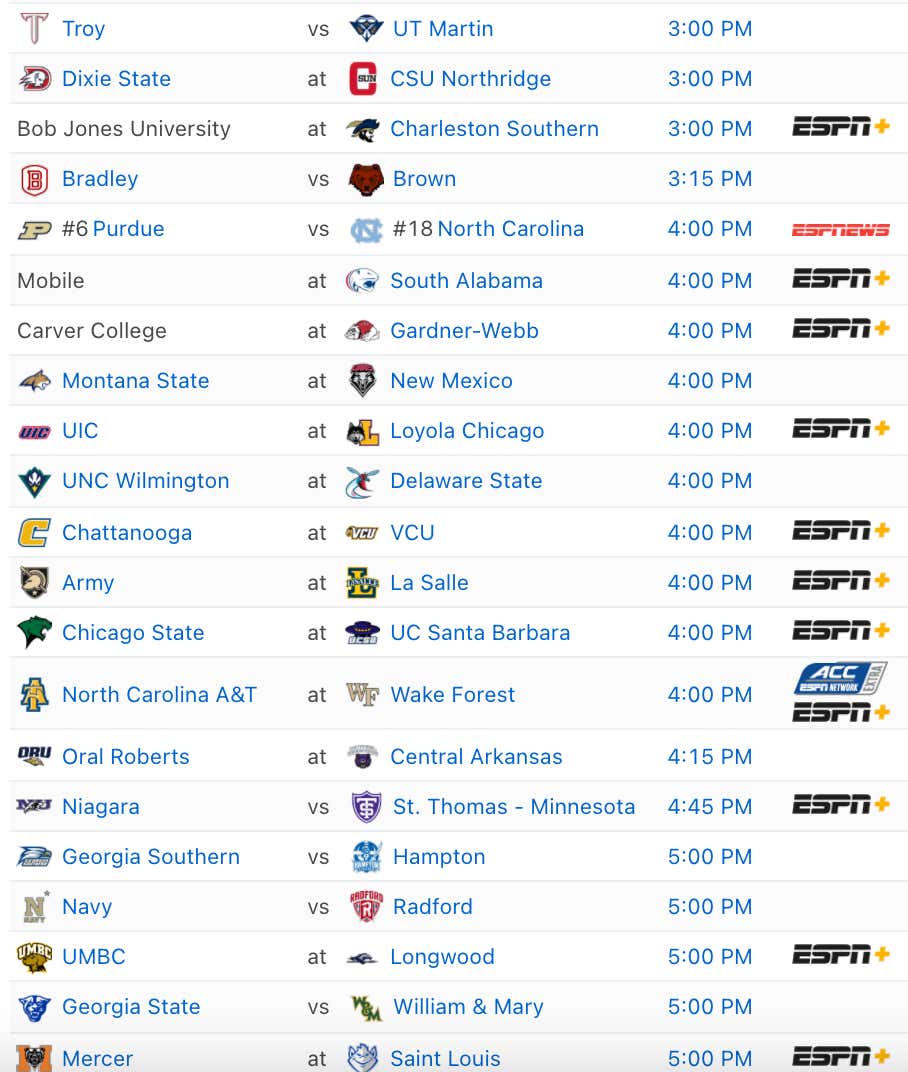 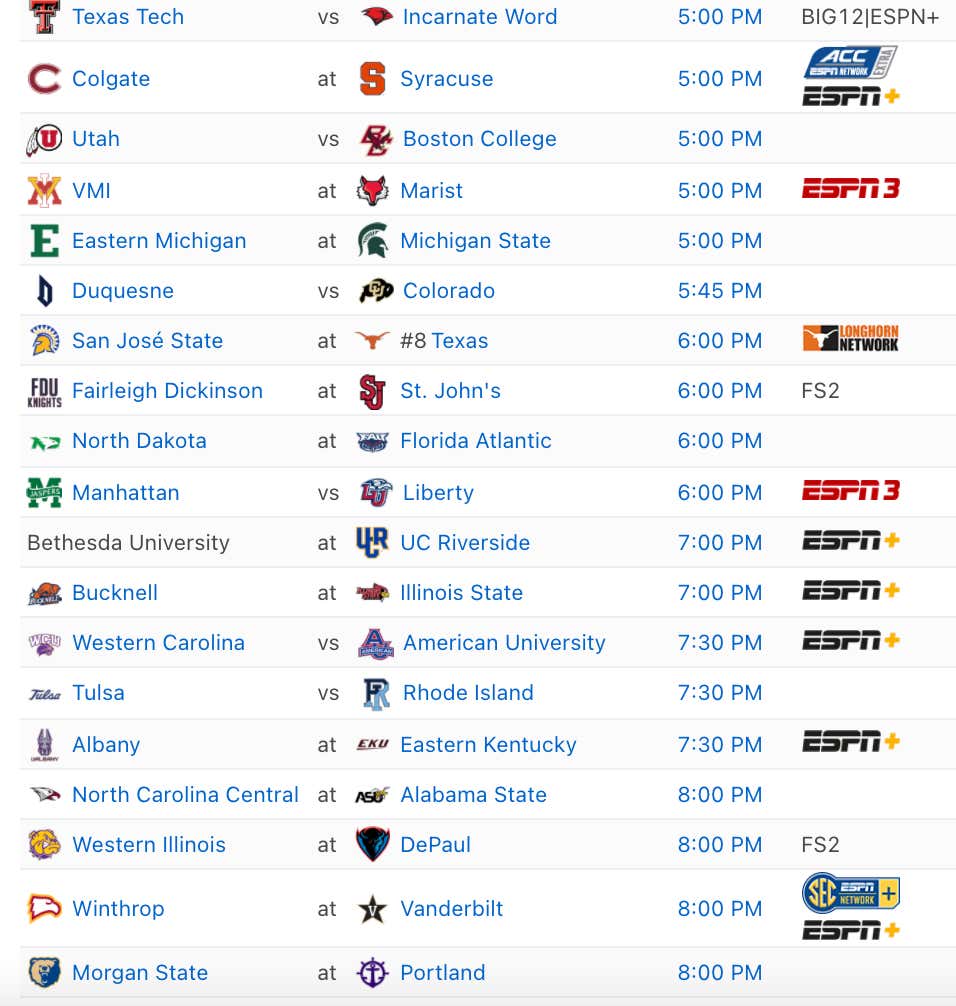 Yep, we have some loaded games today right in the middle of football. Love it. We get the day started with Nova/Tennessee in Connecticut and this has me incredibly intrigued. Why? First off, the Big East has had a hell of a week in the nonconference and Nova can finally get their signature win after losing at UCLA. Tennessee is a weird matchup though. Tennessee still thrives on forcing turnovers and getting out and running. Nova doesn't turn the ball over. On the flip side, Nova does struggle with quick guards and guys that can really get into the paint. Kennedy Chandler is just that. There should be some free points here. Tennessee is one of the best offensive rebounding teams in the country and Nova is average at best on the glass. It's ultimately going to come down to shooting. Both teams are top-22 in the country in 3pt percentage. Both teams shoot a decent amount while Tennessee wants teams to shoot threes against them. I'lll take my chances with both taking advantage of the weaknesses.

How does UNC stop Purdue? This is just a horrific matchup for them. We've seen UNC struggle with a few teams so far this season, especially defensively. Well Purdue has one of the best offenses in the country where they can play inside with Trevion Williams/Edey and outside with Jaden Ivey. They're cool with running or slowing it down. UNC just doesn't have the defensive makeup to handle this. On the other side of the ball, UNC has scored. They've rotated to this 4-out 1-in type offense, surrounding Armando Bacot and giving him space to work. The problem here? Jaden Ivey has the size to bother Caleb Love. They have a bunch of bigs to throw at Bacot. I've been high on this Purdue team all year and rightfully so. I actually even like the makeup of this UNC team, it's just going to take them time to get used to Hubert Davis and figuring out defense.

One of my favorite teams to back - Eastern Michigan. Why? They are somehow undervalued after landing Stan Heath as head coach. He runs that zone, he slows it down and they eliminate time. That's key as a dog. We backed them against NKU as a 9-point dog and they should have won outright. The key here is for EMU to get defensive rebounds. MSU isn't a good shooting team from outside but they kill you on the glass. If Eastern can grab a couple rebounds and eliminate possessions, we're good. That and hoping Tom Izzo keeps forgetting Max Christie is the best player on the team.

Is …. is DePaul undervalued? Only a 10 point favorite against a Western Illinois team that has played 2 non-Division I teams and Nebraska. WIU is going to try and force turnovers, speed the game up. Fine. DePaul has done a hell of a job taking care of the ball and are fairly efficient offensively. The other key? WIU has killed teams on the glass and DePaul is 68th in the country in defensive rebounding percentage and 12th in offensive rebounding percentage. There could be a let down spot here after the win over Rutgers, but I'm banking on Tony Stubblefield.

These two teams are a combined 5-1 on the under. Why? Well it's pretty easy when you see UTA is one of the worst offenses in the country and San Diego State has shot like shit to start the year. I simply don't know how UTA scores in this game. SDSU has a top-10 defense. UTA is DEAD LAST in the country in turnover percentage. That's my biggest fear in terms of the over is SDSU isn't going to need to run offense because UTA will just hand them the ball. The two teams are 347th and 349th in the country in 3pt percentage. The only thing UTA does well is defend inside the paint. We'll take that. Let's get ugly.

You know who plays for Chattanooga now? Silvio de Sousa, the guy from Kansas who took a stool and was ready to bash Kansas State with it. Why does that matter? Because of him Chattanooga is top-10 in the country in offensive rebounding and 36th in the country in defensive effective field goal percentage. Why does that matter today? VCU is a mess offensively, scoring under 50 points against Wagner and Vanderbilt and they are one of the worst defensive rebounding teams in the country. Sign me up for that if I'm getting 5 points. I just don't trust VCU to score enough.