Welcome back to the Thanksgiving version of Sharp Cheese. Sure there's football going on. But this is for the millions (dozens) of us that are ready to watch UConn/Michigan State instead. This is for the dozens and dozens of us that are stuck at a family member's house who don't understand the importance of multiple TVs in a family room. This is for those of us who will have the phone out streaming a game while Uncle John is passed out pretending to give a damn about the Lions/Bears.

Just a reminder. Sharp Cheese is the way you'll know you're going to read a picks blog for college basketball every single day. We're also going to incorporate it into social media perhaps posting on Instagram and going live on IG/Twitter Spaces. Twitter Spaces will absolutely happen 1-2 times a week, most likely on weekdays after big games. Just come on and talk whatever the hell you want about college basketball. The blog will mostly read the same. Breaking down games and making picks. I'm thinking maybe adding a Q&A part into the blog. Now most of the time I feel the same way about games, that said if there's a game I really love and attacking a few different ways you may see a Sharp Cheddar alert next to it. Sprinkle on the ML? Well, get out the shredded mozz. You get it.  That said, always willing to listen to any adjustments you might have.

Let's get into today. Shoot stuff over at barstoolreags on Twitter.

As always - all the lines come from the Barstool Sportsbook. Download the app here. 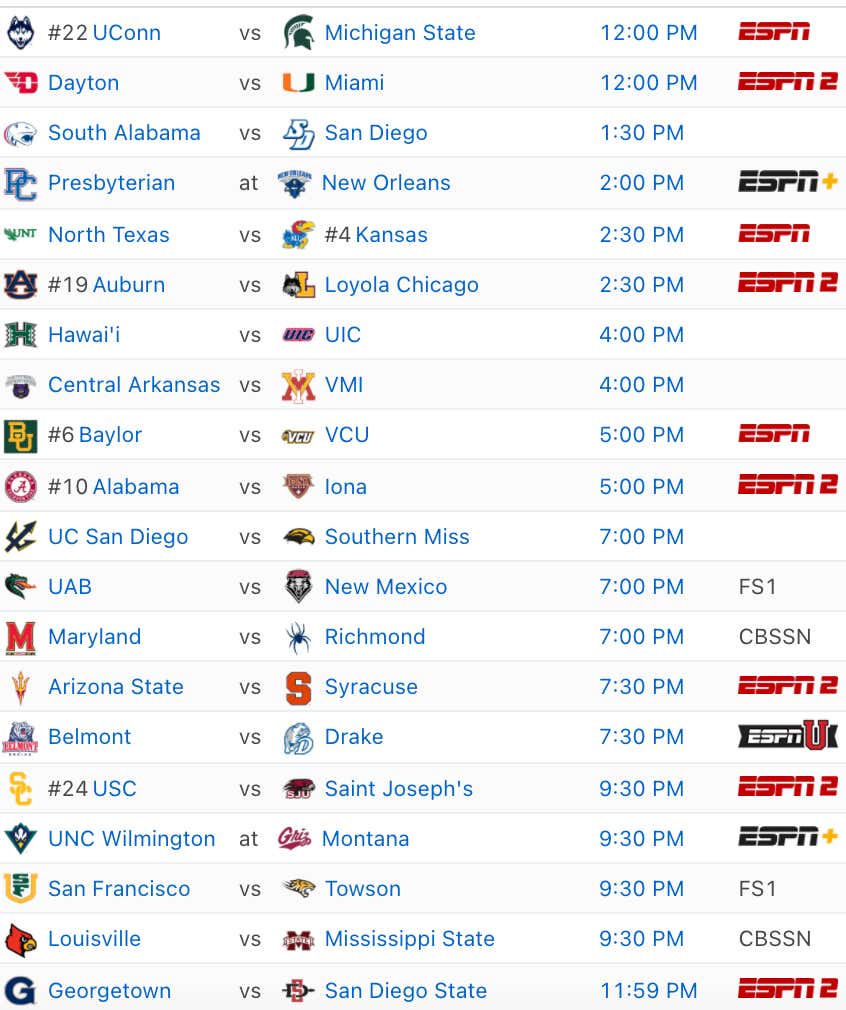 What a fucking game UConn/Auburn and Michigan State/Loyola had yesterday down in Atlantis. Now let's focus on this game. UConn coming off double OT where they basically tried to hand Auburn the game. Michigan State blowing a lead, coming back and winning on a near walk-off alley oop against Loyola. If I'm UConn here's the plan. Pressure the fuck out of Michigan State. They turn it over at a ridiculous rate and it really doesn't matter who it is. Izzo has refused to commit to the best lineup for whatever reason and you can really bother them. UConn is 13th in the country at turning teams over while UConn is 273rd in taking care of the ball. Extend the defense, get someone like AJ Hoggard a little nervous with pressure and get some free points. For Michigan State, they found something in Malik Hall who had a career game yesterday. Both teams basically negate each other size wise in the sense of Bingham being a rim protector although Sanogo is too damn strong for him most likely. If I'm Izzo, I'm doing everything possible to get lineups of Hoggard/Walker/Christie/Brown/Hall (or Bingham) out there. MSU is actually at its best when they run both point guards and you need Walker out there as much as possible. He's the best on ball defender they have and just makes a ton of smart decisions.

Sort of a weird mismatch here. Auburn's extended D and trapping means they give up a ton of threes. One thing to remember is this isn't Porter Moser's Loyola. They aren't slowing shit down and playing through the post. Drew Valentine has them playing nearly 3 seconds per possession faster and looking to attack from wings and guards - the way basketball should be played. They don't have a guy to match Jabari Smith. But at the same time they have the guys to control tempo and break the Auburn press. If they can do that, Norris/Williamson/Clemons/Schwieger should be able to knock down shots. On the flip side, Auburn is going to do what Auburn does. Fly around, look to get shots up quick. Computer projections has this game at 147. We'll take that and hope for some open looks.

The perfect game after you eat a little too much at an early dinner and get ready for seconds. Why? Because Rick Pitino is there and Rick Pitino is fucking hilarious. Also the fact that these teams are going to fly around. Both teams average offensive possession lasts less than 16 seconds. Don't make a joke. Don't make a joke. Don't make a 15 second joke. Other key here? Iona sneaky is AWESOME at getting to the free throw line. They are 7th in the country at getting to the line. We need that when trying to get over here. Really I just want to watch this game and cheer for points. I don't have any other thoughts on it.

Why exactly is Maryland favored in this game? They haven't left College Park yet. They've lost to George Mason and looked like shit against, well, basically everyone else. Richmond has the better on-ball defender in Jacob Gilyard. Richmond is going to get back and prevent Maryland from any sort of transition - which is honestly, when they are at their best. There's no reason to trust Maryland's offense in the halfcourt. Richmond also can shoot the hell out of the ball. If Maryland tries to get into a shooting contest, it's blouses. Basically I trust Richmond's experience + Jacob Gilyard over whatever Maryland is right now.

I, uh, I think Baylor might be undervalued. Just in general, not even just in this game. I know it's weird because they won a title last year. But they are still undervalued. Kendall Brown is a lottery pick. They return enough guys to still have that experience. They bring in someone likes James Akinjo. They are just set up perfectly again to where they are a top-10 team despite losing all that they did. Impressive. I still don't trust VCU. I know they beat Syracuse, but Syracuse is trash. I'm sure Syracuse will be an 11-seed and make the Sweet 16, but they fucking stink. Baylor does not stink. I don't know how VCU's offense works against this Baylor defense. They force turnovers, they rebound. There's not one single advantage VCU has.

North Texas is one of the slowest teams in the country and Kansas has been pretty damn good defensively. Not exactly an ideal matchup. North Texas at least is a decent defensive team. The key though is going to be lack of possessions + I just don't see North Texas scoring. KenPom has this game at 131 and Torvik has it at 127. So all computer projections have it going under. Both teams are decent defensive rebounding teams, limiting possessions and are decent at not fouling.

Pick: Under 131
Have a good Thanksgiving everyone. Just a reminder 20% off the store with some fire merch coming out. 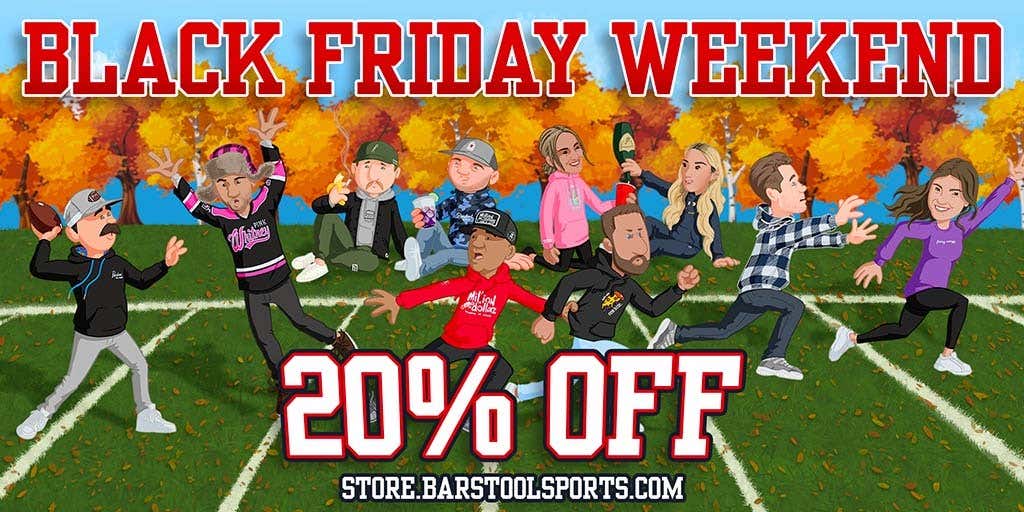