To say the Chiclets Crew is beating up the Barstool sportsbook could be the understatement of the holiday season. Tonight hits close to home as the ride continues with the Whitney Alumni boost! The trade of the century has been well documented over the years on the Pod when the Pens robbed the Ducks with no mask by trading Ryan Whitney for Chris Kunitz.  Kunitz would go on to win 3 cups with the Pens while Whit would enjoy the weather in Cali before deciding he was tired of sunburns and sand.  He was then traded north to Edmonton who embraced him as an Aldo model.  But I digress…

On to the business at hand where Whit will once again basically pick up tabs for everyone when this boost hits.  The blockbuster transaction that led to this boost will have to be a parlay of teams and players that Whit had a long-lasting effect on their game. 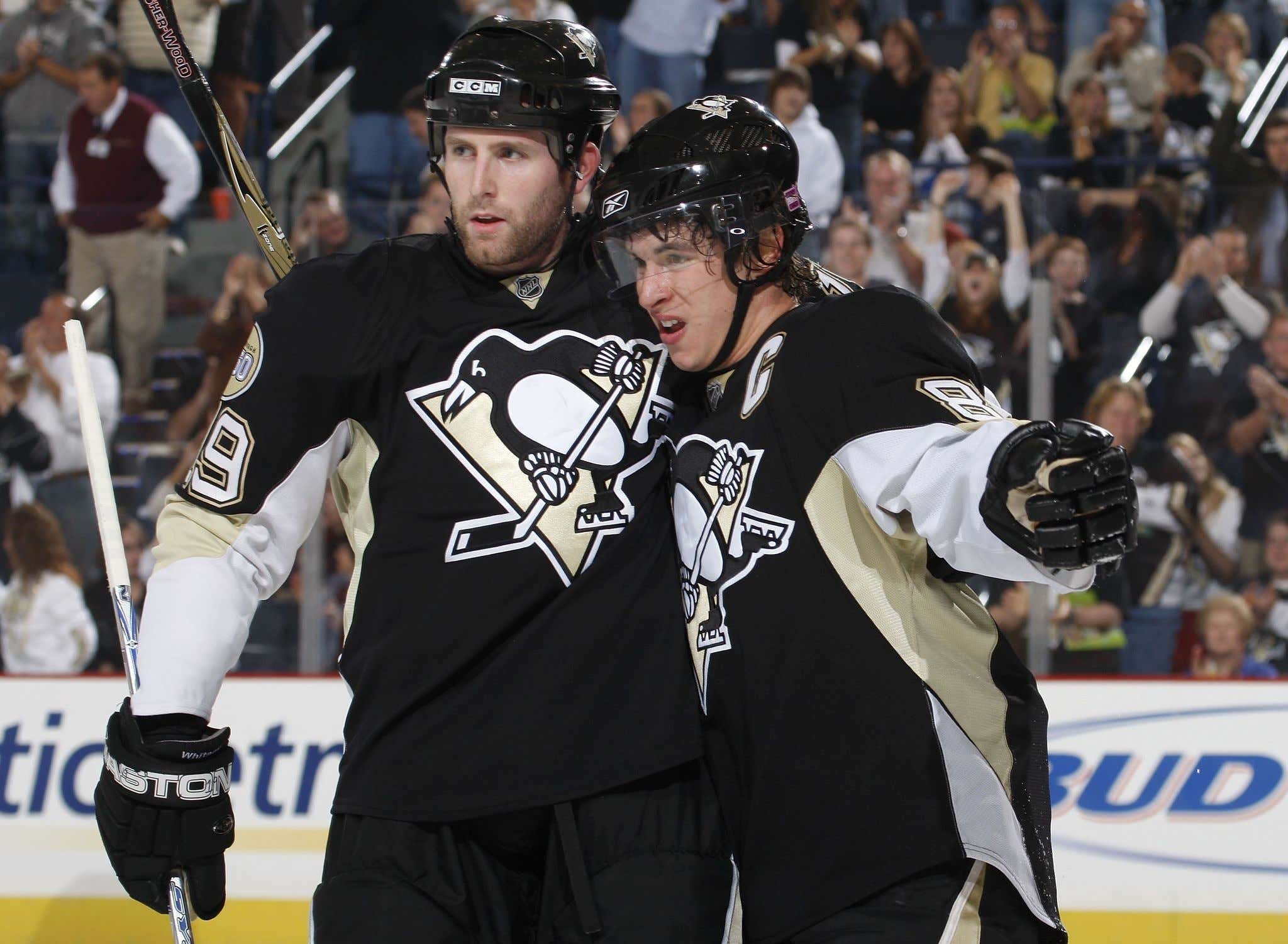 “Thanks, Sid!” is basically on the doormat to Whits' new house that was paid for by the endless amount of tap-ins fed to him by 87 or the breakout pass that turned into an apple.  Crosby is back and playing well as he has worked his way back into shape.  The Pens still go as Crosby plays.  The ask isn't much 1 point from Sid and the Pens win!! 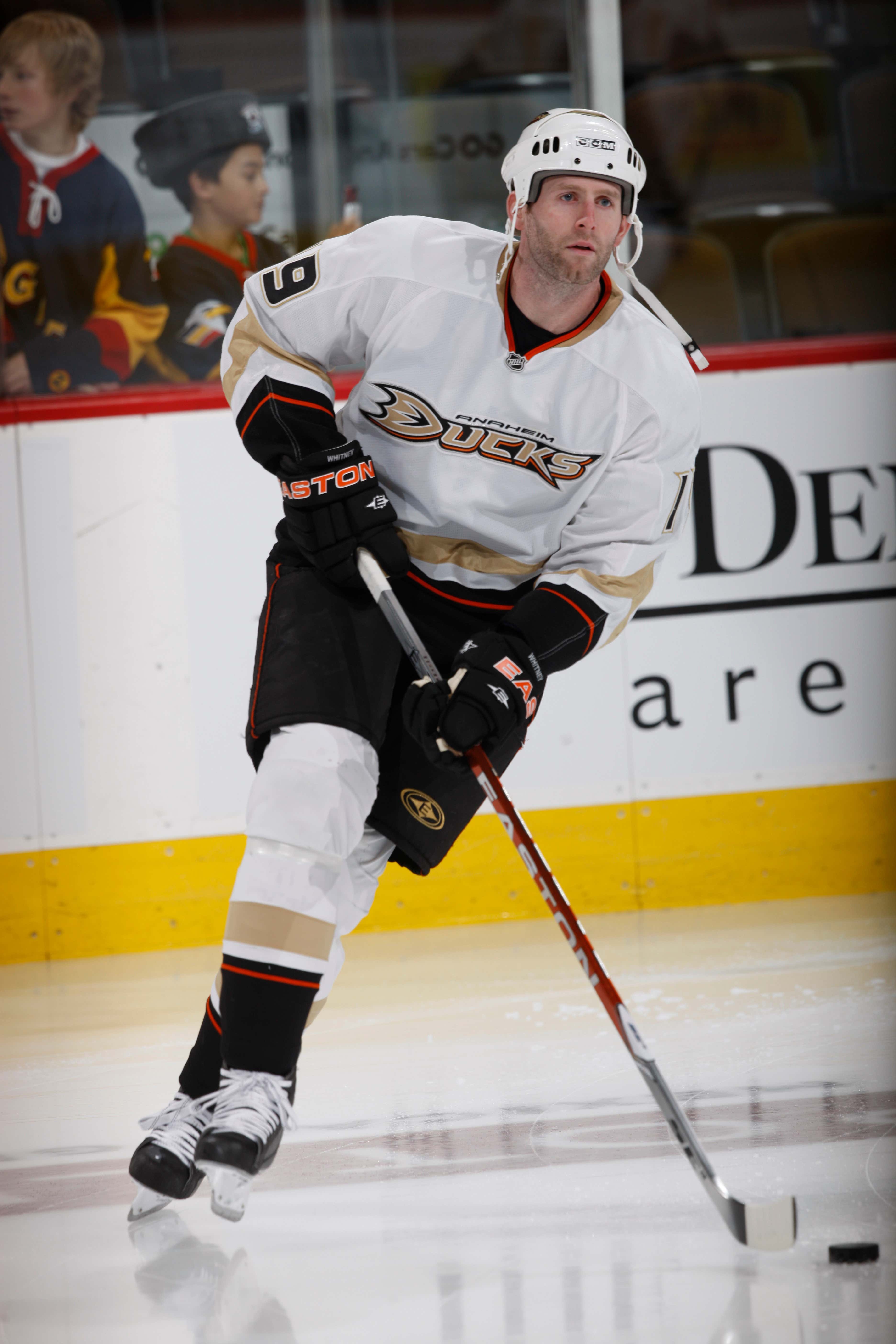 No player in the NHL has seen his stock rise over the last few weeks than Trevor Zegras.  Did this happen because The Sandbagger that featured him was put out or the chiclets boost that had him score first at +1600 hit? Or that he lives rent-free in Tortorella’s kitchen.  Rule 1 of gambling is never messing with a winning streak and rule 2 is riding the hot hand! Zegras is hotter than a Chiclets Cup in the middle of the summer! The kid is a pressure player but we do not need the first goal but just a little second assist on a PP or the sauce pass to a streaking player for the empty net. 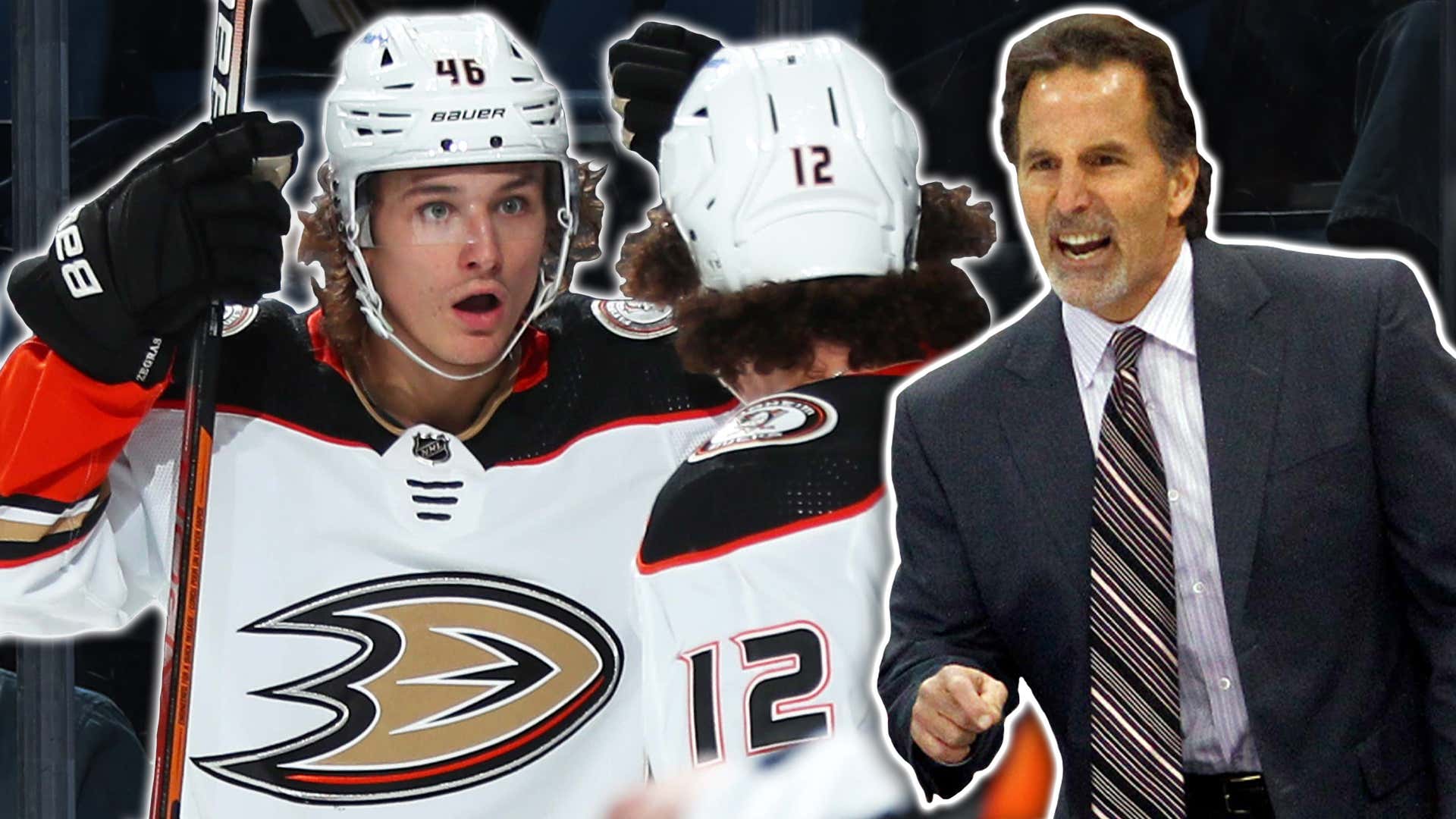 We are thankful for this trade because without it would we have a Spittin' Chiclets podcast or Pink Whitney if it didn't happen!? Get over to Barstool Sportsbook and go under the Exclusives page to ride with the Chiclets’ Crew again as we try to extend this massive winning streak against the books. 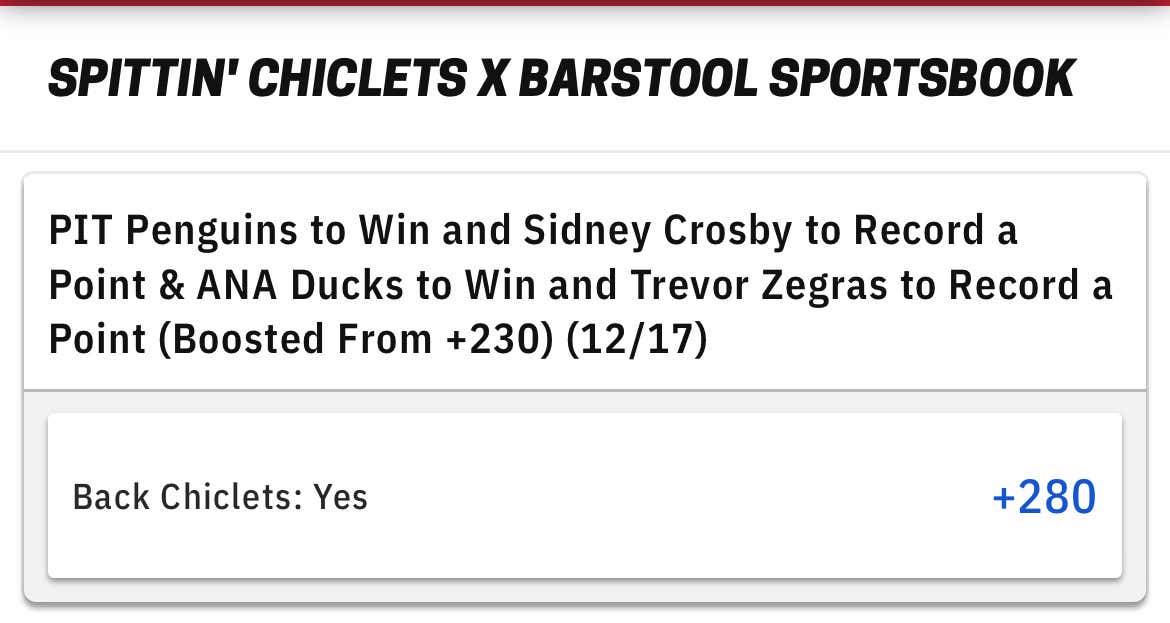