RA, Marina, Grinelli, Feits, and the list goes on and on in the Barstool world of die-hard Bruins fans.  The world got a glimpse last year during the watch parties and now the EBR and Chiclets betting world is putting pressure on the Bs to cash this boost. I call on Feits to use his fandom and support of Pasta to let him know we need a one-timer on the PP and Marina to tweet it into existence that Hallsy is a Bruin when he throws a saucer pass for an apple and we all need to get the Bruins a much-needed win!!

The Bruins have been average all year based on the normal standard of play that the organization has shown over time and to secure a playoff spot the team needs a run and it has to start tonight.  The saying is “ they don't ask how they ask how many!” This should be the mantra for the Bs' push to the playoffs. Does not matter who you beat, just beat them.  They’ve done well the last 2 games beating up teams below them taking care of the Red Wings and Sabres.  The Devils have won a few in a row, but they can't keep the puck out of their own net and this type of game will not work for them against the Bruins at home.

These are good stats for a lot of the players in the NHL but are only decent numbers for Pasta and we all know he should be a point per game playing on the perfection line. Eventually, he will have a goal-scoring streak that will have us all betting on him for an “anytime” goal. The Bruins PP has a huge night tonight and the Dunkin Donuts model picks up 2-3 points.

The bargain price contract Hallsy signed to play a 2nd line winger is proving to be a steal.  He has been without Krejci and is still doing really well.  It’s just a fact that when a player plays against his old team they end up on the scoresheet one way or another. Hall played 3.5 years in New Jersey and became the first Devil to win the Hart Trophy. He’ll be ready to go against his former team tonight. I wonder how much he puts up on the board for the Win?

Boost is simple, Bruins win, Hall and Pasta pick up a point each. 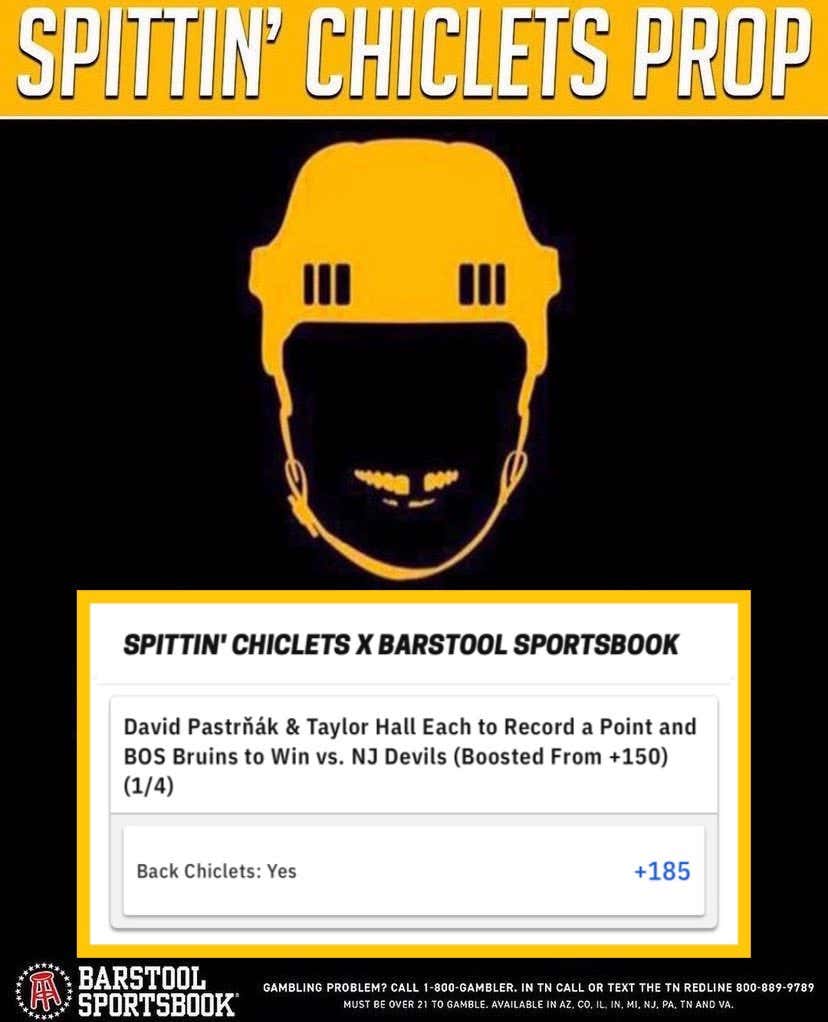