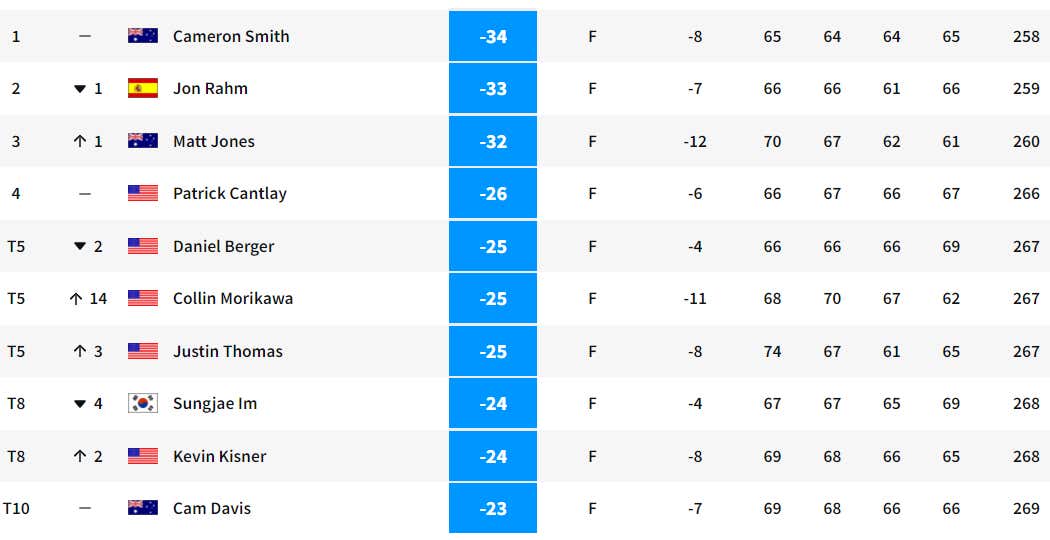 What a fucking performance by Cam Smith and the fellas out there this week. Kapalua is known to be a course that will roll over and let you pet its belly, but this week was on another level. The island has gotten a ton of rain over the past few weeks, so conditions were soft and the course was gettable. Couple that with preferred lies and you've got a formula for a birdiefest. This week was that and then some. There's ridiculous stats being thrown left and right, including 3 guys all breaking the previous Tour record of -31 in a tournament.

Even JT put up an absurd performance over the weekend and was left in the dust.

Absurd scoring aside, this is another big W for Cam Smith. Half of his 4 career PGA Tour victories have come in Hawaii, with him having won the Sony Open back in 2020. The most impressive thing he did here is outduel #1 in the world Jon Rahm. He was spotted 3 strokes over Rahm going into the weekend, but was paired with him on Saturday and Sunday and was able to hold him off in spite of constant pressure. It's one thing to play with a lead and avoid mistakes and outlast a competitor. It's another to fill it up with birdies and constantly push the bar higher and higher. That's gotta be so frustrating for a guy like Jon Rahm (who I think is far and away the best golfer on the planet) to play a lights out week of golf and still somehow fall a shot short. And even more so for Matt Jones, who had the week of his life and turned in the lowest score to par in Tour history at the time of his finish, to walk away with a solo 3rd. That's how good Cam Smith was this week.

He's proven over the last couple of years that he belongs with the very best in the game and now he's got the #10 ranking in the world to show it. Hard not to look at a guy with a phenomenal short game and great history (3 Top 10's in 5 tries including a runner-up) at a place like Augusta and not consider him to be a top contender for a green jacket not just this year, but for a lot of years to come. The 28-year old is a big game hunter and he's got the look to go with it. 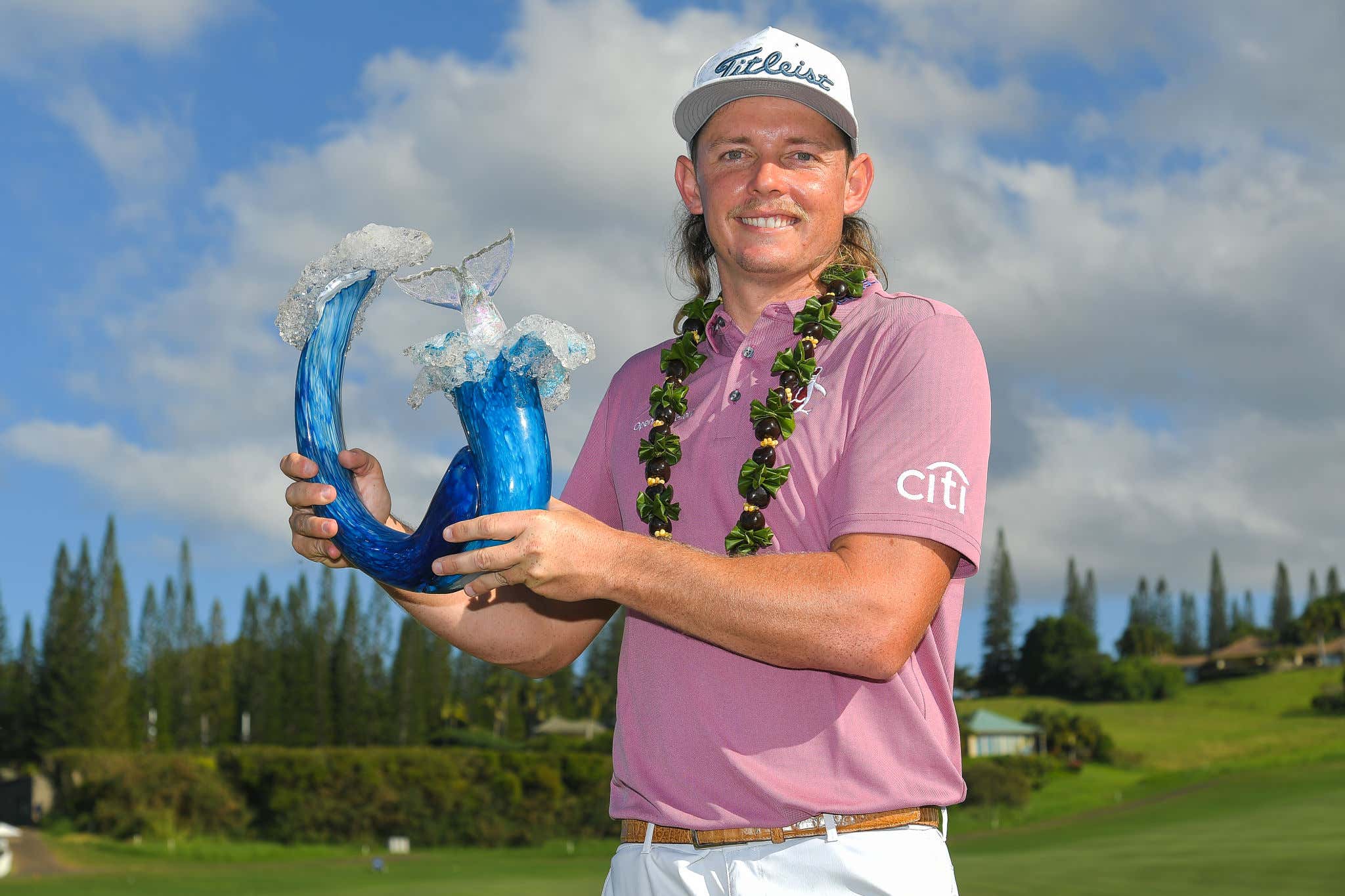 Congrats to Cam Smith, awesome tournament to watch, and can't wait for what 2022 has in store for us.