What an absolutely brutal break that I wouldn't wish on my worst enemy, let alone my Latvian brother. The whole gambling stream going from pure exhilaration to pure shock was more drama than anything TNT has ever pumped out and those motherfuckers Know Drama™.

Jersey Jerry's brain was already overwhelmed enough watching his Steelers take a 7-0 lead in a game they were damn near two touchdown underdogs for but we almost saw a man's mind explode on a live stream. 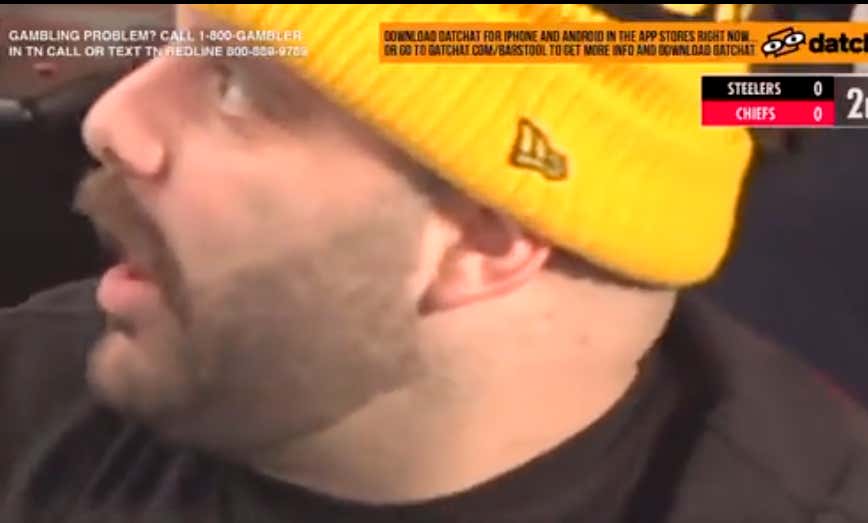 Seeing everyone in that room legitimately happy for Hank made me happy from home. However, Nick being the guy to break the news to Hank that he bet TJ Watt's older, full back playing, first touchdown not scoring brother was almost just as cruel. Nick is as good a guy as he is hilarious, but you also never truly know if he is pulling some sort of overarching joke. Hank having to compute if Nick was serious while also computing thousands of dollars leaving his betting account was worth the price of admission alone while everyone looked at Nick like he was the Grim Reaper.

The lesson as always is to not only gamble responsibly but to check your ticket after gambling responsibly.

Can't wait to see what this stream has lined up for us the rest of the night since I don't think the actual game is going to be all that exciting.