Fridays are a day that has the most hope that can come to a person with the weekend on the horizon, but for most of us, cash will be needed.  EBR has the option that can give anyone a great return on investment.  Personally, I want money to splash around on some fun prop bets and a few shots of Pink Whitney while I have 3 TVs going with soccer, football, and even more hockey. The NHL has finally listened to the Chiclets Crew about the horrendous scheduling and spread the games out on Fridays.  This is good for the viewers but bad for the Barstool Sportsbook as there are 4 games that we love. 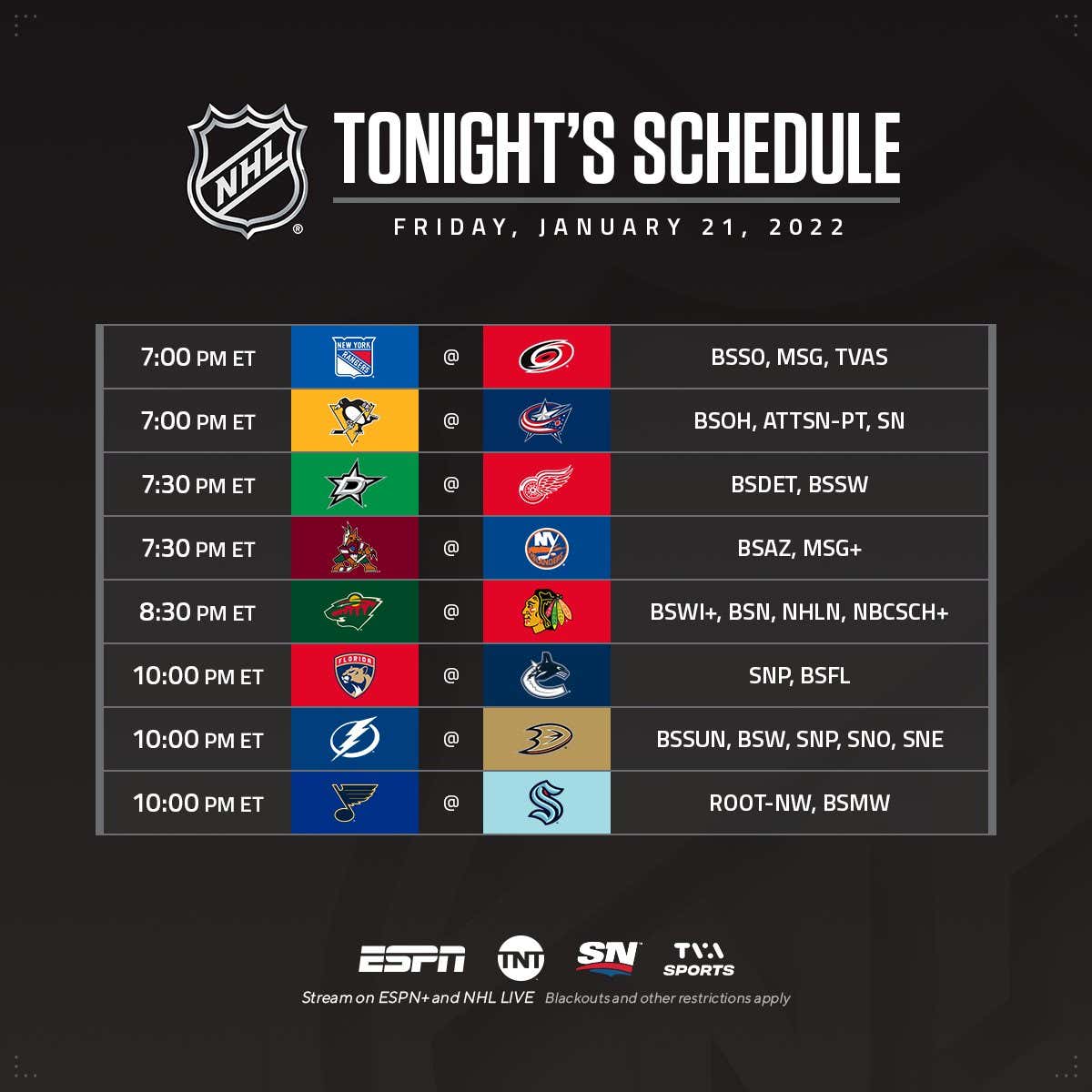 Both teams are on a back-to-back with travel so there are no concerns there. Pittsburgh has been unstoppable most of the year and now they are practically 100% healthy which is scary. The Jackets have been dangerous at moments this year with Laine upfront and Werenski on the backend controlling what feels like the 30-40 minutes a night he plays. The Pens are a different animal now with Malkin in the mix, just too many weapons for them to shut down. If the Pens can dominate the first period this will cruise to victory.

It’s all hands on deck around the Northeast trying to will this Islanders team, that was a favorite to win the cup back in August, to get in the playoff race.  Starting the season on the road for the first 2 months was brutal and then the covid fiasco really put them behind the 8-ball, but Frankie and the rest of Barstool need them in the playoffs for the electric live streams.  Sorry again Biz but the Coyotes are just not very good and are in over their heads tonight. Islanders won us our last boost so they help us again tonight!!

The Wild went into Colorado the other night and gave the Avs everything they could handle eventually losing in a shootout.  The refs were pathetic in that game or the Wild would have walked away with the 2 points. This makes them extremely hungry to get back to winning tonight.  The Hawks have improved with the new coach but the Wild are too good here. I’m hearing Eriksson Ek is returning tonight which is a huge piece of the puzzle with their success. Kane vs. Kaprizov is must watch for any hockey fan, but Kaprizov shares the Russian Gas with his teammates and they win with a Puck Line Jesus late. Did you hear about the Chiclets Crew tossing axes in Minnesota? That has to be a good sign, right?

Anaheim had a great start and surprised a lot of teams and fans around the NHL, but tonight it’s the 2-time defending champions and they won't be fooled. Tampa is a favorite to bring the jug home again and one of our favorite players Victor Hedman is having a monster year. Point, Kucharov, Stamkos, and everyone else is too much for this depleted Anaheim roster.  All-Star goalie John Gibson will try to keep them in it but Tampa is too much. The Ducks have a great future but this is the older brother -younger brother scenario and everyone once in a while you have to beat up your younger brother.

Give over to the Barstool Sportsbook and go under the Exclusives page to ride with the Chiclets Crew and start your weekend with a +475 winner!! Everybody Rides!!! 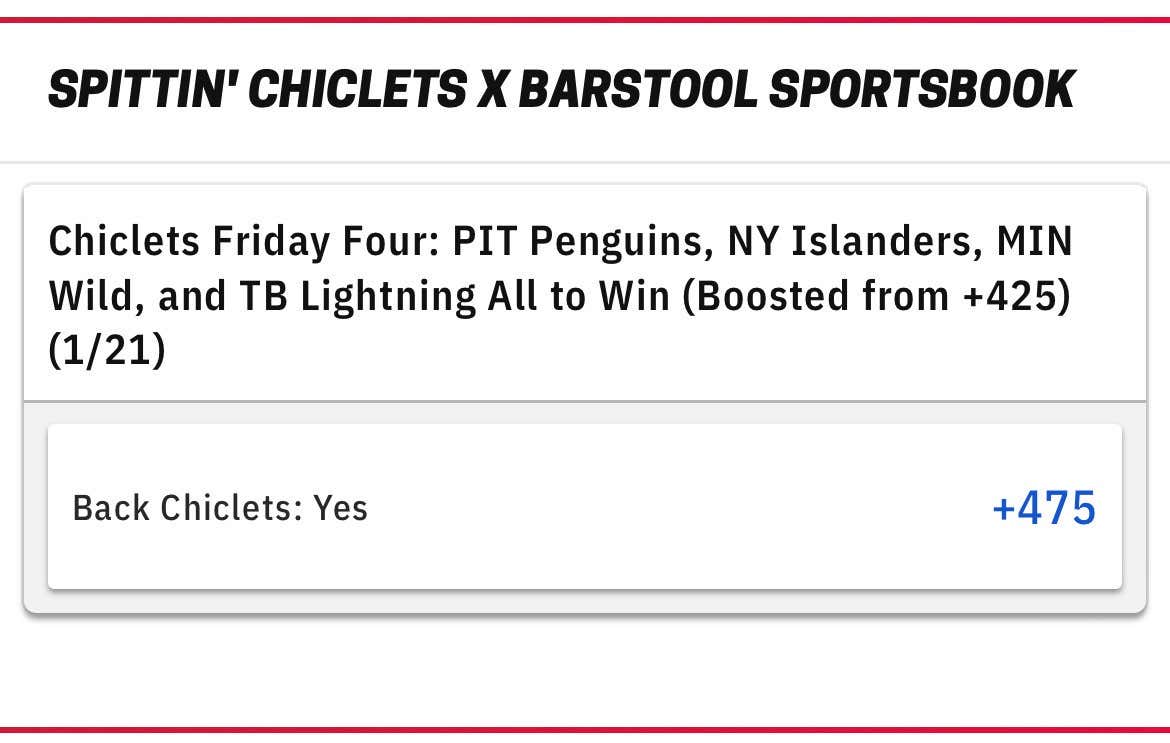