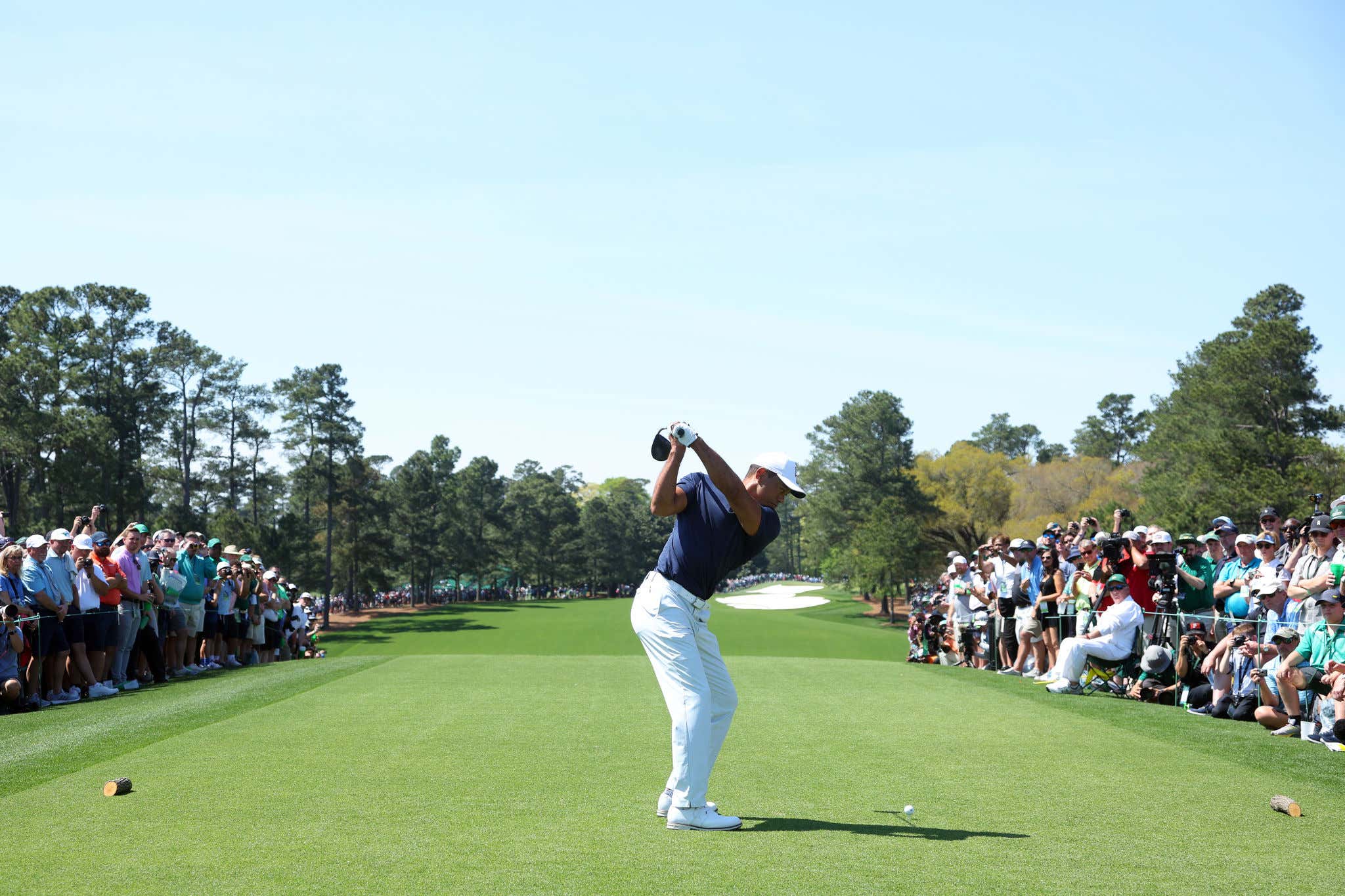 Hello friends. It's time for the Masters.

Yesterday I laid out a massive 5,906 word blog previewing this entire tournament including my pick to win (JT). Go read it. It's spectacular.

On a lesser scale, each morning I'll be dishing out the lay of the land for that given day's action. Weather, tee times, pin locations, daily props, H2H's, the works.

Here's one final look at the top of the outright betting board at the Barstool Sportsbook before the action officially starts at 8:30 AM: 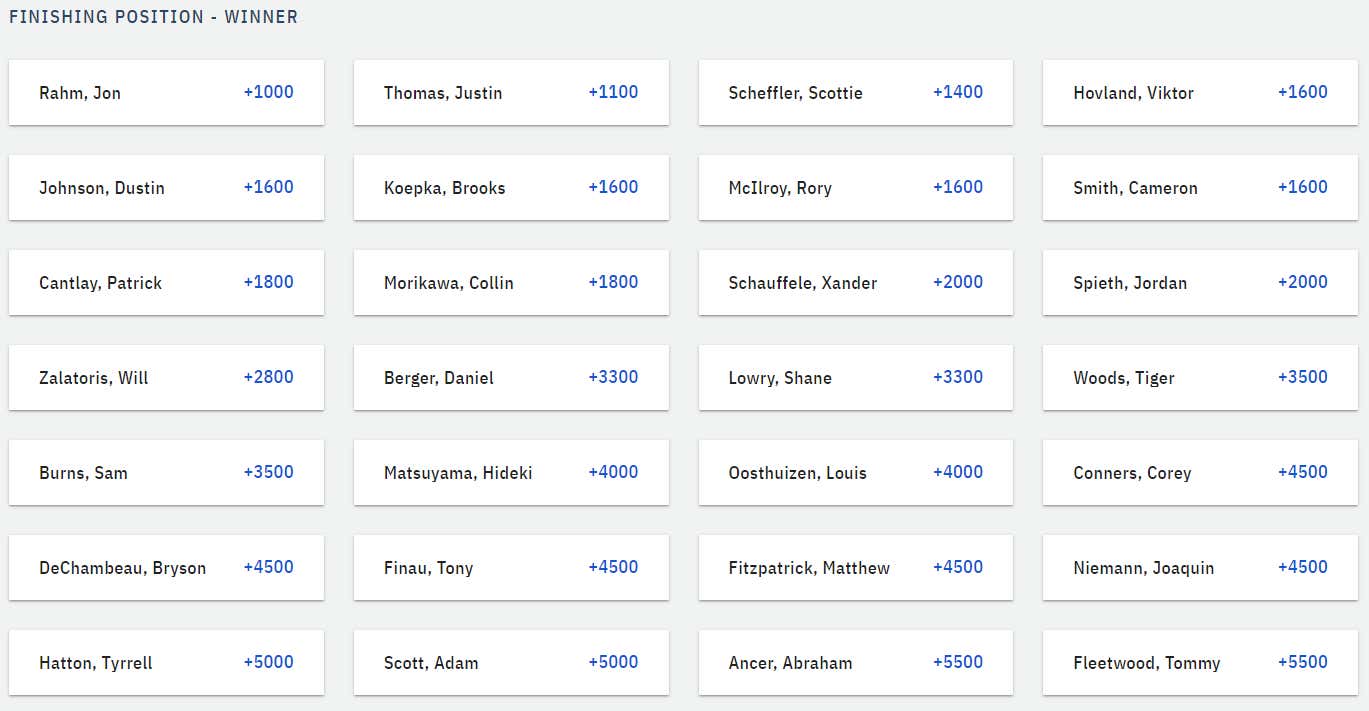 First off, bad news. We gotta wait another 30 minutes to get this rig rolling

So tack on 30 minutes to each of these times. 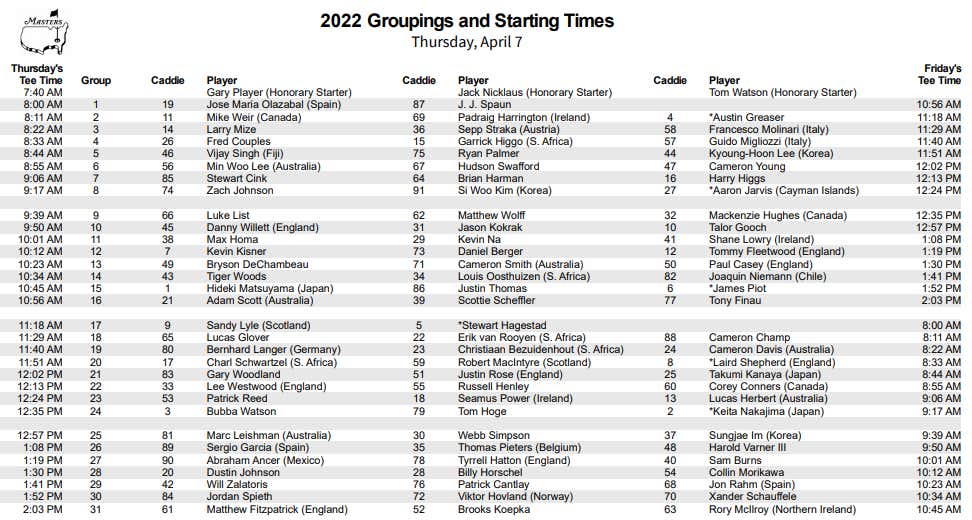 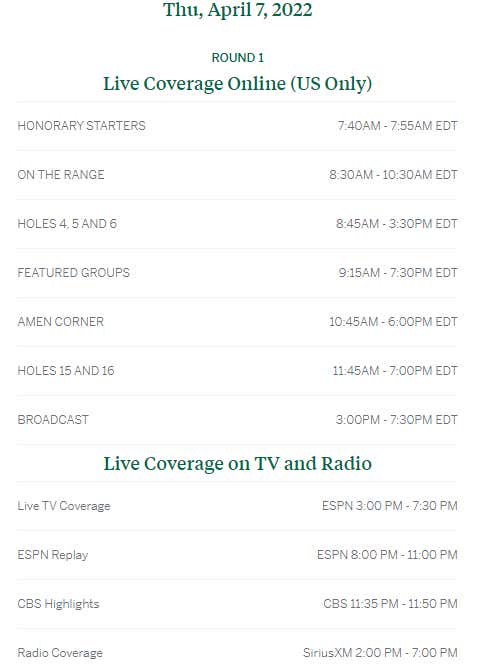 Tons of coverage on the early end at Masters.com and ESPN+, followed up by full coverage on ESPN at 3. You'll be able to watch every shot that each of your favorited players hit on the Masters.com leaderboard too. They usually have some fun new wrinkles to what they offer online, so that's something to look forward to.

As for featured groups, here ya go: 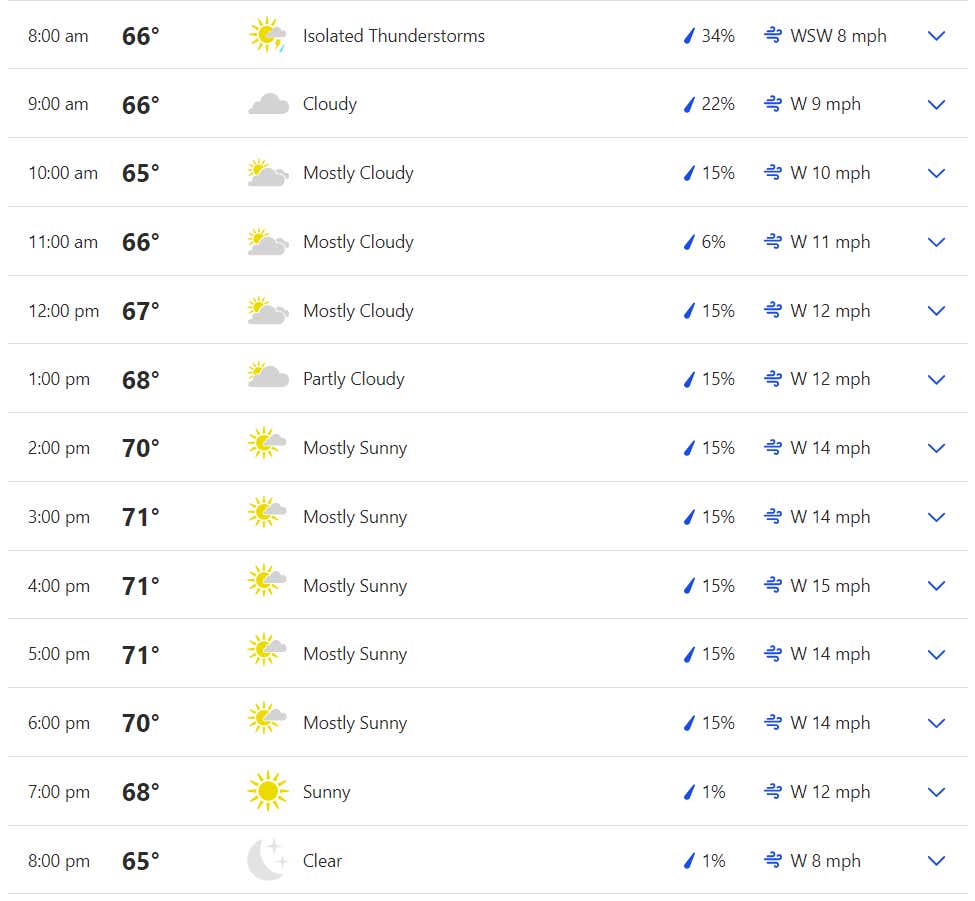 Obviously some scattered thunderstorms as the early guys warm up, but it should be smooth sailing from there. Course is gonna be nice and soft to start off, even with the sub-air systems they've got sucking moisture out of the property. Should be glorious by mid-day. The wind will pick up a bit as the day goes, which probably gives a slight edge to the early guys.

Jordan Spieth 1st Round Leader +2500 - I just can't lay off of the Spieth sauce. There was a point in time where he had been the leader or co-leader after something like 5 of the 9 rounds he had ever played at Augusta. I don't remember the exact number but it was something ridiculous like that. Obviously that ratio has dropped heavily but I still can't shake it. Not at a number like +2500. His late tee time probably isn't ideal but at least we'll know pretty quickly what number we're chasing.

Marc Leishman 1st Round Leader +5000/Top 10 After Round 1 +500 - Nobody has gained more strokes on approach shots per round at Augusta than Leishman the last 4 years. He's also in the Top 5 for 1st round scoring average (71.0) of anyone who's ever played in 5+ Masters. Aussie Aussie Aussie.

Garrick Higgo (-175) over Guido Migliozzi - A couple of youngbloods here that qualified for this tournament with feats about 9 months ago. Neither are playing well recently but Migliozzi is playing worse. And Higgo has the length and the classic Augusta advantage of being the lefty.

Marc Leishman (-105) over Sungjae Im - See what I said above about Leish. And Sungjae is the favorite here because he finished 2nd in the 2020 Fall Masters where Augusta rolled over and let everybody pet its belly. When Augusta showed its teeth in the spring last year, Sungjae faltered and missed the cut. Guess which way I think the course will play this year. Feel free to throw Webb in and play Leish +180 in a 3-ball too if you're feeling squirrely.

Lastly, final boarding for the Unders Club. Don't be a sucker. You want this hoody. You need this hoody. Root for birdies.

Let's have a day…. at the Masters.