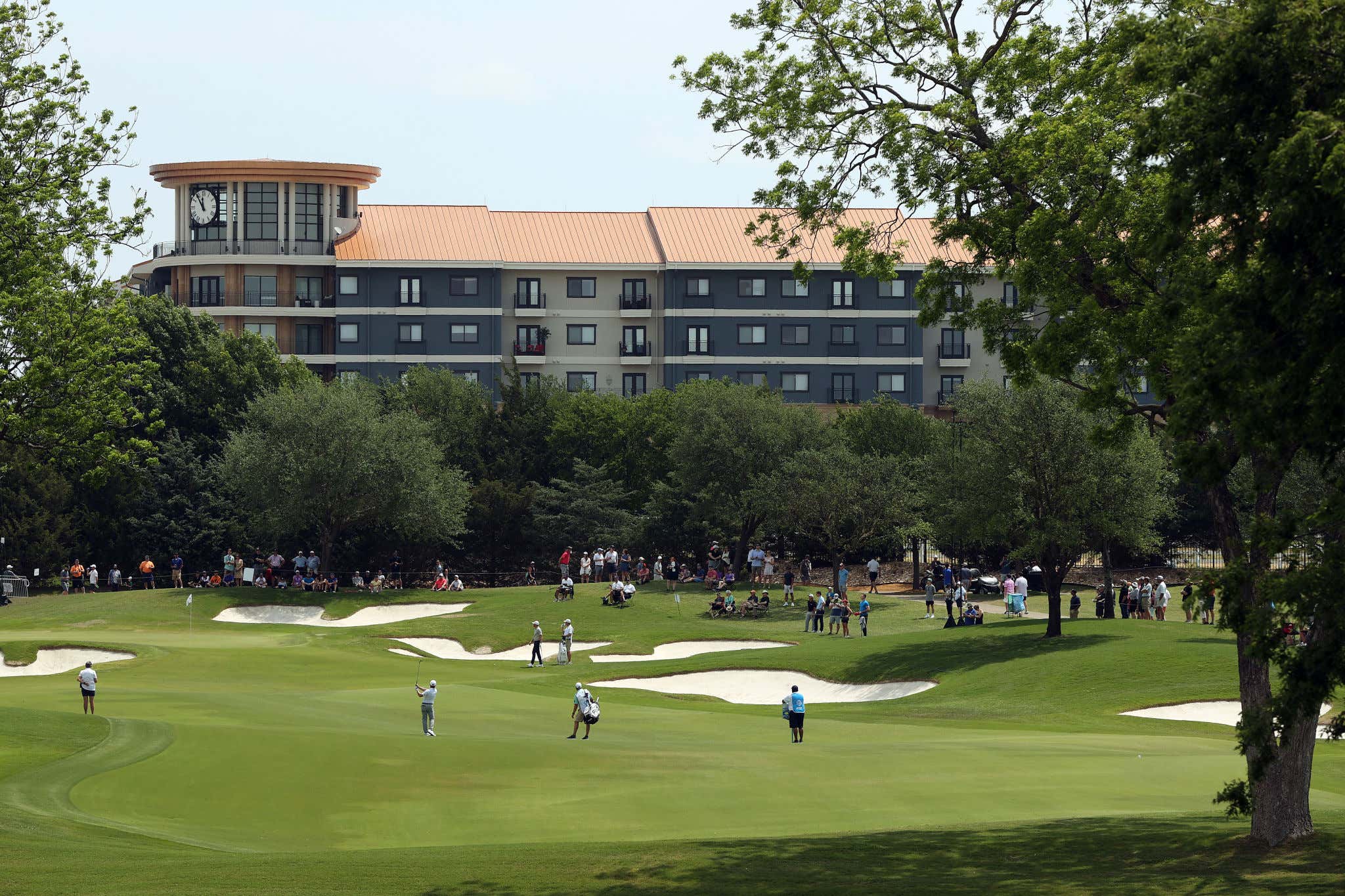 Ah yes, the Byron Nelson. One of the oldest stops on Tour, dating back to 1944. Formerly known as the Dallas Open, this tournament has been played at a variety of courses in the DFW area over the years. Most recently, the Byron Nelson has landed at TPC Craig Ranch, the 13th different course this tournament has been played on. We've got a great field here, as 7 of the world's top 15 are teeing it up as they prepare for the PGA Championship up north in Tulsa, OK.

Last year's leaderboard, along with recent winners (all of which occurred on other Dallas area courses except for 2021)… 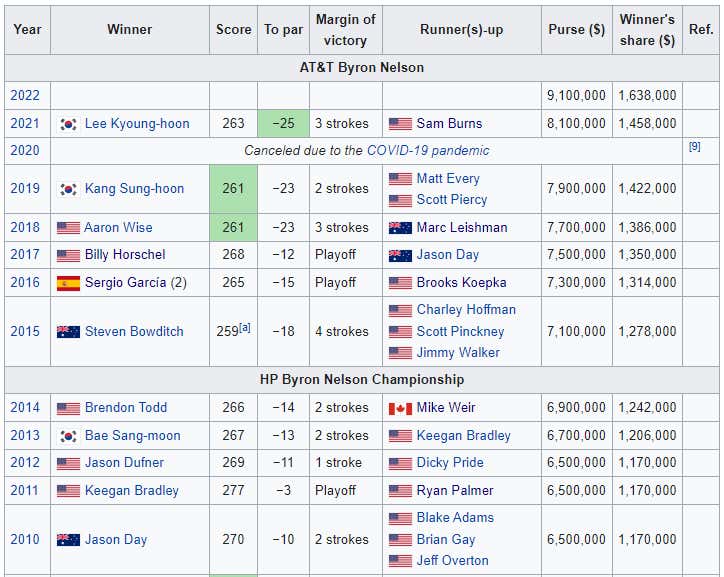 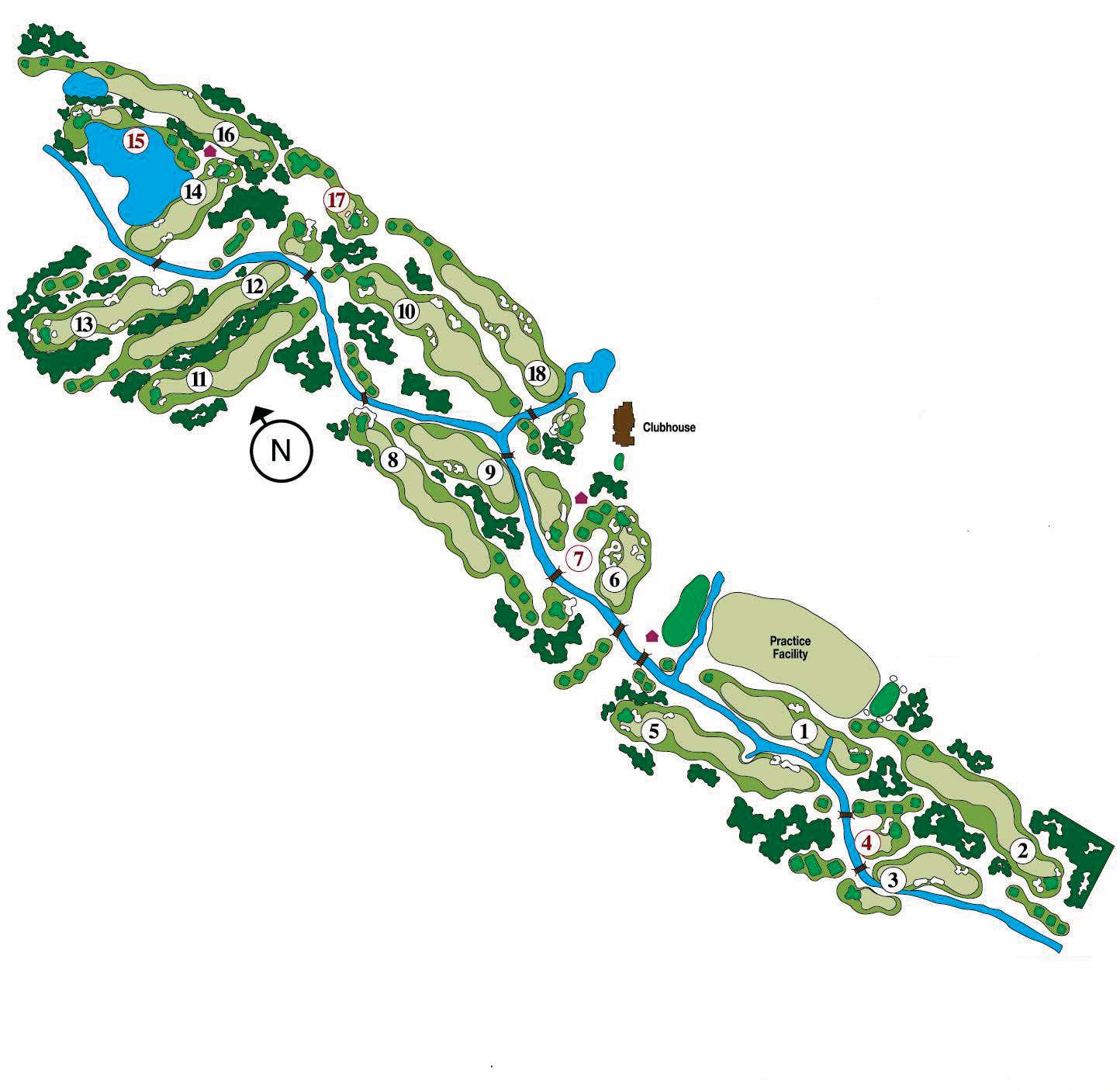 For this tournament, TPC Craig North will be a Par 72 measuring about 7,500 yards. As it relates to the scorecard above, the 12th is playing as a par 5 at 547 yards. So it's a pretty long course, but plenty of opportunities to score. Especially on all four of the Par 5's. It's a Tom Weiskopf design finished in 2004, and is named after real estate developer David Craig. Craig was adamant that he get the PGA Tour to his golf course, and pestered those in the know about how to make his course a PGA Tour destination. Mission accomplished.

You'll see in the diagram above that Rowlett Creek runs throughout the property. That's the real danger out there, and it presents some decisions as to lay up or send it on a good handful of holes. That will lead to a lot of mid to long irons from 175+. The scores from last year might make you think otherwise, but this isn't a smash and wedge fest like a lot of low-scoring Tour events. 3 of the 4 par 3's are from 200+ too. Needless to say, the course plays pretty long. Typical Texas. 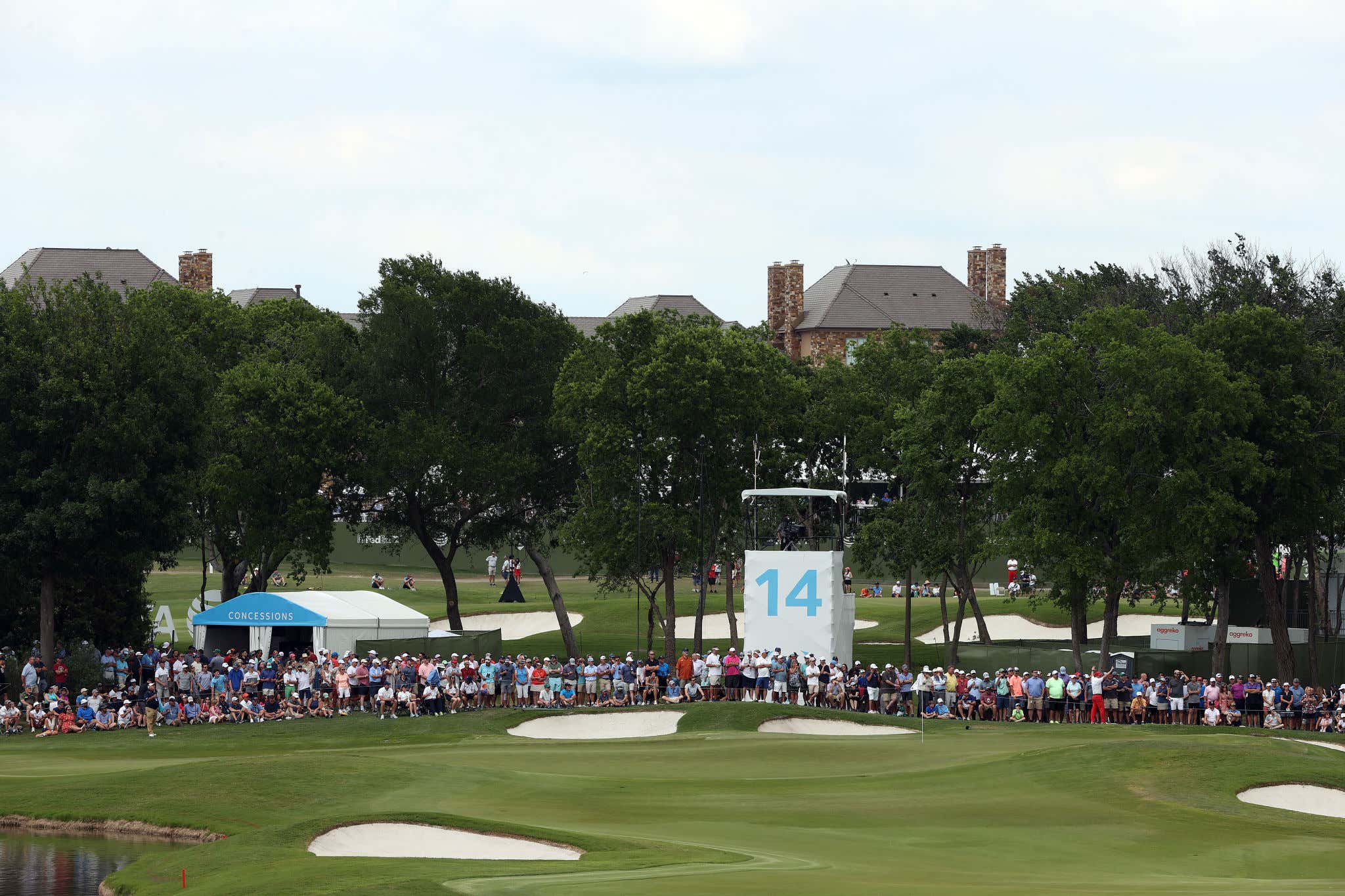 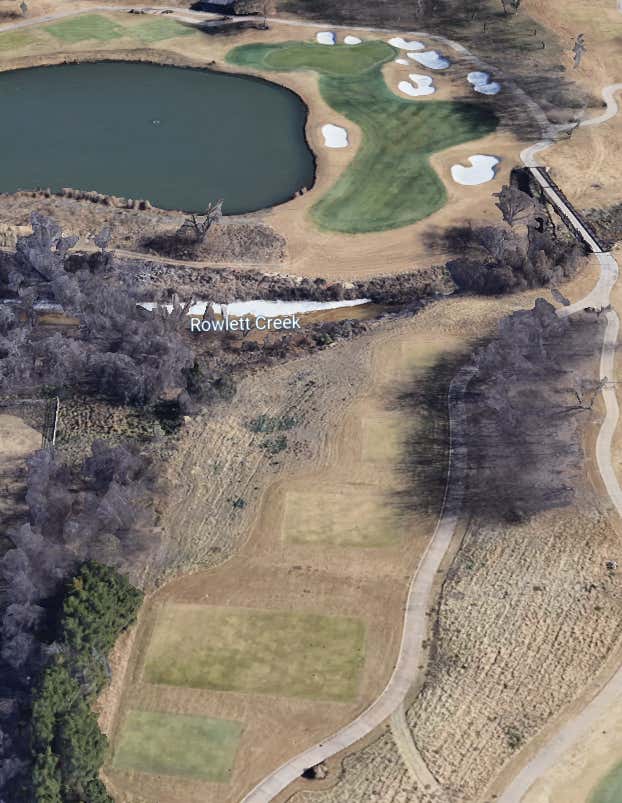 Love a good drivable par 4. Water all down the left, green complex slopes in that direction… great risk-reward at play here smack dab in the middle of the back 9. I would imagine nearly the entire field will give this green a go, especially when the pin is anywhere but that far left shelf. Gonna be a fun one.

World of difference from last week's Wells Fargo. The boys will be breaking a sweat out there. 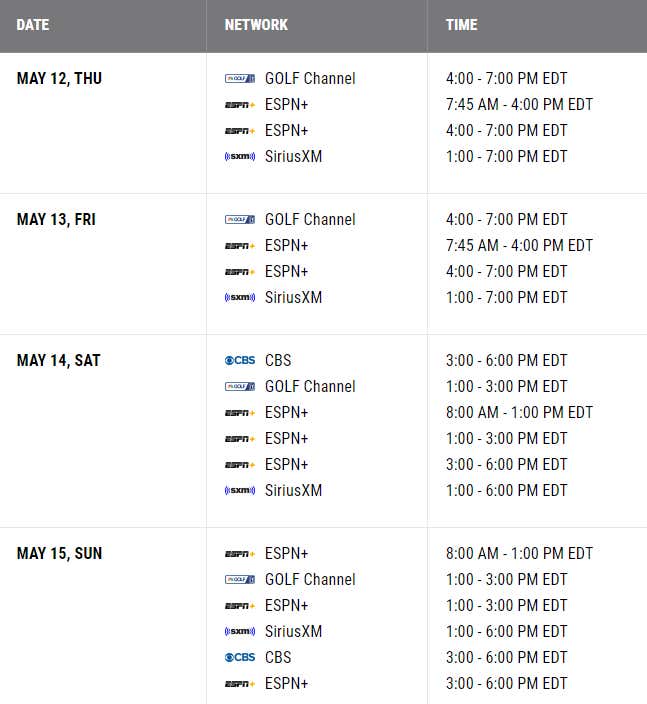 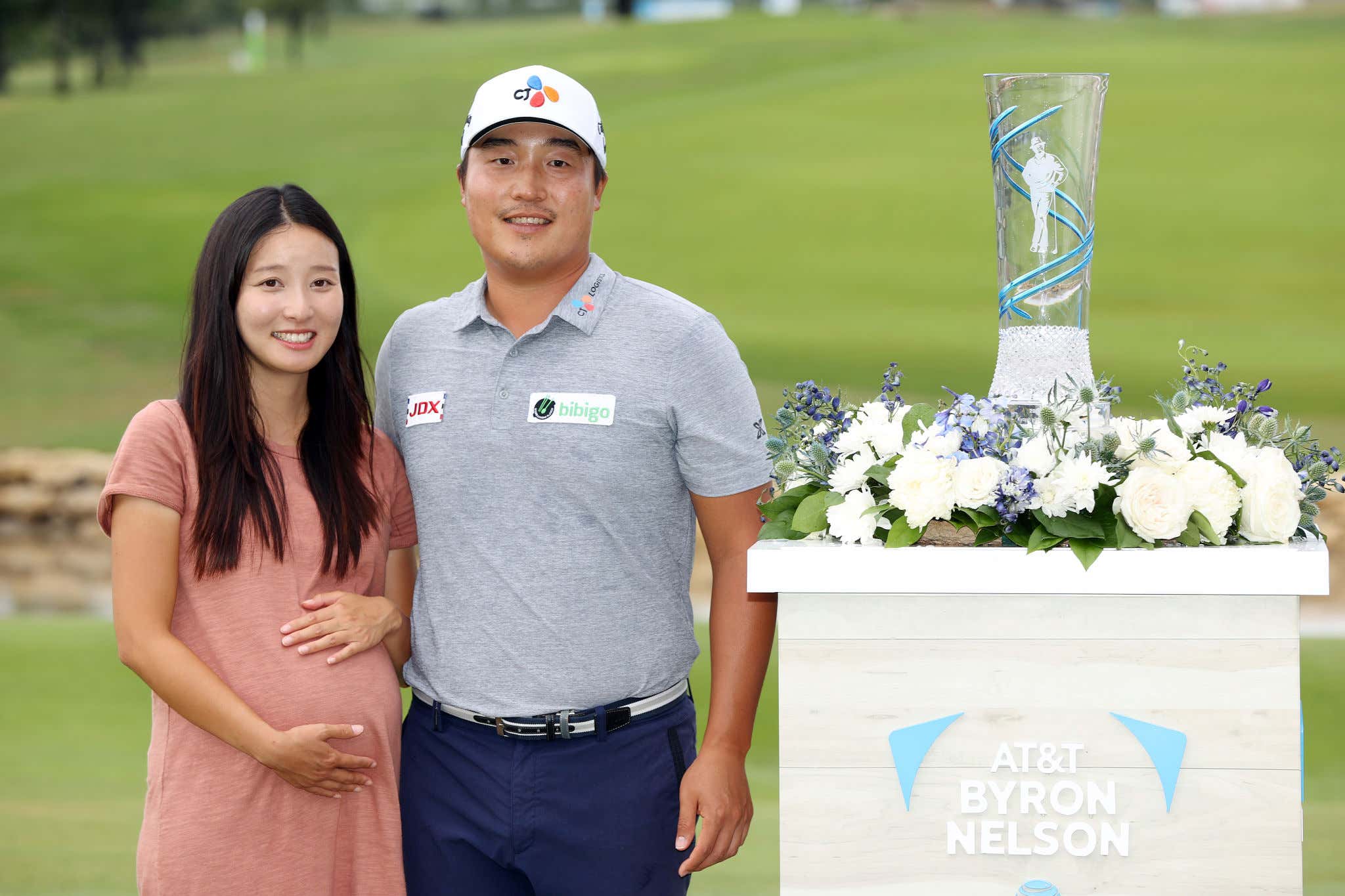 Texas boy Scottie Scheffler is finally a favorite at +1000 at the Barstool Sportsbook. Vegas has finally caught up with the world #1 and has him ahead of the likes of JT, X, and Spieth. Of course, it wouldn't shock me if a guy who's won 4 of his last 6 tournaments and fucked around and shot a 64 at Southern Hills (next week's PGA Championship course) in a practice round last week were to go on and win this week, but I'm gonna go another direction here.

I'm on Will Zalatoris +2000. He hasn't teed it up since finishing T-6 at Augusta, but he was obviously playing great golf at that point in time. He made the quarters at the Match Play, which was also in Texas. He had Torrey Pines in the bag earlier this year before missing a short putt to win on the 72nd hole… he's knocking and he's gonna get one soon enough. He's a Dallas area native and plays a ton of golf around here with Tony Romo, as I'm sure Jim Nantz will tell you repeatedly as he wins his 1st PGA Tour title this weekend. Guy absolutely strikes it with the long irons and has the distance in the bag to win this week. Finished T-17 here last year and this week he gets the dub. Let's go Z.

Dustin Johnson To Win +2200/Top 10 +275 - DJ hasn't been quite himself the past couple years, but I thought he returned to form at the Match Play and Masters. May have missed the cut at Heritage right after, but he never plays well there anyway. These are good odds for DJ.

Talor Gooch To Win +4000 - Having a great year, sitting 8th in the FedEx Cup standings. Should probably be closer to 30/1.

Kevin Kisner To Win +10000 - Realistically this course is probably too long for Kis to win but 100/1 is flat out disrespectful.

Cameron Champ Top 10 +550 - Champ's been playing good golf recently and has the length to compete here.

Justin Leonard Top 40 +800 - Guy's playing his first Tour event in 5 years at age 49 to prep for the Champions Tour when he turns 50. Who the heck knows what he's capable of, but I'm excited to find out.