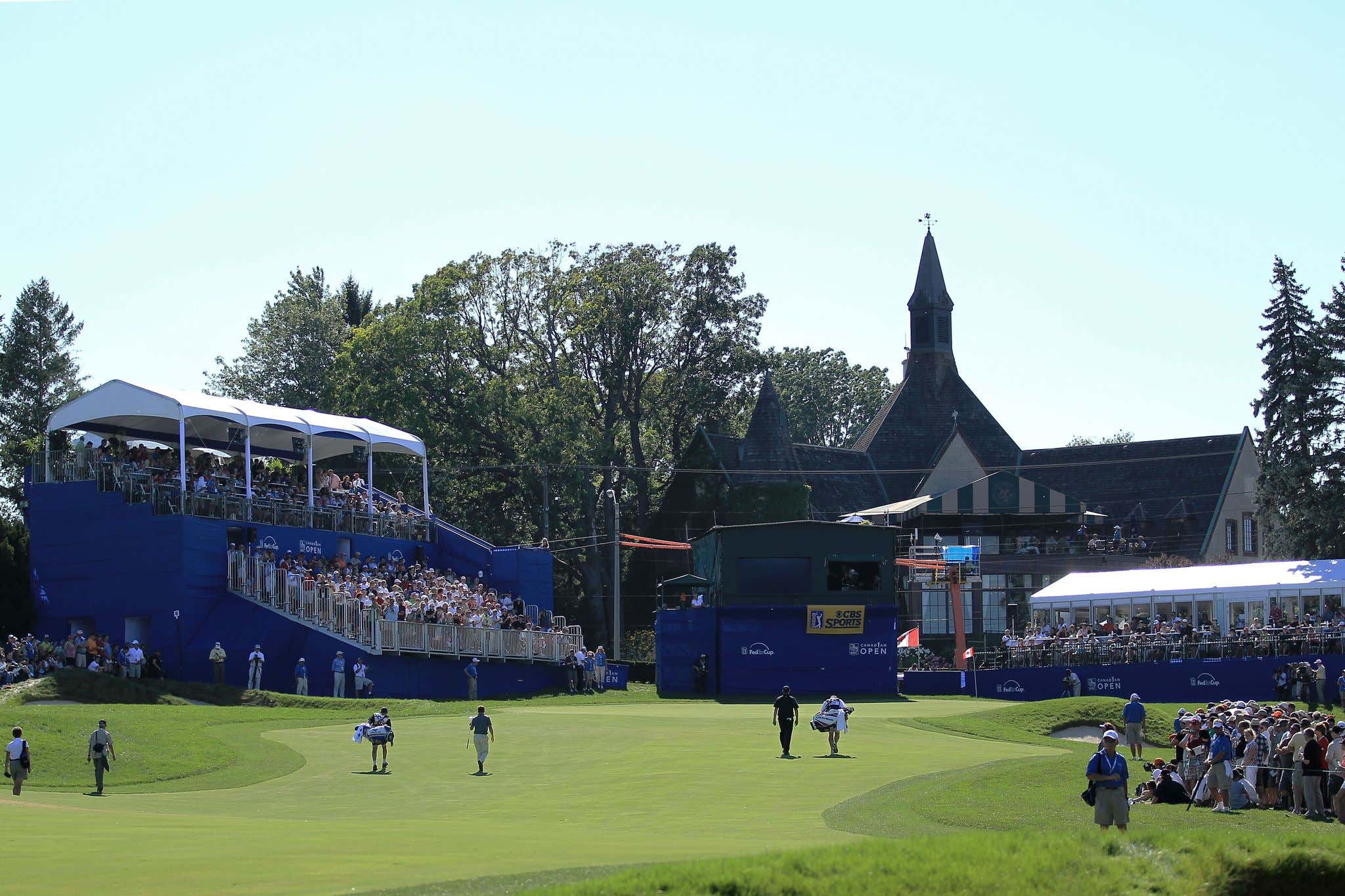 The PGA Tour is back in Canada for the first time in 3 years for the final tune-up before next week's US Open. After a 2-year hiatus due to COVID, golf's third oldest open championship will be contested at St. George's Golf and Country Club, just outside of Toronto. This is a championship that's been played at a variety of courses over the years - mostly at Glen Abbey in recent years dating back to 1978. But this week it's St. George's for the 6th time and for the first time since 2010.

Last time the Canadian Open was held in 2019, Rory McIlroy won in a 7-shot romp at Hamilton Golf and CC. It was a perfect example of what that dude is capable of when he brings his A game, especially when you couple a low Sunday round with some good play Thursday thru Saturday. I'm also including the 2010 leaderboard, which was won by Carl Petterson after a low Saturday round where he threatened the fabled then-Tour record of 59 by burning an edge on a putt on the 18th hole.

I've included both leaderboards (which are trivial, really) along with recent winners of the Canadian Open. 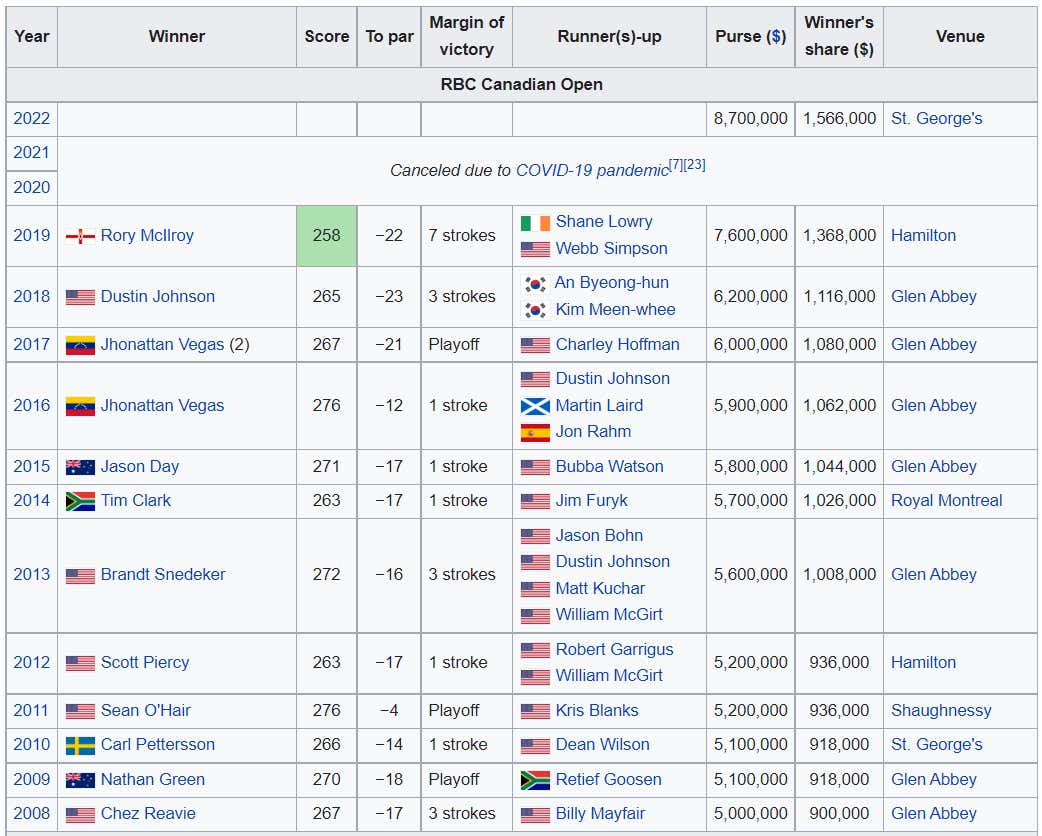 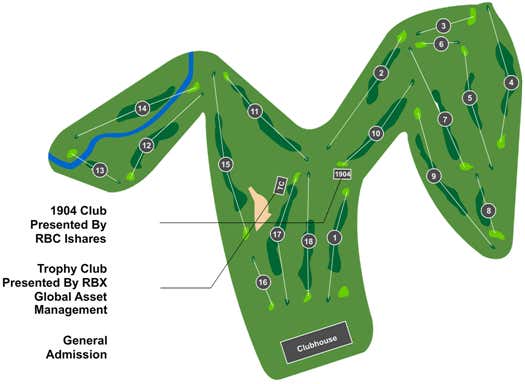 What this course lacks in length, it more than makes up for with tree-lined and narrow fairways. That's a stark contrast to most Canadian Opens, where Glen Abbey is essentially a bomber's delight. Accuracy will be absolutely critical here. The superintendent has stated that the rough has been grown out to US Open length. This is very much a tune-up for Brookline next week. The bentgrass greens have been cranked up to a 12.5 on the stimpmeter, so they're gonna be rolling quick.

If you look at that 2010 leaderboard, you get a bit of an idea of what type of golfer thrived here. Guys like Luke Donald, Matt Kuchar, and Charley Hoffman are hardly renowned for their distance. They thrive on target golf and hitting their approach shots from the fairway. Expect more of the same this year. The teeth of this course is in the finishing 4 holes, featuring the course's hardest hole by handicap, and then 3 long holes to cap things off.

Oh, and due to the way the course is routed, the tees on Thursday/Friday will be split off of #1 and #9, instead of the traditional #1 and #10. 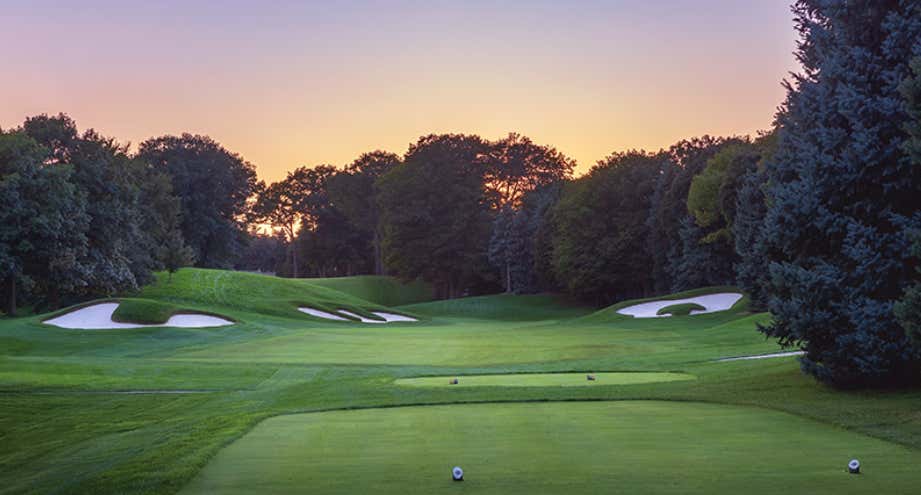 The par 5 15th is considered to be the most memorable hole at St. George's. If Tom Doak says so, who am I to say he's wrong? It's intimidating to the eye off the tee, as the fairway shrinks and the large fairway bunker juts out in the middle of it. Nearly the entire field will drive short of that bunker, but the contouring of the hills around it can make for a blind 2nd shot if you drive it down the left side. Visually it may look like it favors a draw, but it actually favors a fade working off that bunker to the right side of the fairway. There are no greenside bunkers, but a chute bordered by both trees on both sides protect any wayward 2nd shot approaches in. Scores can be made here, but it can make you pay too.

Cool and a little breezy. Wet conditions could soften this place up a bit too. Rain overnight caused lift, clean, and place on Saturday in 2010, hence Petterson's 60. 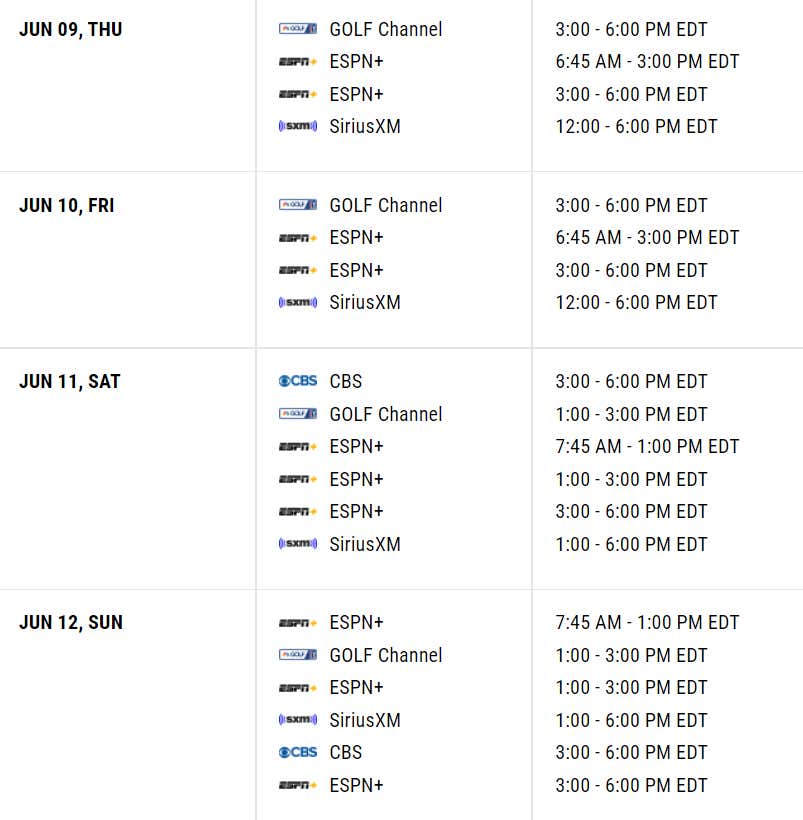 It's a CBS weekend north of the border.

Tiger has made a ton of big time shots in his career, but none were ballsier than this one on the 72nd hole of the 2000 Canadian Open. 6-iron from 218 over water from a wet fairway bunker to win his 5th goddamn tournament in his last 7. The PGA Tour did an awesome oral history of the shot HERE. Give it a read. 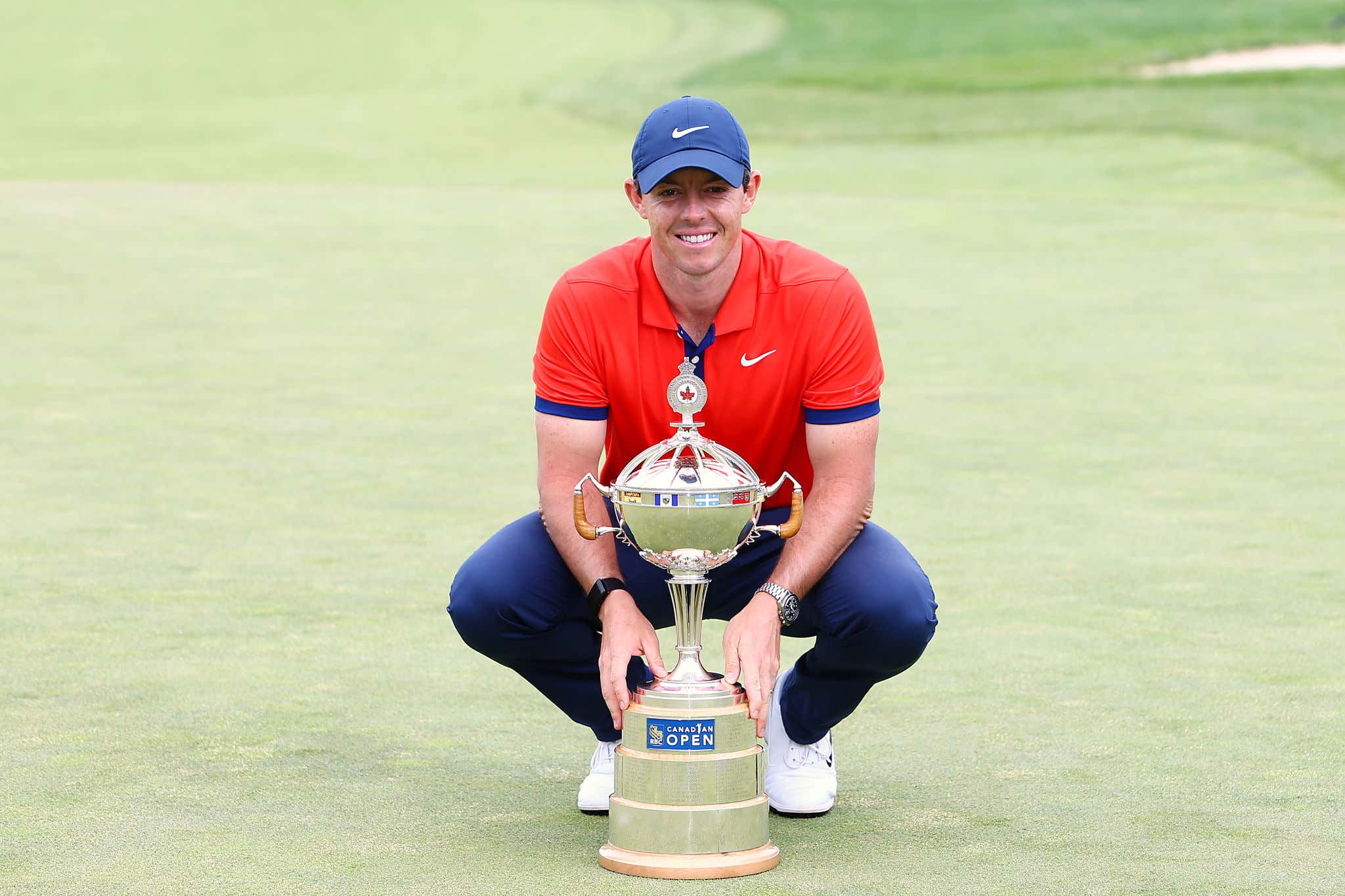 This hardware is all class. Beautiful looking trophy with some distinctive features - the iconic Canadian maple up top, the leather handles on the sides, and a base with the winner's engraved on the rings. As more years go by, more rings get added. Sounds a lot like the Stanley Cup to me, which is more than fitting. The top pops right off of it too. I give it a very solid 8.6.

This is a pretty top heavy field, as there's some big names near the top of the board and then the drop off after the first dozen guys or so is fairly steep. Scottie Scheffler, who wasn't even on the PGA Tour last time this event was played, is your betting favorite at +850 at the Barstool Sportsbook. Defending champ Rory is right on his tail at +900, along with recent PGA Champion Justin Thomas. None of the 3 are my guy for this week.

I'm all over Corey Conners at +2000. No Canadian has won this event since 1914. So what? The guys on the front page of this leaderboard are not going to be the guys with the sexiest games in town. That's Corey Conners to a T. He's fairways and greens baby. Doesn't hit bombs, doesn't shape shots, just does the simple shit and does it well. He's finished 13th or better in 5 of his last 9 events, so his form is relatively strong and you know this tournament means a little bit more to him than anyone ahead of him on this board.

Harold Varner +3300 To Win/Top 10 +250 - I've been saying for a while now that he's gonna get himself one of these soon enough. I think the profile here is similar to RBC Heritage, which he's contended in 2 years running.

Matt Wallace Top 10 +1000 - Former world Top 25 player had a tough run the past 9 months, missing 14 cuts worldwide in a 20-start span and falling all the way to 150th. But he's rebounded with a T-5 and a T-18 the last 2 weeks on the European Tour, which has me believing he's back on track and a great value at this price.

Matt Wallace over Scott Gutschewski Round 1 -114  - You think I'm not taking him in a toss-up H2H against the 669th ranked golfer in the world? Come on.

Keith Mitchell Missed Cut +200 - Mitchell is a bomb and gouge guy. Exact opposite of what's needed here. Probably good enough to get by and make the cut anyway, but this is a good price in case he doesn't.

That's what I got for this week. This week's LIV Golf preview coming…. never.