Always loved this quote (originally from Carmela that Tony steals). Why am I referencing this ?

Because today on the MLB Trade deadline ... this motto is facing the Mets , my favorite team, square in the face.

The Padres have made moves- maybe the biggest move landing Soto and Bell, the Dodgers are in on every big name out there, the Astros made moves, the Cardinals are making moves, and worst of all The Yankees have made multiple moves.

If the Mets want to compete with the rest of the league in terms of World Series contenders, they need to make a move. Dig their feet in and make a decision. If they sit this deadline out it will 1000% be considered indecision which is ultimately the wrong decision. The window for The Mets to win is right now, make a run at it. Make a serious offer. Contreras is a bit bat catcher we need ... make an offer. The time is now for The Mets and it's getting frustrating to watch deals break and them not be a part of them. Here's to hoping that by 6pm .. The Mets make a move.

We discuss The Mets, and every other move on today's trade deadline on the latest episode of Hot Ice. In addition to trade rumors and trades, we dished out our best bets , dogs of the day , and more :

In addition to picks, we have another version of the hottest parlay in all of sports ... The Hit Parade +6 units year to date . Get involved via The Barstool Sportsbook : 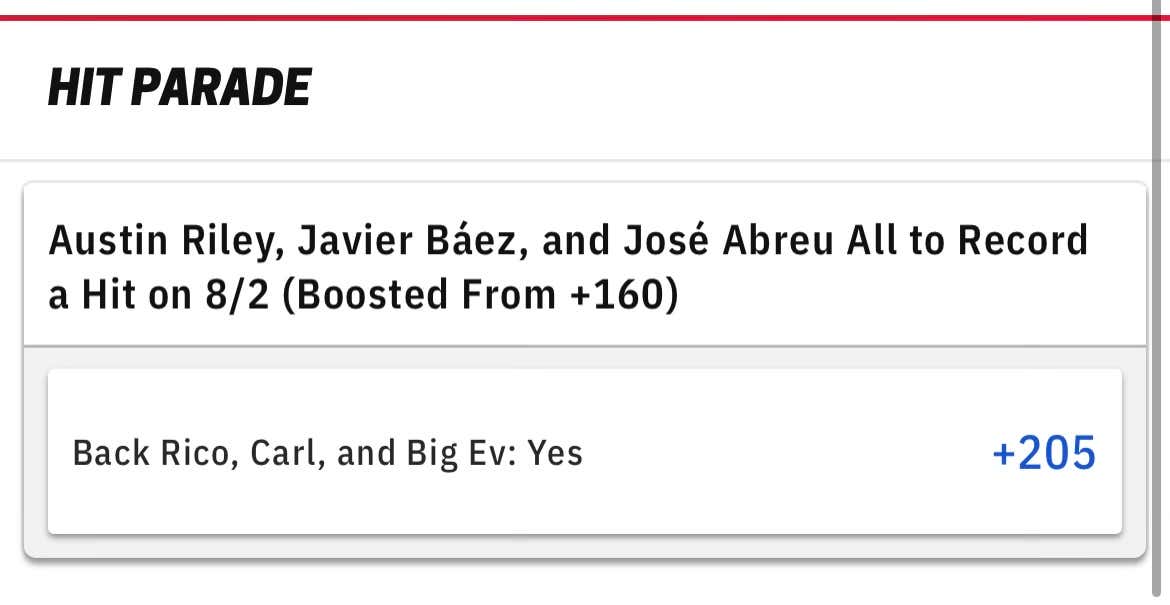