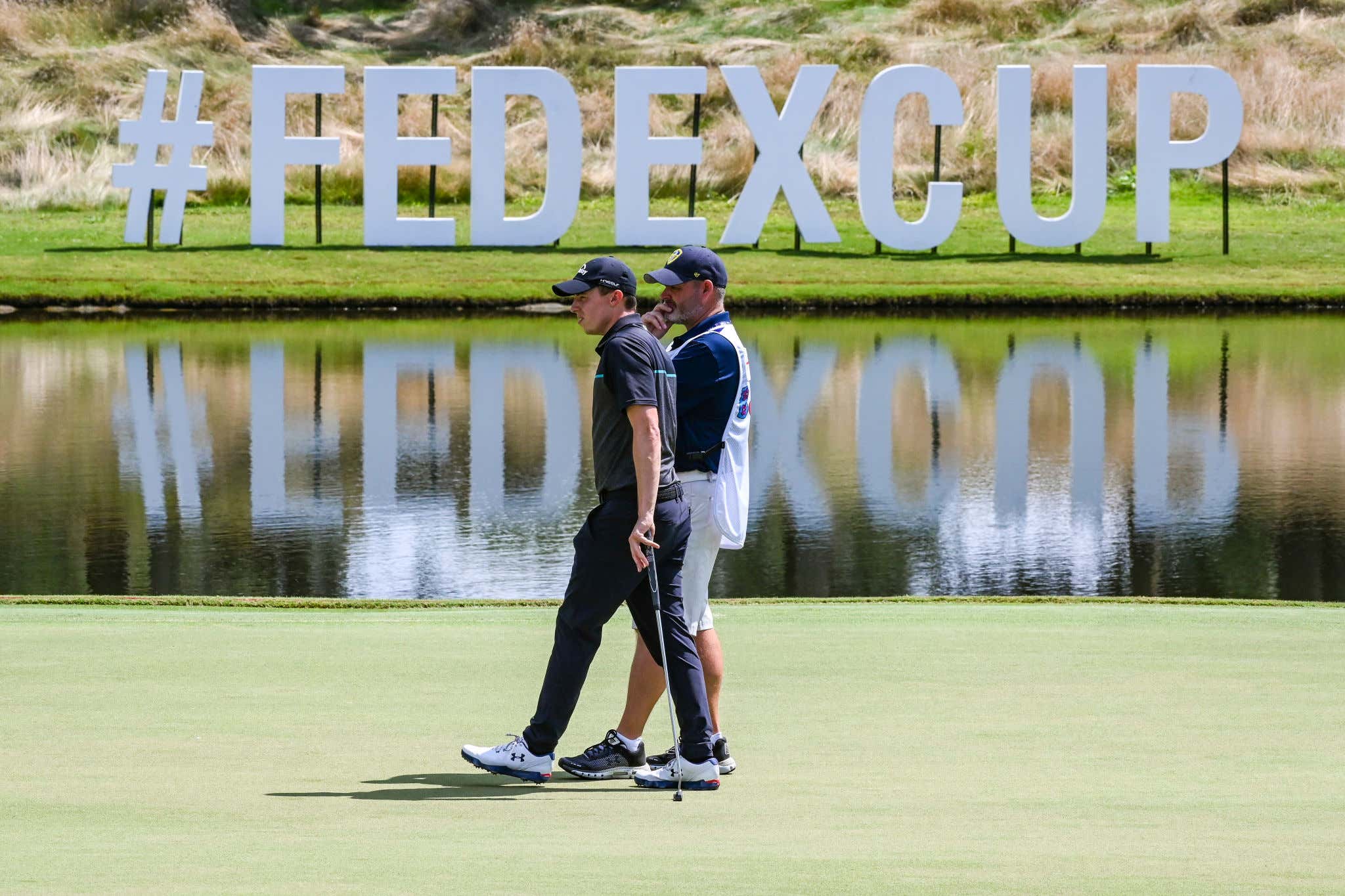 Playoff time baby!!! We've whittled the Tour down to the top 125 point earners and now we've got 3 events with big bucks and all kinds of exemptions up for grabs down the road. We go from 125 guys here (it's actually 121 due to a few WD's from Fleetwood, Berger, Griffin, and Lashley… and now Matsuyama so make that 120)  at Southwind down to 70 next week at the BMW in Wilmington, DE, to 30 guys at East Lake for the Tour Championship. The points they earn will dictate where they will start on the leaderboard at East Lake, so every stroke counts along the way.

This event is the only one of the playoff events with a cut. Top 65 and ties will play the weekend, where FedEx Cup points are worth 4x as much as they were for most events throughout the year.

As for this event specifically, this is a bit of a weird one. The Tour has been going to TPC Southwind for years, but this is the first time it's a playoff event. The St. Jude was elevated to a WGC event starting in 2019 before that WGC was wiped off the schedule starting this year. Now it's the first playoff event and the playoff formerly known as the Northern Trust is out moving forward.

Last year Abe Ancer won the WGC here in a 3-man playoff over Sam Burns and Hideki Matsuyama. Ancer won't be here to defend his title given that, ya know, he's a LIV guy now. By the way, it was Tony Finau who won the playoff opener last year, finally getting off the schnide with a W at Liberty National. 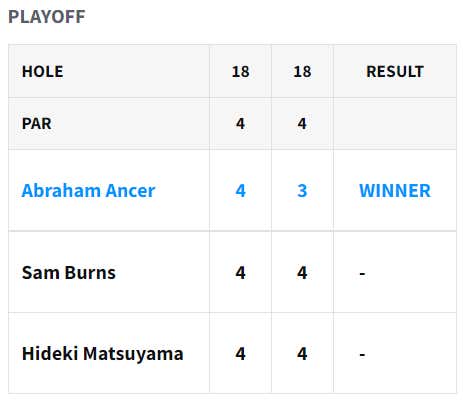 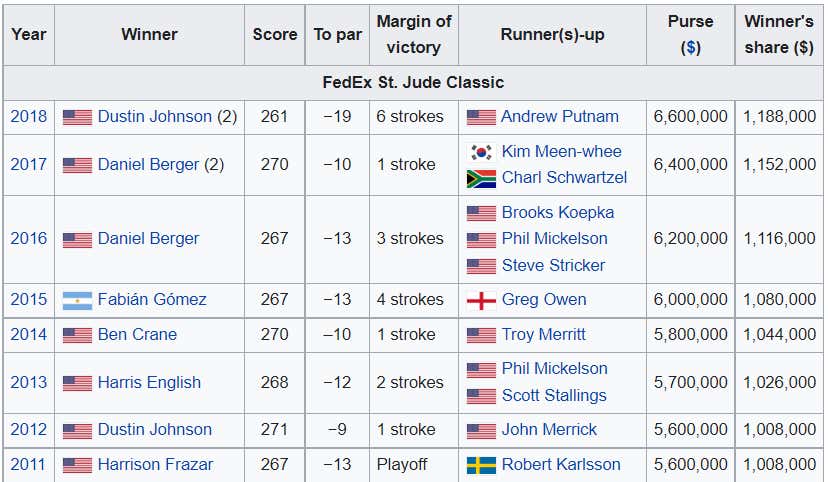 TPC Southwind is a par 70 layout measuring about 7,244 yards. It was built in 1988 by Ron Prichard with help from PGA Tour pros Hubert Green and Fuzzy Zoeller, and has been a staple on Tour pretty much ever since. It ranks pretty highly on the scale of difficulty of courses on the PGA Tour, often ranking in the top 10 on Tour. A big piece of that puzzle is the water. There's 10 water hazards around here and no course gobbles up more golf balls than TPC Southwind. In fact, it's really not even close. A Tiger-proofing course re-design in 2004 added some length, and well over 5,000 balls have gotten wet in this tournament since. This graphic is a bit dated, but it just goes to show the magnitude of just how wet this place gets.

TPC Sawgrass can't even hold a candle to Southwind. Oddly enough, there's also more hole-outs at Southwind than anywhere else. Not sure why that would be, but it makes for a thrilling brand of golf. DJ's walk-off eagle to close out a W in 2018 was a great example of that.

Anyways, we've got Zoysia grass out there for a 2nd consecutive week after Kasumigaseki last week, and bermudagrass greens. Bunch of par 4's between 450 and 500 yards too, so the mid-irons will get a little bit of a workout this week. Should be fun. 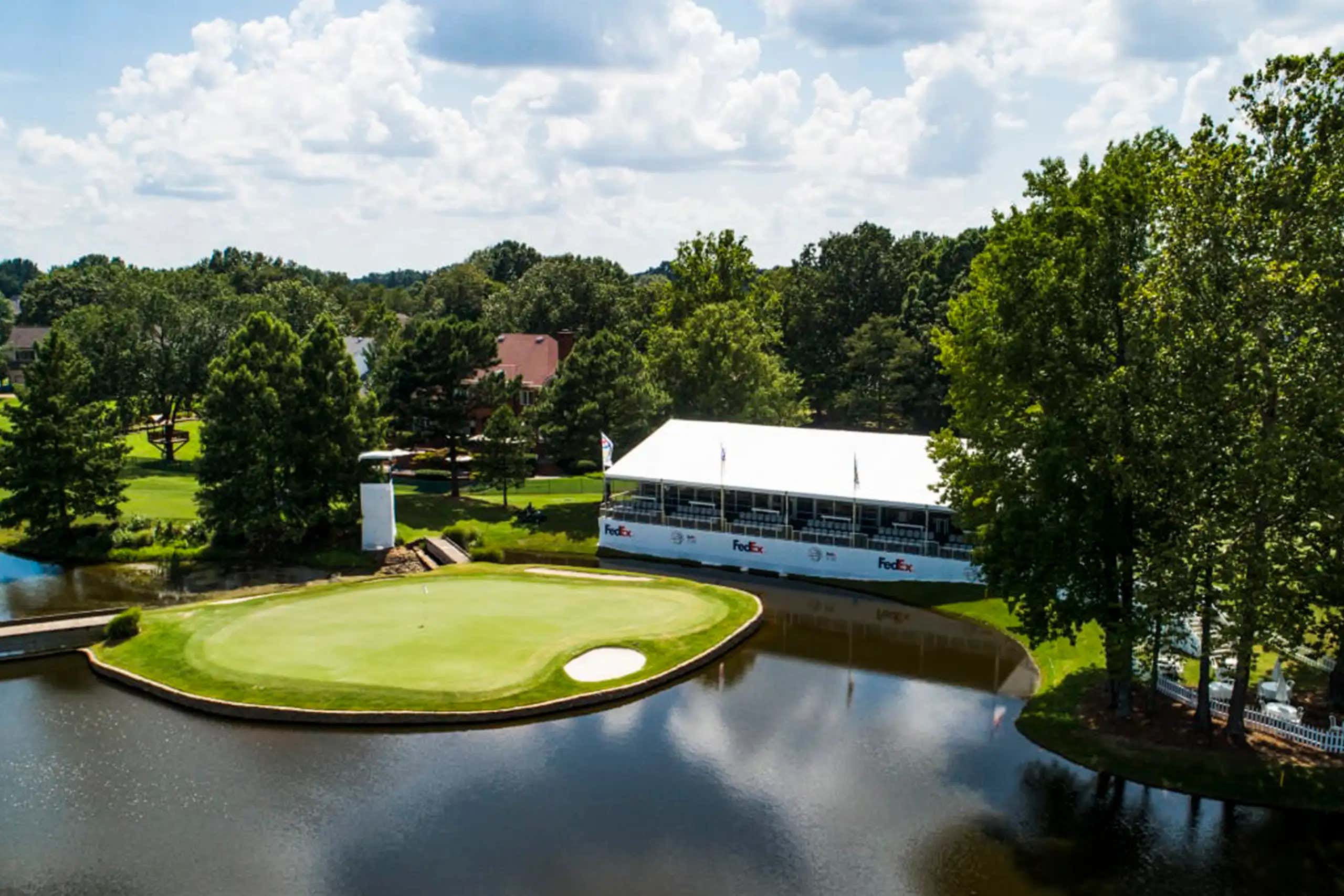 Speaking of TPC Sawgrass, this right here is like an Island Green Lite. Very similar distance that will put a short iron in a lot of guys' hands and give them no room to breathe if they miss the green. Sounds simple enough until you're standing over your ball. Bunker front just like Sawgrass too. 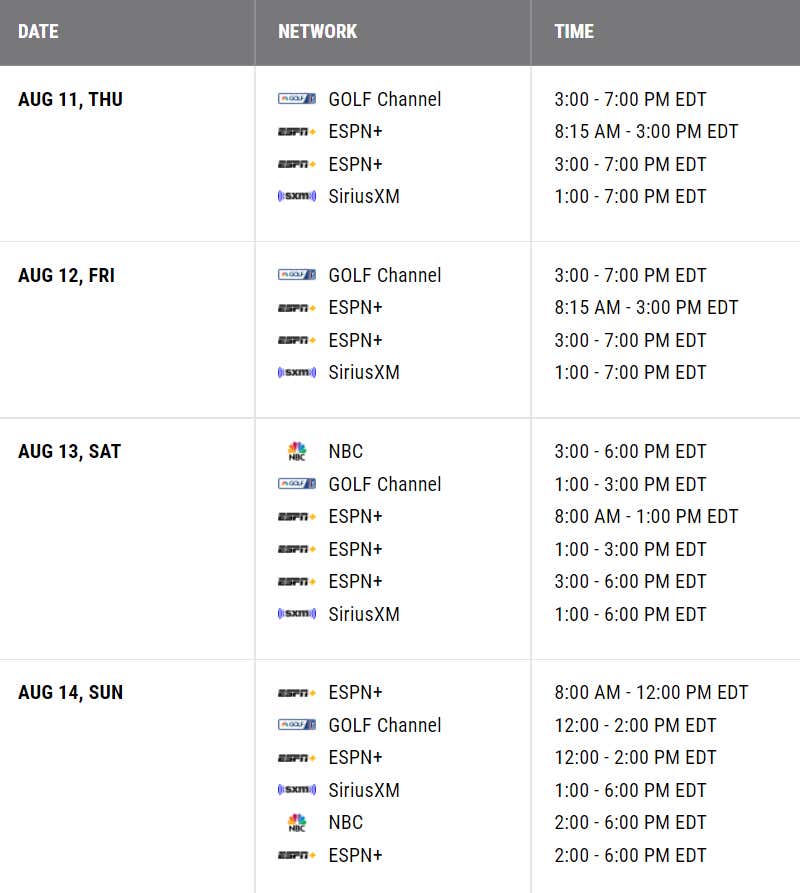 NBC brings you the broadcasts for the playoffs. Them and your (now) typical ESPN+ coverage. It's possible they go wall to wall with all 15 pairings at the Tour Championship. We'll see.

Warm and muggy. As is typical in August during these playoff events.

When the St. Jude became the WGC for a few years, it adopted the Gary Player Cup, which was one of the series of WGC trophies that are just lovely. 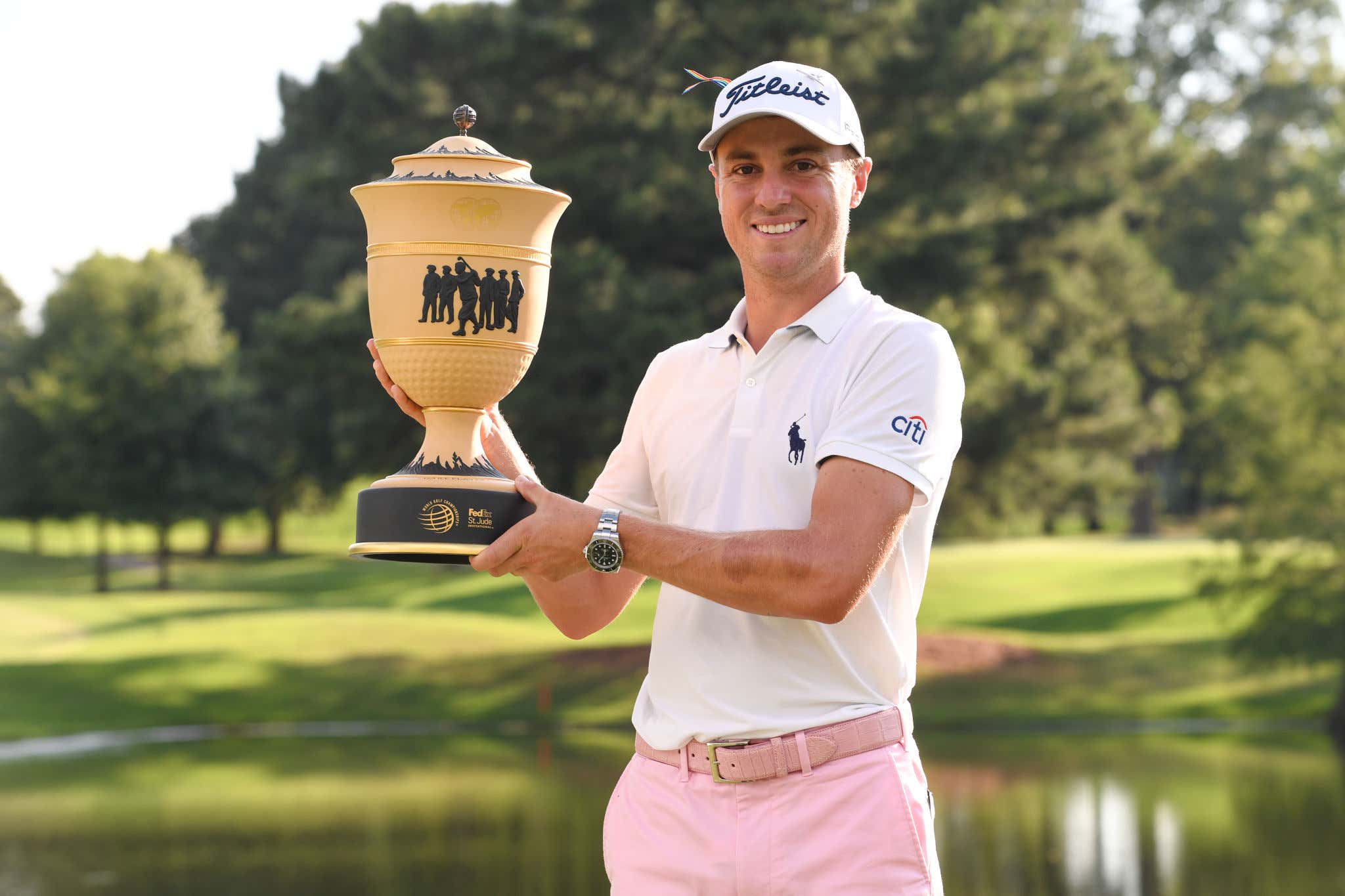 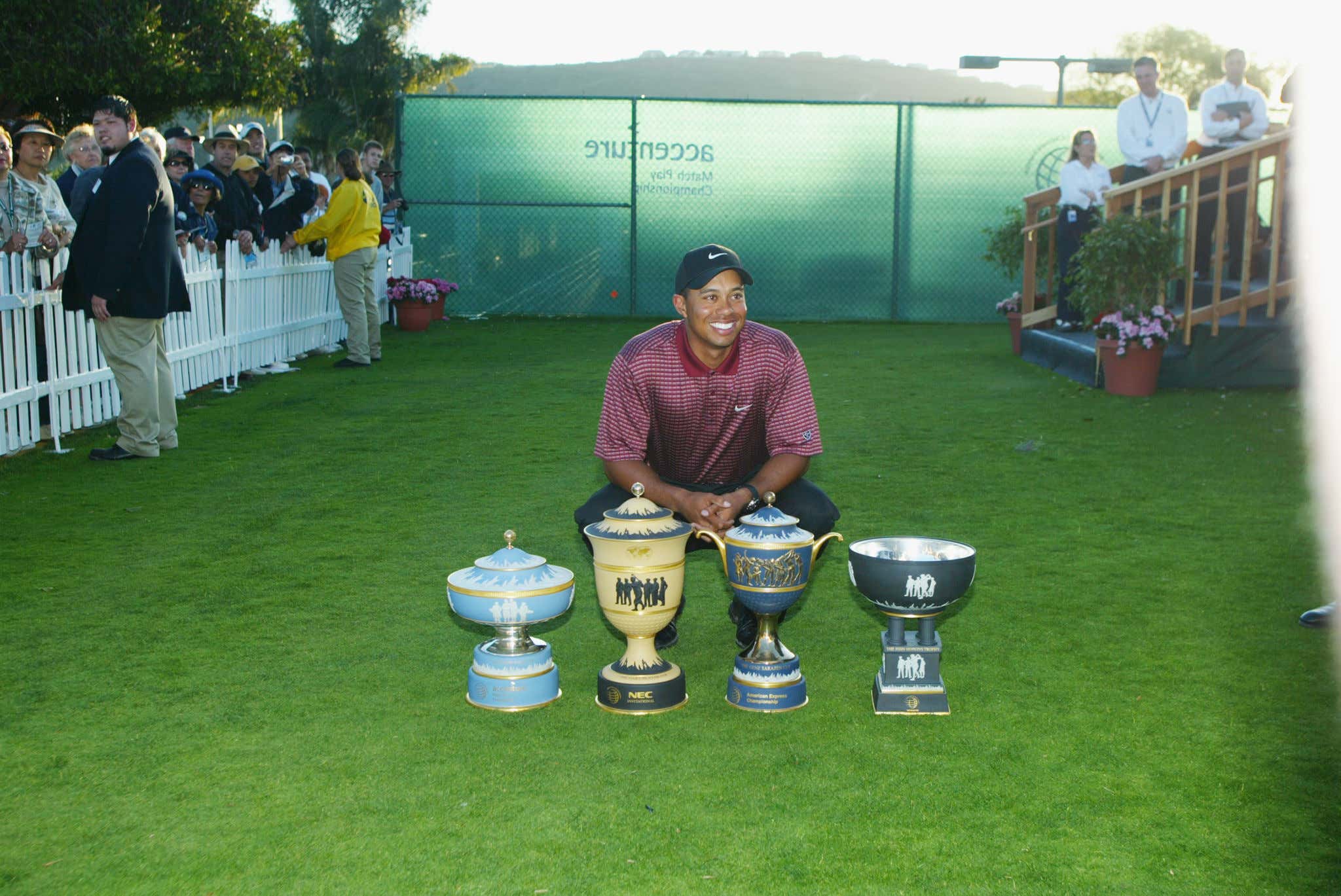 But as I mentioned before, the WGC Invitational was tossed from the schedule and so was that trophy. Fitting that it was the Gary Player trophy (the others are named after Sarazen, Hagen, and Old Tom Morris) that got the boot given that he's a lowkey LIV guy.

That brings us this new piece of hardware

Very modern, looks kinda corporate…. I think it's trying to resemble the banners that typically line the tops of tents at PGA Tour events. Needless to say I don't love it. Tough to beat those WGC trophies. 4/10.

Rory McIlroy is your clear favorite this week at the Barstool Sportsbook. He finished T-12 last year and has a couple top 10's at Southwind, but I'd hardly say he's been strong at this course.

This course typically favors ball-strikers and there's a couple big names that have fallen down the board a bit after slow summers that I think are good values this week.

Collin Morikawa at +3300 is the first one. He missed the cut at both the Scottish and at St. Andrews, and then took some time to travel Europe with his fiancee to flush it. He's had a less than stellar year but I think he can right it with some good play this week at a course that should fit his game.

The other is his rival Viktor Hovland at +3300. He managed to finish T-4 at St. Andrews in his last start, and has pretty similar profile to Morikawa. Neither has a great short game but evidence has shown that's of less importance here than other courses where that can often cause them issues. They can strike it pure, keep it dry, and hit it close. Love those two at those prices.

Keith Mitchell Top 20 +335 - Place gives me big PGA National vibes with all the water and Mitchell won there a couple years back.

Brandon Wu Top 30 +275 - Contended last week and has played his best golf in his past 5 tournaments to get himself here, including top 30's in 4 out of 5.

There ya have it. Let the playoffs begin.