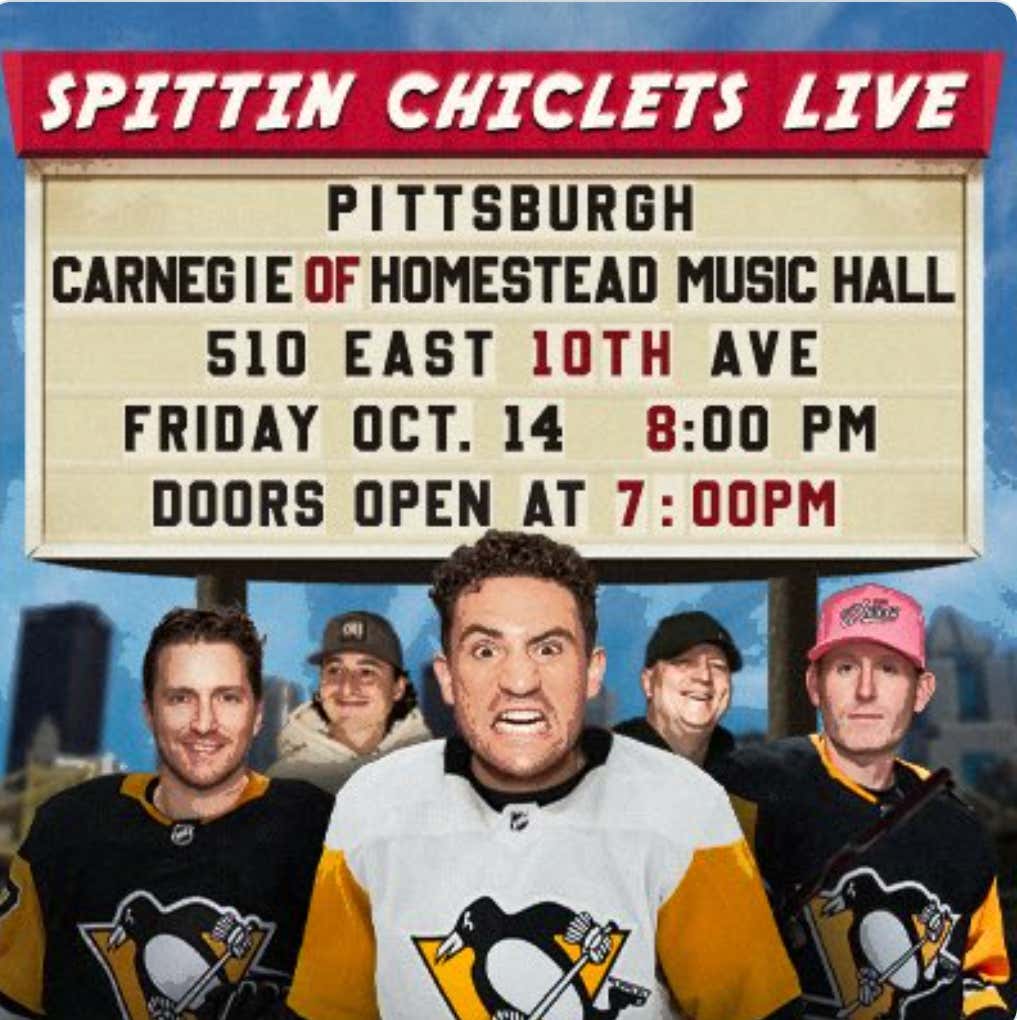 Shockwaves!!! That is the word that best describes the announcement that the Spittin Chiclets crew would be touching down in the Steel City.  Biz has many talents but timing could be his calling card… and if you do not believe the excitement take a look at the Whit when he hears the news.

The Whit has not been back to Pitt since his playing days, and I expect to hear “Thank you Whit” at least 500 times during the trip. The thank you should not be because he fixed air travel for an entire country or that he gave us the Pink Whitney but because he unselfishly got traded for Chris Kunitz. What a team player….

After parts of 6 tremendously successful seasons in Pittsburgh, Whit was traded to the Ducks for Kunitz, who then jumped on a line with Sidney Crosby and the Pens went on to win 3 Cups in his time with Pitt. Whit went on to Anaheim and Edmonton before finishing out his NHL Career in Florida.

Whit's tenure with the Penguins started in 2002 when he was drafted 5th overall. He famously joined up with the boys in Wilkes-barre/Scranton for the playoff run in the spring of 2004. Besides being a top draft pick and what could have been the missing piece to the cup before his first game…. we talked him into driving the boys to the casino and wouldn’t you know it he missed curfew that night.

Ask anyone, I have the memory of an elephant and the memory that I have of Whit on the ice is during his first practice how unreal he was at snapping the puck around. His accuracy and ability to always keep the puck flat on the ice was totally different from a few of the other D-men we had. Do not forget, we had some really good players on the backend … sorry Scuds, Orp, and Buck but, most of the “passes” I got from you were all off the glass!!!

I knew this kid was not destined to be in the minors for long.

If anyone out there can lockdown a date that Biz was last in Pittsburgh please share it in the comments. This dude travels more than a lost Fedex package. Whether it be one of his many secret missions or a Pink Whitney tour through Canada for a couple weeks… Biz is always on the move.  Did he party in Pitt or start a new business there recently? I would not put it past him.  He first wore #67 that seemed to confuse people that he was Sid but I would guess that if you broke down their strides, Biz had quicker feet but lacks the balance of 87.

Little know fact, Biz played on a line with Sid at one point! Which coach thought this was a good idea?

My memory of Biz that is burned into my brain was in 2003 during his 18-year-old season right after being drafted by Pitt in the 4th round … This happy-go-lucky defenseman, yes defenseman, was in every exhibition game with Buggggsy and myself and we were all fighting for the last few spots on the opening night roster. Biz did everything he could to make the team including asking Mario to go to lunch every day but, eventually the Pens brass kept the older defensemen that were already on one-way contracts.

The next time I saw Biz he was squared up with Carcillo at training camp in 2005 at the 7am scrimmage. Note, this was a mere 10 hours after a meeting where coaches and GMs said there would be no fighting at camp this year. I knew right then that this guy was going to be something special!

Now a quick blurb about myself and a few memories during my time in Pitt.  I was drafted 51st overall out of RPI after my freshman year and went pro after I graduated. My career started out shaky because in my first practice I was so pumped to show what I could do and in my overzealous ambition I absolutely smoked Mario in the skate with my very first pro pass.. Not the best start.  In my last year with the Pens, I was Crosby’s road roommate and basically taught him everything he knows. I will force him to say this on camera when we are in Pitt.  But I can not wait to go back to that city with so many fond memories.. From being in the city at High-Tops when the Steelers won the Super Bowl to scoring my first NHL goal in front of the great fans of Pittsburgh!

I often get asked “How did it end in Pitt?” Well, it was this fight that began the process.

I knew this fight was out of my weight class for sure and Ben Eager was a monster but during that time in the NHL when your team was down and needed a spark someone had to step up to change the vibe. We were down 3-0 to the Flyers and I knew the coach wanted something to happen to get the guys going so as a depth forward on the team I did what I could. The fight went sideways as I looked like a chew toy in a dog's mouth but, it would not be my last game. I tried to tough it out with a stabilizing sling that looked like a sex toy out of Hannibal Lecter's closet and took two trainers to put on and tie up. Obviously I was not affective at all with this crazy thing on and surgery was the next move! 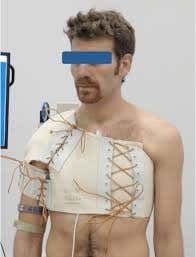 I wrote this blog because all three of us have ties to Pittsburgh and memories that vary to each of us. But really this is a warning and a preemptive apology to RA, Grinnell and Sean for the amount of times they will hear “Oh dude remember this time?” and “Holy, remember that guy?” stories from us three dopes on the trip.

But If you want to hear more stories from the crew and even better ones from our amazing guests that we have lined up, get yourself to Pittsburgh on Friday, Oct 14th at the Carnegie of Homestead Music Hall for the Biggest Spittin' Chiclets Live show ever.

See you all in Pittsburgh where we will have plenty of Pink Whitney, Big Deal Brewing and action on the Barstool Sportsbook for everyone…Who knows maybe even a late night trip to Primanti Bros. or the Casino!!!