And not just because I bet aggressive-but-responsibly on him at the Barstool Sportsbook.

It's because I don't want to become like Robbie Fox.

(That could very well be me on the right.)

That sounds unnecessarily insulting towards Rob, so lemme clear that up.

Robbie is my man... I love the kid.  And Robbie had the good fortune of crafting a superficial friendship with an athlete holding elite status in the sport Rob loves more than anything else in his sci-fi-riddled world.

Then Conor McGregor shat the bed.

Fast forward a couple of years and I have recently had the good fortune of crafting an equally-superficial friendship with a guy who stands near the tippy-top of the sport I love more than any other, and he is now at risk of losing 2 fights in a row.

AND my boss (incorrectly) thinks I can't pick a winner.

So here are my thoughts concerning this weekend's DAZN PPV event.

The undercard has some good fighters on it, but the results are promising to be relatively chalk.  If you wanna hear my full breakdown of those bouts, fuck you, you have to tune into the pre-fight show that I am hosting Saturday at 7 PM EST on all Barstool channels (before the DAZN collaboration starts).

And then there is the MAIN EVENT.

Listen... Styles make fights, and GGG has a style that gives Canelo fits.

He is a calculating pressure fighter, that is known for his exceptionally powerful and precise punching.

If you were to take GGG (42-1-1, 37 KOs) and somehow make him younger and bigger, you would have Dmitry Bivol... And we all know how well Alvarez fared against him.

(If you didn't know, Canelo (57-2-2, 39 KOs) lost convincingly to Bivol although the judges' cards had it closer than what most would have expected.)

- GGG is a future hall-of-famer.

- GGG is one of the greatest middleweights I have had the pleasure of watching.

- GGG has one of the most durable chins in boxing history, having never been knocked DOWN (much less knocked out) in a total of 394 fights (44 as a professional and 350 as an amateur).

So although Gennady arguably won either one or both of the first 2 fights vs Canelo, he is simply past that inflection point for boxers... That 35-37 range where things start to slow down and the stamina starts to tail off.

And, unfortunately for Golovkin, Canelo is arguably in the prime of his career.

So perhaps GGG will still throw powerful and precise punches, but Canelo will be able to see them from a mile away.

All this adds up to a Canelo win in my eyes... And although Canelo all but guaranteed a knockout, I still give GGG's 40-year-old chin the benefit of the doubt.

So I like Canelo Alvarez tomorrow in a decision.

A decision that will not be contested after the fight ends.

A decision that might not prove Alvarez is a better fighter than Golovkin, but remind us all that Father Time is unbeaten.

A decision that will hopefully make Dave some money.

And... Most importantly... A decision that will prevent me from becoming Robbie Fox. 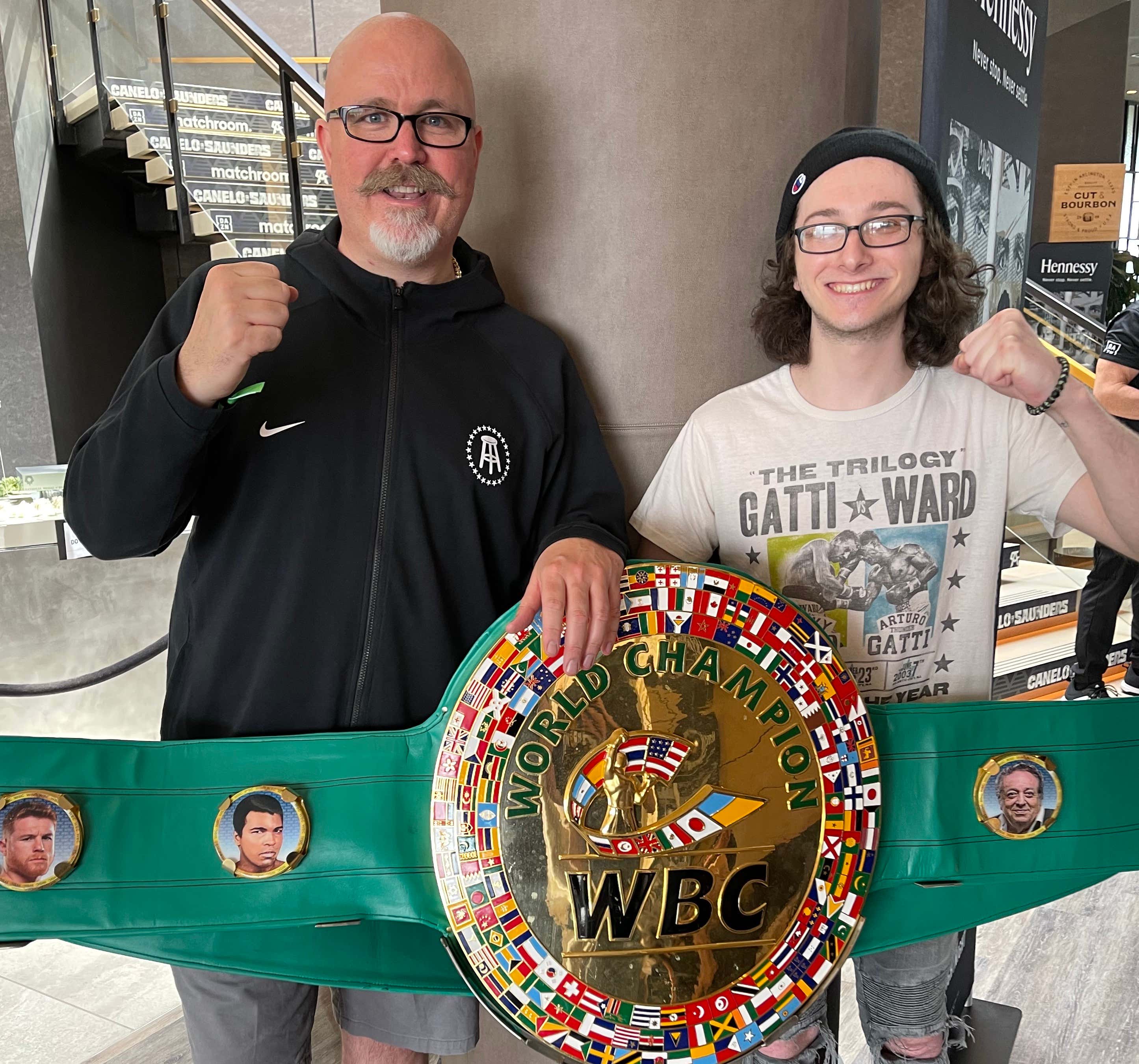 Enjoy the fights (only on DAZN PPV) and take a report.

I asked the Sportsbook to boost my odds, and they graciously accepted.  So if you're with me, log into the Barstool Sportsbook and "Bet with Large" closer to fight time.