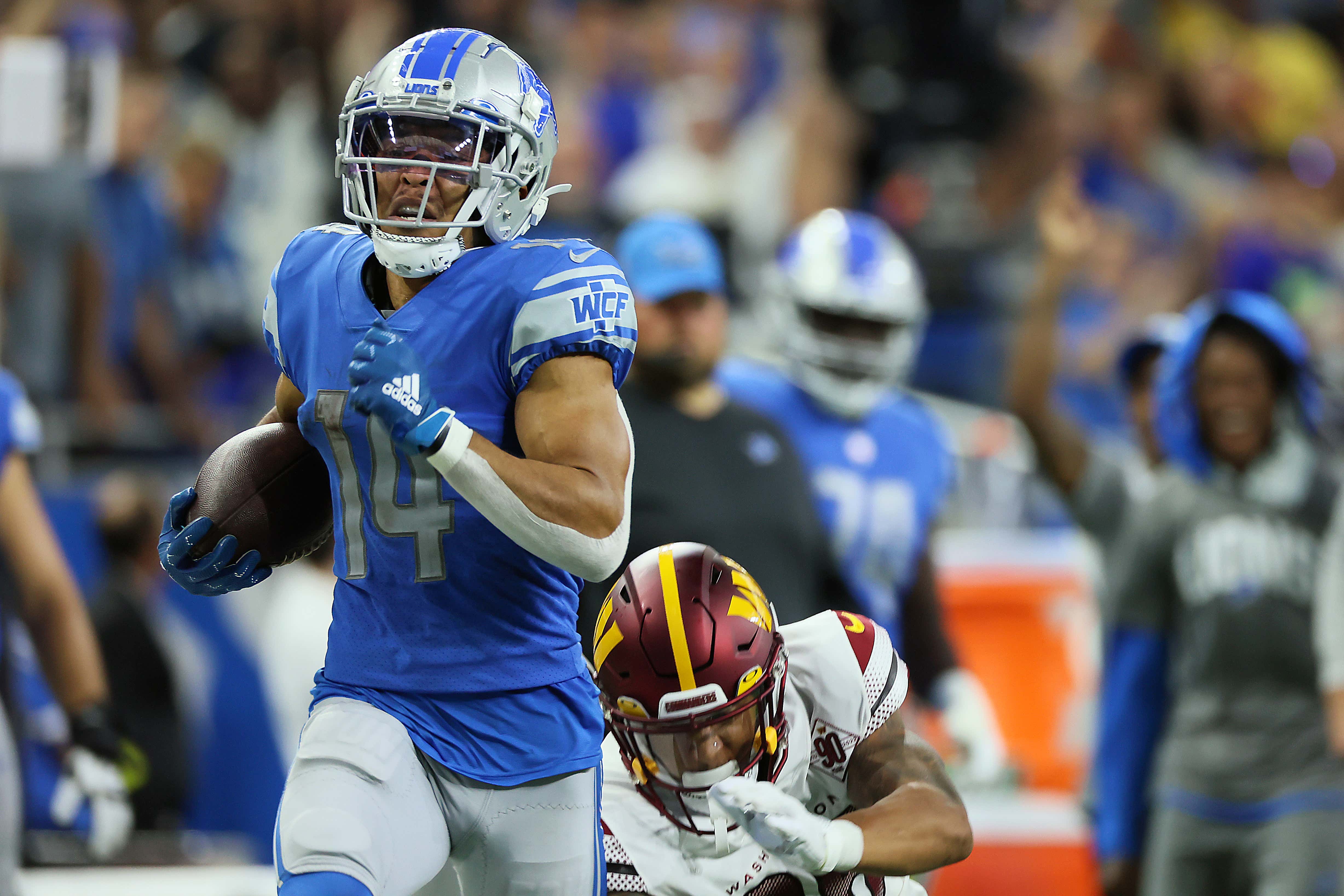 The following is based off 4-point passing TDs and 0.5 points per reception. 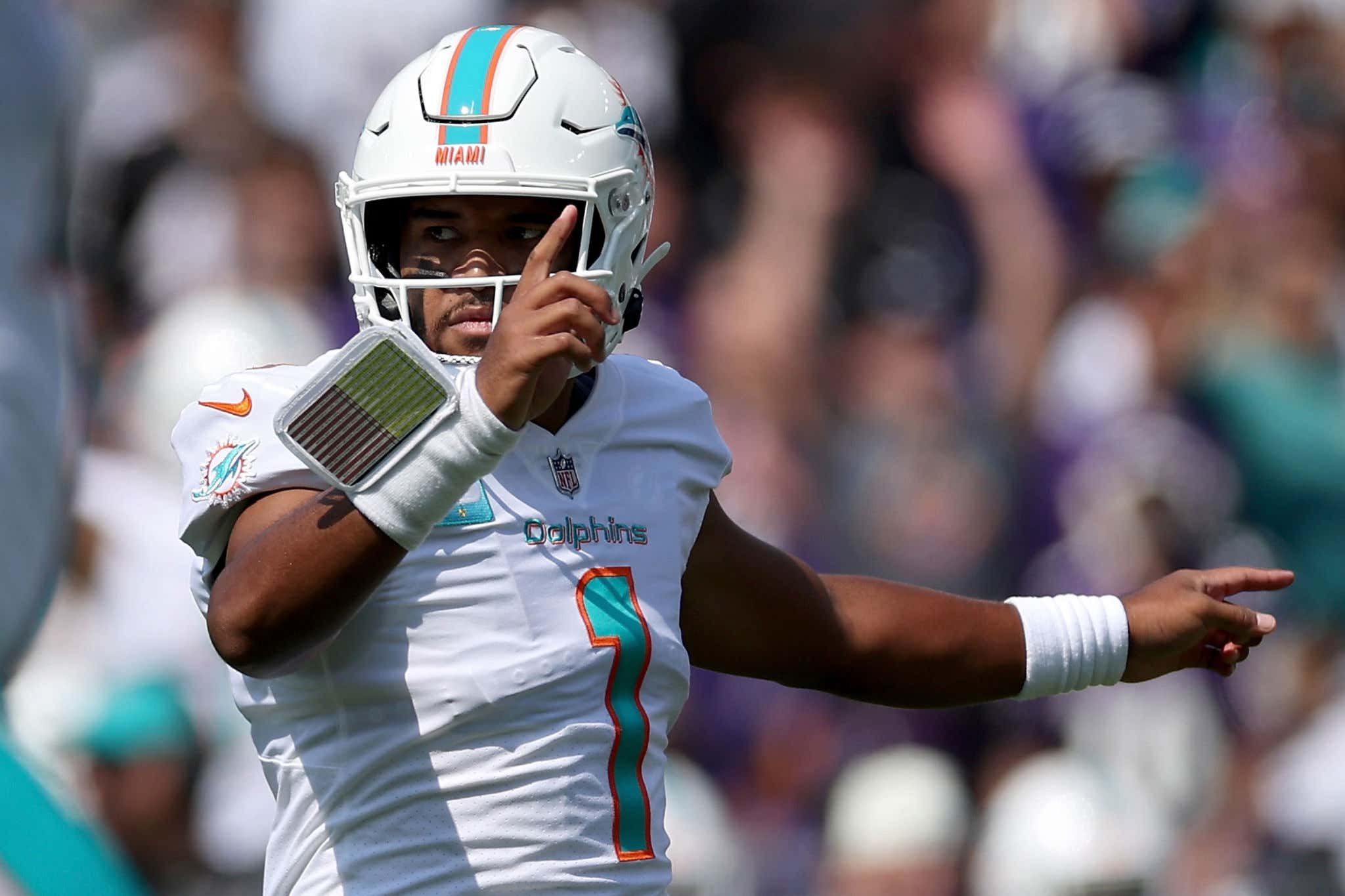 - Tua Tagovailoa had a career day (40.86 points) throwing for 469 yards 6 TDs and 2 INTs. But is he a reliable QB1 in fantasy? I wouldn't go that far…yet. He put up 270 passing yards and 1 TD with 0 INTs week 1 (14.80 points), so until we see 20+ points on a regular basis I wouldn't necessarily feel comfortable with him as the only QB on the roster. He is definitely rosterable and playing him dependent on matchup could be a good strategy.

- Lamar Jackson is QB1 after two weeks. An incredible day vs. the Dolphins with 42.62 points throwing for 318 yards and 3 (for the second straight week) to just 1 INT. He also ran it 9 times for 119 yards and 1 TD which is a huge part of his value. Lamar looks every bit in F U mode as he plays for a new contract. This is great news for fantasy owners.

- Jalen Hurts can sling it! He scored 33.02 points throwing for 333 yards 1 TD and 1 INT. But more encouraging for fantasy managers were his 11 carries for 47 yards with 2 TDs. That's the second straight week he's had double digit carries and now he's averaging 73.5 yards on the ground per game while chipping in 1.5 TDs on the ground. That padding of 16.35 points solely on the ground gives him a super high floor and keeps him in very safe QB1 territory.

- Don't look now, but Carson Wentz is QB5, 0.3 points ahead of Patrick Mahomes on the season. He went for 27.78 points throwing for 337 yards with 3 TDs to just 1 INT and even used those feet rushing 2 times for 23 yards. His matchups so far have been against Jacksonville and Detroit, so I'd be way and a potential sell high situation if you have someone that had Dak Prescott, but he does have a good receiving corps with Terry McLaurin, Jahan Dotson and Curtis Samuel who took a huge shot on Sunday.

- Tom Brady has struggled. Some can point to off the field issues, but this was merely a schedule thing. He played the Cowboys who are a good defense and the Saints who always play him tough. On Sunday he scored 9.40 points throwing for 190 with 1 TD and 0 INTs. Don't be surprised if he struggles this Sunday again going against a good Packers D minus Mike Evans and potentially Chris Godwin and Julio Jones. 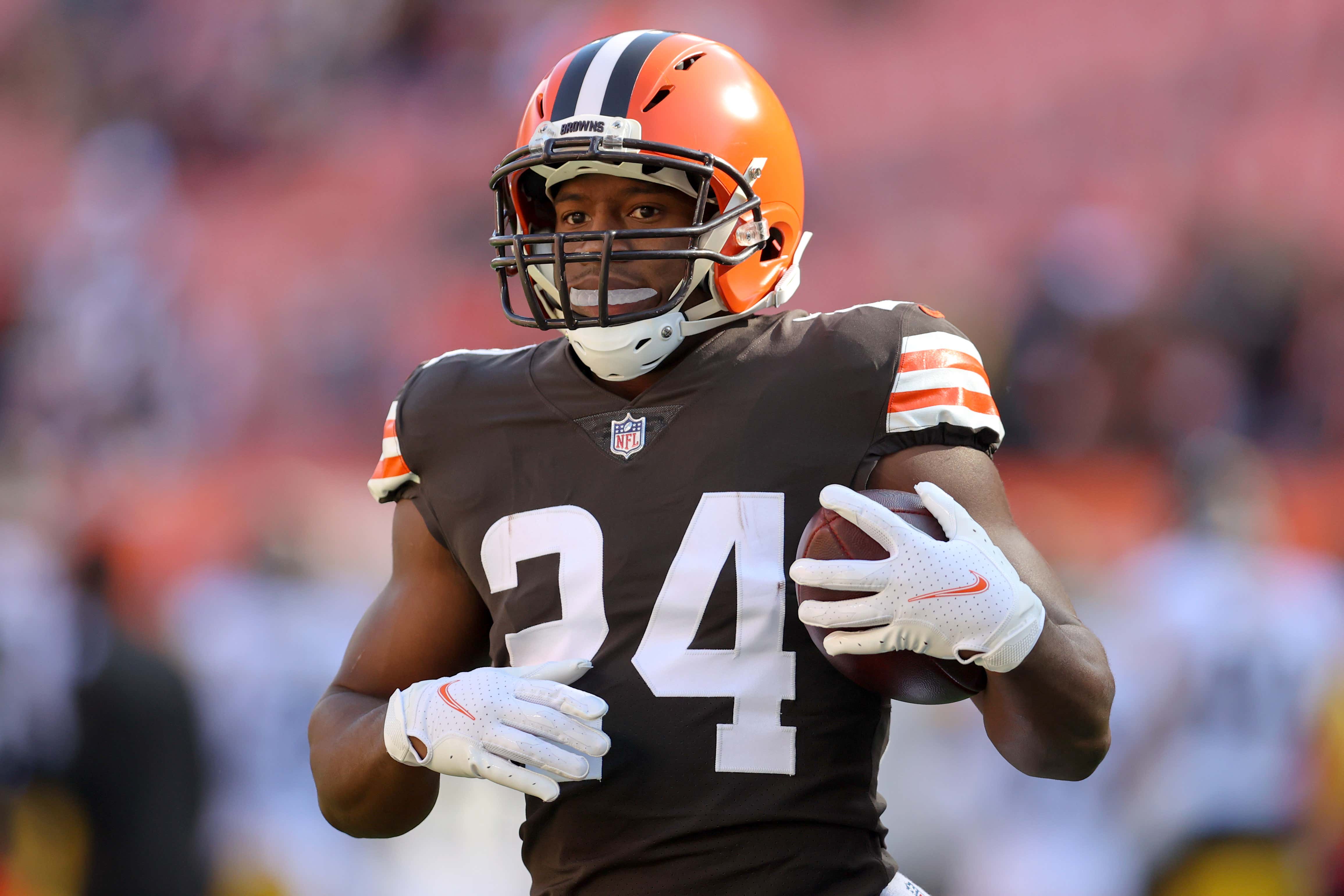 - Fantasy managers are glad Nick Chubb didn't slide! He had a monster 30.80 point game with 17 carries for 83 yards and 3 TDs. He also had 3 catches for 26 yards which was a nice addition for the former Georgia Bulldog. He's currently RB1 and faces a Pittsburgh team on a short week on Thursday Night Football.

- The demise of Aaron Jones was greatly exaggerated. After a 30.50 point week featuring 15 carries for 132 yards and 1 TD, Jones also had 3 catches for 38 yards and 1 TD. I should point out, while he did have a better game, AJ Dillon still had more touches. Dillon carried it 18 times for 61 yards and had 1 catch for 6 yards on 3 targets. Look for them to mix it up, but Dillon to be the salt it away guy at the end. Seeing them on the field together can be hard to follow, but I still like Dillon as the back to have a better year.

- Speaking of guys taking over the backfield, Cowboys RB Tony Pollard put up a nice 17.80 spot on 9 carries for 43 with 1 TD. He also had 7 targets, 4 grabs for 55 yards through the air. While Ezekiel Elliott is still getting more carries (he had 15 this week for 53 yards), it's clear Pollard is the receiving threat and more effective on the ground. He's the back to own in Big D.

- Some of the top-heavy RBs may be starting to fade, headlined by Derrick Henry. Dalvin Cook (5.60 points) and Jonathan Taylor (6.80 points) both had rough games, but Derrick Henry is becoming a big concern. If you're a Henry manager, it likely cost you a 1st round pick and 13 carries for 25 yards even with 1 TD ain't gonna cut it. You need more than 8.50 points from your 1st round pick. He also had 0 targets in Week 1 after a 1 target 0 catch Sunday in Week 1. His 3.15 yards per carry are going to need a big uptick for his draft status to be justified.

Amon-Ra St. Brown is a BEAST. 34.90 points and he's currently WR5 on the year, just 0.3 points behind Cooper Kupp in 0.5 point PPR. He finished this week with 9 catches on 12 targets for 116 yards and 2 TDs and added 2 carries for 68 yards. If only someone had let you know to draft him extra early in your drafts…

- Stefon Diggs is a monster. With Gabe Davis nursing an injury, Diggs went OFF for 38.80 points on Monday Night. He finished with 14 targets, 12 catches for 148 yards and 3 TDs and is definitely on the upswing after a slight down year for him in 2022.

- Jaylen Waddle was a TARGET MACHINE vs. Baltimore, getting 19 looks. He finished with 11 grabs for 171 yards and 2 TDs to finish with 36.60 points. After Diggs superhuman game, it prompted Dave Portnoy, who has both Diggs and Waddle on his team to text "I got 40pt receivers coming out of my asshole" (full PPR league)

- Not to be outdone, Tyreek Hill went for 38.50 points hauling in 11 of his 13 targets for 190 yards and 2 TDs. Mike McDaniel is utilizing his receiving weapons perfectly and the arrow is firmly up on Hill and Waddle. Both of which should be treated as WR1s moving forward.

- Christian Kirk only saw 6 targets, but made the most out of them catching all 6 for 78 yards and 2 TDs. He's currently WR7 behind Justin Jefferson. I'd be wary with him as WR1, but he's become a reliable WR2.

- Mike Williams is BACK with a 21.30 point performance on Thursday night. Catching 8 balls on 10 targets for 113 yards and 1 TD after a 2 catch, 10 yard performance Week 1. With Keenan Allen nursing an injury, he moves to a WR1 and may even stay there once Allen returns. 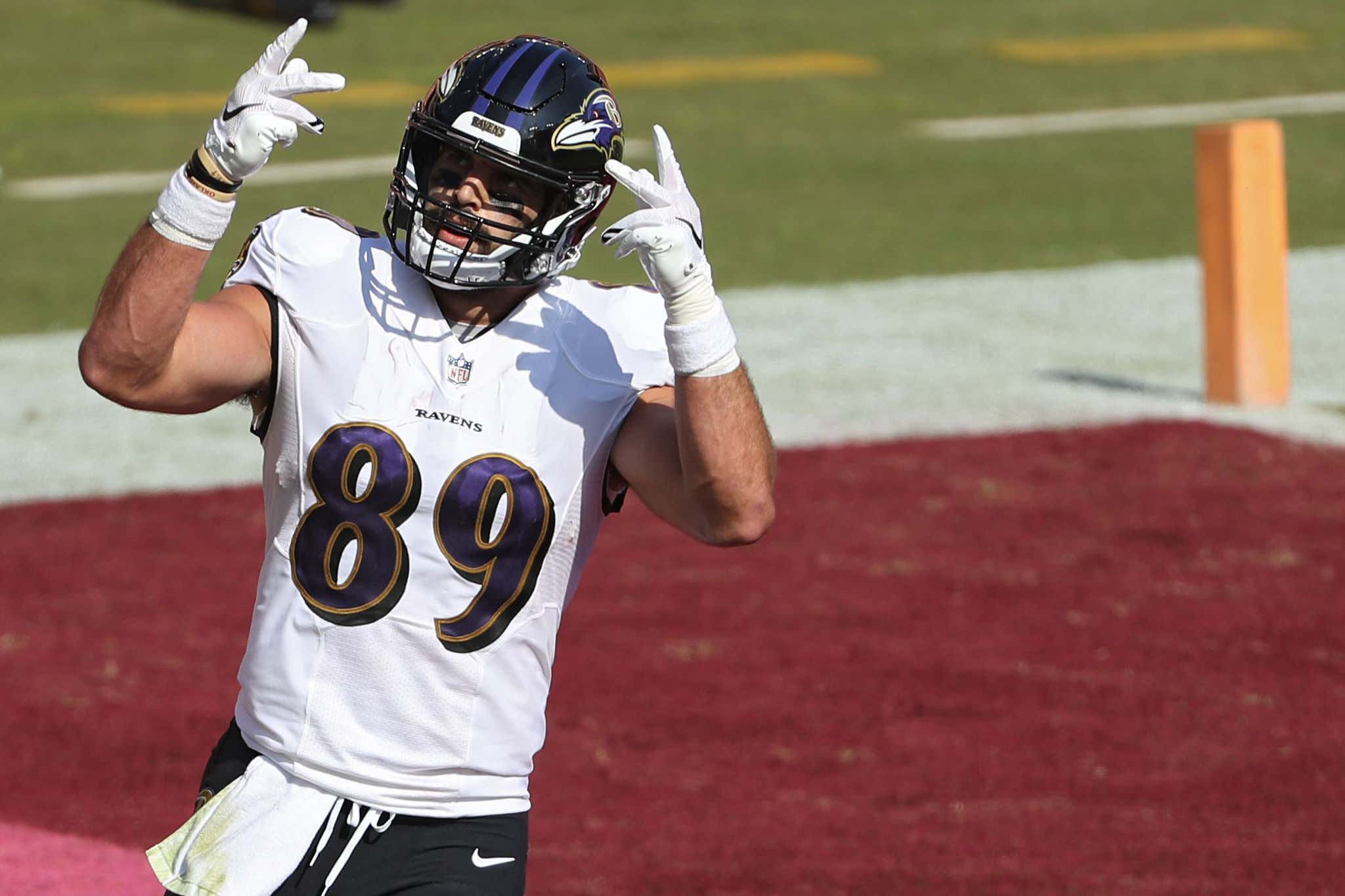 - Mark Andrews continues to show that 2021 was no fluke going for 21.20 points on 9 catches for 104 yards and 1 TD. He's TE2 right now just 0.8 points behind Travis Kelce for the top spot and Isaiah Likely hasn't broken out like some managers who paid close attention in pre-season had hoped.

- Gerald Everett is TE4 right now and has scored double digits in both games this year. He had 10.10 on Thursday Night catching 6 balls for 71 yards on 10 targets. He looks like a safe TE1 moving forward and is a must add if you need one and he's available.

Need any last minute fantasy advice? Tune into Dear Mr. Fantasy every Sunday at 11:30am eastern on the Barstool Sportsbook YouTube channel. Mintzy & I will take your questions and help you win your matchup. 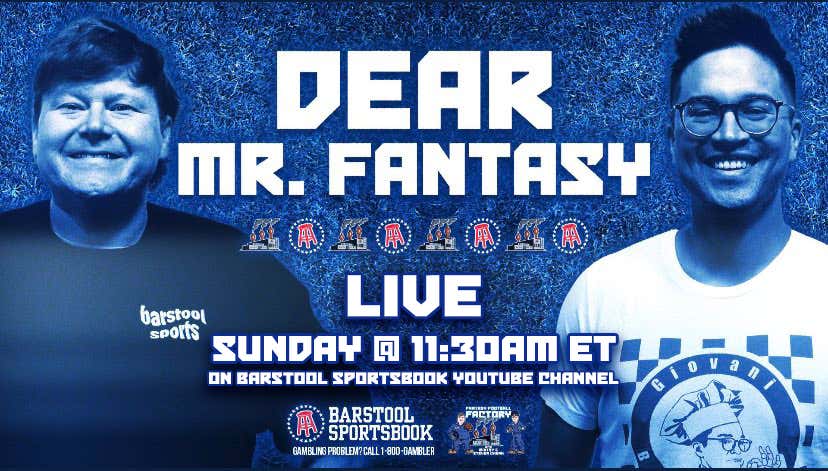