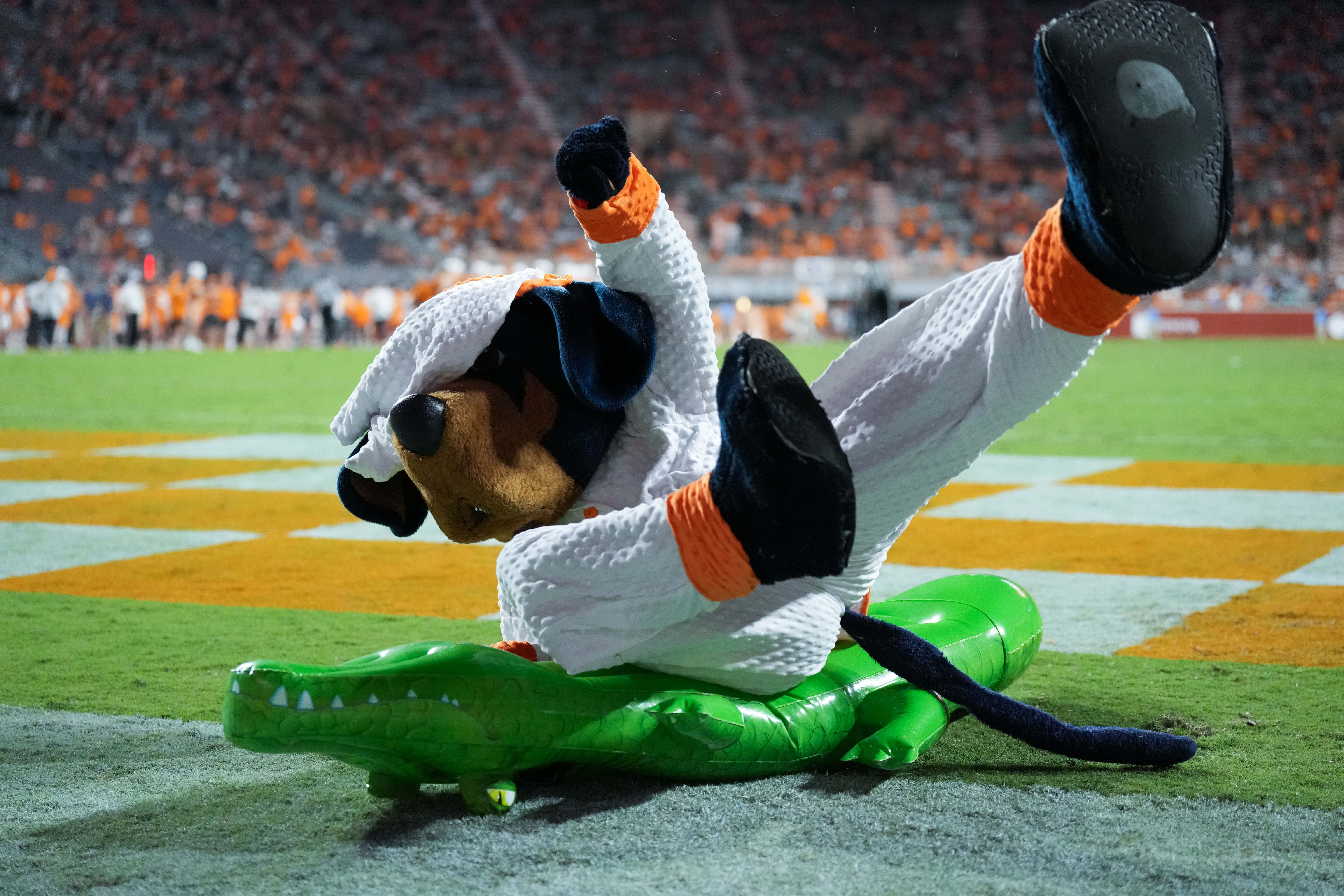 First off, you are probably wondering what the title of this blog is. I was debating what to title it and for the last 45 minutes Frank The Tank walked up to everyone he could find and asked "Do You Remember?" while filming his Tik Tok.

Frank was of course referring to today's date and the famous Earth Wind and Fire song "September." For all you kids out there, it bangs even though it's an oldie.

Here with go with Q&A for Week 4

FLA has dominated the TN rivalry, TN lays 10. Should the Vols be worried things are going too well?

In terms of covering the spread, maybe. But if you ask me if I was wavering in confidence as a Vols fan to win this game I say no.

Hendon Hooker and this offense looks great. Through 3 games, he's got 6 passing touchdowns, and is yet to throw an INT. He can take the top off a defense and make plays. Two of those wins were vs lowly MAC teams, but Hooker looked solid vs a very formidable Pitt team. Hooker's two favorite options - Jalin Hyatt and Cedric Tillman are electric WR's. Tennessee is really clicking.

Florida's Anthony Richardson however doesn't look so great. Through 3 weeks he's yet to throw a touchdown pass and has 4 INT's.

The better offense here is Tennessee and they are  at home? Even with allll the bad mojo over the years for Tennessee against Florida, I would feel fine as a Vols fine that the orange and white come through with a W this weekend. I do get how you can be leery of laying such a big number.

No play on the side for me, but I like the OVER 62.5.  I like Tennessee to dictate the tempo and I think they will score a ton here. I also think even with Florida's offense sputtering, they'll get the points we need to go over.

Favorite Outright dog of the week?

This one to me is about a QB going on the road who has struggled his entire career on the road. It's also about a defense who isn't nearly getting the respect it deserves.

31 tackles for a loss

The Palouse has also been very unkind to the Ducks over the years, with The Cougs winning 2 of the last 3 between the two in Pullman.

I think this is going to be a wild crowd, I think they will be locked in, and make this a MAJOR home field advantage.

I've been high on Cam Ward all season and the Wazzou offense is starting to get into gear, but the defense is what will anchor this game. I'll take the points Washington St +7, but I'll also be playing Washington St +210.

Favorite 1st half play this weekend?

Did South Alabama run the dumbest play ever? Yes.

Do I think UCLA is do for a big rebound? Yes

The Buff's second best RB Alex Fontenot, is banged up and questionable.

Their defense is 117th in points per game allowed, and 107th in yards allowed.

I think Chip Kelly and the boys fix the kinks from last week and smush Colorado early and often here. Go Bruins.

Thursday Night Plays, what u got?

Coastal left some points on the board last week vs Buffalo, and their defense has issues. Georgia St can get going, but just gave up 40+ to Charlotte. Good offenses + Bad defenses =  OVER bowl in the words of Glenny Balls.

JT Daniels has looked solid for The Neers this year (753 passing yards, 64% comp, 6 TD 2 INT). The Neers defense couldn't stop Kansas but Kansas is turning out to be not that bad. I have a good feeling it will be much easier to get stops vs a lowly Virginia Tech offense averaging 22 ppg, and just 304 yards per game. Grant Wells has been in the Ryder graveyard forever and with just 4 TD's and 4 INT's vs a schedule of ODU,BC,and Wofford, I'm starting to know I am on the right side of history.

I'll take WVU here on the road for the win.

Last Week: 0-4 near ML upsets from SMU and Miami would have been huge, but didn't come through.