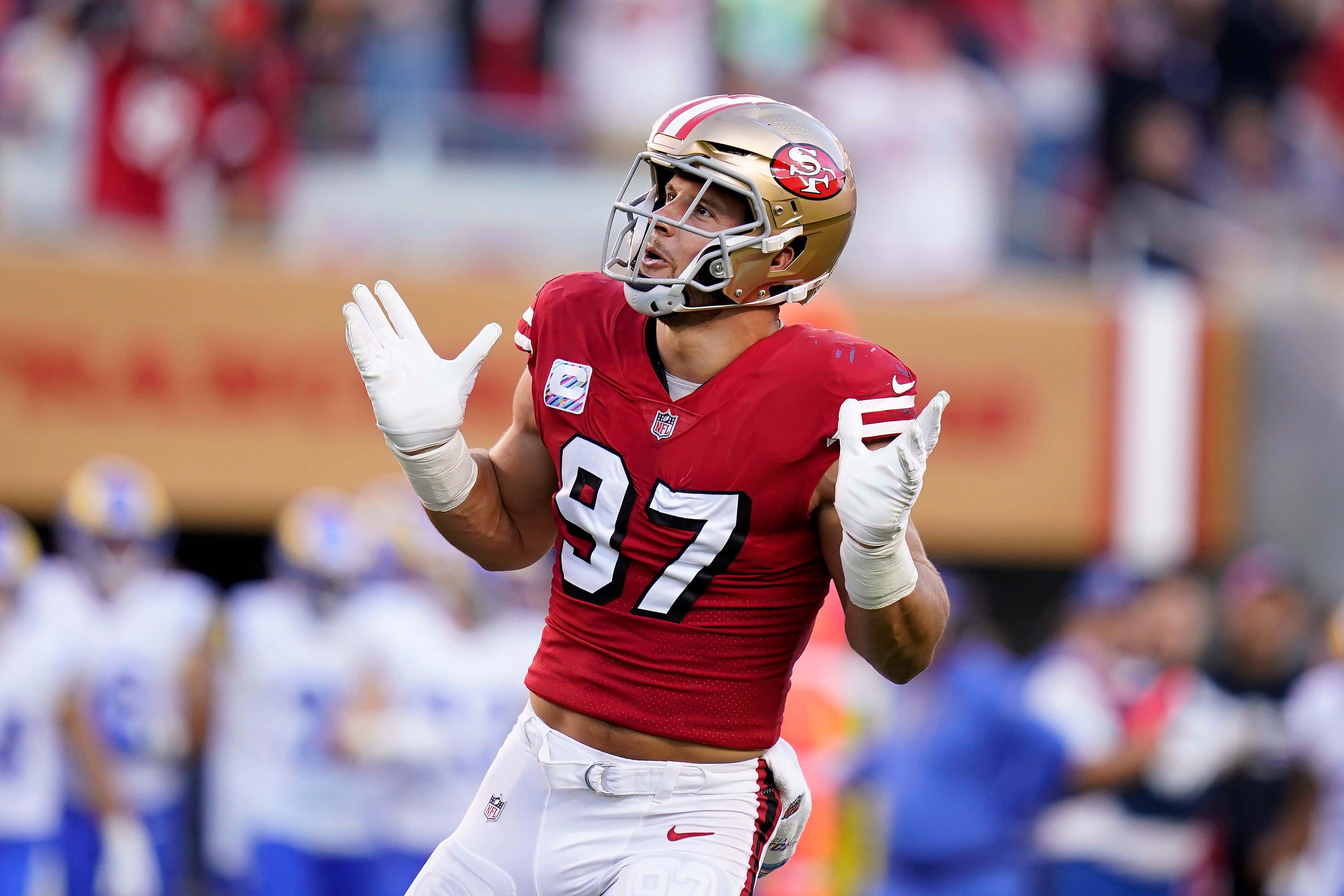 4 full weeks in the NFL… 3 blogs, 3 winners. As customary with me, quality over quantity.

Currently at Barstool Sportsbook, the 49ers are 6.5 point favorites at Carolina. The total is 40.

I've talked openly at how truly heinous Baker Mayfield is as the QB for the Panthers. The problem is with Sam Darnold nowhere close to a return there isn't much they can do. Mayfield has the worst QBR in the league at 15.3 and thrown for just 747 yards and is completing only 54.7 percent of his passes. He makes bad decisions and bad reads. Also his size is a problem, no quarterback in the NFL has more passes batted down at the line of scrimmage since 2018. They really have very few playmakers that scare you, have one of the worst per play metrics on offense in the league and don't convert in the red zone.

Now, they have to play the best defense in the NFL who senses blood in the water. This Niners defense is nasty, we all know it. As far as DVOA rankings on defense, SF is the best by a wide margin. The pass rush is great and they are terrific against the run and pass. The one star the Panthers is CMC, as we know. The Niners give up under 3 yards per carry, the lowest in the league by a pretty wide margin.

On offense, San Francisco is average at best. With Jimmy G as the QB they frankly have been pretty bad, sitting near the bottom of the league in both run and pass offense. Now as customary with him, they will likely get better but right now the metrics aren't there. Carolina has a pretty solid defense particularly against the run. I also like what I see from this Panthers defense in not allowing big plays, their opponents yard per play are 9th in the league. Deebo Samuel is a fantastic player but I feel Carolina has some guys in that secdonary that can keep at bay which is the key for them.

The Niners are also in a rough spot here coming off a short week and have to fly across the country. Look for the offense to be a bit slow to get going, if they ever actually get going. Remember last week in the 24-9 win against the Rams, they had a INT return for a TD. The offense only managed 17. The key in this bet is avoiding defensive and special teams scores. We do that, I think this comes in.

Carolina continues to be the slowest plays per game team in the league on offense and San Fran isn't that far behind. I think this is a sleepy game with good defense and poor QB play. With a total at 40 here, I am playing the UNDER 40. I think ultimately San Francisco will find a way to pull away and win like 24-13, 23-10. Another dominating defense performance from Nick Bosa and crew.