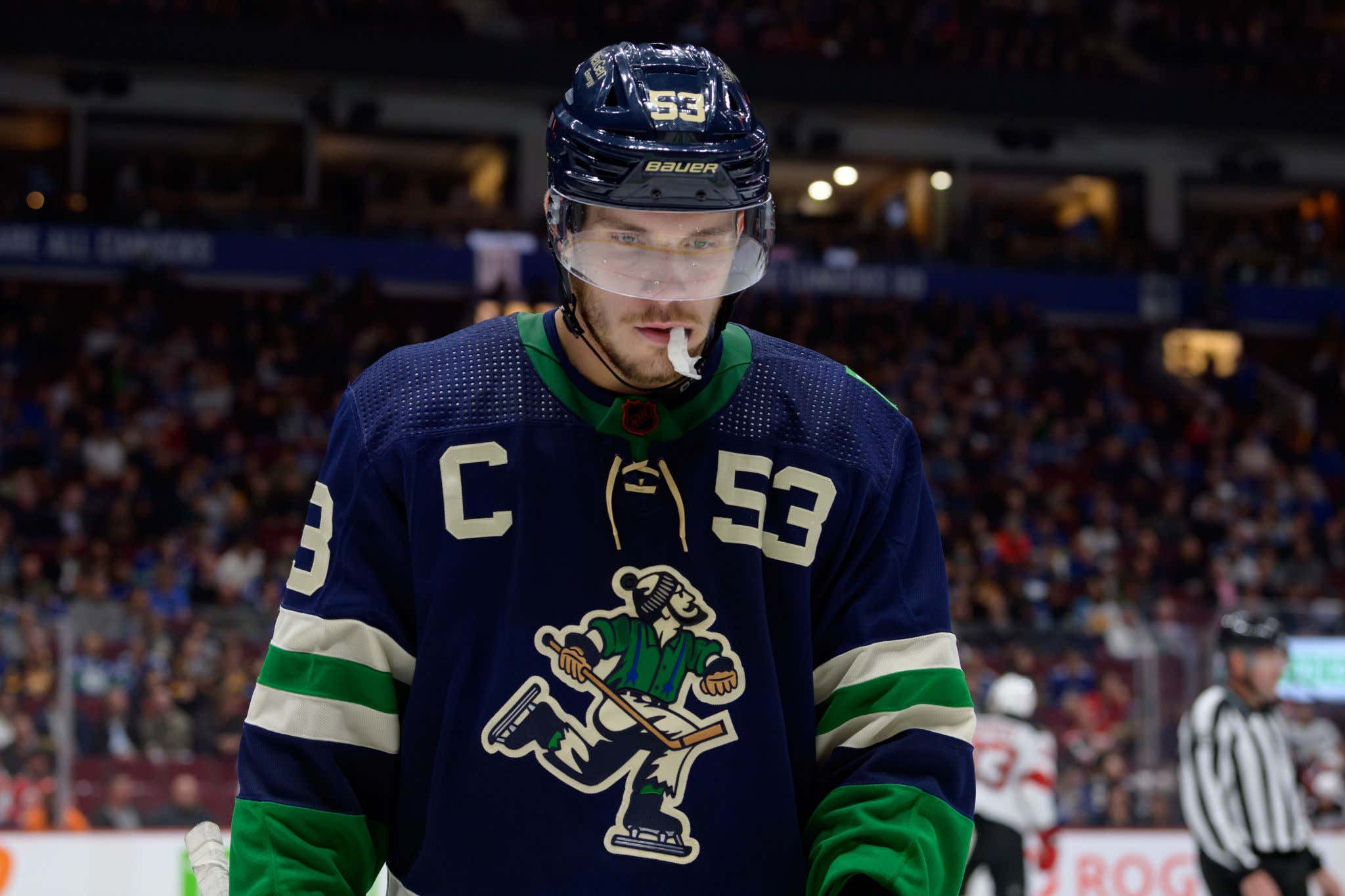 Every once in a while throughout the year we'll see a story pop up where a professional athlete gets into it online with a fan over something like a lost bet or fantasy points. The athlete will have a rough game, get crushed online for his performance, and then lash out when people think he should give a shit about their fantasy football matchup. And I get it. It has to be tough to be a pro athlete at some points and have everything they do in their job openly criticized. It's not like if Johnny from accounting messes up an Excel spreadsheet that he's getting cooked on the news the next morning. It's not like if Sarah from marketing schedules a meeting that could have just been an email that she ends up with -5 fantasy points.

So I get it can be annoying for athletes dealing with fans right after they had one of the worst performances of their career. Take, for example, this shootout attempt from Bo Horvat the other night.

The captain. Game on the line with the puck on his stick. He needs to score here to keep the shootout going. And…he…well he just decided to go with a drop pass in the slot. Bold strategy, Cotton, let's see if it pays off for 'em.

He lost the game for Vancouver, but more importantly to some random dude named Brian, he lost him $91.50 on a bet he wagered on the game.

And sure, you could say "easy enough when you're making $5.5M and about to hit unrestricted free agency next year". But I find it hard to believe there are more guys like Bo Horvat out there than there are of athletes who would just say they don't give a shit about Brian's $91.50. Bo Horvat is the people's captain. And I hope he just has the same reaction to my college football bets I lost this weekend.