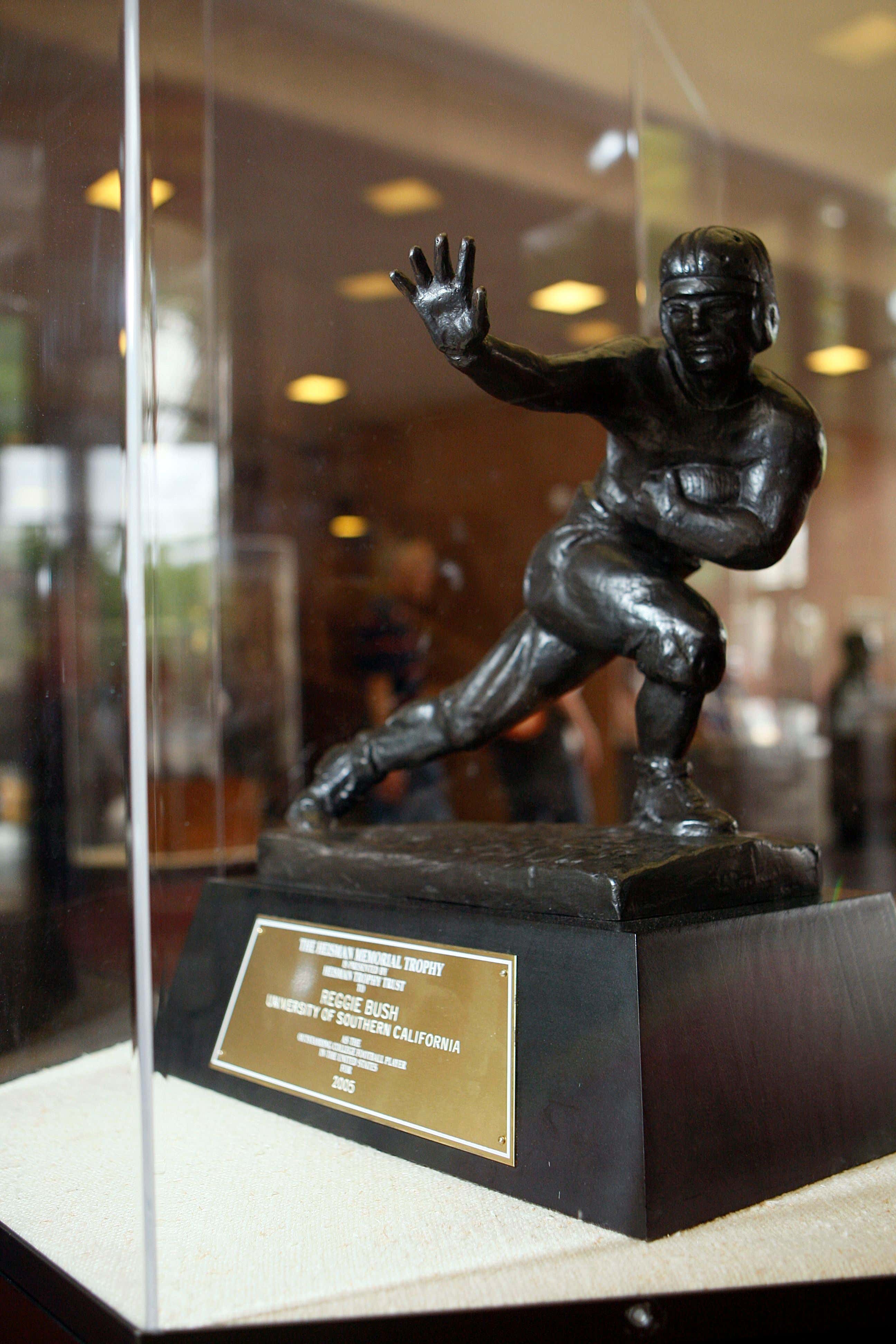 Blind resumes are meant to trick you , but I think it's pretty crazy to see a massive difference between these 3 players just on paper. However, the odds on the Barstool Sportsbook have a severe separation.

That will likely giveaway who is who.

Player A is Hendon Hooker, Player 2 is CJ Stroud, and Player D is Caleb Williams

Is CJ Stroud likely the guy to win this award ? Yes. So if you are someone who just takes things on the surface and has no imagination, just stop reading now. On the other hand, if you like a little value, hear me out and take a look at Caleb Williams.  A quick reminder that even in USC's lone loss this year, Williams was magnificent (25/42 381 pass yards 5 TD 0 INT).

My main reasons are this :

A- Like I said at this point Williams' stat line is on par with Stroud and Hooker, the two favorites to win the award. If he was way behind, it wouldn't even be worth a look. But the fact that at this point he's statistically having just as good a season as anyone in the country means there isn't a massive amount of "catching up" to do. He's par for the course. He doesn't have to go out of his mind and throw for 600 yards and 5 TD's a game to have a chance at this. He just has to keep doing what he's doing and his stat line will be right there with Stroud and Hooker.

2- His team (possibly unlike Hooker and Stroud) could be the only one in the College Football Playoff. Now, this is a little bit of a stretch, but it's not that much of a stretch. Tennessee cannot appear in the SEC title game. UGA already clinched that side. The Vols are 100000% in the mix for a playoff spot but they don't control their own destiny and they are very far from a lock to make it. If LSU beats Georgia it's a worst case scenario for Tennessee in my opinion. If Georgia beats LSU, Tennessee has hope for the 4th spot but needs TCU to fall off , the Pac 12 to have a 2 loss champion, and would still be sitting there with the Michigan/Ohio St loser as well as potentially Clemson. That's no lock.

Ohio St is make or break with the Michigan game for a playoff ticket. Win that and they get a Big Ten Title game appearance where they will be a massive favorite. Lose to The Wolverines and they pray they sneak in via the committee. I do think it's more likely that Ohio St makes the CFP however there's a chance they don't. There's also a chance Tennessee doesn't. Which would mean if USC takes care of business, Williams would be the only one in the CFP of the 3 biggest Heisman favorites. That seems like it could give him an edge in voting.

D- Speaking of gaining an edge with voters, to me, Williams has a LOT of big games remaining. Maybe the most in the country to showcase his talents and steal this award. Hear me out.

Neither of those is a "big game". No conference title game, no real showcase.

2 big games, no doubt about it. Williams will need Stroud to lose to Michigan to have a shot.

So Williams has the most opportunity vs ranked teams of any of the candidates ? Hmmmm….

Again, this is a value play and a lot needs to happen. Also guys like Blake Corum, Stetson Bennett and Drake Maye stand in his way as well. But if things break correctly, Williams could be in New York thanking his coaches, teammates, and family. At +1000 I'm willing to roll the dice with USC, Lincoln Riley (a guy who is known for coaching Heisman winners) and most of all Caleb Williams who is playing like one of the best QB's in the country.