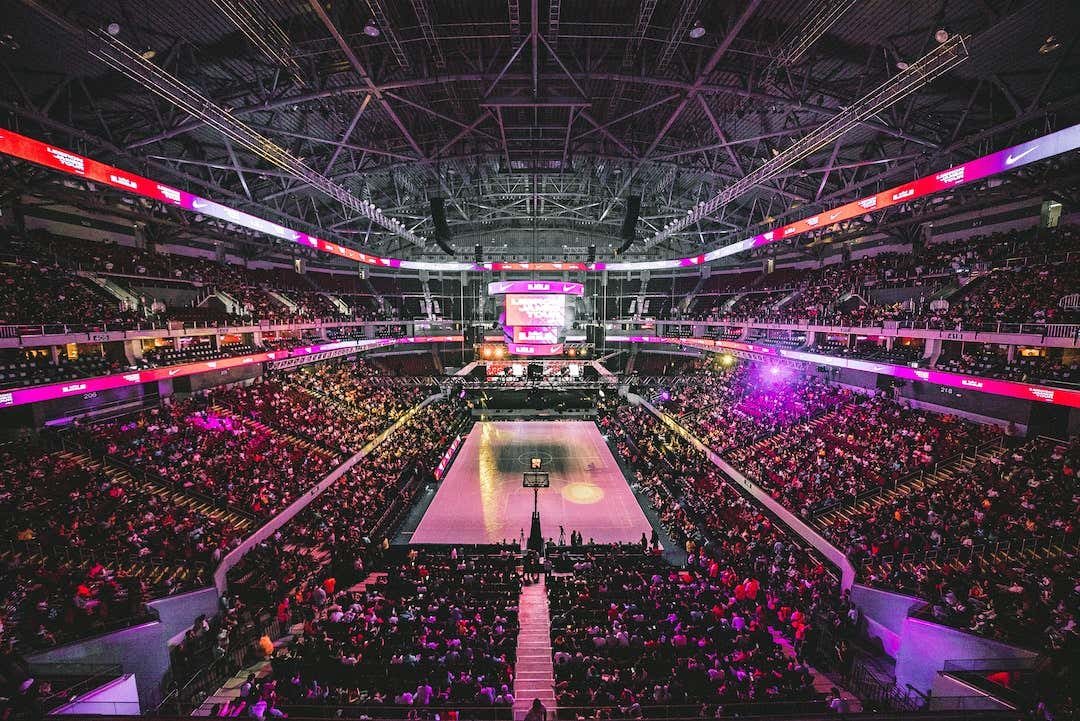 Last year, I started publicizing my sports betting as the Barstool Sportsbook became legal in New Jersey, where I live. I started with the NFL and had a lot of success, finishing up money in my first season. I specialized in prop parlays. I am a fantasy guy at my core and follow stats and trends and got very hot towards the end of the year hitting a big parlay seemingly every other week.

Once the NFL ended, I started dipping my toe in the NBA waters. I had been doing it for a week or so before I arrived in Los Angeles for Super Bowl week. I was working my Ad Operations job at the time and actively trying to make the switch to Content. The week went pretty well for The Yak and myself especially and I had just checked out of my room, so was working in the hotel lobby. That's when Dave walked in and we exchanged pleasantries. I asked him to sit down for a minute and he obliged. I asked him if we could eventually revisit our talk from the fall in which I pitched my idea to move to content live on The Dave Portnoy Show with Eddie & co. He was surprisingly positive and said that there was potential, but he wanted to see me do more than the NFL, which was only a five month a year sport. He said he wanted to see me try basketball and we could revisit after the NBA season ended. That was really all I needed.

I would describe myself as a self-starter. I don't need a ton of direction as I'm self motivated and I've also been at Barstool since October 2016, so I have a good picture of how things work. For the rest of the NBA season, I got heavy into props. I unfortunately had a pretty rough start. I tried to replicate what I was doing in the NFL with the NBA, which was multiple leg parlays and it just wasn't working. After a few weeks I looked at the data and decided to simplify it. I decided to mainly put out single prop plays and 1, maybe 2 at most per night.

In the month of March I finished 21-15 and knew I had something. That's not the greatest record, but 58% is nothing to sneeze at. I also tried my hand at some March Madness props and got Dave on board with a big one. Things changed after that.

So much so that I actually got moved to full-time content, which has been a blessing. I consider myself one of the luckiest people in the world, but I'm not going to just rest on my laurels. The NFL is in full swing, but it's NBA season too. So when the season tipped off in mid-October, I made a vow that I'd give out one single NBA prop every day that the NBA was on (*only day there was no pick was election day when the NBA took off).

I started off RED HOT going 6-0 to open the year and while that streak game to an end on day 7, I am in the midst of my THIRD 5-game win streak in just over a month and we're doing it all.

or maybe we'll find weird splits like when Mikal Bridges goes home to Philly to play:

I'll take plus money props if the data suggests it's the best play:

And I am NOT afraid to take an under, even a scary under:

We hit again tonight, this time winning it in the 2nd Quarter to move to 24-9 on this season.

I put a long time into research of each individual prop I put out and I only do one per day. The money is good and my record means a lot, but I just love the interaction with people before, during, and after the game. I post live updates via my @TrustTheData twitter account. I hope if you ride with some picks soon, but if you do, my ask would be to not judge me off a one game sample. If you bet it and it loses, that may just be an unlucky play that night. I'm 24-9 on the season and I have no doubts I'll finish the season above 63%. I'm an every day play you should be able to set your watch to. So if you're interested in that type of guy, I'm your man. Trust the Data and you will be rewarded.