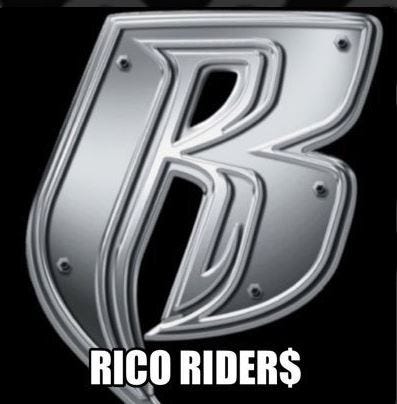 Welcome back. Big weekend ahead, I’ve decided to include three big  NFL games that all involve match ups with playoff implications, for the full list of NFL Trends, OddsShark.com has them here .  First the major Bowl games :

The underdog has won SU and ATS in six of the last eight Orange Bowls.

The total has gone over in eight of Alabama’s last nine Bowl games.

The favorite has covered in six of the last nine Cotton Bowls.

The underdog has covered in the last four Outback Bowls.

The total has gone over in four of the last five Fiesta Bowls.

The underdog has covered in seven of the last nine Fiesta Bowls.

Stanford is 5-1 ATS in its last six Bowl games.

Iowa is 5-2 ATS in its last seven Bowl games.

The favorite is 6-2 SU in the last eight Rose Bowls.

The Vikings are 0-5-1 SU and 1-5 ATS in their last six games on the road against the Packers.

The Packers are 8-2 SU in their last 10 games against their division.

The Packers are 6-2 ATS in their last eight games after a loss.

The total has gone under in nine of the Packers’ last 12 games.

The Vikings are 7-0 ATS in their last seven games as road underdogs.

The total has gone under in seven of the Vikings’ last nine games after consecutive wins.

The Jets are 0-4 SU and ATS in their last four games against the Bills.

The Bills are 1-6 SU and ATS in their last seven games in January.

The Bills are 7-2 ATS in their last nine games as home underdogs.

The total has gone over in the Bills’ last six games in January.

The Jets are 2-9 SU in their last 11 games after winning as an underdog.

The total has gone over in nine of the Jets’ last 12 games in January.

The Chargers are 1-8 SU in their last nine games against the Broncos.

The visiting team is 9-1 ATS in its last 10 games in this matchup.

The total has gone over in eight of the Chargers’ last nine games in Week 17.

The Chargers are 5-0 ATS in their last five games on the road.

The total has gone under in six of the Chargers’ last eight games as road underdogs.

The Broncos are 3-7 SU in their last 10 games in January.

The Broncos are 2-5 SU and 1-6 ATS in their last seven games as favorites in January.

The Broncos are 21-3 SU in their last 24 games against their division.

Welcome Back and Happy New Year ! My Bowl picks have come back down to earth, now at +0.545 units. Full recaps of Bowl picks/prior write ups can be found here. A few notes :

– NFL : You might be interested in the fact that it looks like the 49ers will go through this whole season as underdogs (something that’s never happened in at least the last two decades according to our database.

-My Steelers +1800 future to win the Super Bowl  is now all but dead, after a puzzling loss to the Ravens and a Jets upset of the Patriots. Still some scenarios where the Steelers can make the playoffs, but at this point it looks all but lost. I still contend it held great value at the time. Current Super Bowl odds via OddsShark.com poses an interesting scenario in the NFC. Despite having a better record of 14-1, Carolina has now shifted to +500, and Arizona has moved to front runner status of +350.  With Pitt almost all but out of the picture, New England at +110 to win the AFC almost seems like stealing. I’m jumping on that for 4 units, knowing I’ll have a monster hedge opportunity.

-“Middling” – Some readers/twitter followers have asked about middling a bet and where and when as well as how much you should use it. First, let’s define middling so everyone is on the same page. My friends at OddsShark.com define middling as : essentially betting on both sides of a game where you have a chance to win both bets. If you’re a novice bettor and want a full write-up I suggest reading this  before I explain my scenario.

I typically bet up to 1/4th (smallest size) or HALF (biggest size) on a middle bet. I also tend to only bet middles in game rather than before a game. Perfect examples the past week were the NBA game of the Bulls and Pelicans. I rode with Big Cat’s NBA Christmas under trend and grabbed under 200 as the total for the game. The halftime score total was 80, the 2h line was 100. So if I took the 2h (second half) over (which I did), I would have a 19 point middle (any total 181-199) where I could hit both bets. Given the game was still tight at half, I figured fouling would help, as well as it was one of the biggest middles you can get. I jumped on for 1/2 my original bet. Example if I bet 10 units on the full game, I bet 5 on the 2h, hoping for a best case +15 unit game, a good case +4.5 (after juice) game if the game stayed ugly and 2h under didn’t hit, or a worst case -6.1 unit game if the game went bonkers and pushed over the total of 200 completely. The game got dicey and went to overtime, but I was able to collect on both sides (+15 example).

Keep middling in mind when looking at your original bet, as well as 2h lines and totals. You can have serious value in some. Some tips I have though : – don’t just take a middle for pure value. Try to watch the game and figure out why you think it will go a long way. For example if you took and under 145 in a college basketball game, and the first half is 35-30 but a bunch of layups were missed, and  both teams like to run- I would say factor that in more when deciding your 2h bet. Tip : the smaller the middle the more likely you should stay away. Kinda common sense, but figured I should say it anyway. 6-8 points in basketball is virtually nothing. 4-6 points in football to me is worthless. In those scenarios just let it ride.  Last tip : – Stay as profitable as possible. Try to keep a rule of 1/4th to half your original bet. You always want to win the big one, grabbing the middle is just the icing on the cake.

Bowl Picks  (in order of confidence) :

Florida State -7 (vs Houston) (lock of the week)

Don’t get me wrong, Greg Ward of Houston has had a fine season, and is a great player, and everything Tom Herman and that team has done deserves to be commended.  However, they haven’t seen a team like Florida State in their conference. The athleticism, the skill and most importantly the speed.  Speed can KILL that ride and glide offense Houston runs by simply closing on the ball faster than everyone else has. On the flip side, Dalvin Cook and FSU’s offensive line should given Houston fits all day. The last thing I really like here is Jimbo Fisher. Despite last year’s debacle vs Oregon, he’s 4-1 in bowls during his time in Tallahassee including a National Championship. The one bowl that stood out to me even more than the national championship was the 2013 Orange Bowl vs Northern Illinois. It was a game that is very similar to the scenario FSU is in right now. Not much to play for, versus a mid major team with everything to play for. A lot of people made N.Illinois a sexy pick to pull the upset. Fisher and the Noles wouldn’t have it and cruised to a 31-10 win that was never really that close. LOVE Fisher and the boys to do the same here.

Will be an ugly ugly ugly game, but I do NOT see Harbaugh losing this one. The spread of -4 was pretty fair to me so I’ll risk the juice and be on the Wolverines. The main difference to me here was Florida’s ability to throw the ball, I haven’t seen it all year, and I don’t think it’s all of a sudden coming.

The initial reaction here is to pick a side (and if you’re asking I’m on the Sooners), however I think the points is the safe bet here. Clemson never looked dominant on defense all season. Oklahoma can score and wants to speed things up. Oklahoma runs 81.1 plays a game (13th in country) and Clemson runs 80.3 plays a game (15th in country). Lot of athletes, lot of throwing. I like the over here more than the sides.

I have Xavier +6600 to win the entire thing. I am not sure why they are getting so many right now, even if it’s on the road. Villanova has the 4th highest three point rate (3pt attempts / total fg attempts) with an  INSANE 49.1 %. Xavier holds opponents to 30.1% from behind the arc. I’m banking on Nova relying on the three too much, and Xavier being able to stop it.

Happy New Year to all your families, the Lockwood family, and all the Rico Riders. Lots of love, lots of happiness, lots of units, and as Billy Joel says, ” Don’t take any shit from anybody”

CFB YTD: +43.145 units College Football YTD, 12-5 YTD College Basketball via Twitter . For all stats and trends check out OddsShark.com & follow @Rico_Bosco on twitter for all my other picks.