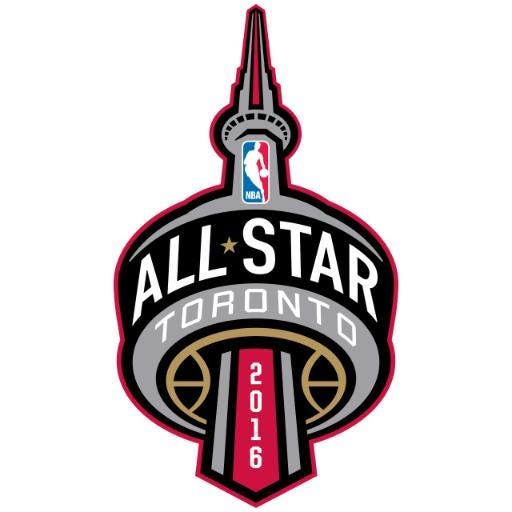 Welcome to Bosco’s Bets via my friends at OddsShark.com

The wiseguys in Vegas are report a record handle of $132,545,587 according to Nevada Gaming Control. The books collected a hold of 10.1 percent for $13.3 million, which marks the third biggest hold percentage in the last 11 years. The other two best years for the books over that span also came in Peyton Manning Super Bowls (2014 and 2007). A full read is here.

It was a little hectic as both Coldplay and Lady Gaga caused confusion by ad-libbing lyrics. Gaga stretched out the O/U on the National anthem by saying “brave” twice, and Chris Martin sang one line of Yellow causing confusion for the books on what to pay out. Full read here .

Never too early for College Football futures and Oddsshark.com’s are here . Not surprisingly, Ohio State and Alabama are right at the top of the list.

The real story this weekend is The NBA All Star Game. Odds are listed below for the contests, as well as MVP odds. 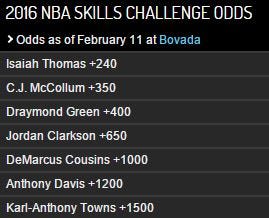 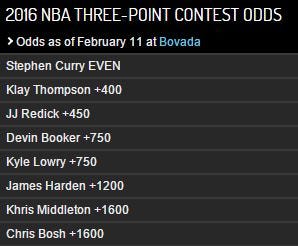 I bring in one of the nicer guys out here in the capping world, @SportsCheetah  of Wager Talk to tackle the picks for these contests. I’ve read his work  for a while, and love his approach of finding value through analytics. After listening to his podcasts I’ve also respected how level headed he approaches the games, something that comes from a Master’s in Sports Psychology.  He’s a huge NBA guy so without further ado, here’s his take on this weekend  (sent to me last night so excuse any minor changes in odds) :

“Steph Curry returns after winning the contest a year ago a big favorite. Considering there are 8 participants and you can only get even money +100 on Curry, I imagine this is the biggest favorite the 3-point contest has ever seen. I didn’t look that up. He actually opened up as a 9/4 favorite at Bovada (them and 5dimes are the only books currently offering odds on the events), but it looks like people are slurping the 2015-2016 Steph Kool-aid and bet this down to +100 already.

Don’t get me wrong, I will be the first to slurp the greatest shooter this sport has ever seen, but it doesn’t mean I would bet him to win this 3-point contest at a really low price. Everyone betting Steph early has actually improved the price of the player (and all the others) that I think actually does win it — Klay Thompson. Klay can be had at +450 right now to win the 3-point contest and he will be my only play here.

In the past I’ve made 2 bets in this contest. In 2014 we hit Marco Belinelli as a long shot to win the event, but we had also bet Steph Curry. Overall it was still a fine score (if I recall Marco was +800). In this case I’ll just be betting Klay, but you could convince me that Chris Bosh at 30/1 is a ridiculous price for a professional basketball player that has shot 37% from 3 over the last two seasons. Believe me, I agree, I don’t know why he is even in this contest ultimately, but any of these guys can get hot for a short period of time. I also would wager the 3-point contest has never had a contestant getting the absurd price of 30/1. I didn’t look that up either.

What I like about Klay other than the fact he’s the 2nd best shooter in the group and I can get him at +450 is how effortlessly he shoots the ball. Chucking 25 3-pointers in a minute requires stamina, and, in comparison to a jump shooter like JJ Redick who has so much lift every time he takes a shot, Klay is someone that I can bet on without having to sweat him running out of gas late in a round.

It’s also worth noting Klay lost to Steph in the championship round just last year in his first ever appearance in the contest. He actually led all contestants in the 1st round with a score of 24. Klay is probably the streakiest shooter in the game (he made 9 3s in a single quarter last year. Really.). If he gets it going he’s going to have a legit shot and +450 is plenty of value to recommend a play here.”

“Zach LaVine is -300 to win the dunk contest and deservedly so. Ever since he graduated from high school he’s been known as one of the best dunkers in the world. He had a chance to showcase his abilities last year and won the contest fairly easily.

The opportunity to get him at +$ (he closed around -125) was in 2015, but it doesn’t mean there isn’t any value here laying the big number either. I personally am going to wait and see what the price is after more shops start posting their odds for the Slam-Dunk contest, and if I can find LaVine in the -225 to -250 range I’m going to be on him pretty big.

If I had to choose 1 of the other 3 contestants in the group then people that have been following me on Twitter this season know that my boy WILL BARTON would be my pick at +550. A few weeks into the season I bought up all the Will Barton jerseys I could find in existence on the internet. True story. If anyone dethrones LaVine (they won’t) it’s going to be BARTON.”

“My original pick was Kobe, but his odds have put him as the favorite which holds no value. If you love the long shots I would say Isaiah Thomas at +3300 (even as high as +5000) in some books would be the play.”

Thanks for the time Preston aka Sports Cheetah. Feel free to get at him on twitter for his Skills Competition pick.

Reached via his rotary house phone as always, Danny said ” Kings coming off a loss last night but Quick returns between the pipes and The Kings are just too big for The Rangers. The Lightning are off back to back losses on the road, but now back at home where they are on fire.”

Thanks Dan… pizza on me as always.

Smart kids, but not necessarily great hopps players as both of these teams are at the bottom of The Ivy League. Brown at 2-4 and Harvard at 1-5. Brown likes to speed up the tempo as they rate 47th in the country, however Harvard wants to slow it down 259th. Harvard has done well slowing the game down at home , as well as frustrating visiting opponents holding guests to 62.66 points per game in their 6 home contests this season. Brown comes in RED HOT from 3pt range in their last three shooting 59%,47%, and 54% from deep. That’s insane. It’s due to come back to earth, and it helps that Harvard has the 12th best 3pt defense in the country. Amaker is a good coach as displayed by his NCAA success, and these kids go to Harvard after all, so expect a gameplan of defending the deep ball, focusing on rebounds, and slowing the game down to keep this one under.

Will likely catch some crap here for this being another small road favorite but I don’t bye this line being accurate. Aside from a tough loss at Manhattan , King Rice has led his team to take care of business on the road all season in the conference. Also, this isn’t even really a road game as Monmouth and Rider are an hour apart. Monmouth is in serious contention for being on the bubble, which is bananas. No let down here, even with Manhattan looming on Monday. Justin Robinson’s better than every player on the court. Gimme Monmouth.

Thanks again to Sports Cheetah for his time. Good Luck to the ladies of Massachusetts fighting over who gets to be my friend Hank’s Valentine this weekend.  Enjoy the games, and make sure you open your girls door, walk them to the door, and NEVER sit outside and beep.That’s someone’s daughter/sister …show respect. Have a good weekend Rico Riders.

CFB YTD: +31.15 units College Football 2015-2016 Season, 82-63-3 YTD College Basketball via Twitter . For all stats and trends check out OddsShark.com & follow @Rico_Bosco on twitter for all my other picks, questions, and overall entertainment.