It all started thanks to the photo that blessed the internet yesterday:

Brilliant marketing strategy here by “The Pony: The Ultimate Strip Joint.” As a guy who has never been to a strip club, and has no plans on going to a strip club anytime soon, the first thought that popped into my mind when I saw this was “damn, I got to find a way to get to this.” So, I decided to do a little research. I wanted to find out more about this tribute party slated to happen on Saturday and the brilliant mind behind the conception of this idea. After searching Google, Instagram, Twitter, and Facebook I didn’t come up with much. I came to the conclusion that The Pony was more of an old school strip joint due to their lack of social media presence. I found a number online but decided against calling a random strip joint in Mississippi for obvious reasons. Thankfully, Dan Wolken at USA Today did place that call and gave us a bit more info on this tribute party:

USA Today-Jerry Westlund’s strip club empire spans both coasts, including much of the Southeast. But of the 25 he owns and operates, his college football loyalty is on display inside The Pony in Starkville, Miss., where he boasts of owning “the world’s largest tuned cowbell.”

No doubt that cowbell will be rung, Westlund told USA TODAY Sports, on Saturday night when his club hosts a “Hugh Freeze Tribute Party.”

First of all, shout out Jerry Westlund: 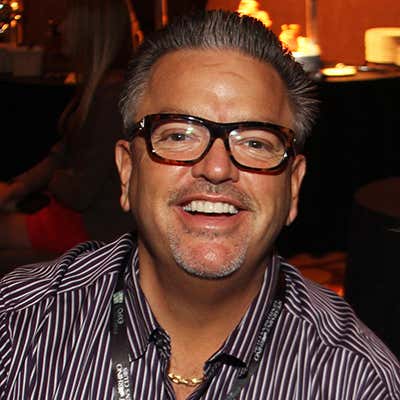 “Hugh Freeze was a piece of work to me because he banned his players from coming to my clubs,” Westlund said. “He banned them from going to strip clubs. I’m like, I’m sorry at 18 years old you can serve your country. We can give you a gun and send you to a Godforsaken place like Afghanistan, but Hugh Freeze decided they weren’t mature enough to come to a strip club so as the ultimate hypocrite, it’s only appropriate we’d have the Hugh Freeze tribute party.”

Interesting that to Jerry the hypocritical part of Hugh Freeze not allowing his players into his strip clubs is that those same players could be serving in Afghanistan for our country. He could’ve picked, oh I don’t know, the fact that Hugh Freeze was fucking escorts on the side for multiple years, but Jerry seems like a man who doesn’t go with the obvious choice.

Westlund now views that as hypocritical given that Freeze was forced to resign on July 20 for a pattern of inappropriate behavior after the school investigated a one-minute phone call to an escort service. For many, the revelation was a shock given how publicly Freeze flaunted his Christian faith.

“He was willing to go out there and attack people who come to my club,” Westlund said. “If you want to call an escort service, knock yourself out. You could have come to my club and gotten a lap dance and made a friend just as quick.”

All time quote here. If you imagine it in a strip club owner’s southern accent it gets 10x better. Jerry should tattoo this quote on his chest. Phenomenal.

Westlund said if the doormen determine that someone looks like Freeze, the cover charge will be waived. There will also be free admission plus a drink for anyone who “turns in your Ole Miss official SEC coaching visor,” a nod to the sideline headgear Freeze preferred.

“We’ll be ringing the bell in tribute to Hugh and wish him nothing but the best as he seeks to further his coaching career at some community college in the Pacific Northwest,” Westlund said.

I don’t know if there is anybody out there right now who is a bigger Jerry Westlund fan than I am right now. I need someone to bottle up the electricity he brought to this interview and send it to me so I can sell it for millions. I need MORE Jerry Westlund. I haven’t had enough. If Paul Finebaum’s producer doesn’t get a weekly segment with this man I’m going to go out on a limb and say he needs a new producer.

P.S. Everything is going just fine in Oxford right now if you were wondering: 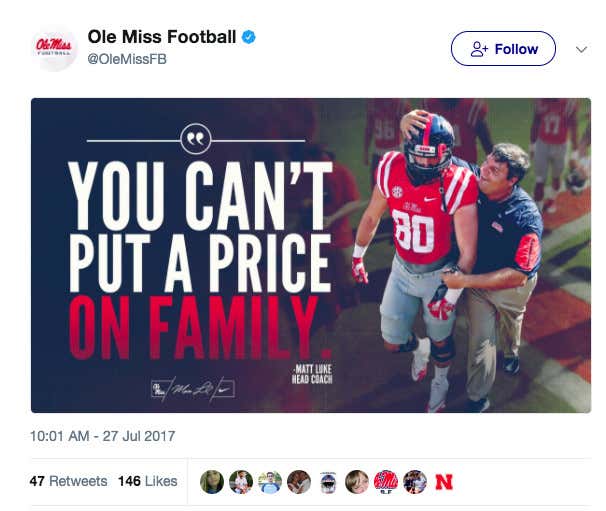