Lane Kiffin is having himself one hell of an off-season. After leaving Alabama just days before the national championship for FAU, he has signed a domestic assaulter, released a signing day hype video that he did with the enthusiasm of Stanley from The Office, caught at a Boca club hitting on FAU students, being sued, and offered a 6th-grader. All of this has happened and Lane Kiffin or the Owls haven’t taken the field to play a game.

Just when you thought the summer of Lane was over, he popped his head out from a Boca Raton bar to remind you that he’s still Lane Kiffin aka Joey Freshwater Aka A Content Creating Machine:

As the kids say these days, “Lane Kiffin is calling FAU #THEfaU now??”

There isn’t much to say about this from Lane. There’s two options here. Either Lane is just an idiot and heard this idea from some drunk gold digger in a Boca Raton bar OR throughout his Alabama stint he became incredibly self-aware and is now embracing his role as the troll of college football. I am leaning towards the second option. I mean look at what Lane pulled out his bag of troll tricks:

Yes, that’s the Luther Campbell who ran the pay for play scheme for Miami (the real #TheU) back in the 90’s. Lane’s got to be trolling…..right? A non-self aware guy wouldn’t share something like this: 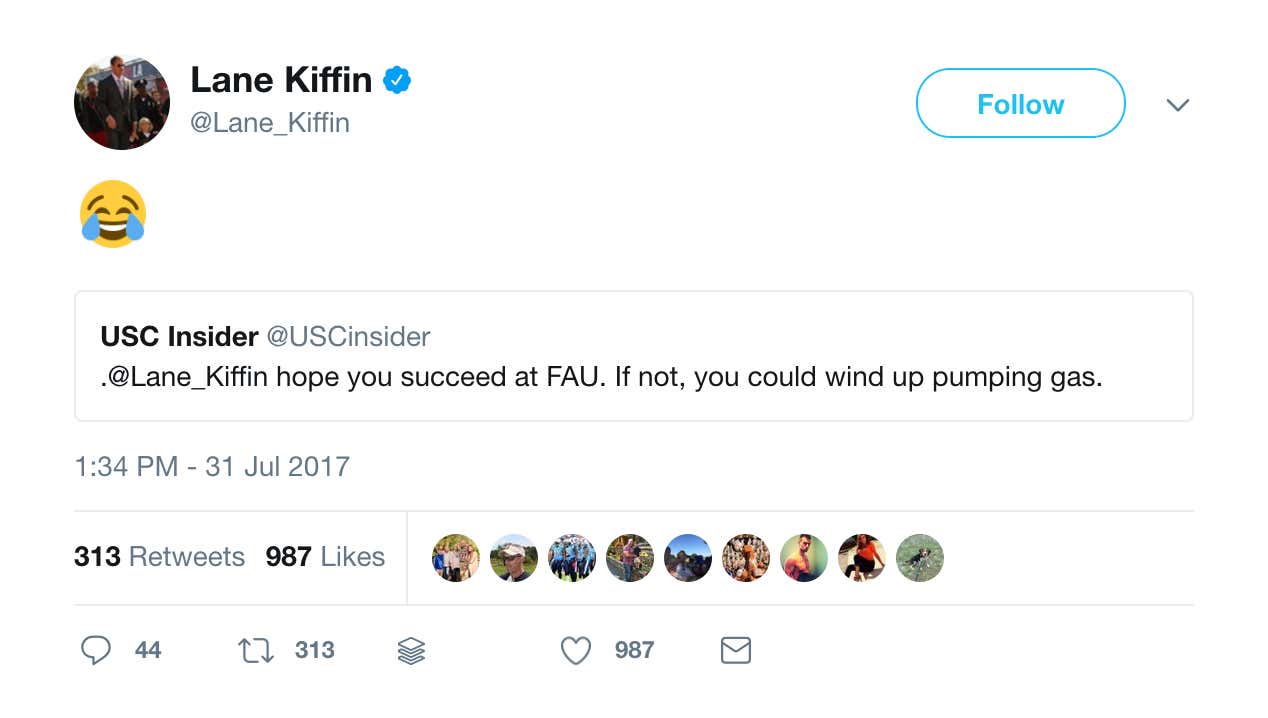 I’m all on board of #thefaU train by the way. I want a shirt and all other #thefaU apparel from Lane. I couldn’t be a bigger fan of this version of Lane Kiffin. He noticed everyone loves a good heel, so he’s embracing the hate and banging Boca Raton house wives like any good heel would.

I am officially naming myself the leader of #OwlUp and #thefaU twitter. I can’t want to get into it on the mean C-USA twitter streets.

P.S. If you think #thefaU isn’t catching on you are DEAD WRONG: 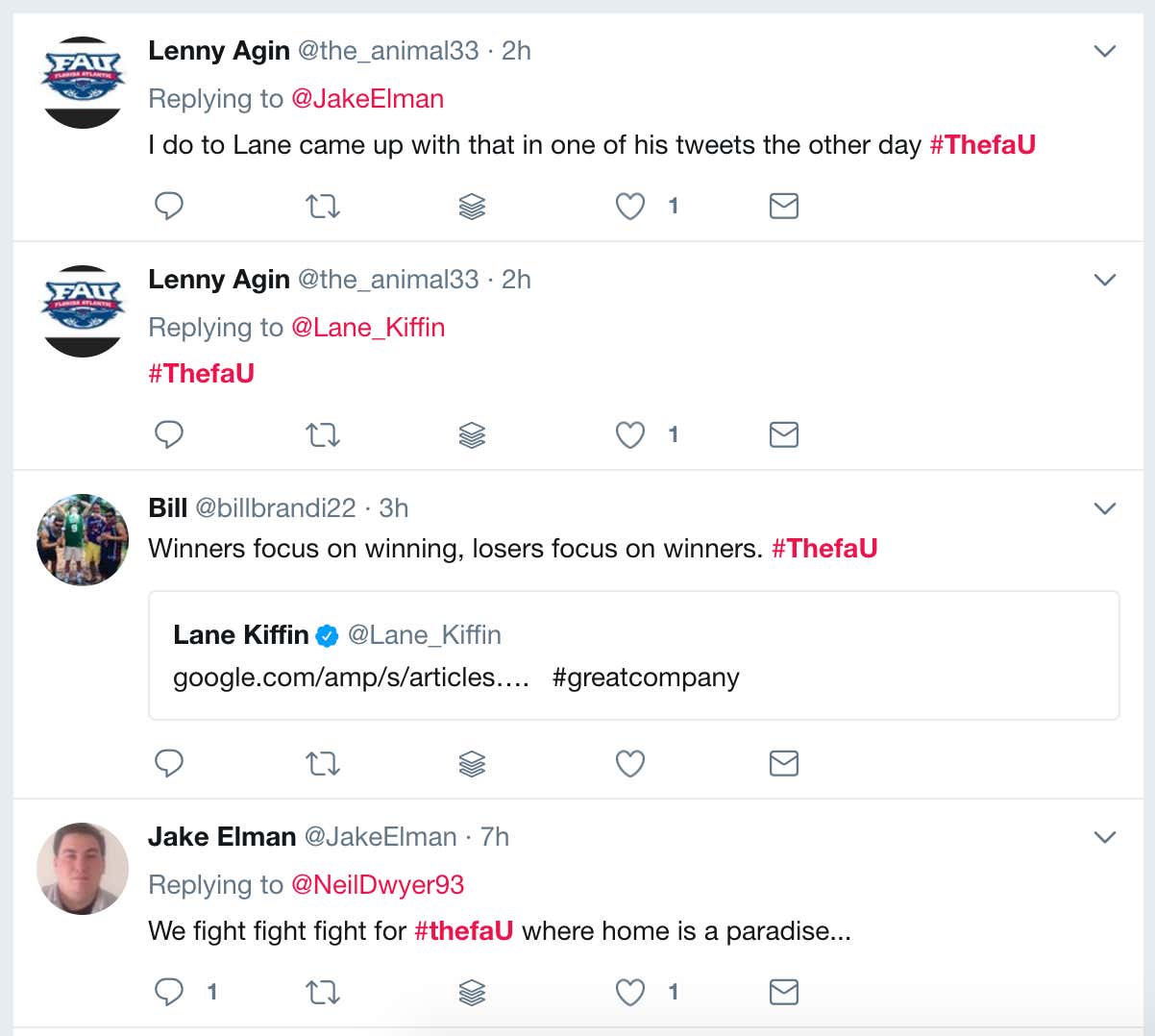 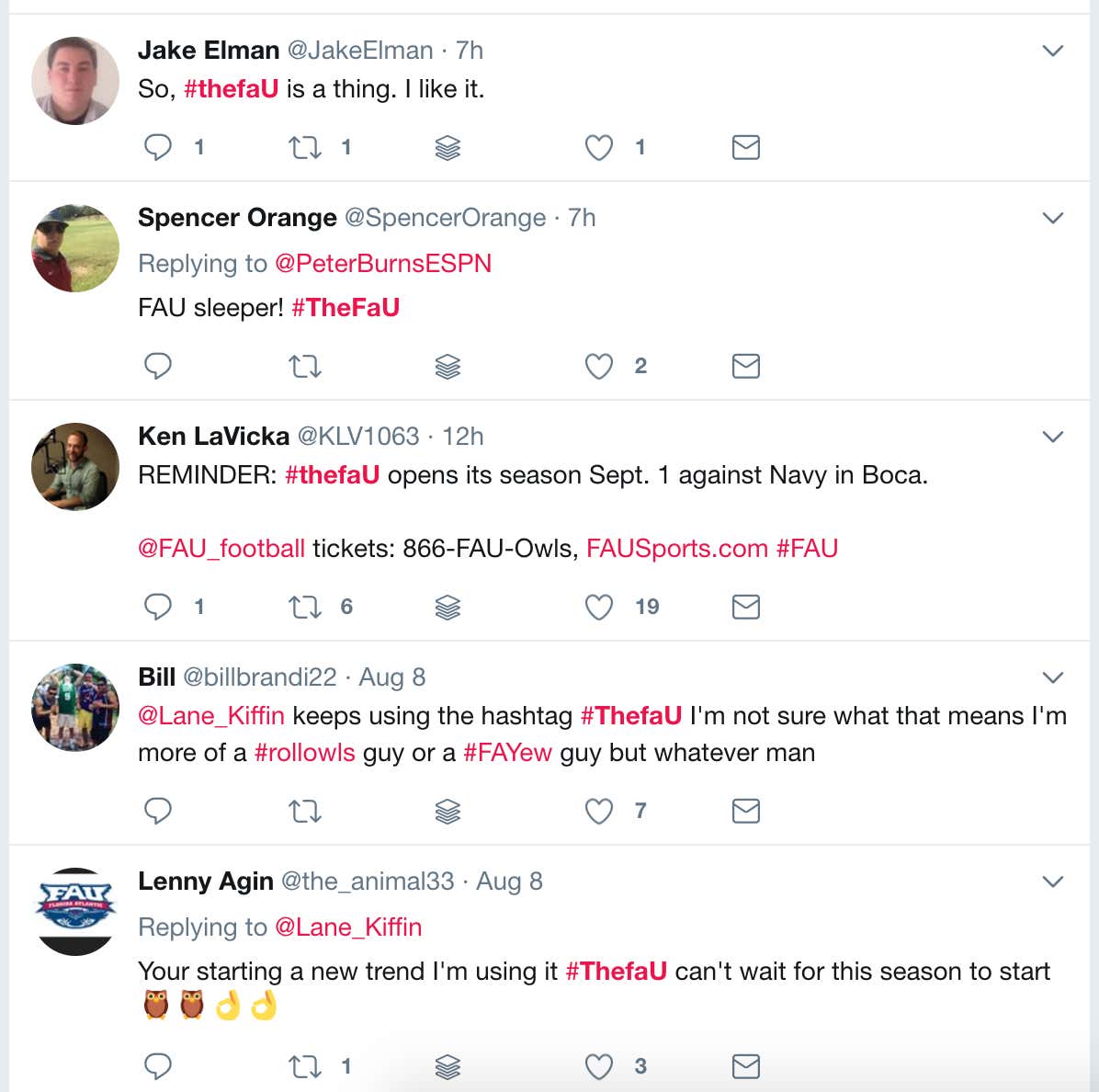 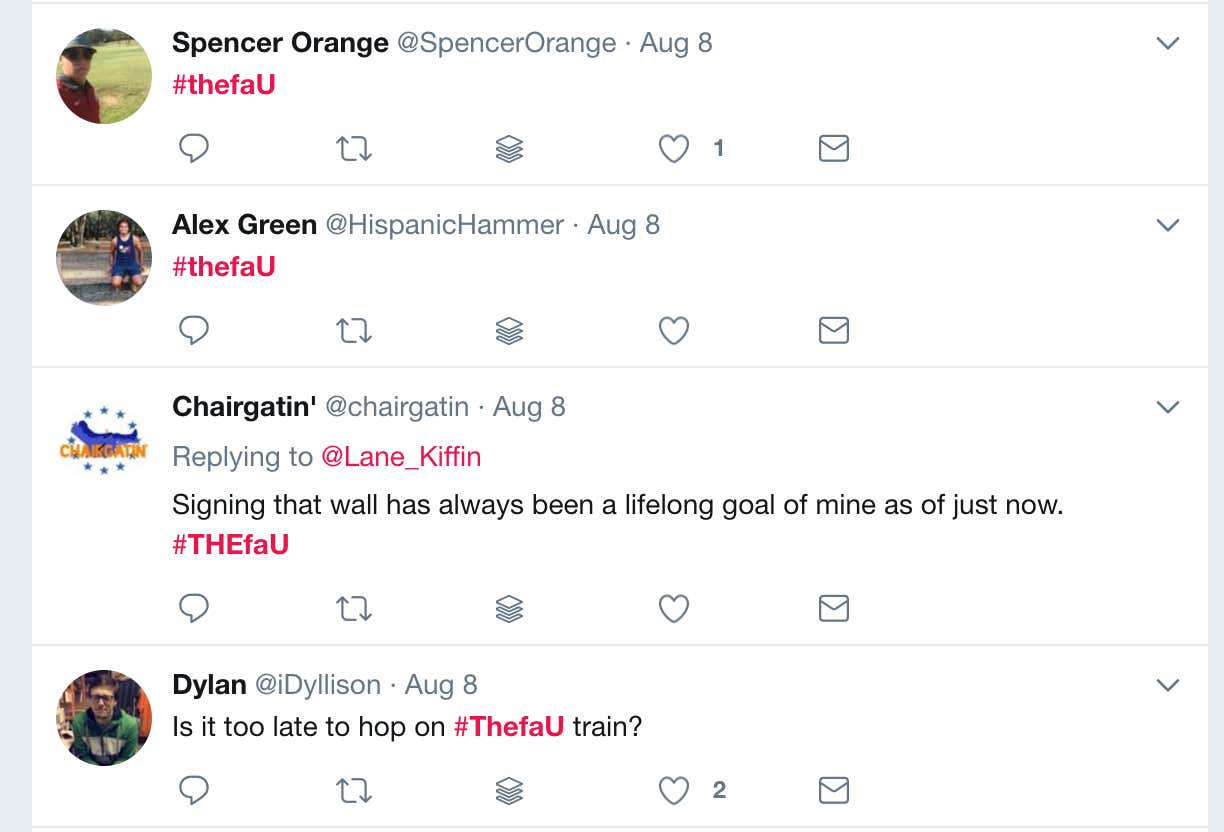