Wall Street Journal-Although school officials had previously declined to characterize the alleged misconduct, Ole Miss athletic director Ross Bjork said in response to questions from the Journal about Freeze’s travel that the university’s investigation uncovered “calls of a similar nature” over the course of several years, often matching up with travel logs showing the coach’s use of the school plane. The school said it examined his travel logs from peak recruiting times—often November, December and January—when Freeze would travel out of state, using the school plane and other public resources.

**Watches He Got Game once** 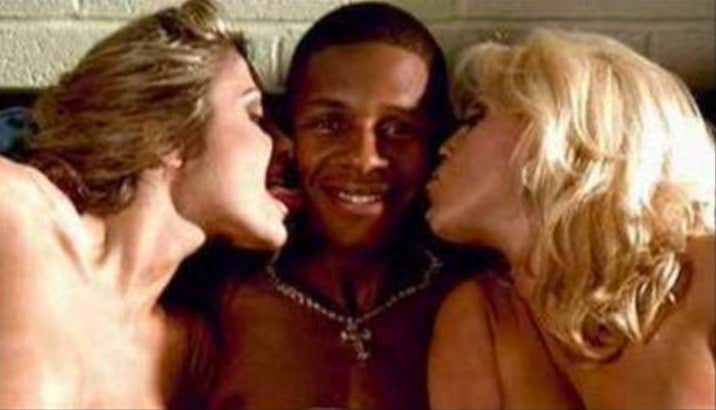 Sports Illustrated-The analysis of Freeze’s travel showed he had called “other phone numbers that when you Google them pull up similar type websites,” athletic director Ross Bjork told the Journal.

It ain’t a #BusinessTrip without a little fun, eh? I can’t believe that I doubted Teflon Hugh. I thought that the worst of Hugh’s deeds were using a state issued cell phone, but my man went all around the country on “recruiting trips” on the tax funded school plane and was banging escorts two at a time. It seems Hugh took #BusinessTrip tips from Fredo Corleone:

He even placed the phone calls on the damn PLANE! Hugh wanted a little mile high love.

On the morning of Jan. 19, 2016, University of Mississippi football coach Hugh Freeze tweeted a quote: “Look not back on yesterday—so full of failure & regret; Look ahead & seek God’s way—all sin confessed u must forget.”

Later that day, the coach flew to Tampa, Fla., as part of a recruiting trip using the school plane, according to documents reviewed by The Wall Street Journal. A few hours after the plane touched down at 5:30 p.m. in Tampa, his school phone registered a call to a number linked to a female escort service in that city, according to phone records reviewed by the Journal.

This further proves my point that anyone who continually posts about their “connection” with God are the scum of the social media earth. Them and political jabroni marks can all go to social media hell.

The only question that remains in this entire debacle has to be which escort services was he calling? Hugh Freeze must’ve enjoyed himself C-level escorts because the places he went on recruiting trips cannot be producing 5-star escorts. You can’t convince me that the services around East Mississippi Community College (Last Chance U) are producing SEC-talent:

Or in Loganville, Georgia (where Robert Nkemdiche is from):

No surprise that Hugh is into the freaky ones. The more religious somebody is in public, the freakier they are in their sexual tastes…..that’s proven science.

Going to be a hard time explaining this one to the wife, Hugh Daddy…..I wonder if there’s a bible verse that you can read to her about football coaches calling escort services left and right for years.

P.S. Surprisingly pretty hard to find info on escorts on the internet. Either I don’t know how to work the escort part of the internet correctly or the escort services are slacking on their marketing. I’m also going to get some absurd ads for the next few days thanks to searching for Mississippi and Georgia escorts for the last 30 minutes. Targeted marketing is the BEST.