I know it’s only August and a single college football game hasn’t been played, but I am FIRED UP for the newest addition to the 2017 bowl season:

The game will remain at St. Petersburg’s Tropicana Field but the bowl is removing the city’s name from the title and adding Gasparilla. That appears to be an attempt to make the bowl seem more regional for the Tampa Bay area since the annual Gasparilla Parade is held each year in Tampa.

Bad Boy Mowers has a multi-year naming rights deal with the bowl. This marks the bowl’s fourth title sponsor in its nine seasons. The others: magicJack, Beef O’Brady’s and Bitcoin.

Who the hell cares if Gasparilla isn’t a month plus after this bowl is going to happen? Right? Let’s name this bowl after a parade that is strictly known for being a day where people drink from the moment they wake up until they pass the fuck out. Look at this electric logo:

There is so much potential for this bowl. Can you see a sword fight between the two coaches at midfield before the game instead of a coin toss? Because I know I can see that. Let’s turn this bowl into a damn XFL knock off. Have the kickers stroll out there in a puffy pirate shirt to kick extra points:

Anything to get my interest up for a December 21st bowl rather than betting Miami (OH) plus the points.

It’s not even just the Gasparilla aspect that’s got me excited, the fact there’s a company named “Bad Boy Mowers” has my jaw on the ground.

This mowers company is in fact pretty popular. I’m not in the mowing game, so I don’t know if this a common thing, but Bad Boy Mowers seems to have used hot chicks to help their rise in the market: 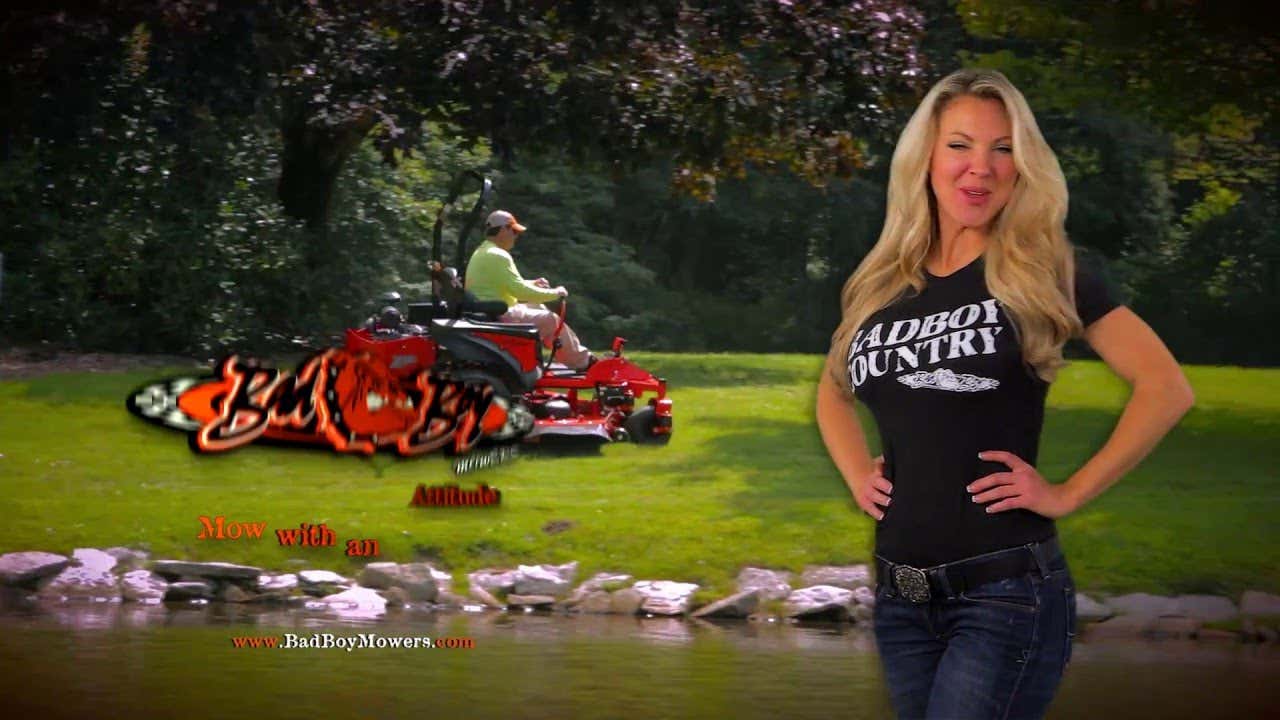 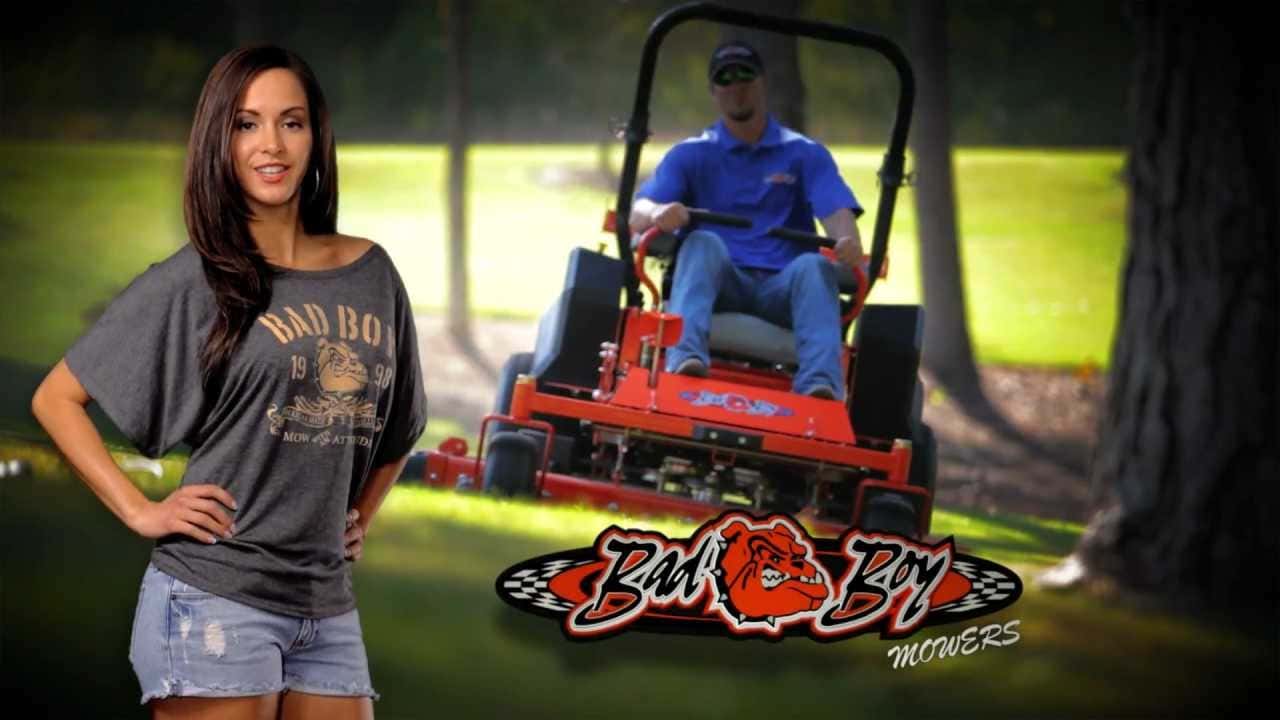 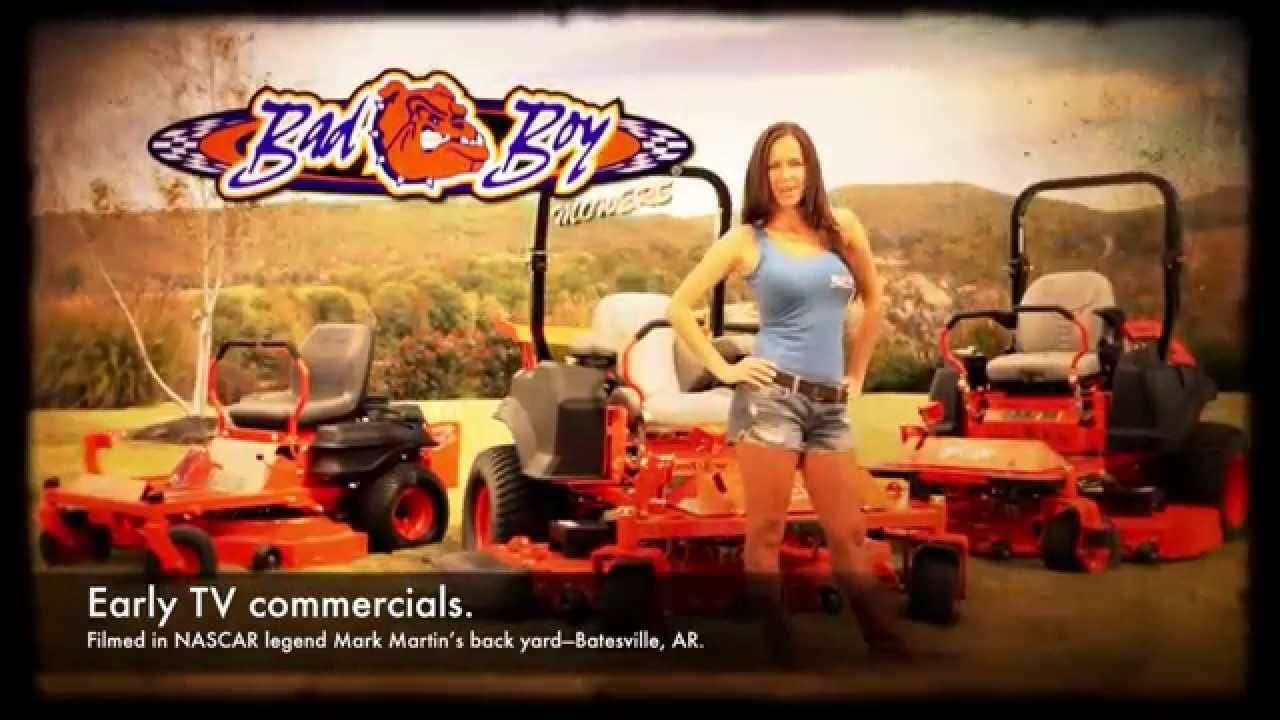 They, unfortunately, had to say goodbye to their original “Bad Boy Girl” back in 2014:

But they got themselves a new southern belle to sell mowers to a bunch of horn dog rednecks last year:

Mallory starts this video off by saying, “You know what I love about a bad boy?”

Bring Mallory and her crew of “Bad Boy Girls” down to St. Pete’s this December and put them on a Bad Boy Mover in a bikini because I want them to drive a disappointed SEC fan base NUTS. Nothing says “wife material” like a blonde southern belle who can take an overpriced lawn mower out to your less than a half an acre backyard with zero problems at all.

I could continue on, but I won’t, but this is going to be the pinnacle of an early post-season bowl. The name. The city. But most of all, the surface area it’s played on:

Nothing says a bowl named after a mowing company and a pirate parade that usually involves a disappointed SEC fan base like a disgusting field and a “party deck” that those fans can drink away their sorrows.

P.S. Good news for Gasparilla/Bad Boy Mowers…one of the previous sponsors of the St. Petersburgh bowl was Bitcoin in 2014, exactly three years before all your nerd friends told you they bought “so much” Bitcoin before it’s bajillion percent increase.