News got worse for the Florida Gators on Wednesday when Jim McElwain announced yet another two suspensions:

Scarlett and Wells became the ninth and tenth Florida Gator’s to be suspended since the beginning of August, which is impressive even for a SEC school. Ten suspensions this early (or at any point) in the season is shocking, but makes a bit more sense considering nine of the ten suspensions are connected:

Their suspensions are related to those of seven other Florida players, including star wide receiver Antonio Callaway, for making improper charges on their student IDs at the school bookstore and then selling those items for cash, school officials told ESPN.

Seems like McElwain has himself more than a few potential savvy businessmen on his team. McElwain definitely had himself a chance to spin zone this to “glad to see my players are thinking of their careers off the field and running elaborate businesses. Who cares if it’s sort of fraud? At least they are trying.”

ESPN-One source said the cards did not have the proper amount of funds to purchase the items.

I know you’re thinking, who hasn’t used the money they were given for college books for clothes, alcohol, drugs, etc???? Well, misusing a few hundred bucks your parents gave you has no real repercussions except for them looking at you as a disappointment as you call your 2.4 GPA a “big improvement” at Christmas dinner when Aunt Kelly asked you about your most recent semester. Turns out using improper funds on a state-college issued ID at a state-college bookstore is kind of a big no-no.

I know I’m kind of stretching here, but considering the University of Florida is a college funded by the state, which is funded by the United States government. So, these 9 players allegedly committed an interstate crime against the government together, which is criminal conspiracy. To take this one step further, let’s not forget that conspiring against the government is textbook treason.

Yes, what I’m saying is if you are a Florida State or Tennessee fan you should 10000000% create “The University Of Florida Benedict Arnold’s” t-shirts.

If committing treason against the US government wasn’t enough for the Gators, there seems to be a few snitches in the locker room:

Here is an inside look Barstool was able to get of Jim Harbaugh reacting to seeing 24.7% of Florida’s scholarship players either suspended, out, questionable, or probable for Saturday’s matchup:

Here is another one once he heard that a couple snitches are tearing apart the Florida locker room: 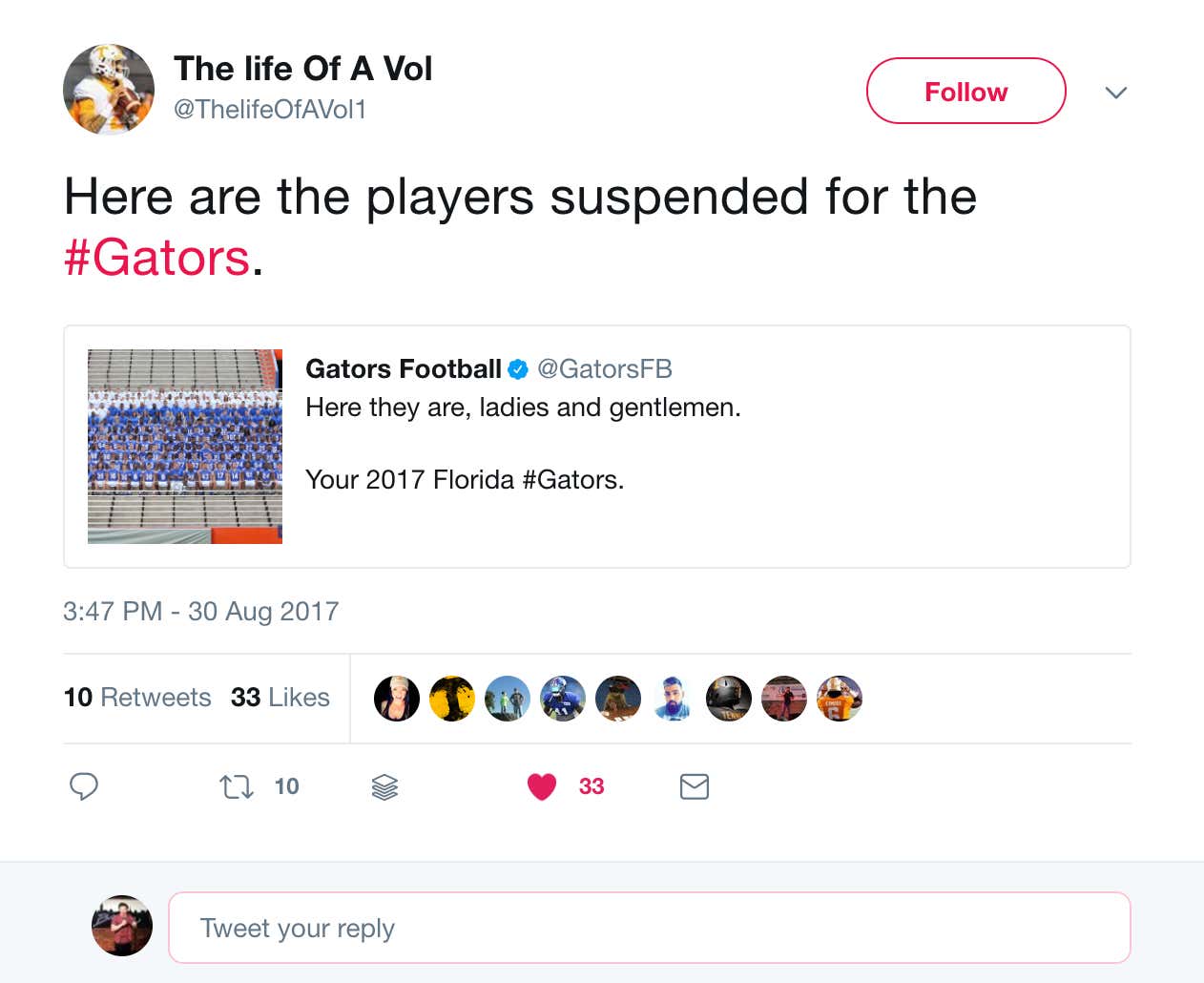