On Saturday night, the Nebraska Cornhuskers sexy new defensive coordinator Bob Diaco did not put up a great performance. The Diaco led defense allowed 497 yards and 36 points to the Arkansas State Red Wolves of the Sun Belt.

The state of Nebraska, whose schedule revolves around Nebraska football because nothing else good goes on there, was hoping for Diaco to return the Cornhuskers to the “Blackshirts” days of the 90’s. Diaco, of course, was hoping for the same result and was disappointed by his team’s performance. He was so disappointed, that he (literally) ran away from doing his post game press conference:

Diaco’s antics after the game caused some conversation over the past few days in Nebraska. Some would say it’s dumb to spend hours talking about Bob Diaco not attending a press conference, but again, we are talking about Nebraska here.

Diaco took to the stage on Tuesday to discuss his Saturday night disappearance:

Football Scoop-“I was under the impression that I did not have to do post-game media. That is what I was told, but I wanted to come here and just address that piece because contrary to what was depicted, I have never run away from anything in my life. I have never not stood up and been accountable, and responsible to my work and what I have been entrusted to do. That has never happened, and will never happen.”

I’m not even shocked at this point. When I saw the news about Diaco running from his press conference, I should’ve expected this exact response. Bob Diaco is the KING of turning everything around him into some sort of self-help speech. Now that I’m thinking about it, I’m surprised Bob Diaco hasn’t released a self-help book. I can see it now, “The 3.4 Million Dollar Workweek: How Spewing Motivational Bullshit Will Get You PAID Millions To Do Nothing” by Bob Diaco.

“We don’t really talk about statistics. We really don’t care. We try to build the build plan to keep the points down so that at the end of the game we have one more point than our opponent. That is the defensive objective – to defend the scoreboard and how we need to win the game. In some instances, discretion is the better part of valor, and what could be seen as trying to stop the opponent ends up working against you when you have a particular opponent and particular style of play.”

I’ve read the second part of the above quote 8 times now and I STILL don’t know what Bob is talking about. Imagine Bob Diaco and his pomade filled hair walking into a 4* LB’s living room and telling him “Oh we don’t talk about statistics in Nebraska. You see, discretion is the better part of valor, and what could be seen as trying to stop the opponent ends up working against you when you have a particular opponent and particular style of play.” Now I’m just making myself laugh.

It took around 3 years for Bob Diaco to sour in Connecticut, but it seems the souring is happening a bit quicker in Nebraska. Hopefully, Bob will leave a lasting legacy in Lincoln like he did at UConn: 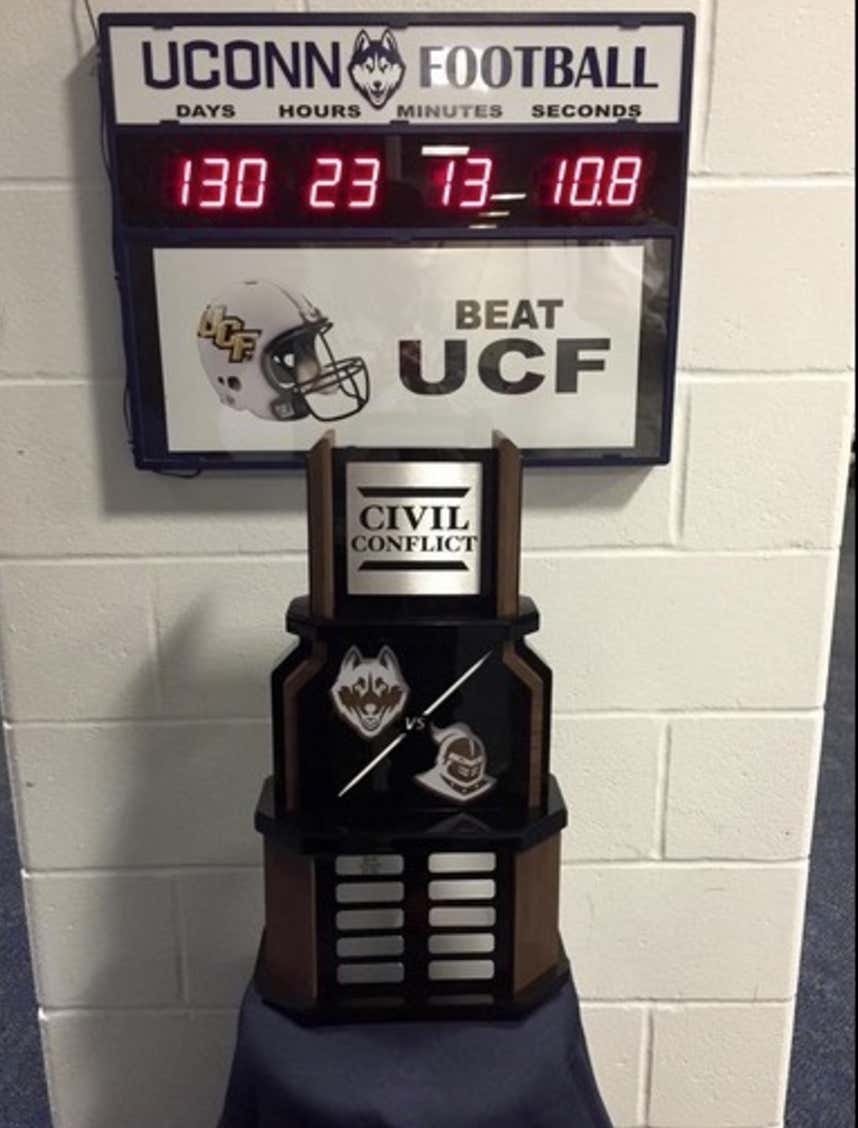 Diaco also said, “Every game has its own recipe for winning.”

Wait…did somebody say something about recipes? 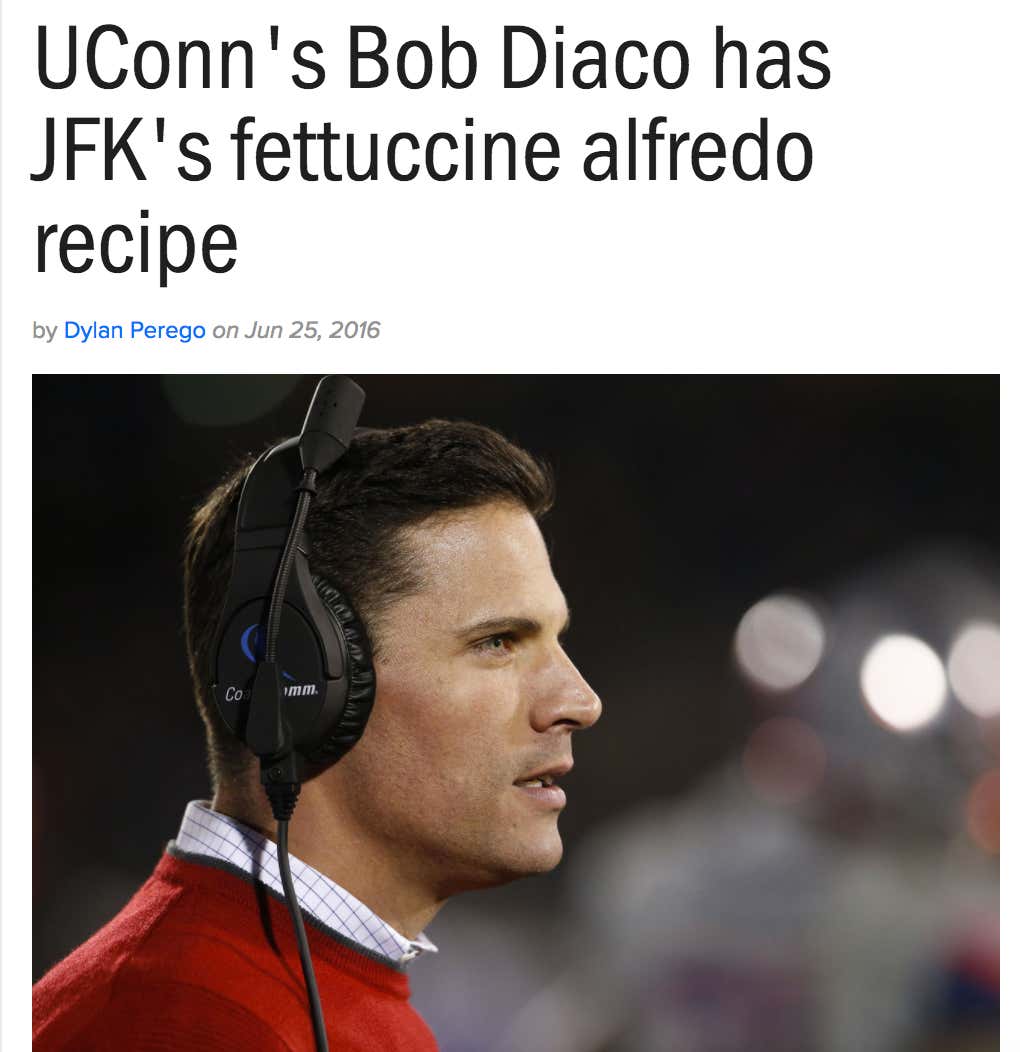 P.S. The way Diaco refuses to clip his microphone onto his shirt is example 8,321 of him being a legitimate psychopath: 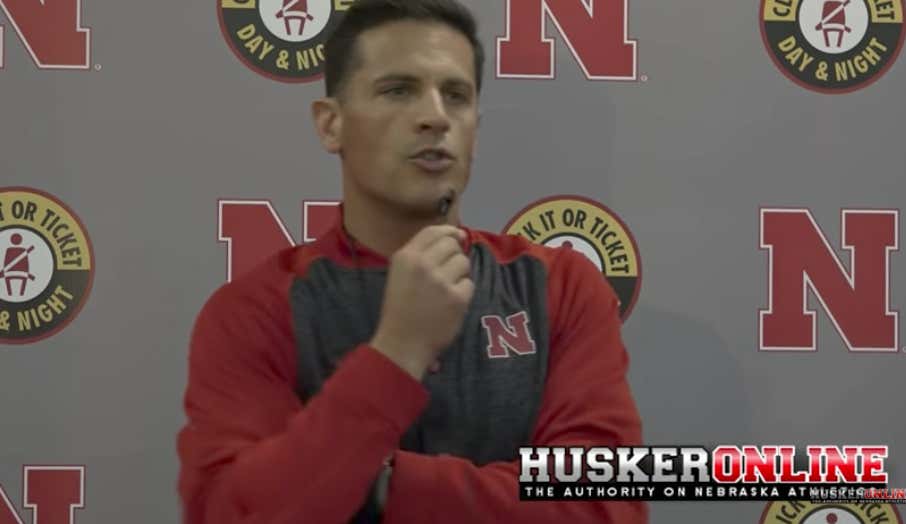