On January 4th, 2006, one of the greatest college football games ever occurred, or at least that’s what we think happened. That game ended in the University of Texas becoming national championships thanks to this Vince Young scramble that still gives USC fans nightmares…

It’s understandable that USC fans would want to erase this game from their memory, but USC football is instead deciding to straight up not acknowledge the game counted: 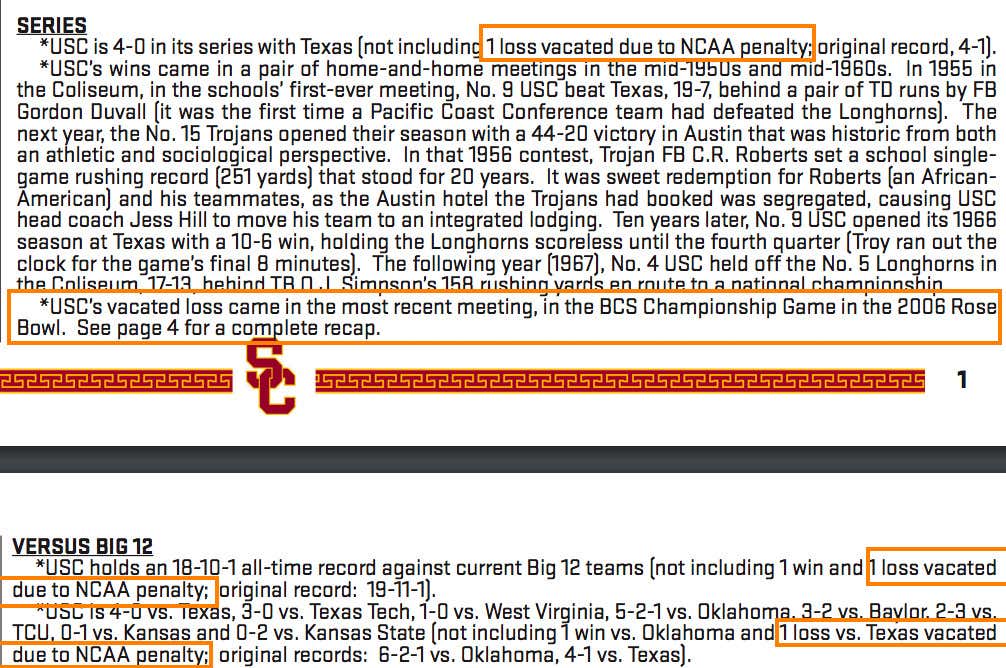 Phenomenal use of being sanctioned by the NCAA. A spin zone by USC that should be sent right to the spin zone hall of fame. Whoever thought of including this in the game notes for this game should be given a raise.

Also, shock of the century that this level of pettiness is coming from a team not in the SEC. If you asked me what conference the thought “the NCAA is going to take our wins? Well, ya’ll are vacating our losses too” had come from, I would have guessed the SEC 108,000 times out of 100.

This also was a great troll of the Texas fan base, who responded better than I would’ve expected:

It seems at this point that Texas has been trolled with so many 4-8 and “Texas Is BACK, folks” jokes that this indirect dig from USC doesn’t even phase them. They are a veteran that’s been through the gauntlet more than a few times. Rookie shit doesn’t affect them anymore.