If you aren’t including Saquon Barkley in your Heisman conversations I wish you the best surviving the rest of your life without a functioning brain.

When LeBron scores on Durant, he has to defend him on the opposite side of the court immediately. This back and forth can happen for 45 game minutes during some NBA games. The one-on-one aspect on both sides of the court/field is what basketball has on football, but damn did it feel like Akrum Wadley was playing Saquon Barkley one-on-one in Kinnick on Saturday.

In the end, it was all Trace McSorley for the Nittany Lions.

Hopefully, somebody reported it to the proper authorities because there was a damn murder in Nashville. 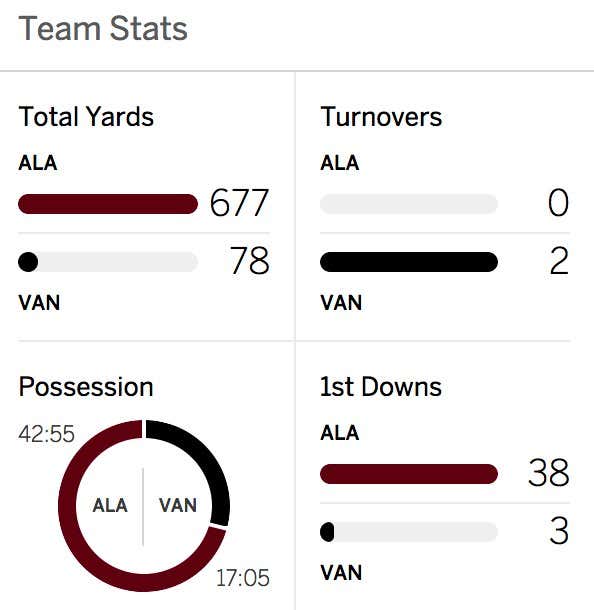 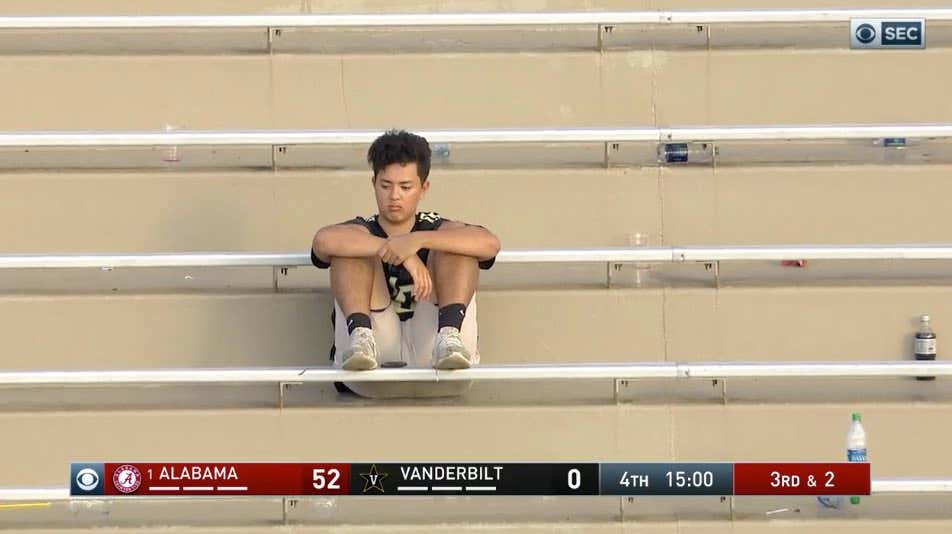 Jeff Brohm, who was psychotic in the XFL and at Western Kentucky, is still a damn crazy man at Purdue for anyone who is wondering.

Imagine a world where Jim Harbaugh and Jeff Brohm were on the same coaching staff. That is a world I want to live in.

Purdue thought they had a chance coming into Saturday. That wasn’t the case.

Most people don’t know this, but the line “they are real and they are spectacular” from Seinfeld was actually about Mike Gundy’s locks of hair. 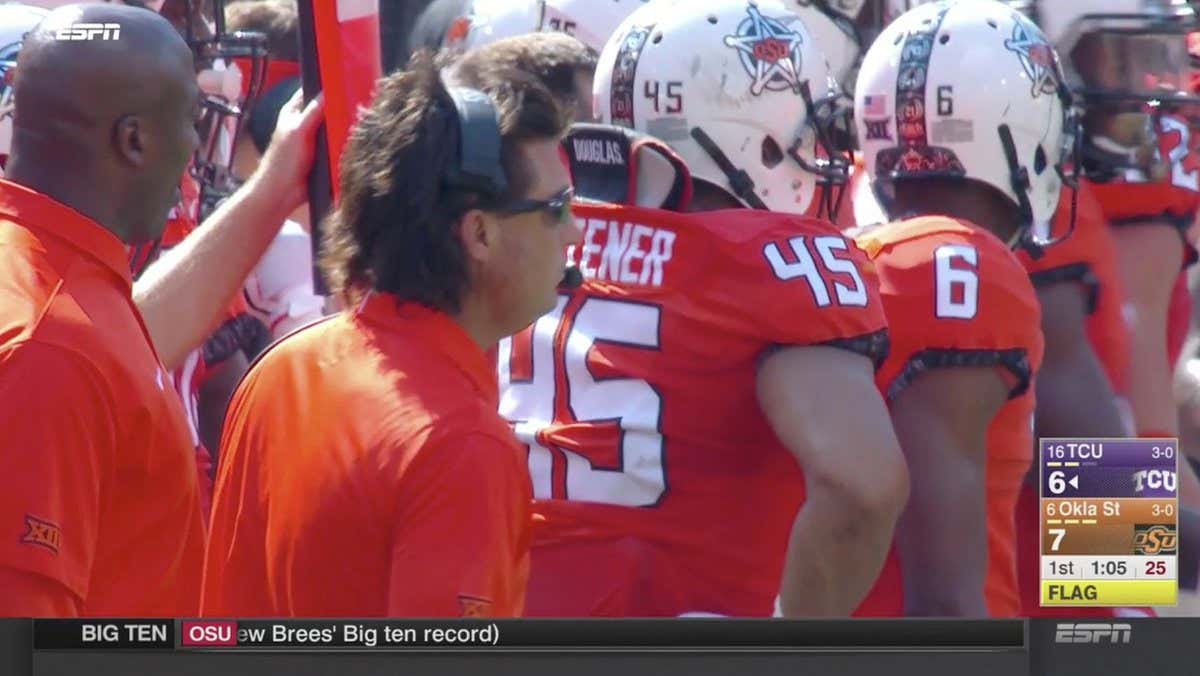 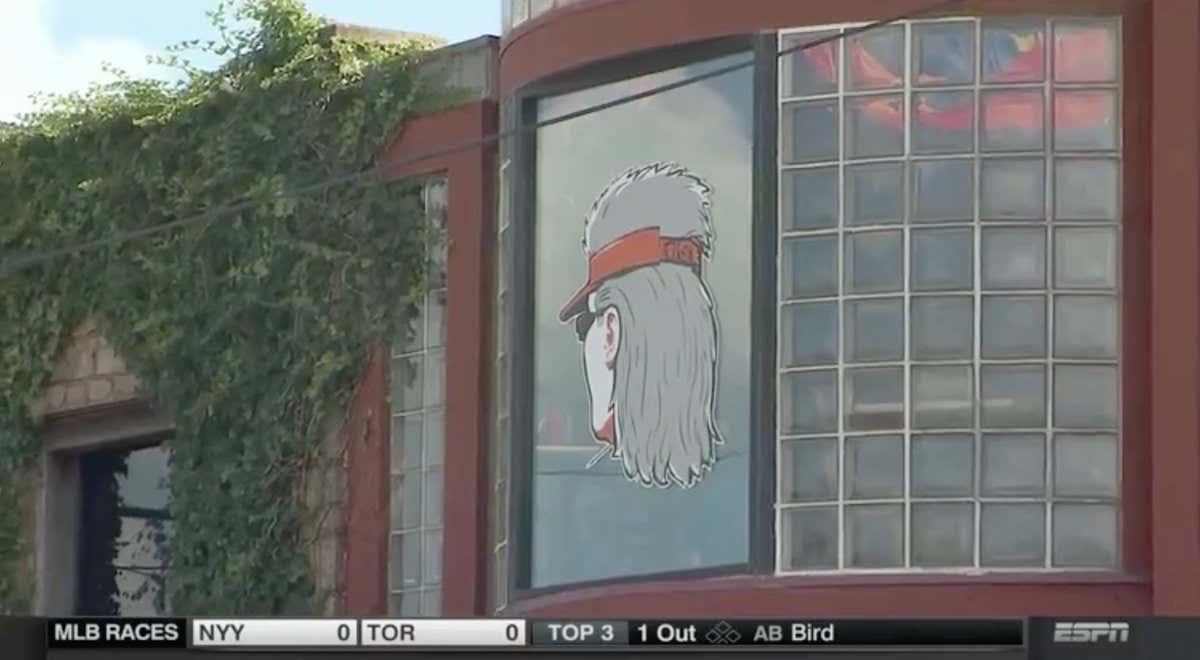 It’s a real shame that beautiful mullets don’t win games because Oklahoma State would’ve had a much better day.

The entire Kentucky-Florida game I was thinking of the State Farm “Oooh…you almost had it!” commercial. Sure enough, Kentucky almost had it for the 31st straight time. 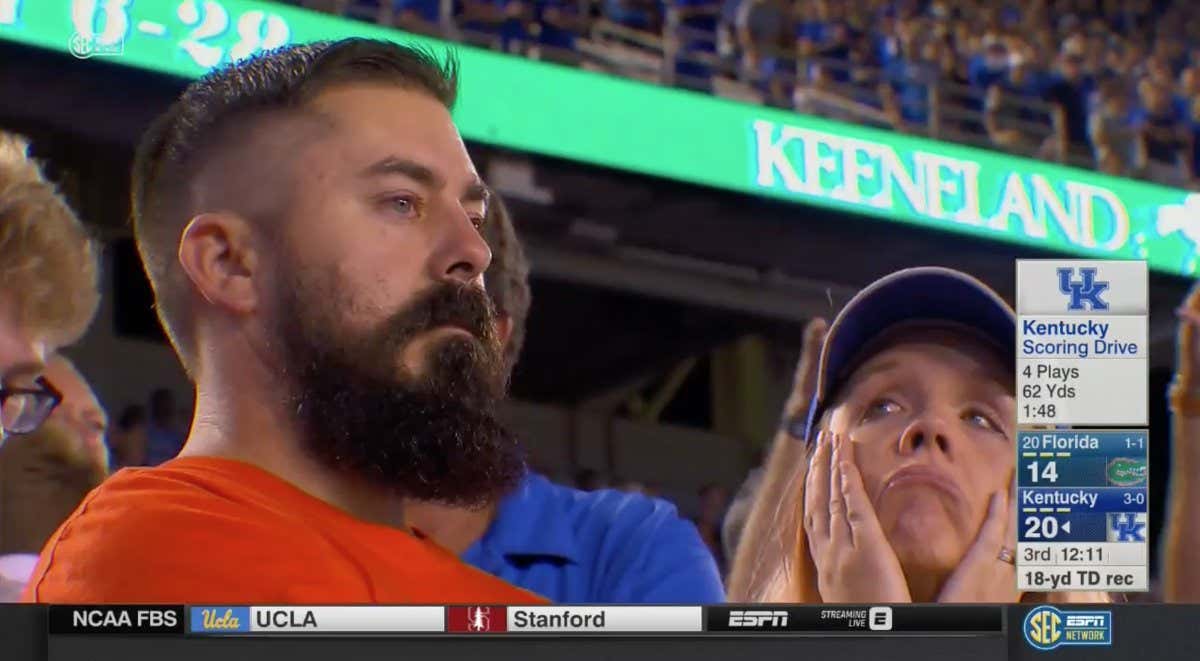 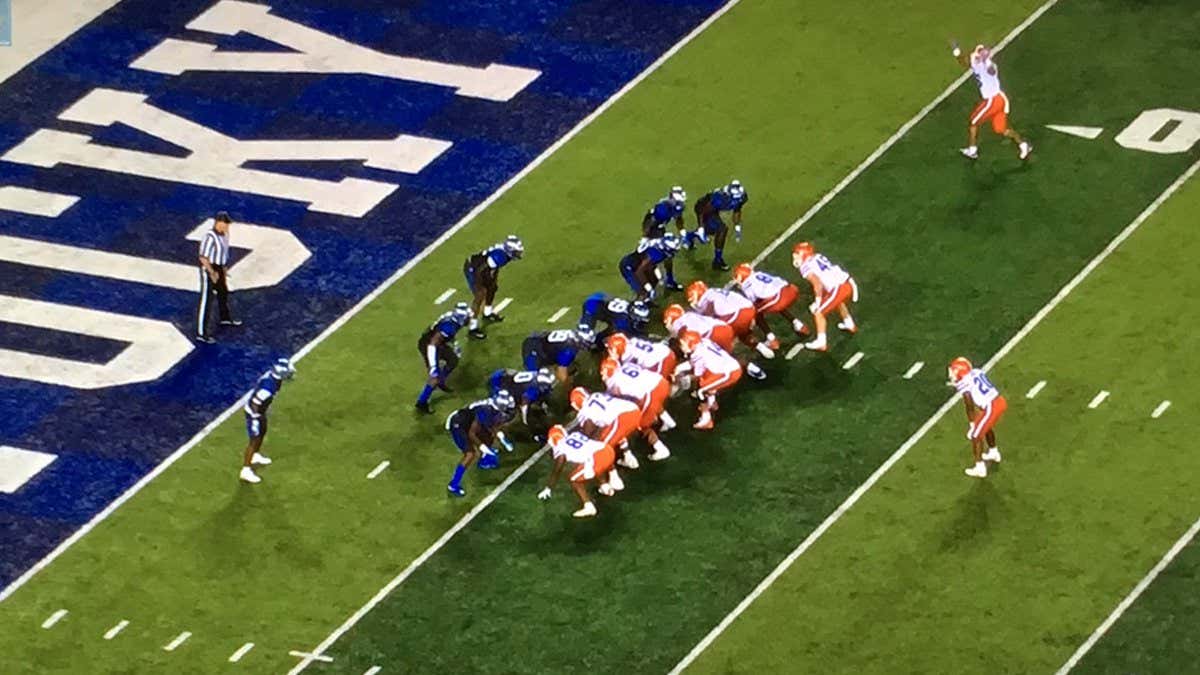 Arkansas played in Jerry’s World and wore alternate jerseys to “honor the Cowboys.” They came out looking like they were cosplaying Ohio State instead. 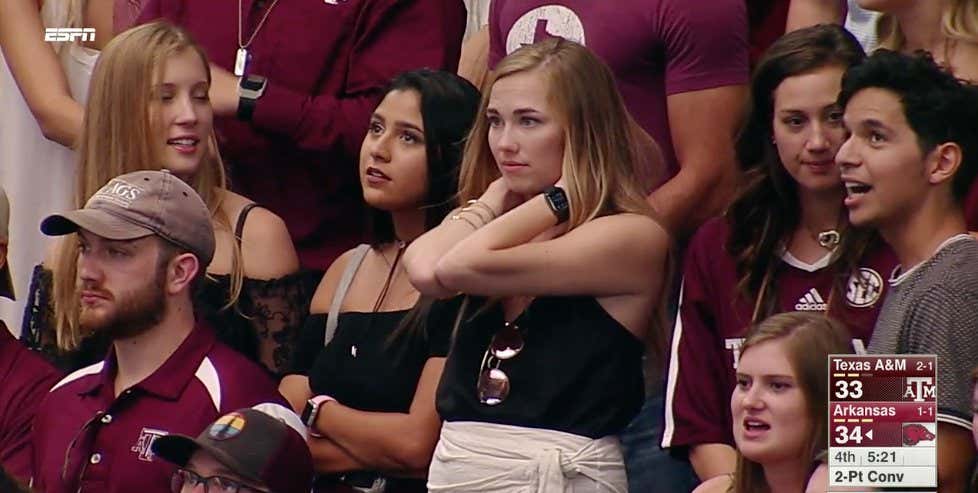 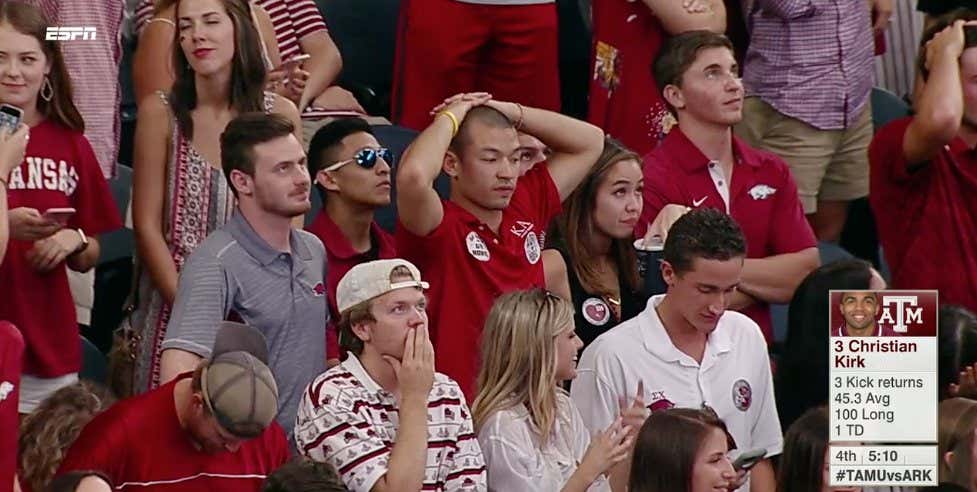 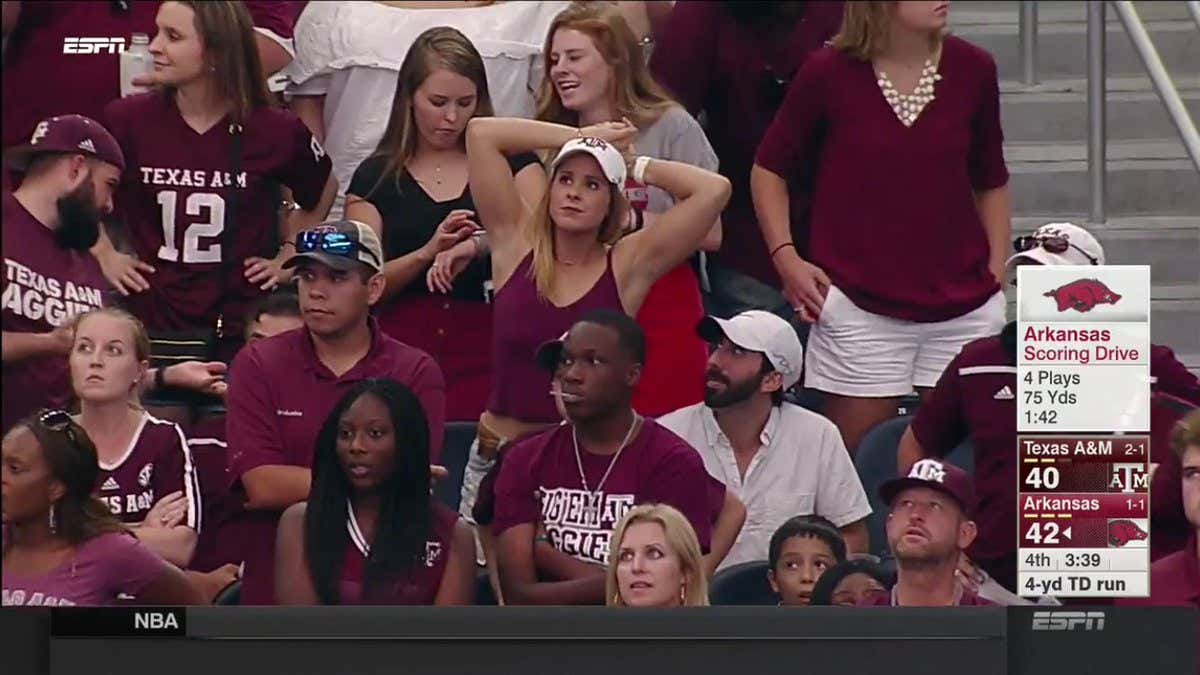 NC State is coming for The U’s crown as the swaggiest team in the damn world. 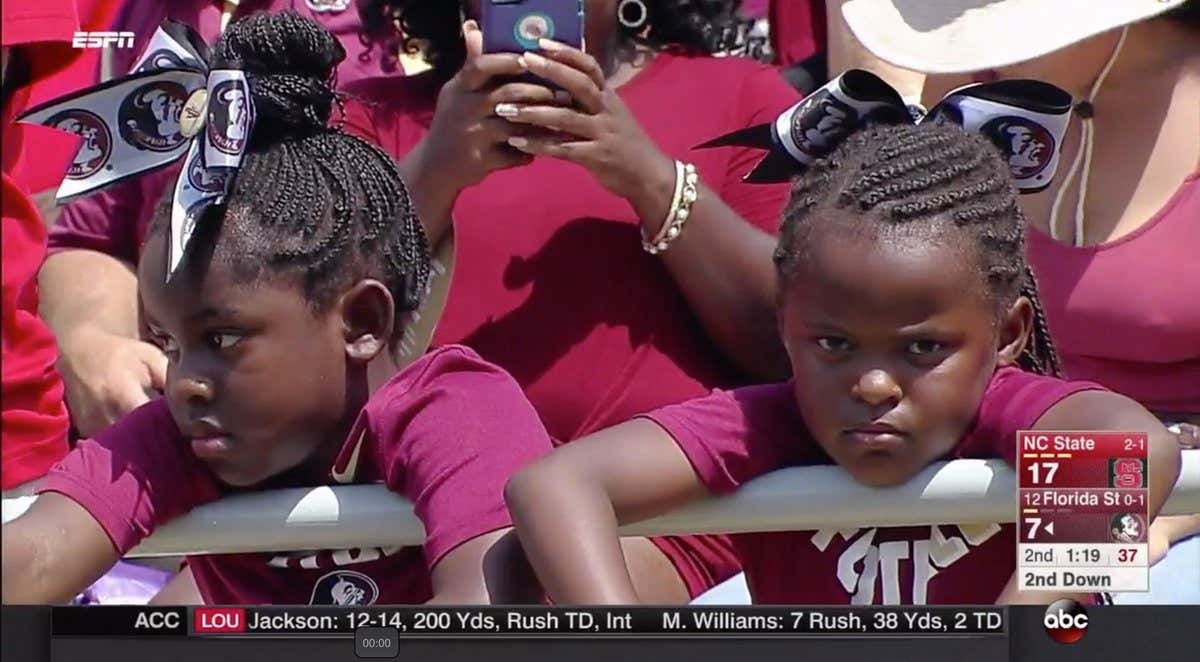 Update: THE U IS STILL BACK, THOUGH!

Saturdays are for the….controversial targeting calls!

USC fans have a great strategy to try to convince Sam Darnold to stay next year and they are executing on it well. 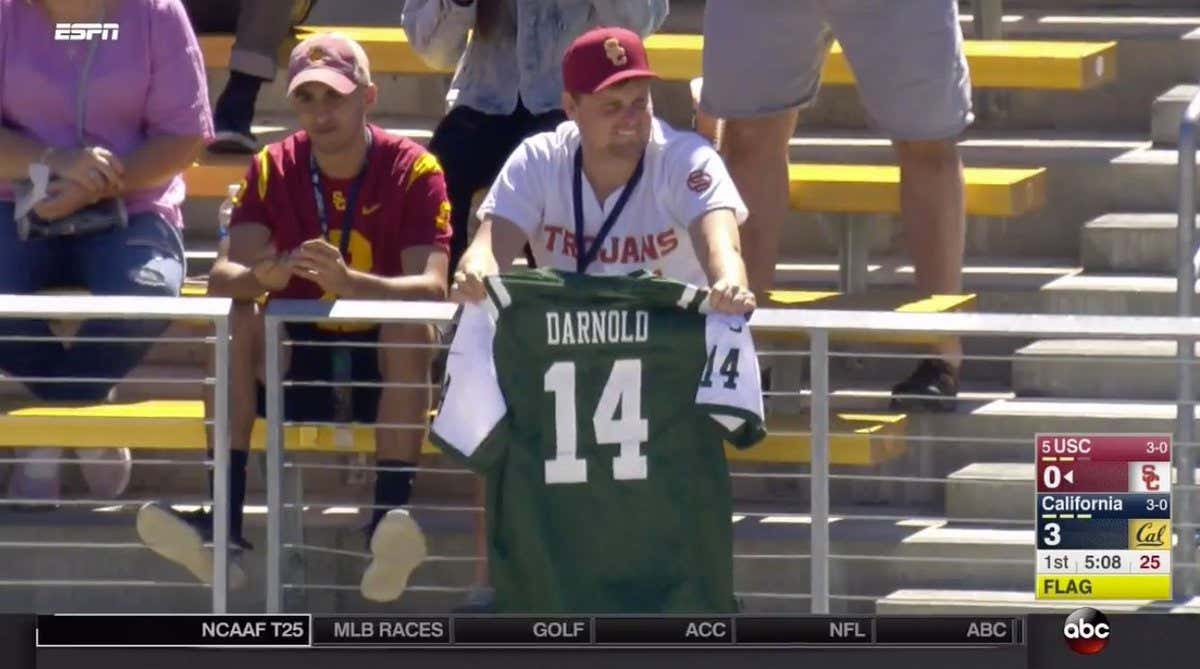 USC did that thing again where they keep the other team around for just long enough to give their fans (and mascots) hope, but then ripped out all their hearts. 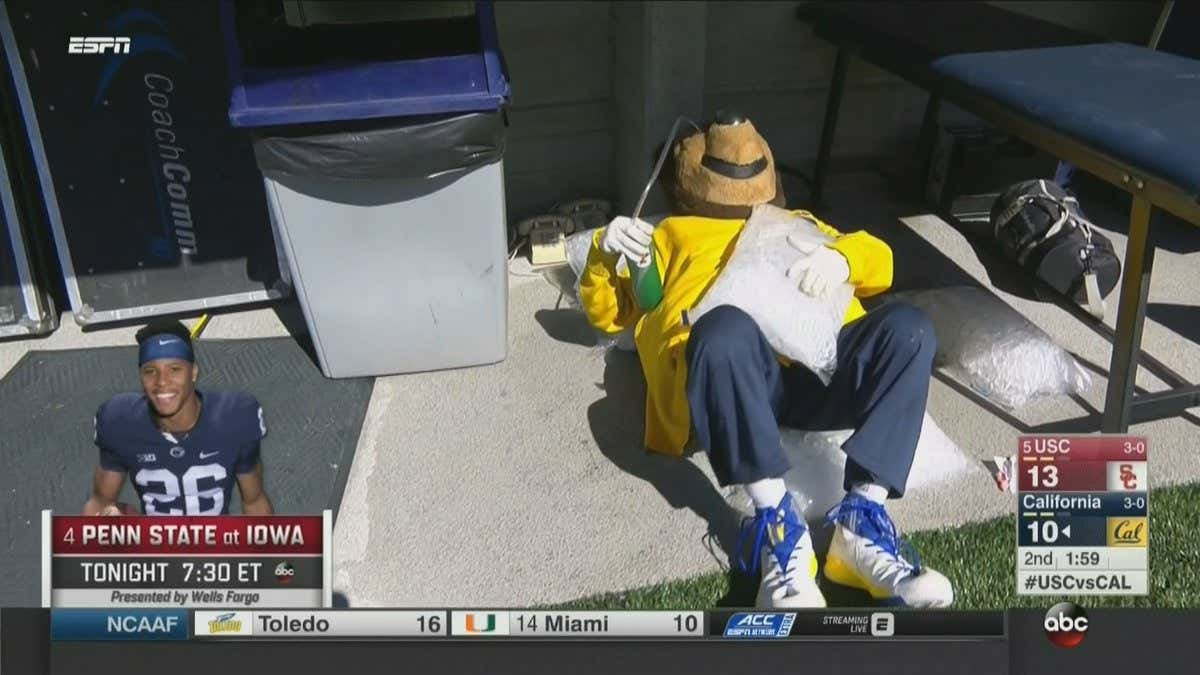 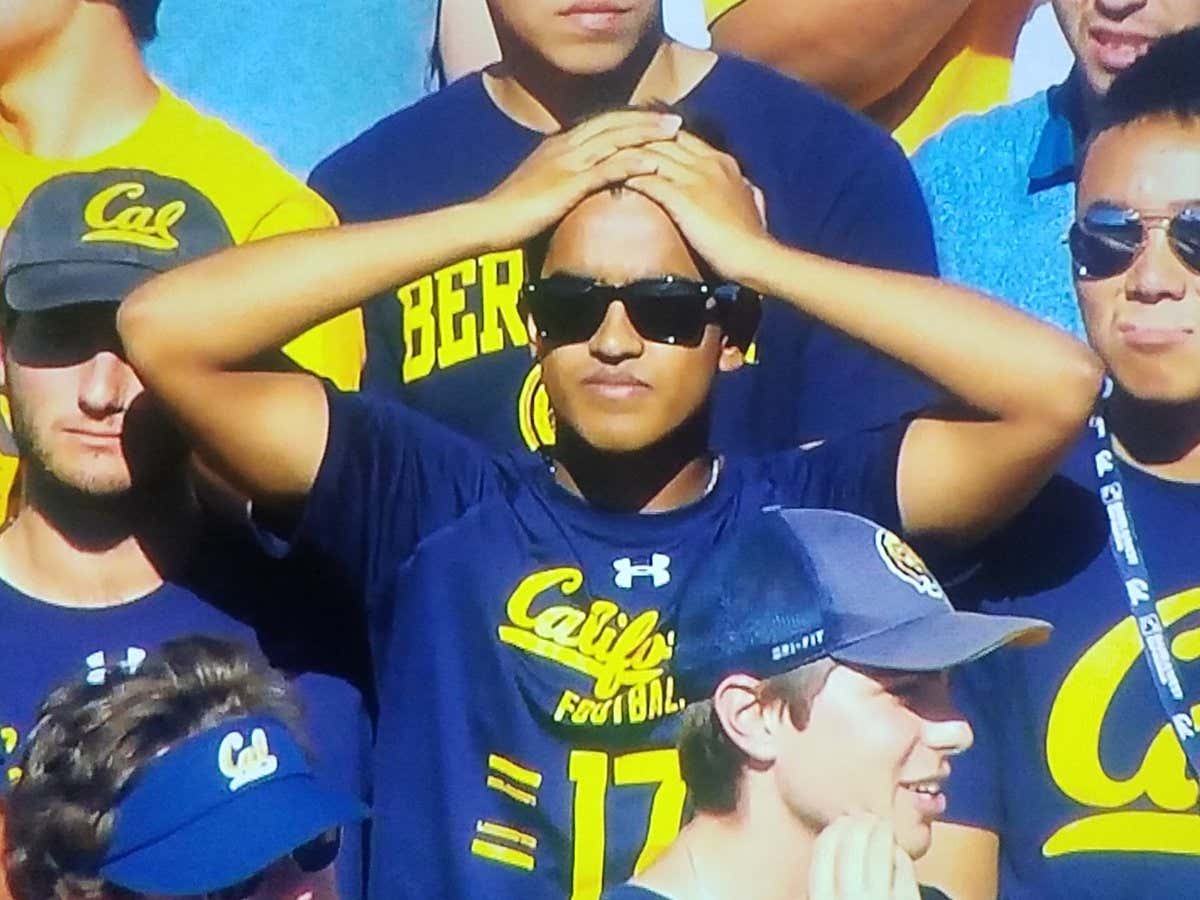 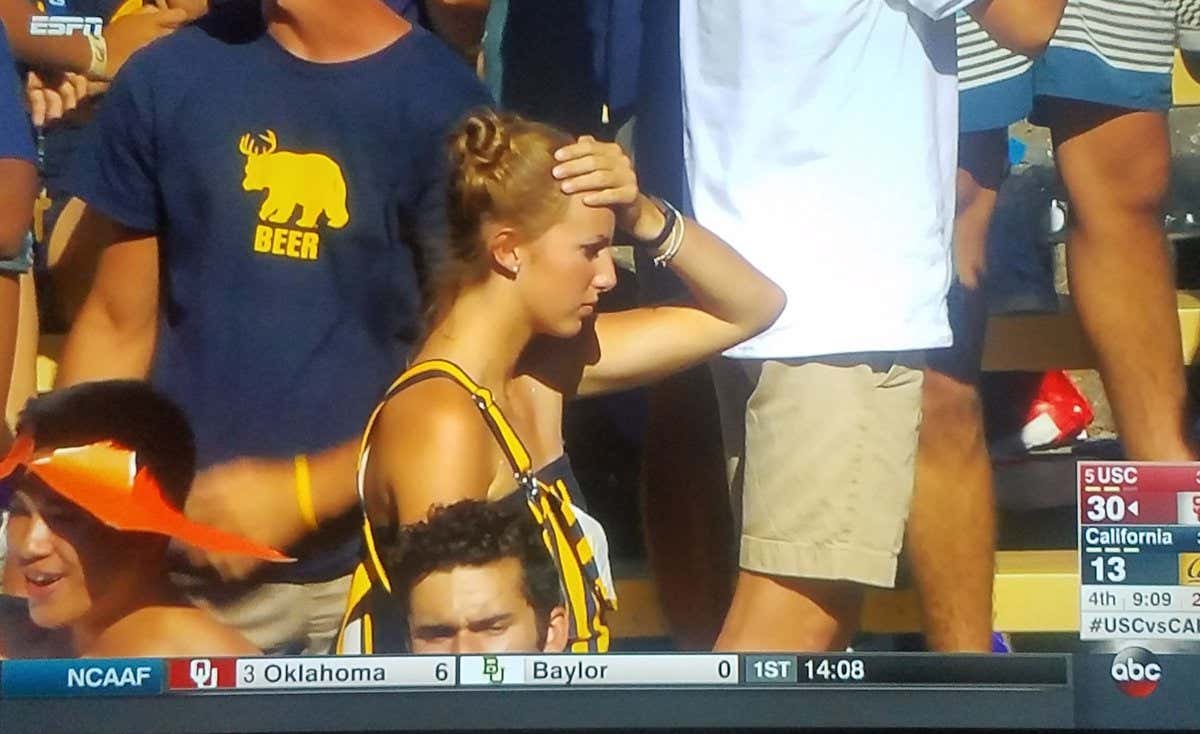 Speaking of unwarranted hope, Boston College kept themselves in a game against Clemson just long enough to think “you never know! Right?!”

Bulldog on Bulldog matchups are my favorite matchups. 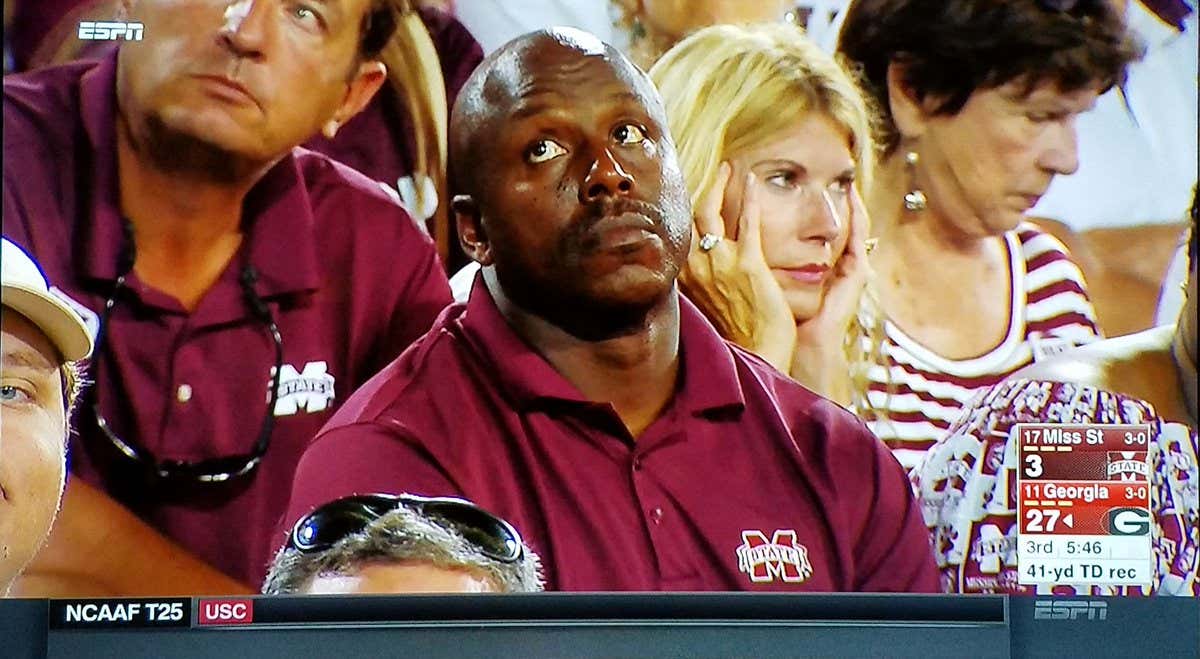 Sparty is having a #bad time these days!

Come on, Notre Dame! You know the Catholic church only allows you to run that play in Boston! 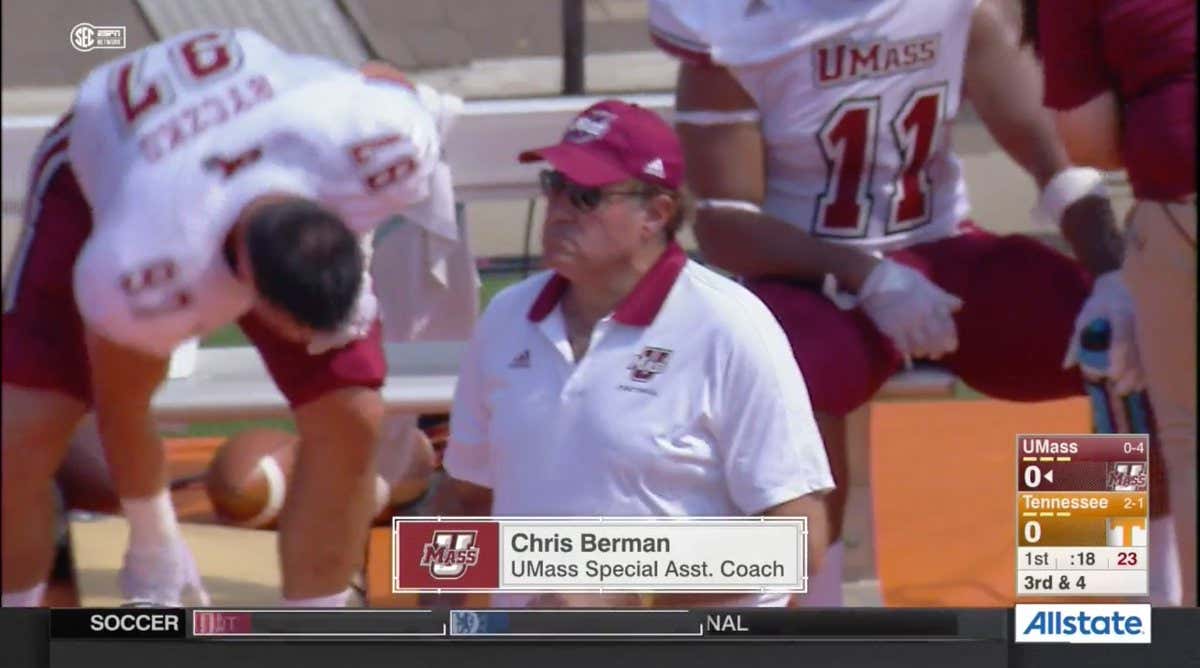 With Chris Berman on the sideline, UMass put one of the last nails in Butch Jones’ coffin.

The EIC of Barstool & Hank are a damn play!!! Momma, they made it!!

Too bad nobody was there to see it

As it’s been for all of Muschamp’s tenure in South Carolina, THERE WAS NEVER A DOUBT FOR THE COCKS!

Wait….you are running over the middle and don’t have your head on a swivel against are armed forces? Baby…what is you doing!?!?!

Usually, Kent State is the second-best team on the field. On Saturday, they were the third best because of #TeamSquirrel.

Sometimes people need reminding where they stand. Thank you to Baker Mayfield for taking care of that in how it pertains to Baylor.

Baylor, however, did respond to the said spanking from Mayfield. 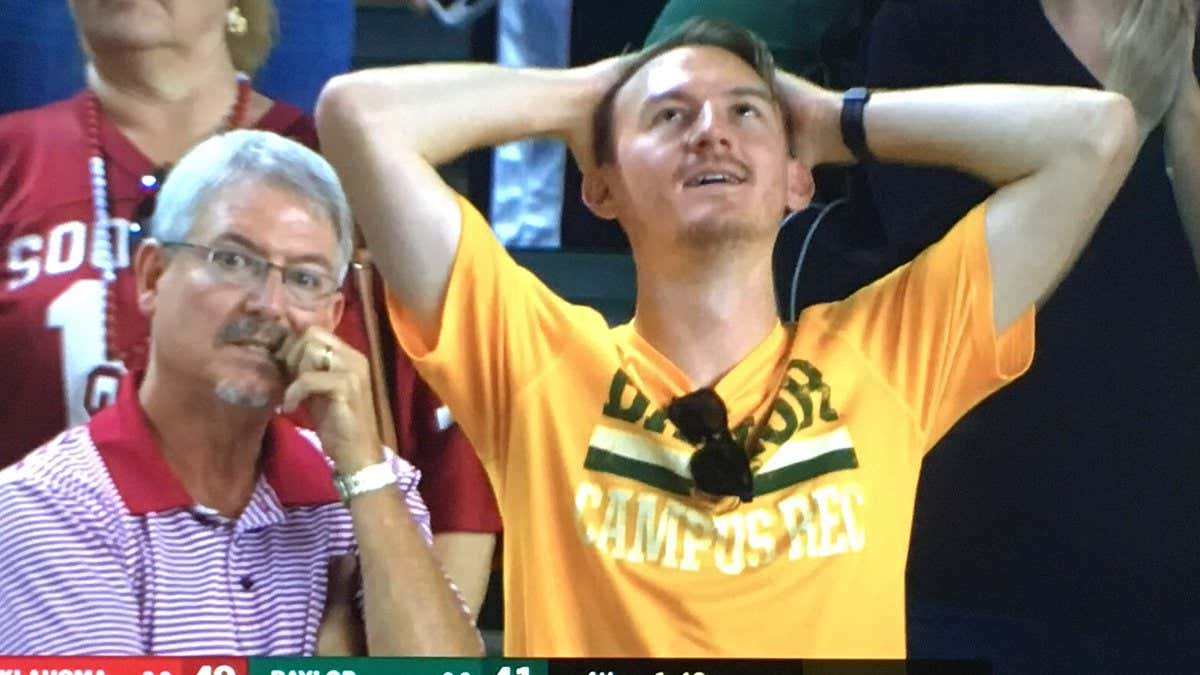 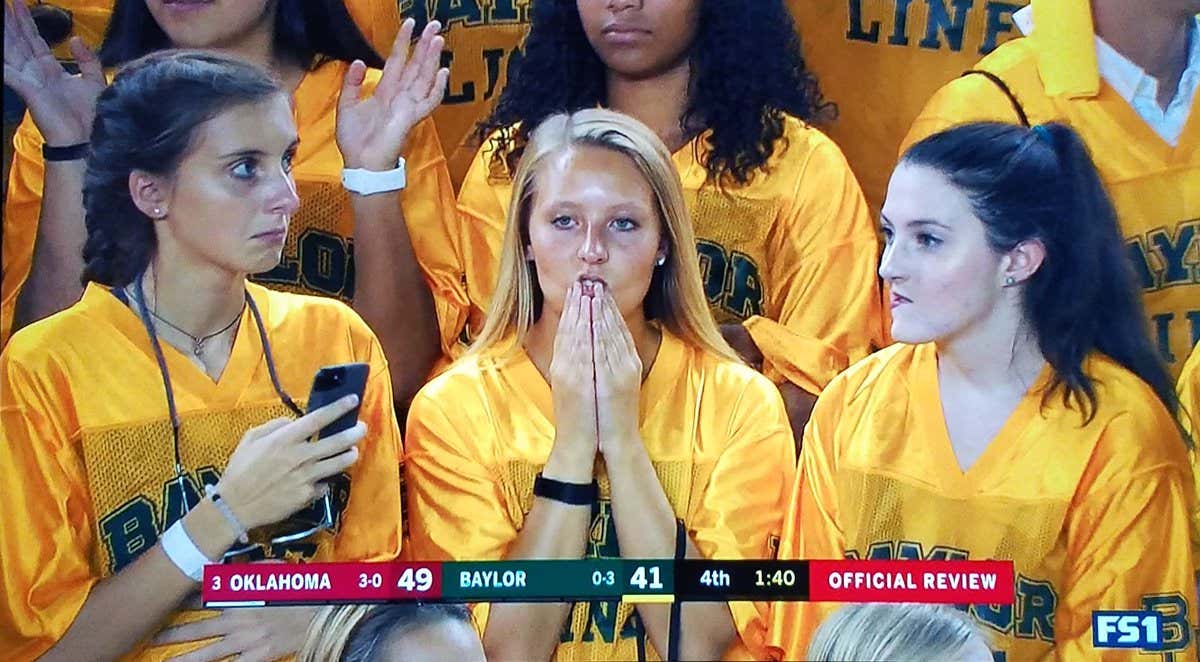 Is there anything more gritty in this world than #MACtion on a grey turf field?!?! 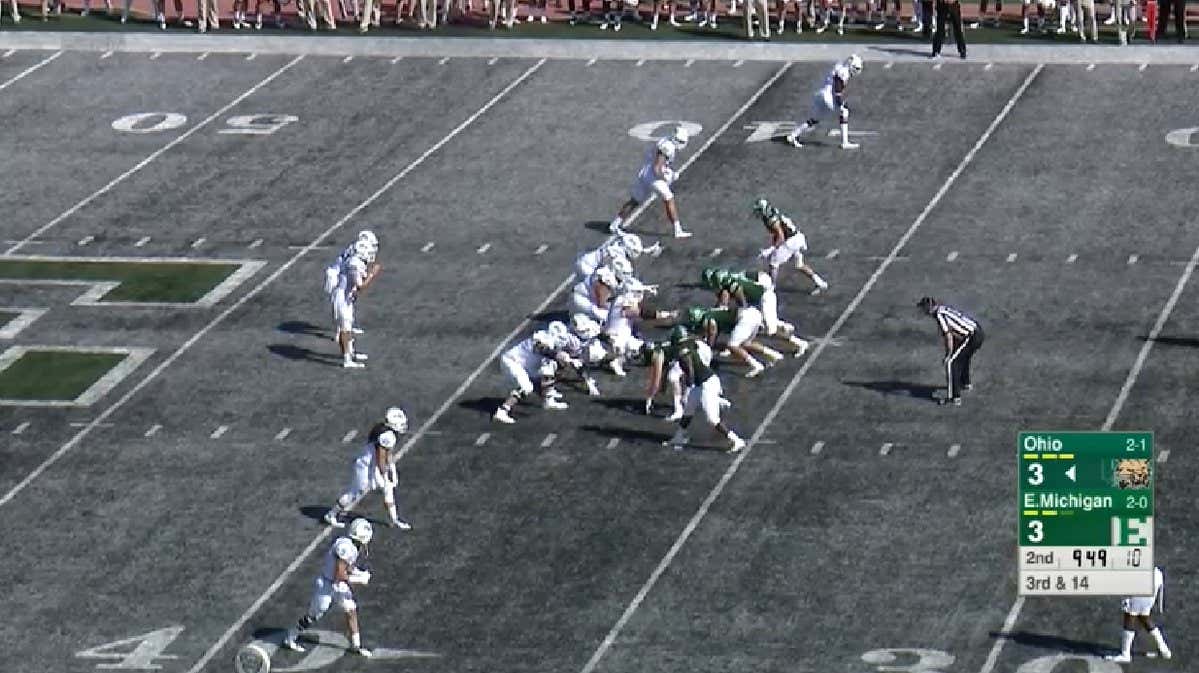 It’s a damn shame that Maryland couldn’t hold impromptu walk-on tryouts and put this girl on the field because they could’ve used the help. 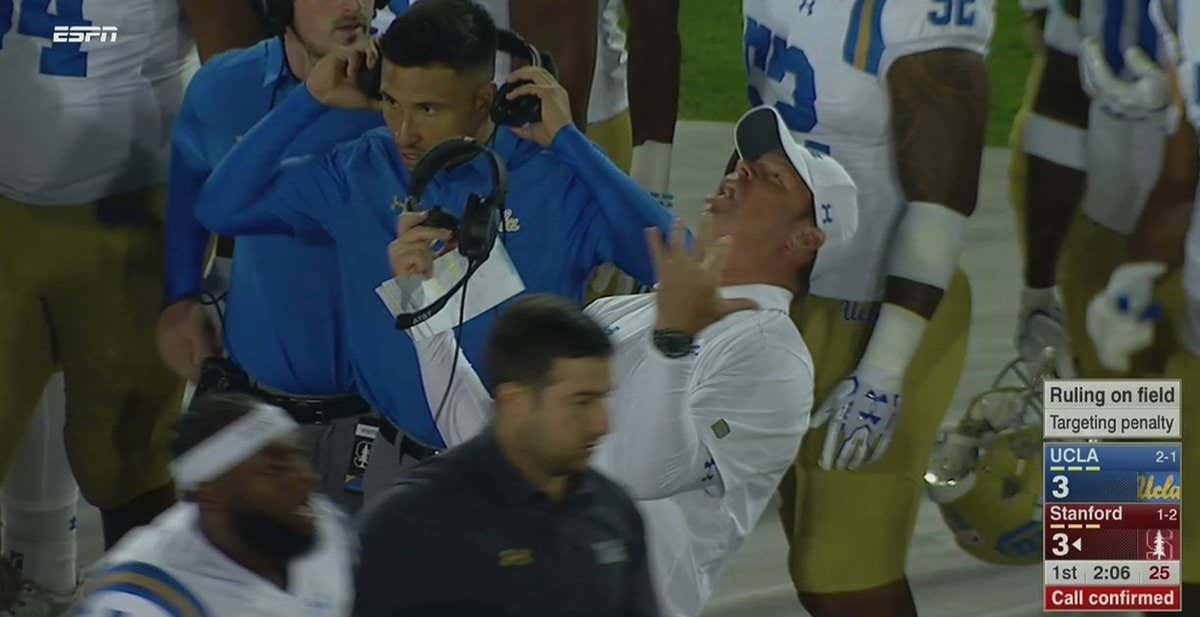 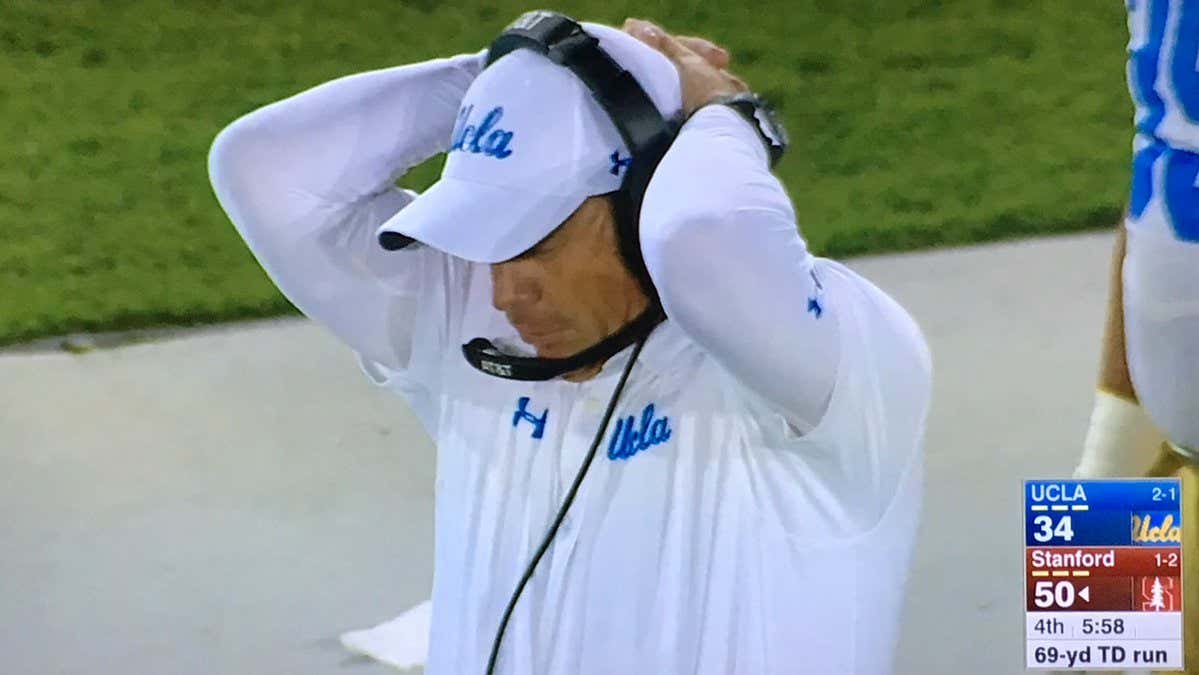 Funny that a player on Buttgers caught the ball with his butt…who doesn’t love a little irony?

I wish you a great week to come…..or, at least have a better week than Rutgers & Nebraska, because those two teams are so bad that Dwyane Wade watched them play and he thought “I gotta get the hell off my bad team” to himself.