Syracuse turned into a damn football school on Friday night.

Is Dabo Swiney the greatest human being of all time?!?

Oh no, Wazzu, what happened?!?

Is Coach Gundy the sex icon CFB has been missing?!

Miami-Georgia Tech finished the game playing on a damn slip-n-slide!

There was a death in Knoxville on Saturday. We here at Barstool Sports just wanted to say RIP to Butch Jones.

Tennesse’s newest head coach was rumored to be in attendance, though!

I know we are real men who are FOOTBAWL fans and aren’t supposed to be soft and all that stuff, but this moment between Jake Bentley and Jarrett Guarantano was pretty cool.

Texas football isn’t back yet, but their celebrations are 100% BACK!

Not going to be able to play through this one, Doug.

You too, Washington? Really?

Les Miles came back to LSU and the whole thing was….weird?!

Welcome to the electric factory.

Old School FSU, just the way we like it.

Targeting still doesn’t make sense and I’ve decided it will never make sense, so we might as well give up.

Louisville…..no. Don’t do that. No. You’re better than this.

Rutgers football is #BACK, folks!

Khalil Tate is the most electric player in college you haven’t heard about.

Michigan almost blew their lead against Indiana, but Jim Harbaugh remembered he only loses to Michigan’s rivals.

Yeah, so Georgia has weapons all over the damn field.

You almost had it, Utah! Allllllmmmmooostttt! 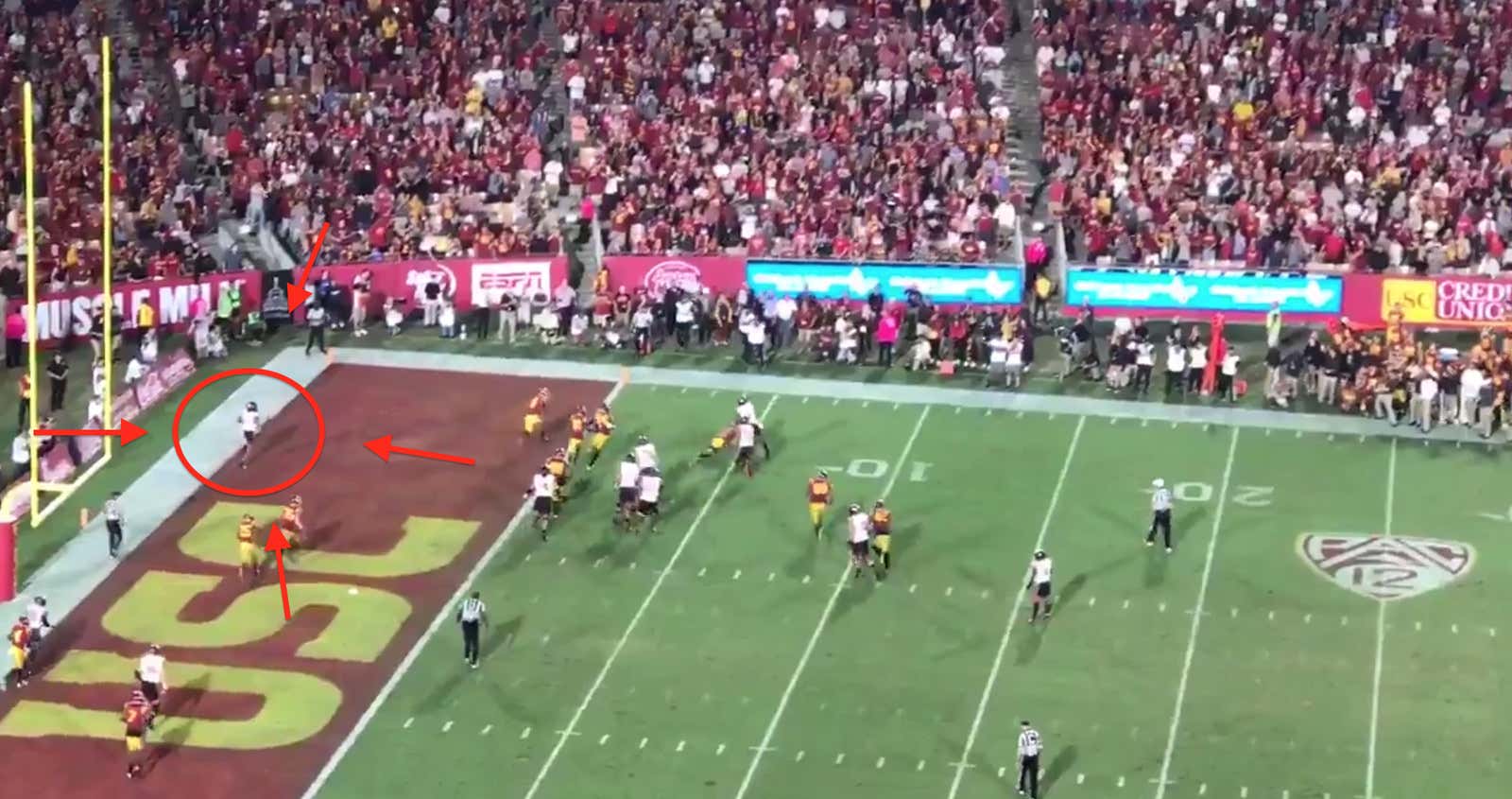 Pitt Football is in a dark, dark place. At least their uniforms are cool, right?

Don’t worry, Pitt! Nebraska is here to cheer you up!

The boat is NOT rowing currently.