Saturday will mark the first time Coach O returns to Ole Miss as a head coach since his tenure as the Rebels coach in the mid-2000’s. Orgeron’s time at Ole Miss didn’t go as planned and him coming back as a non-interim head coach of another SEC school is a slight miracle.

He was in Oxford for 3 years, so wondering whether he misses anything or anyone from his first coaching gig is fair. Turns out he doesn’t miss much, except for one special person:

Q. I know it’s been ten years. Is there anybody there that you still talk to that’s in administration or at the school at all? Any connection?
ED ORGERON: No, you know, I used to stop at the Exxon and get a chicken-on-a-stick, and they were fantastic. I hope that cook is still there, and I can stop and say hello to her. That’s about all I remember.

Q. This is in Oxford?
ED ORGERON: Yeah, chicken-on-a-stick. It was phenomenal.

If an alien life form showed up in my room and told me “I only have 30 seconds, tell me about Coach O,” I would pick this clip. Having your #1 memory about a place you spent 3 years in be chicken-on-a-stick is a quality only a man as crazy as Ed Orgeron could have. This would tell the alien life form all he/she/it needed to know. Every facial expression, word, and peak & valley of his cookie-monster like voice in these 30 seconds is valuable showing to who Coach O is.

The station Coach O is touching on does exist, but it is a Chevron, not an Exxon and it’s apparently known for it’s “chicken-on-a-stick:” 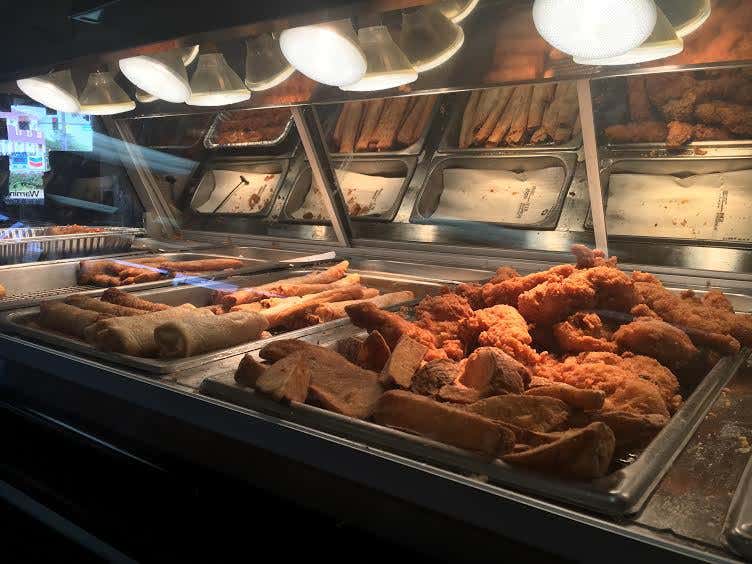 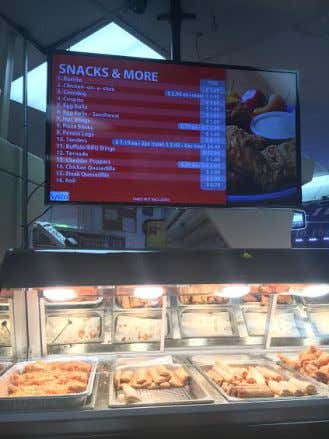 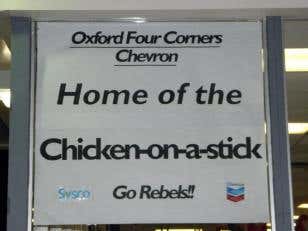 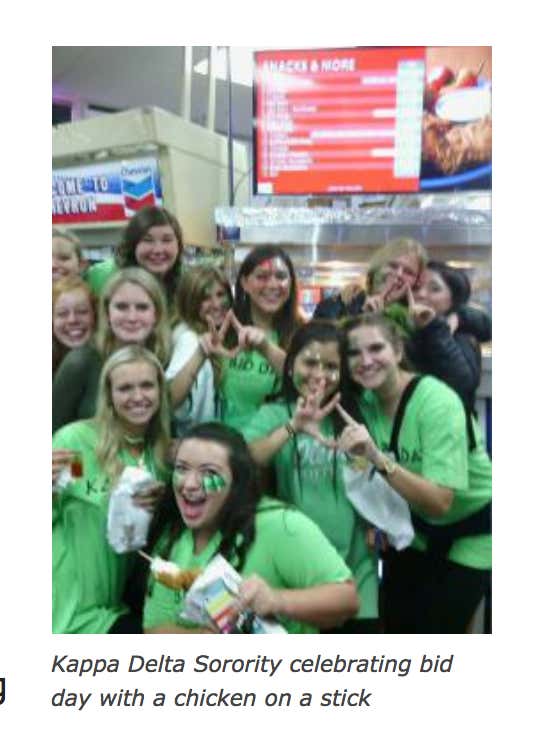 (Photos were taken by Shelby Warner)

Bid day at the gas station. Amazing. So Mississippi it hurts.

I can see Coach O sitting at his desk, next to his trash can full of empty Red Bulls, watching film on his upcoming opponent and stopping to say, “man, you know what I really need right now? Chicken-on-a-stick. Geaux Tigers.”

Q. Good chicken-on-a-stick?
ED ORGERON: The best I ever had! Not better than Raising Cane’s! (Laughter.) 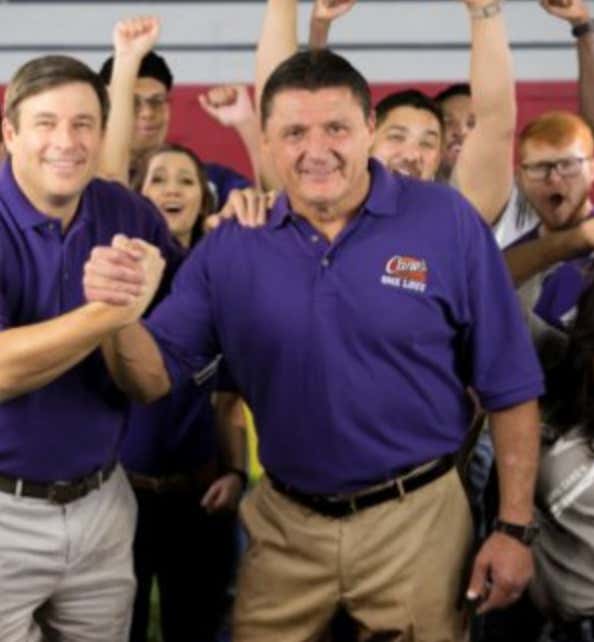 Coach O knows promoting the brand is what it’s all about. Geaux Tigers.

P.S. Was shocked that the car dealership that featured Orgeron in their Hummer commercial didn’t end up making his short list.