DieHards-Cyclones fans, however, took the party into town after — so much that a nearby fast-food restaurant nearly couldn’t serve its customers.

DieHards confirmed on Sunday that the Taco Bell in Ames had so many customers after the win that the restaurant nearly ran out of food.

“We nearly ran out of everything,” employee Josh Michael said in a phone interview.

Reports came in on Twitter on Sunday that the restaurant had gone through its supply of queso, lettuce and Doritos Locos Tacos.

That was just the beginning.

The restaurant confirmed that it also ran out of beans, Baja tacos and several soft drinks — including its supply of Mountain Dew.

The restaurant is the chain’s only location in Ames

Iowa is in the bottom 10 of states I wouldn’t want to live in. There is never anything going on. It seems like if you want a job you better be okay working on a farm and, as you may have predicted, manual labor isn’t really my thing. But when I see stories like this it makes me think “maybe being a college student in Iowa ain’t that bad.”

Cleaning a Taco Bell out of food is a phenomenal move that cannot be understated. Iowa State should be moved up 2-3 spots in the CFP rankings just based on this accomplishment. This isn’t the Cyclone fans cleaning out some mom & pop shop in Ames that wasn’t prepared for an influx of customers. This is Taco Bell, one of the bigger fast food chains in the world. You go, Iowa State fans, you go.

Now that I think about it, is there anybody with a better resume than Iowa State? I’d love for Frank Beamer and the rest of the CFP committee to show me another team with two wins over top 5 teams and a fan base that cleared out Iowa State? Alabama vs. Iowa State for the natty confirmed. 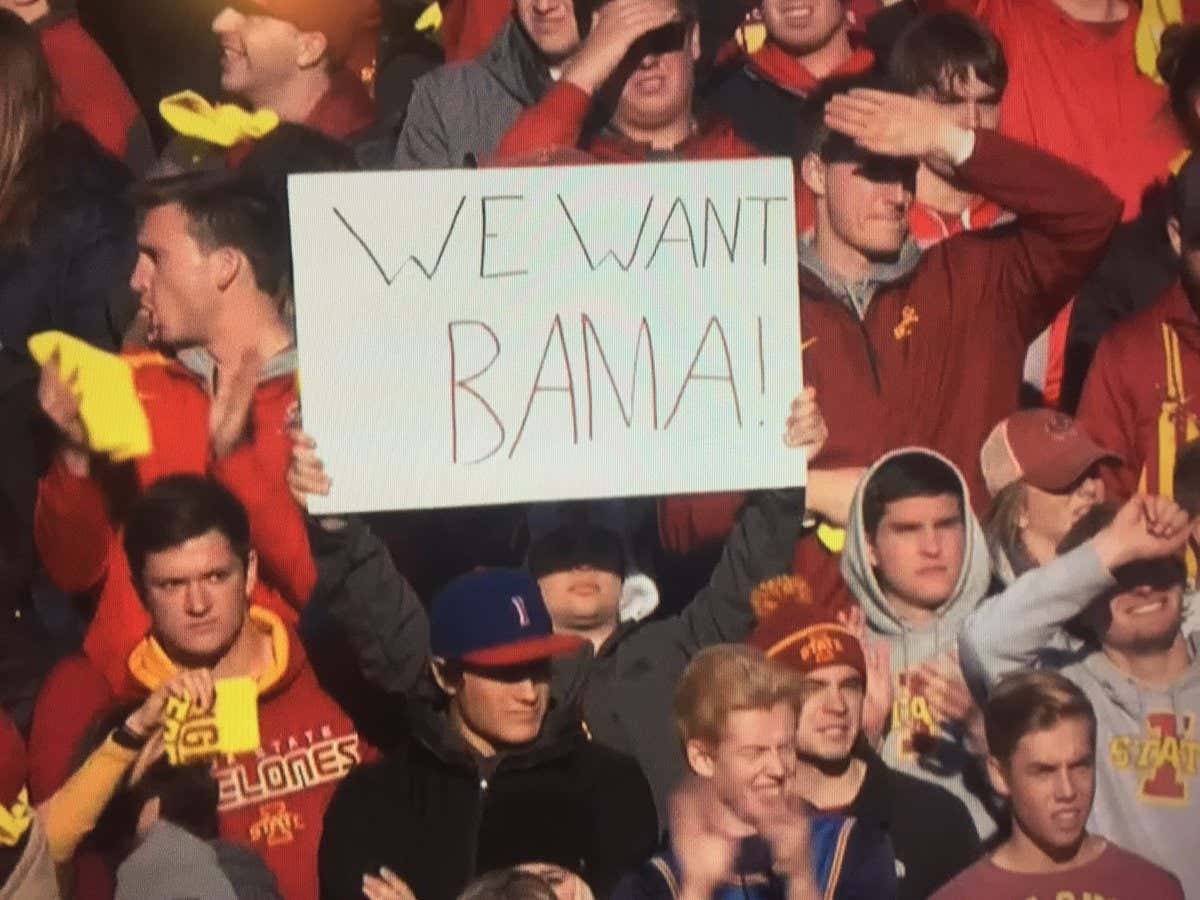