On Saturday, a rare, but glorious play happened in Illinois:

Dieter capped off his rumbling, stumbling, bumbling touchdown with an Instagram for the ages:

The camera adds as many pounds as you want it to add. That’s a philosophy we should all go through life with. Michael Dieter isn’t only a great lineman AND athlete, the man is a philosopher.

Dieter became a celebrity in Madison once he crossed the goal line with 3:56 to go in the fourth. Most would rest on their laurels, but not Dieter, he wants more:

“I think he’d say we are going to figure out a way to get you the ball more. After putting that on tape, hopefully, he’ll think maybe we need to get him the ball a little more” 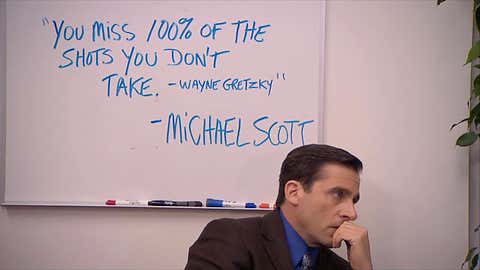 I popped HARD when I heard him wrap up this interview by saying “I could be more of a dual-threat tackle than instead of just a one-dimensional guy.” Michael Dieter is here to leave a legacy for not just himself, but for all tackles. He wants the negative stigma behind all linemen to be thrown out, one #FatGuyTouchdown at a time. He wants the Left Tackle Outside Pitch to be every kid’s favorite play on NCAAF 2021 (yes, it will be back by then). When we look back at his impact, he wants his name to be put up there with MLK, Rosa Parks, and Gandhi. I wish him nothing but the best.