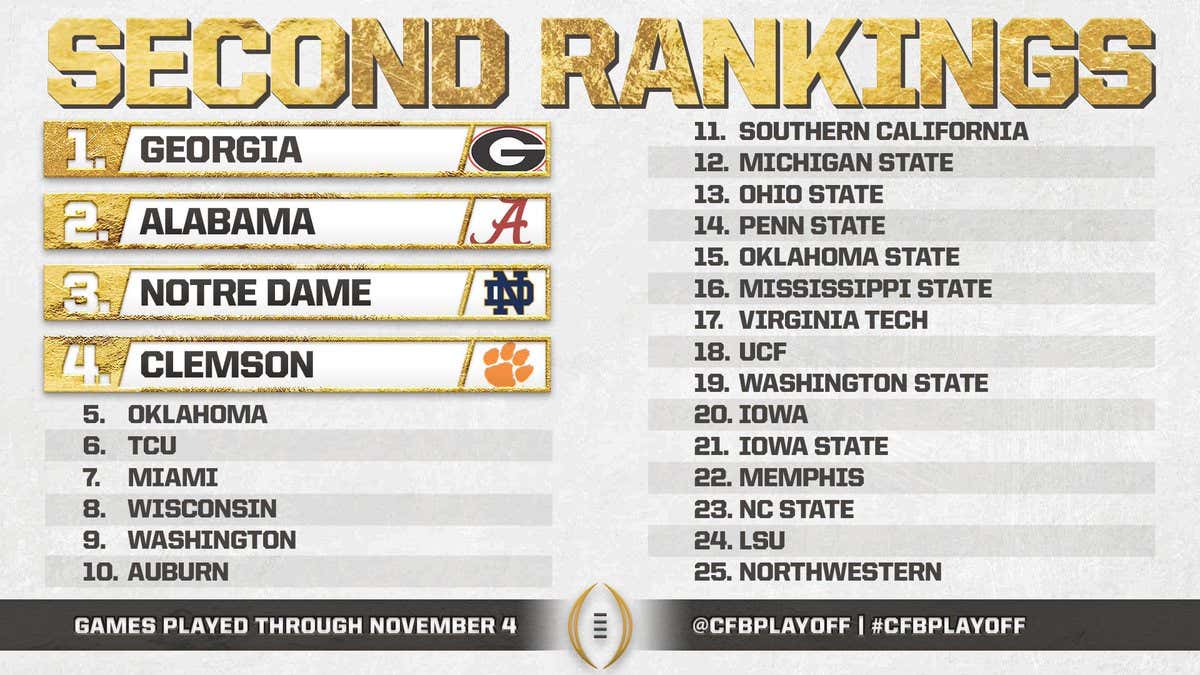 -For the first time in school history, both the Northwestern basketball and football team are in the top 25. Nobody cares about this except for the journalists you follow on Twitter and this guy: 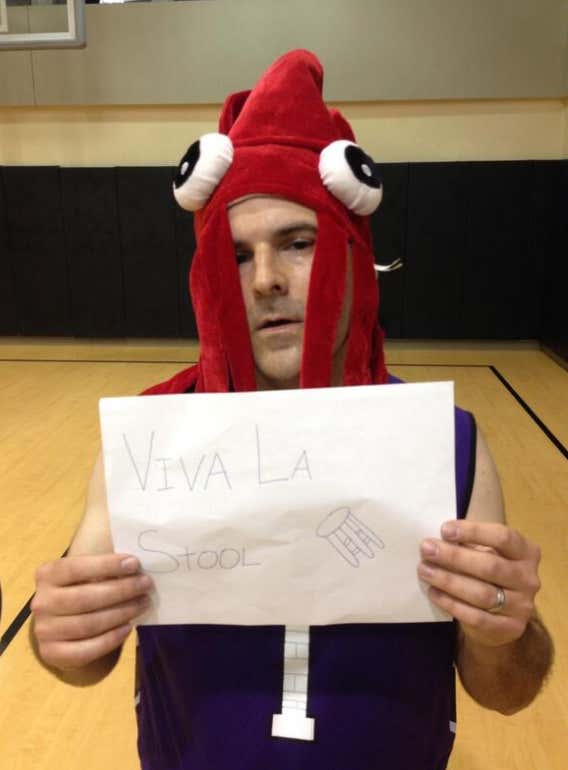 -The top four remains the same, as expected.

-Georgia and Alabama both took care of business on Saturday. The common theme between these two is Auburn. Georgia will play at Auburn on Saturday and Alabama then have the Tigers the Saturday after Thanksgiving. Even though they have two losses and rank 10th, the Tigers control their own destiny. If Gus Malzahn can pull a rabbit out of his hat and somehow beat Georgia on Saturday, Alabama on the 25th, and Georgia again in the SEC Championship game, Auburn will be in the college football playoff. Auburn is team chaos from this point forward and Oklahoma, TCU, Wisconsin, and Washington will all be fans of the Tigers for all of November.

-I keep hearing that Wisconsin shouldn’t worry about their ranking because if they win out, they’ll be in. Are we sure about that? Let’s say Wisconsin, Georgia/Alabama, Clemson, Oklahoma, and Notre Dame all win out, what indication do we have that Wisconsin would be in the top four? Georgia/Alabama would 100% be ahead of Wisconsin, so would Clemson and Notre Dame. The debate would come down to a one-loss Oklahoma against an undefeated Wisconsin. If Wisconsin beats Ohio State in the Big Ten championship, how will the committee value it against Oklahoma beating Ohio State in Columbus? If you call that a draw, Oklahoma will still have a better resume. Wisconsin needs chaos.

-Random note on Wisconsin: if I ever needed to define Wisconsin as a state, I’d pick Paul Chryst. Look at the man: 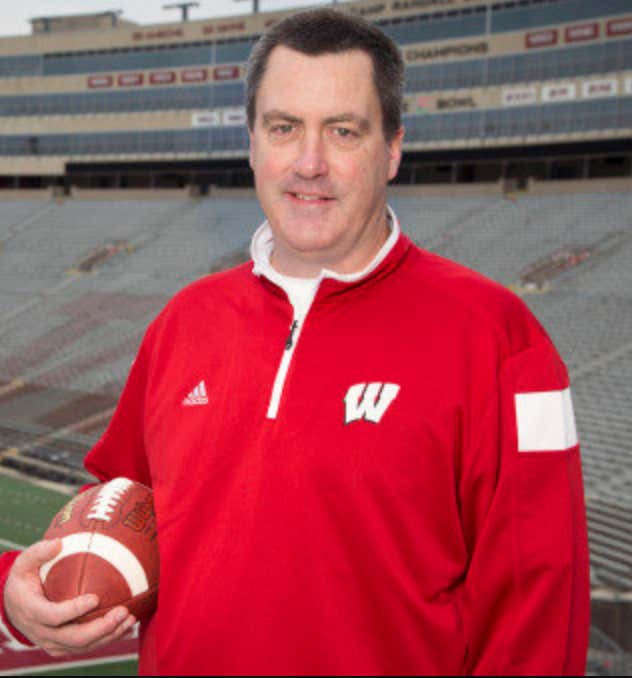 Tell me that man isn’t Wisconsin come to life. His voice is just an added benefit:

That’s the voice of a man that could put you to sleep. I can only imagine what his halftime motivational speeches are like. Can he even raise his voice? Or is it just stuck in mono-tone forever?

-UCF being 18th is a joke. If you are a G5 school is there any point in being in the FBS? UCF is one of the best G5 teams we have seen in the P5 era. S&P+ has UCF 5th and FEI has them 6th. If you look at their Massey Rating, which is a composite of 93 advanced stats rankings, UCF’s average ranking is 9th, but the college football playoff committee looks at them and says “nope, us football guys are smarter than all of the stats out there, you are the 18th best team in the country because WE said so.” Just to keep the G5 schools happy they should’ve put UCF 11th or 12th even if they have zero intention of putting them in the playoff if pure chaos happens. PUT UCF IN! 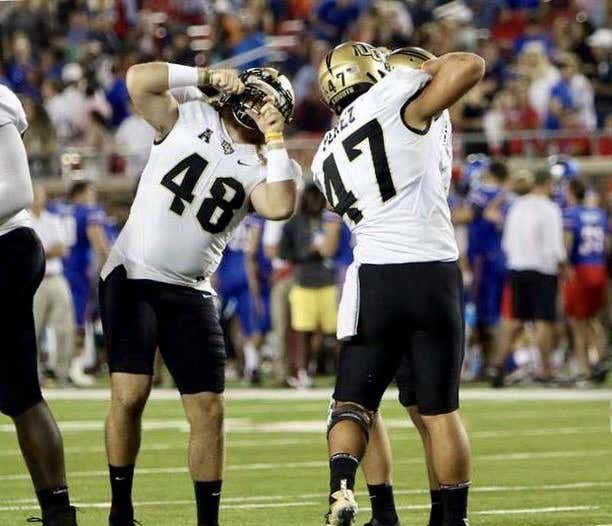 -The best argument for an eight-team playoff includes the inclusion of a G5 team. College football cannot lose the TCU/Boise State/West Virginia aspect that it had in the 2000’s. Look at college basketball, half of the appeal of the tournament is the Cinderella stories that happen year after year. Football is a different game than basketball, but having one G5 team in like UCF per year, who can somehow pull off an upset against a historic team like USC or Ohio State would be huge.

-The change would also have a trickle-down effect. G5 teams could convince recruits to come to their schools, play right away, be a star on campus and still have a chance to make the CFP, instead of going to an SEC school, redshirting for a year and then sitting behind three other 4/5-star recruits until their Junior year. I don’t want G5 teams to become irrelevant.