Going to change it up a bit this week in terms of format. For the past 10 weeks, I have tried to put every significant moment in every roundup, but my definition of significant may be different from yours. I may think Western Kentucky’s mascot Big Red is a must see moment where most people don’t care about moments from the weekend outside of their personal team and a few other marquee games. I’m going to make an audible to a new look. We’ll start with the marquee games of the weekend (aka Ain’t Come To Play School Games) then go to awards, power 5 conferences, and then G5 games. You can now command/control-F any school/game you are looking for. Hopefully, this will add a little organization and take away the cluster.

This is how you leave a game, folks:

Not bad, OSU student section. Not bad at all: 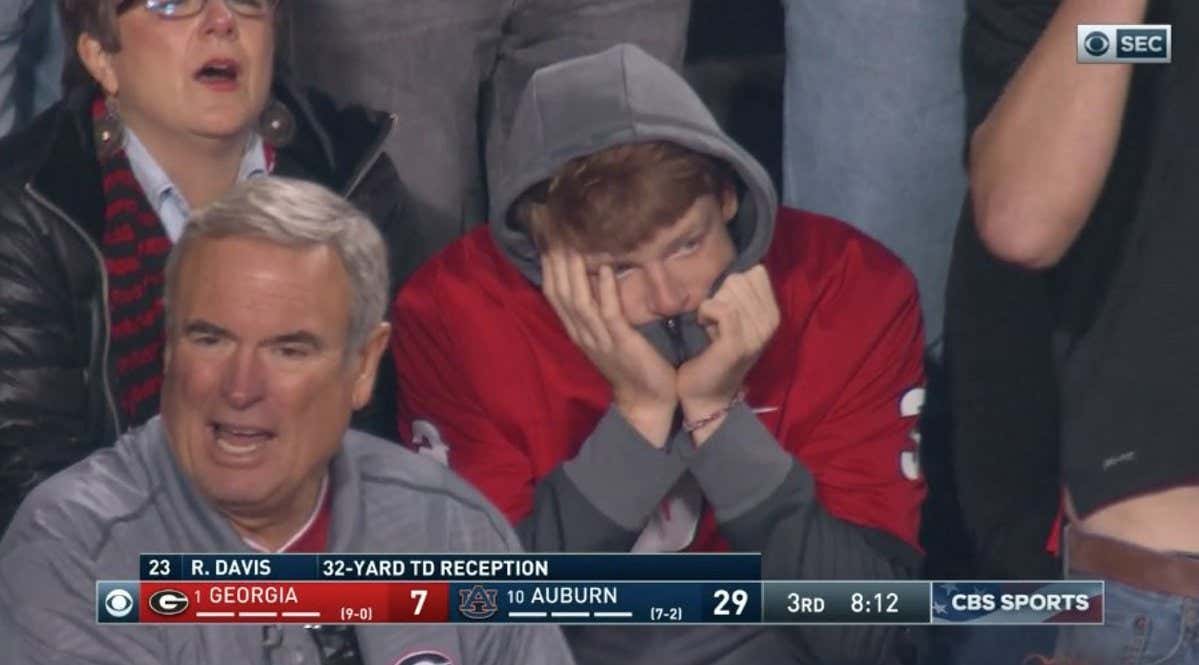 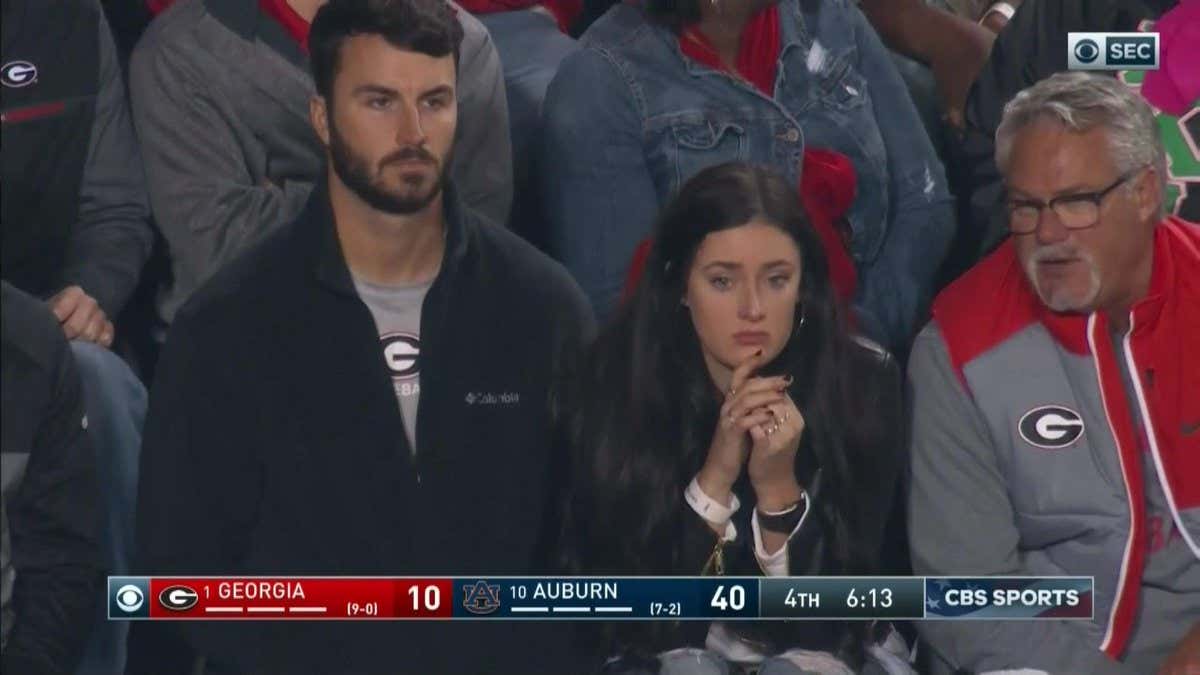 Talk about an intro:

Life comes at you FAST! 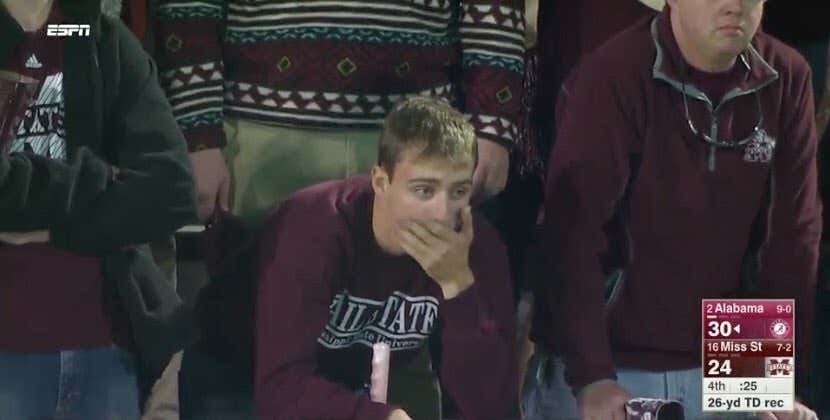 #FootballGuy Of The Week:

Hardo Of The Week:

Quinn Nordin, who Jim Harbaugh had a sleepover with to convince him to commit to Michigan, decided to have a shouting match mid-game with his coach after missing two field goals:

Big Red FOREVER. I want that crappy costume to be around in 2050. Preserve it. I don’t care what it takes!

Who remembers when the Civil ConFLiCT was the opposite of civil? Now there are gifts being exchanged before the game? Millenials are ruining this sport. 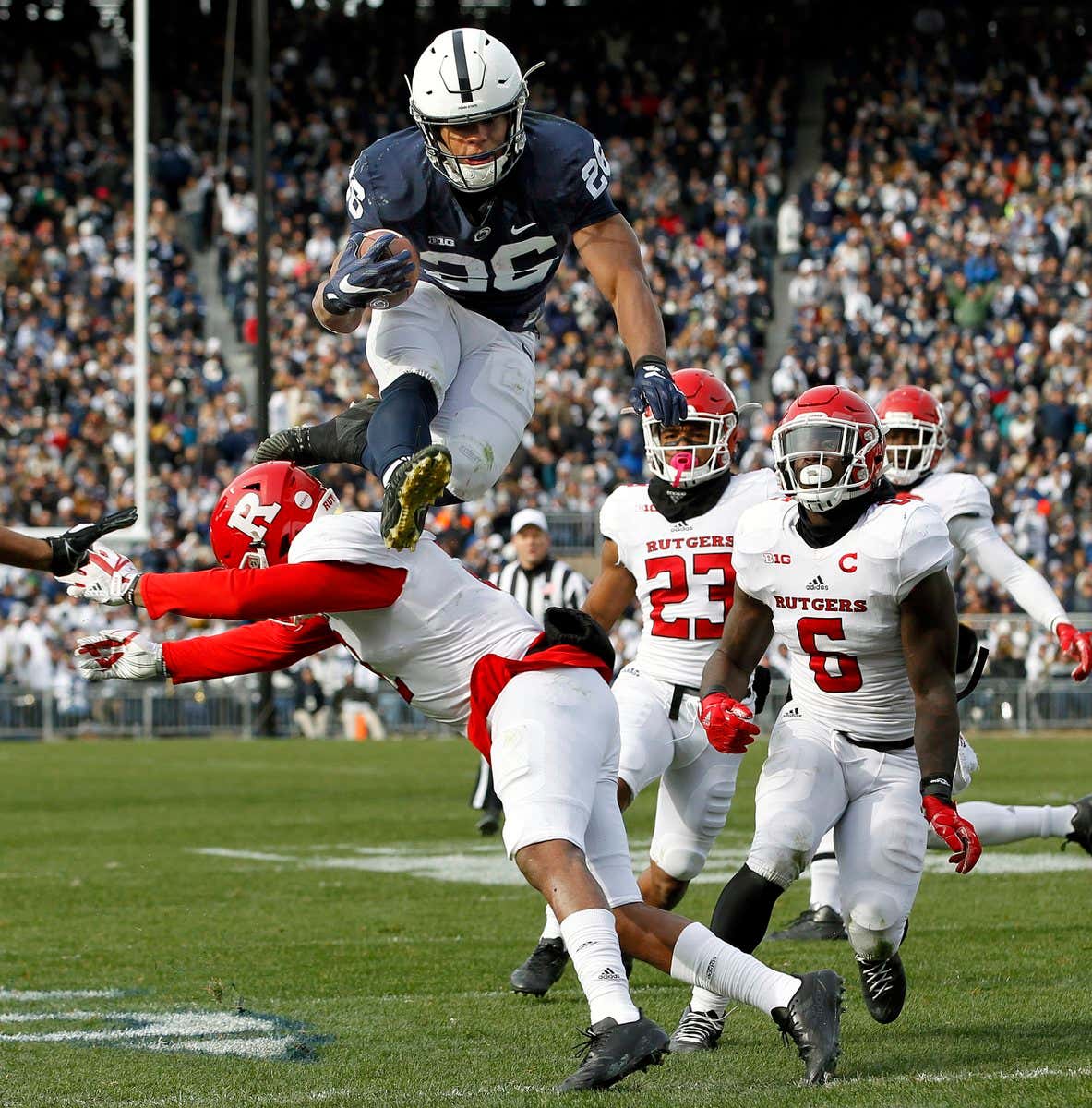 You know better than to talk about the turnover chain like that!

Bret Bielema is going through a point in his life that most men never get close to:

James Blackman may die by the end of this season:

Give me MORE BRADLEY CHUBB!

Did you bet against Army on Veterans Day? Oh good, you aren’t on an idiot. I guess I’m the only idiot. 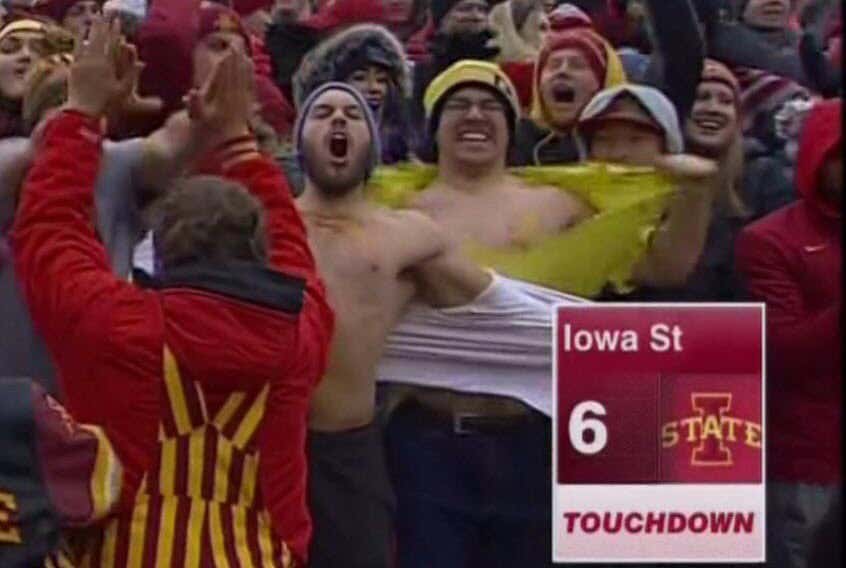 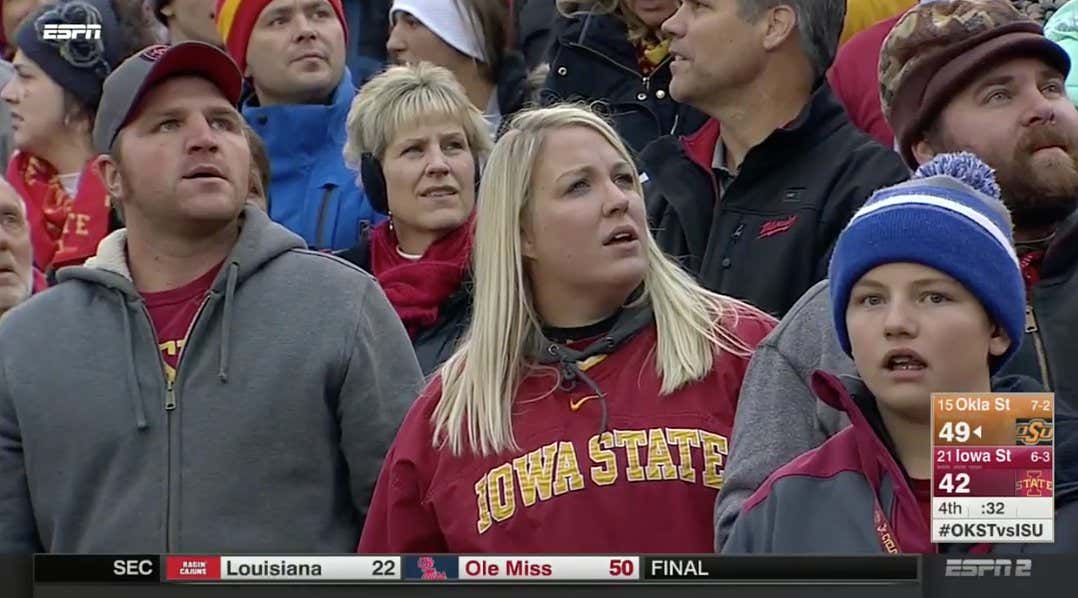 If no one shows up for a game in Jerry World, did the game actually happen?

Take Kansas State and put them in the Big Ten, because that’s where they belong:

It was happening. It really was. Until it wasn’t. 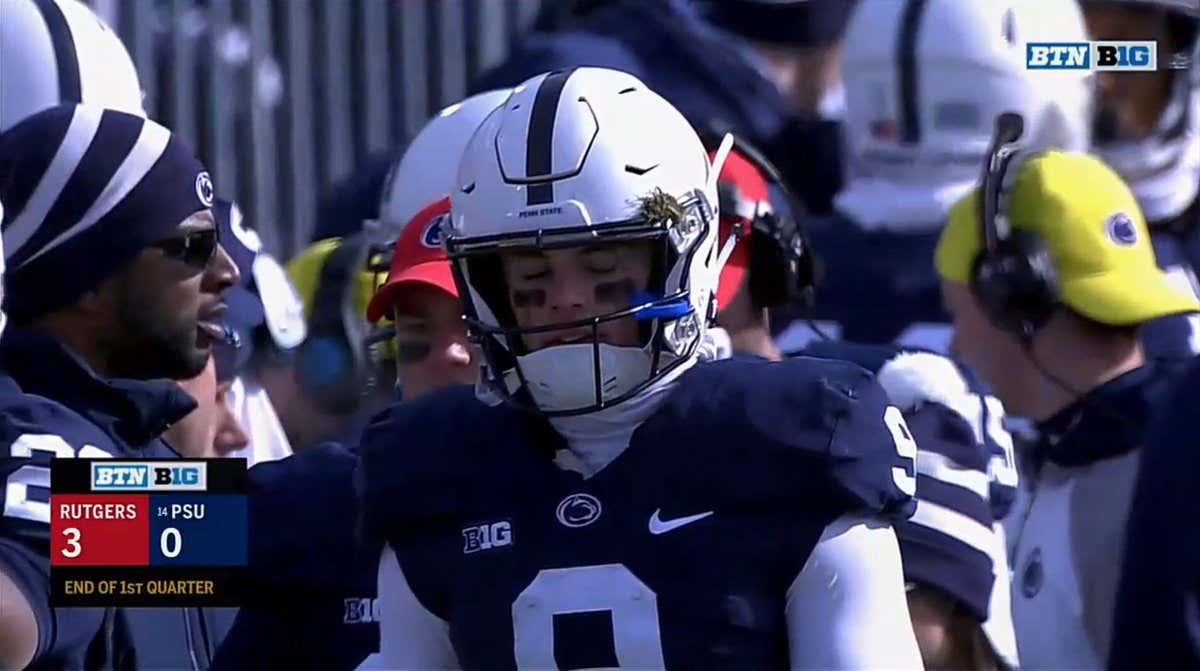 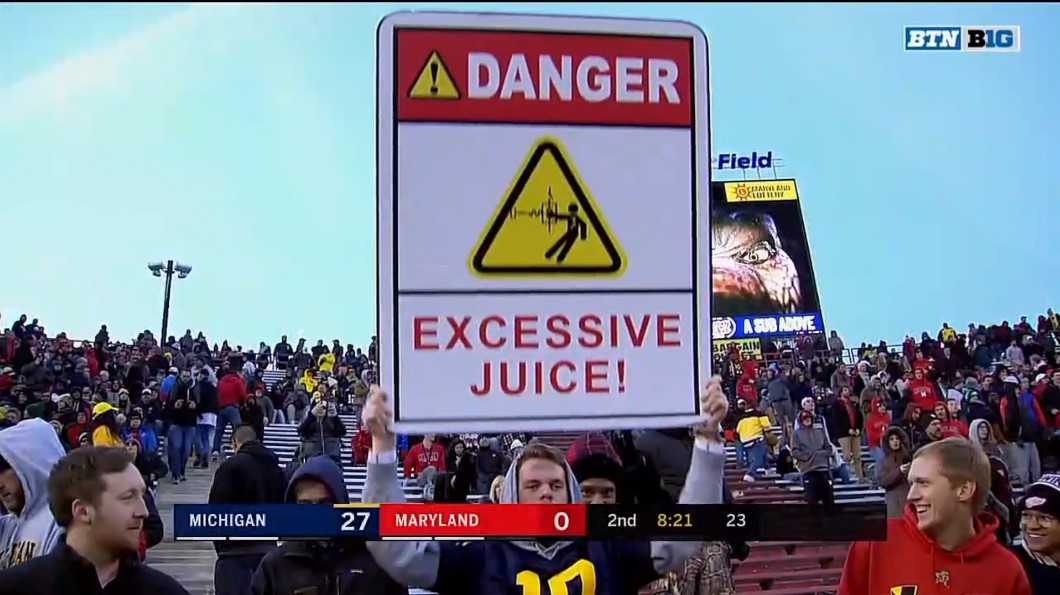 Talk about supporting the troops:

Prayers are appreciated in this time of need!