The Turnover Chain may be the best thing going in sports right now. I do live in a sports bubble, but I can’t think of anything that is as universally loved as Miami’s Cuban Links that appear after every fumble/interception. The only comparison I can think of is the love America has for the Stranger Things kids. In a country often divided, there are not many approval ratings upwards of 99%. Only old, white guys who don’t like fun and want football to go back to it’s “old ways with sportsmanship” disapprove (also known as Notre Dame fans).

I used to view myself as one of the biggest turnover chain supporters, but that discussion ended on Saturday. During GameDay, this photo surfaced:

As perfect as this man seemed, we only saw half of the body he turned into a canvas full of Miami art:

Look at this work of art: 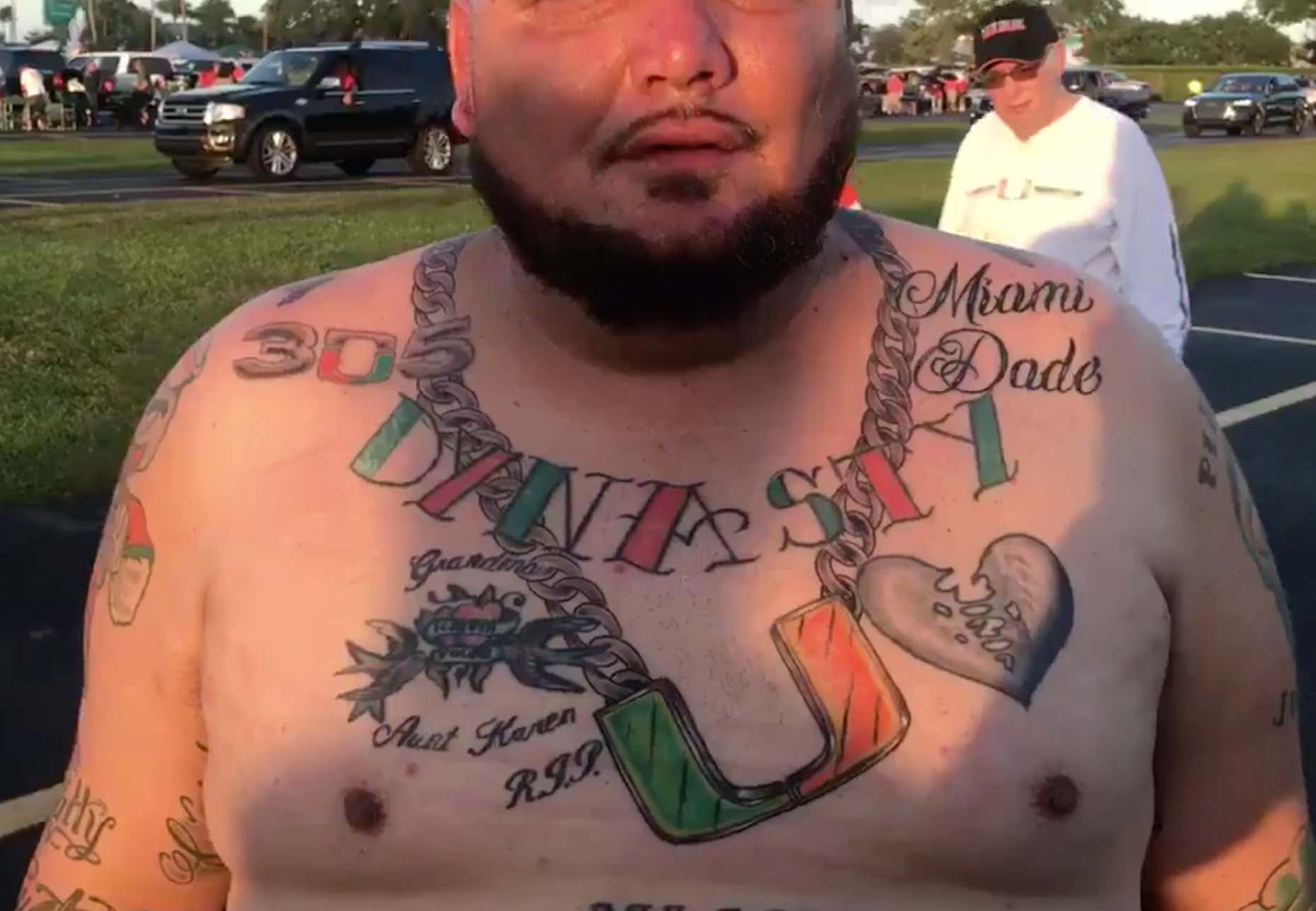 So, what school within Miami do you think this fan went to? The law school? Graduate? Undergrad? More than one? Those tattoos probably turn the ladies crazy at alumni events.

Can’t wait to see what that mans body looks like when he is 65 (if he makes there).

Miami is slowly climbing up the rankings of schools with fans who pretend they went to the school. I’m not a “you HAVE to go to the college to root for them” hardo, but there are 10-15 school’s where a lot of their fans went to the school “for a semester” or “their uncle’s friends uncle’s girlfriend went to the school, so that’s how I became a fan.” Here is my definitive list of college football fans with fake fans:

P.S. The Turnover Chain song is the song of my generation: