THERE IS NO CRYING IN FOOTBALL, JIM HARBUAGH’S SON!! 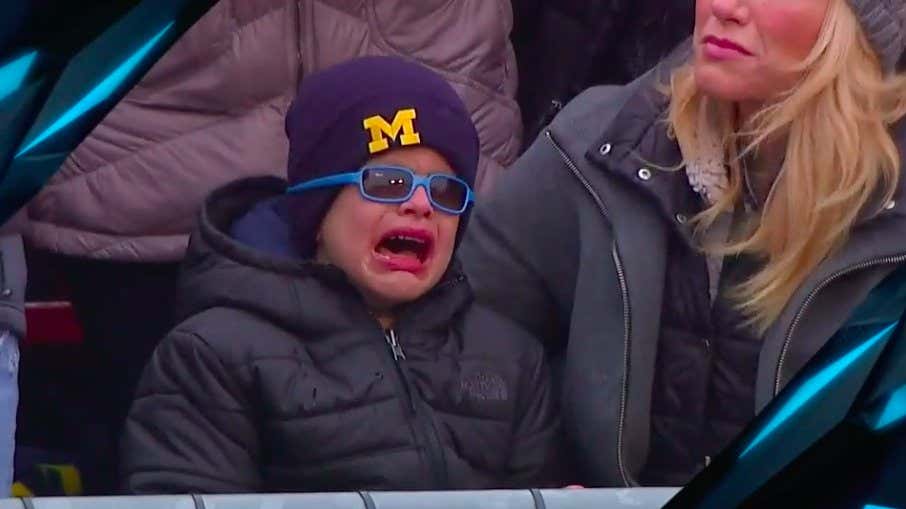 #FootballGuy Of The Week:

Hardo Of The Week:

The easiest award ever thanks to these Kansas football captains 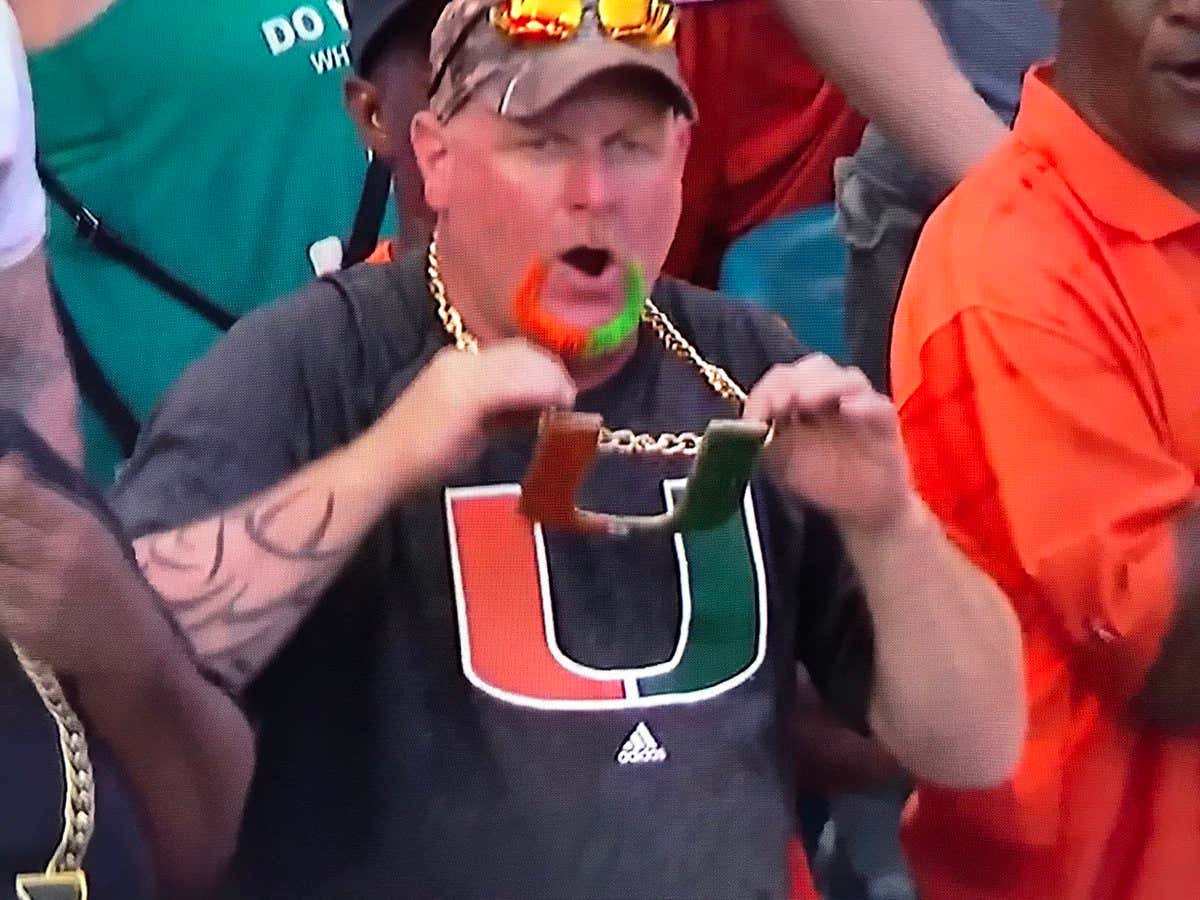 Look at that facial hair! IT’S ALL ABOUT THE U!!!

A very close second to this guy: 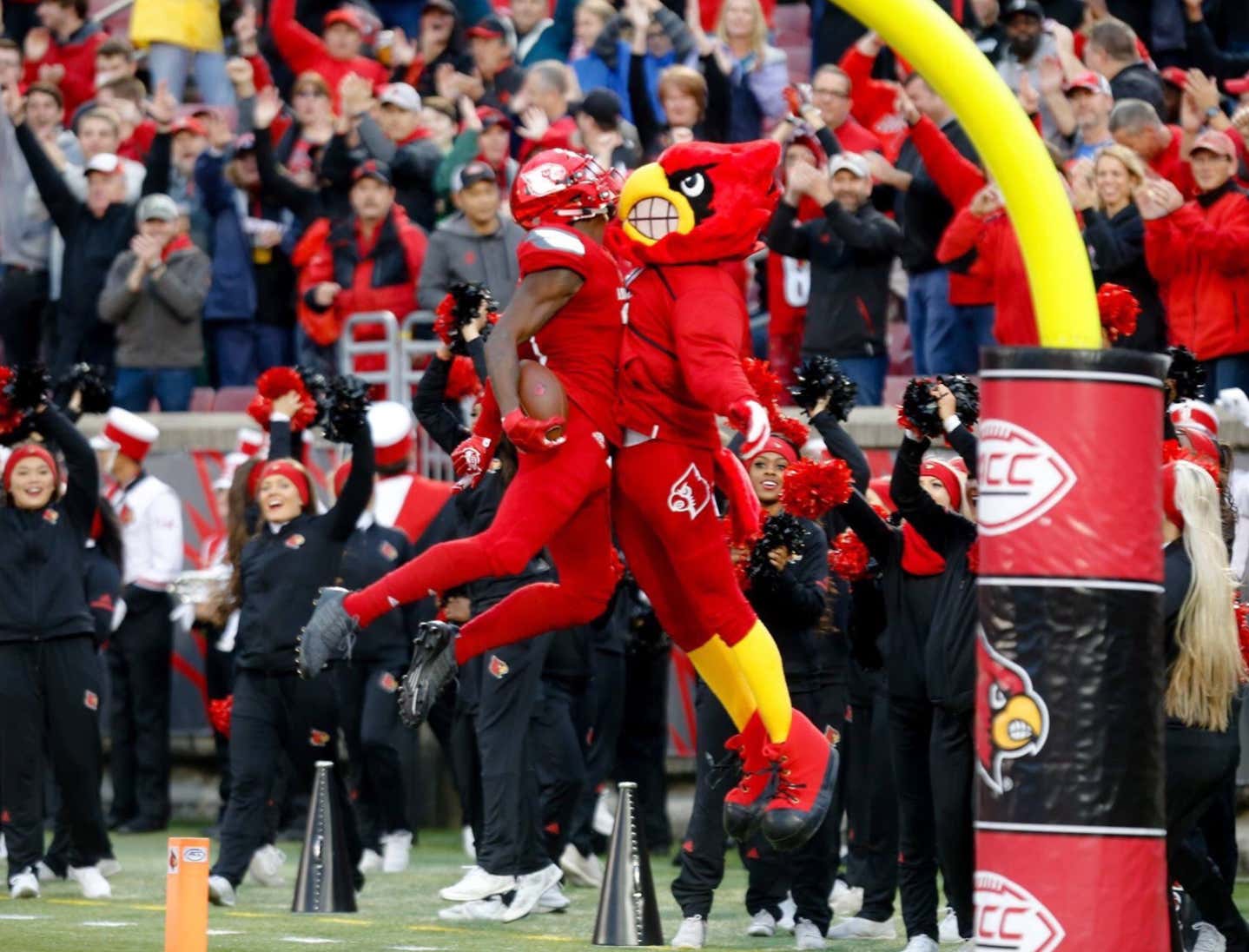 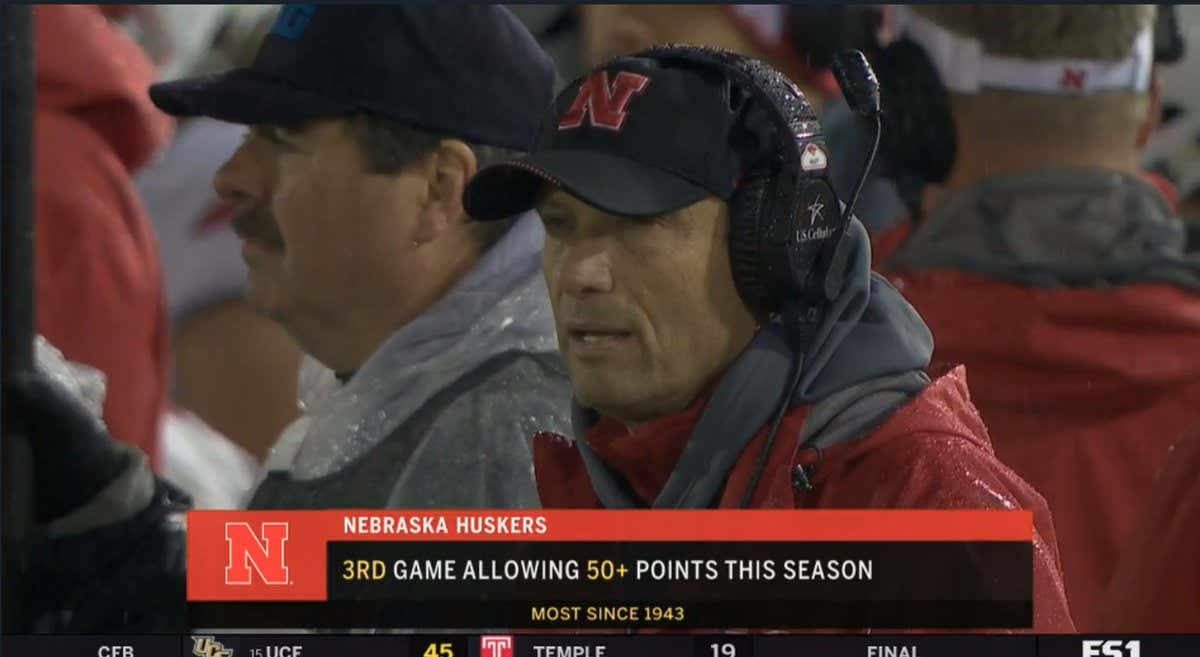 The ref who called this targeting THEN reviewed it and still decided to throw out the Memphis player!

This weeks award goes to ESPN for blurring out Baker Mayfield grabbing his crotch! The horror! 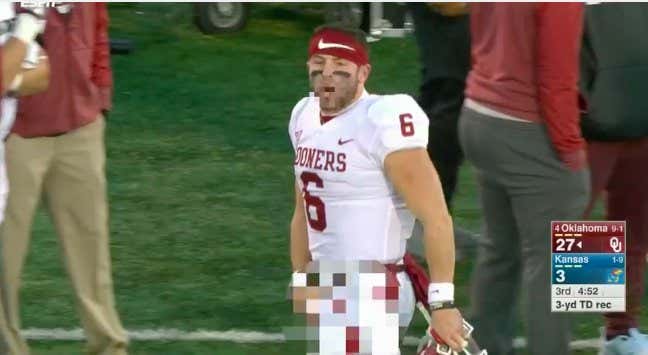 Oregon….you are better than this. You used to be the king of creativity in this sport…now, this?

I know this isn’t a quote, but this had to be given some form of an award.

How did Cole Kelley do on the sideline supporting his teammates this weekend? Oh… 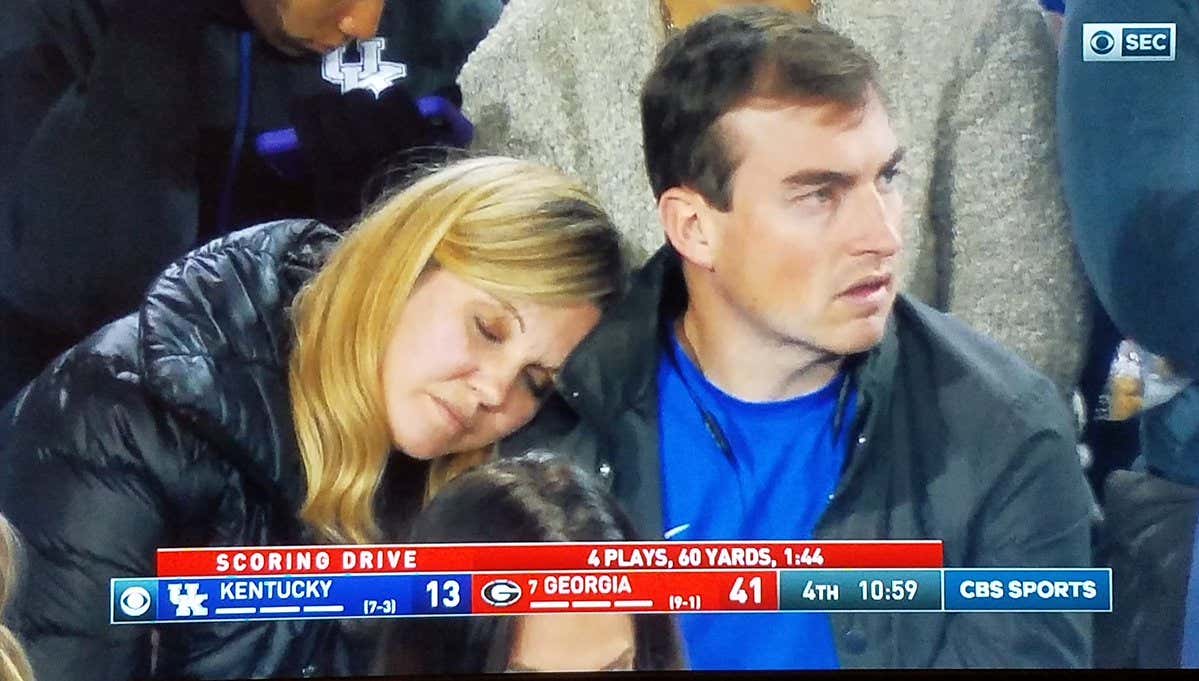 #GRUMORs got taken to a whole different level on Saturday:

The game between LSU and Tennessee was a shitshow both on and off the field: 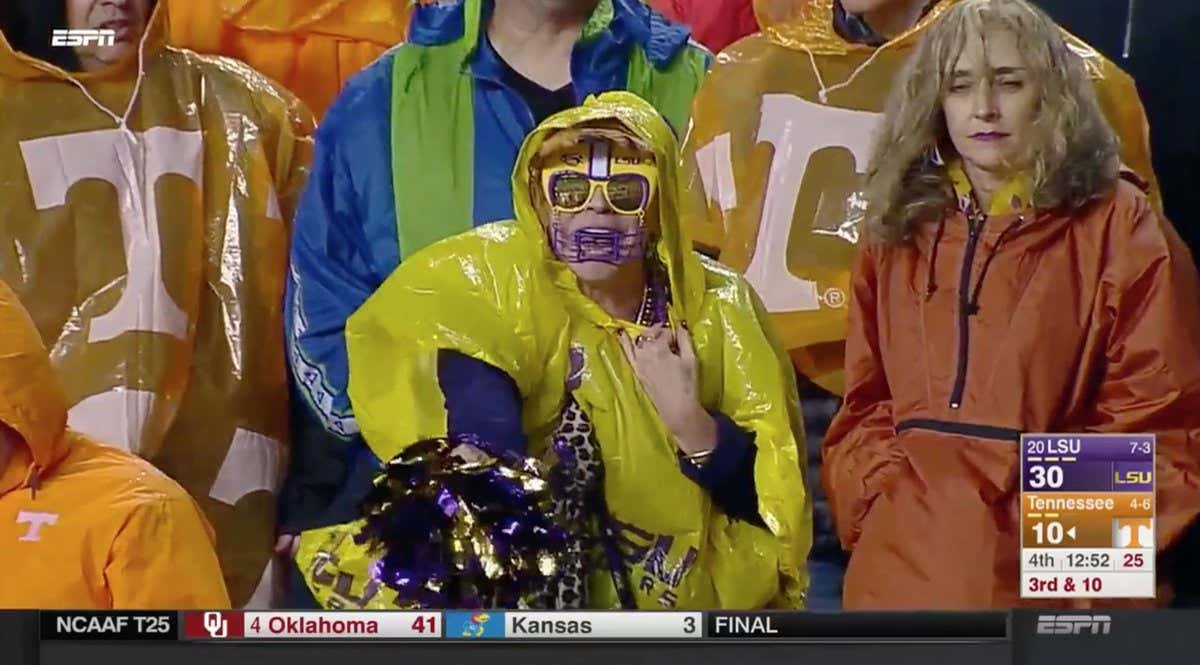 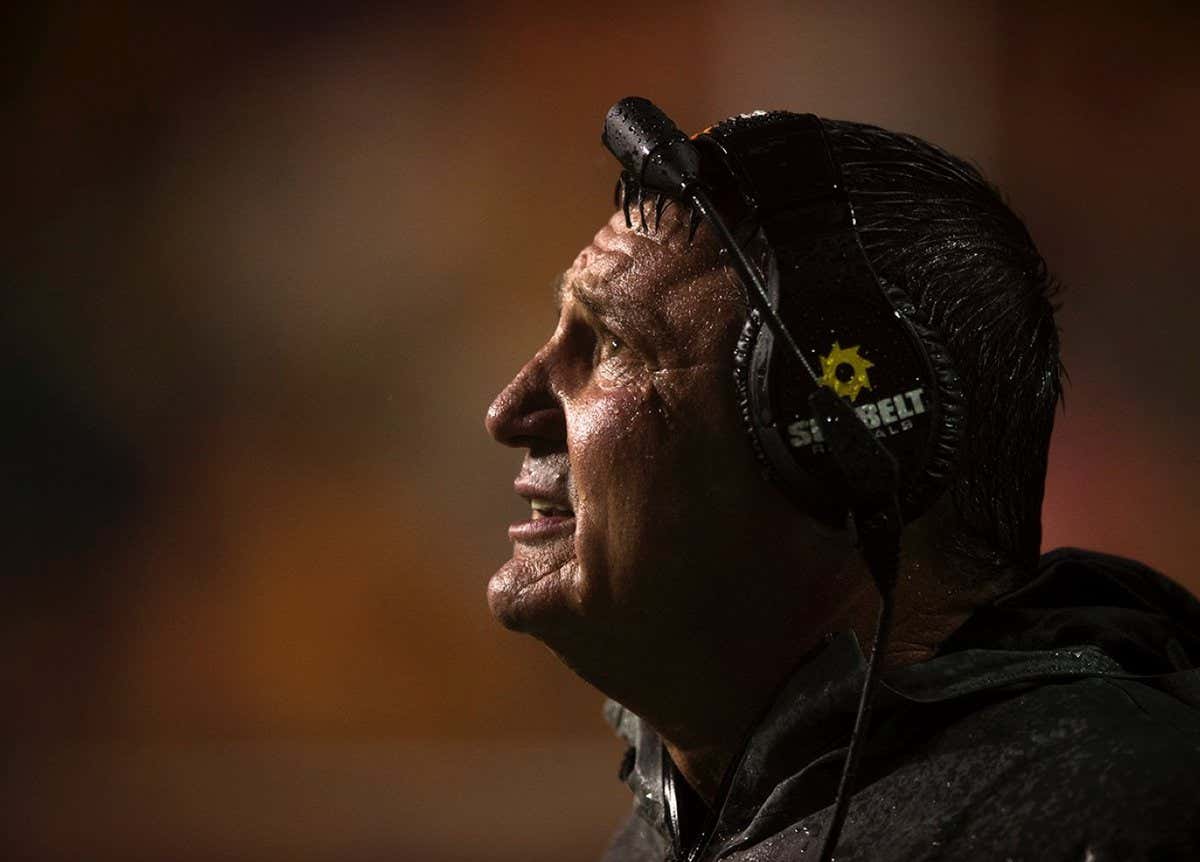 Absorb as much Baker Mayfield as you can over the next three games, because I guarantee you’ll miss him come this time next year.

By the way, if you had a problem with Baker Mayfield, I think it’s time for you to reevaluate your life. If a team comes at you like this, ALL bets are off. 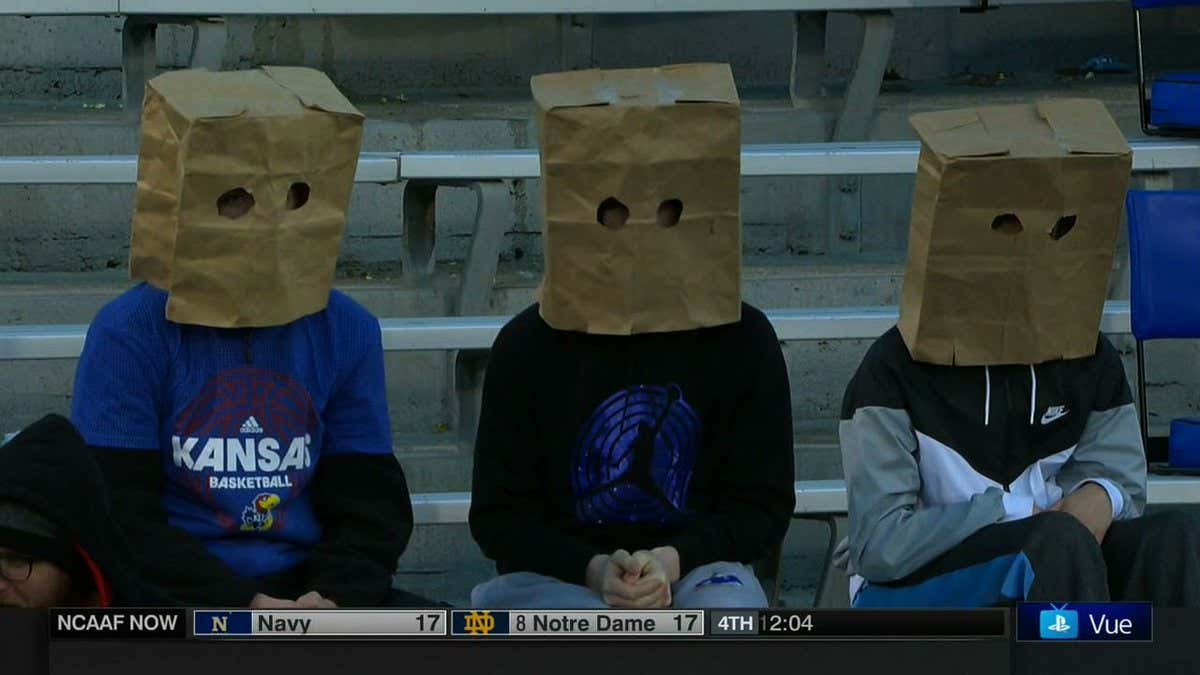 Truly phenomenal to somehow go wide left on a 20-yard field goal while you are on the right hash.

This guy is all of us:

I hope your Saturday was better than the finger of Will Grier:

TEXAS IS BACK (to being bowl eligible): 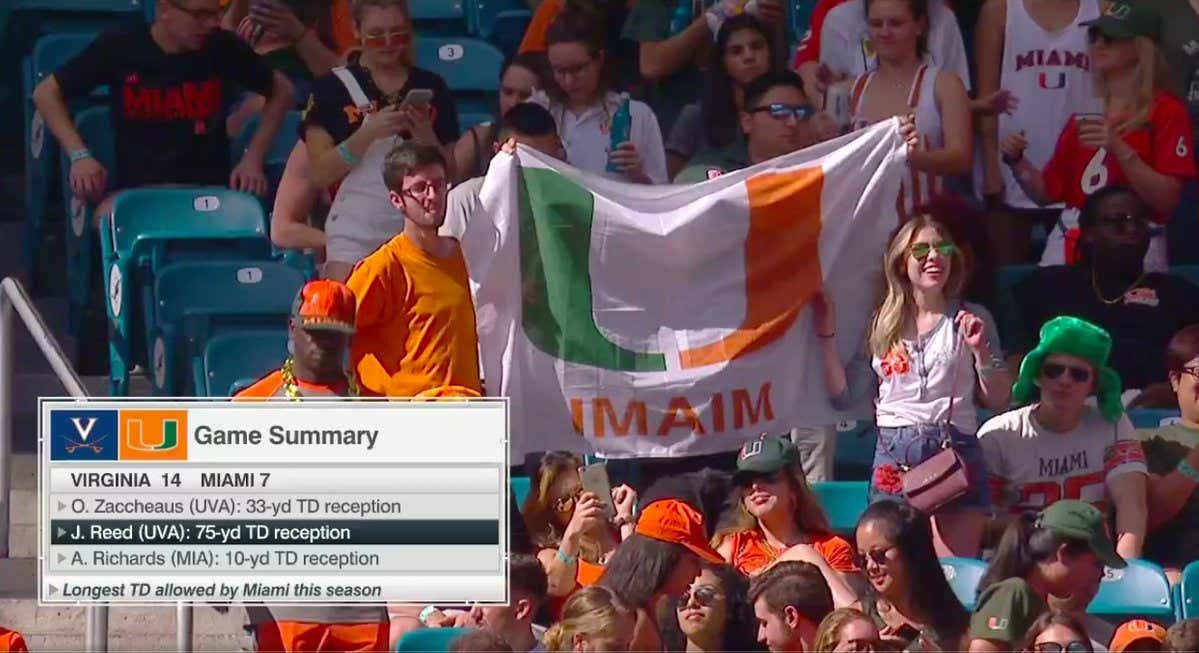 Virginia was winning until…

An NFL team is going to pass on Lamar Jackson for Josh Allen in the draft and Lamar is going to haunt that team for the rest of his life. 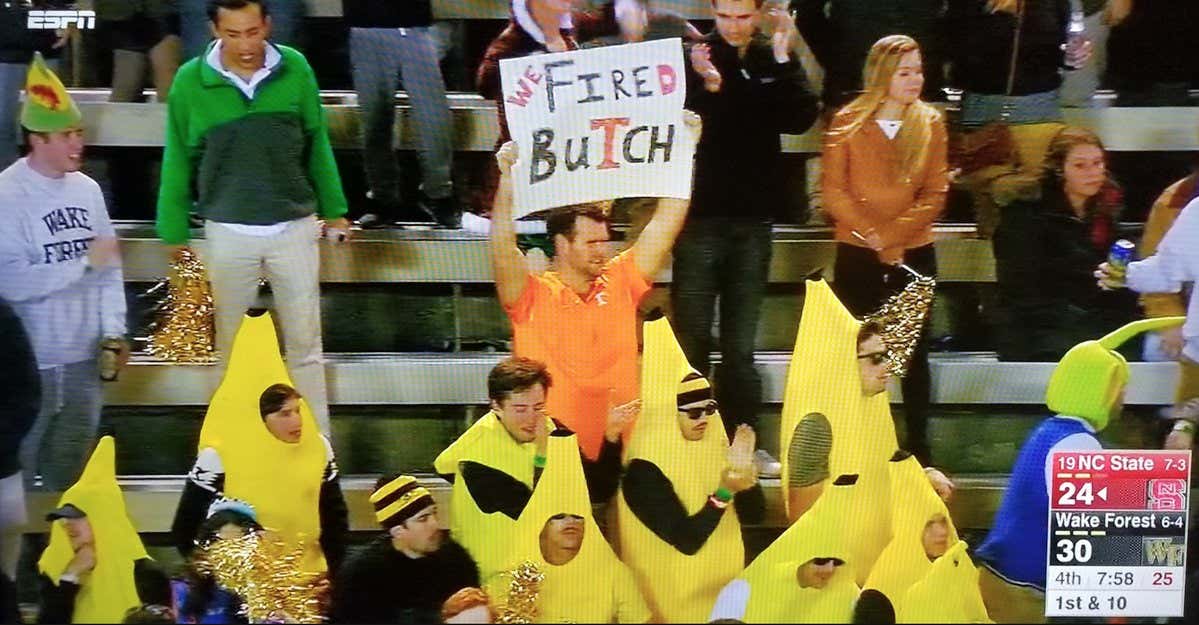 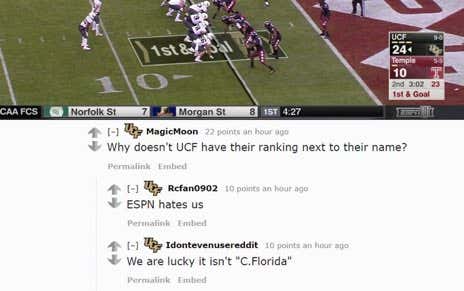 Let’s check in on things in Provo…wait, what?

GIVE THEM THE HARAMBE BELT!