I hope and pray that you didn’t test your patience for all of Thursday and Friday with your family only to be rewarded with this bad beat.

New Mexico was down 11 points with 8 minutes to go in the fourth. Following a concerning 2-play, 49-yard scoring drive, San Diego State’s lead grew to 18. New Mexico followed this up with an interception only to allow a touchdown 3 plays and 63 yards later to the Aztecs. The score stood 35-10.

If the past few minutes of play weren’t bad enough for New Mexico backers, the Lobos decided to drive inside SDSU’s 30-yard line only to throw an interception. NOT GREAT!

Speaking of untimely interceptions, I think it’s a fair time to talk about Rutgers and Michigan State. Going into the fourth, the score was 19-7. Here is what happened next: 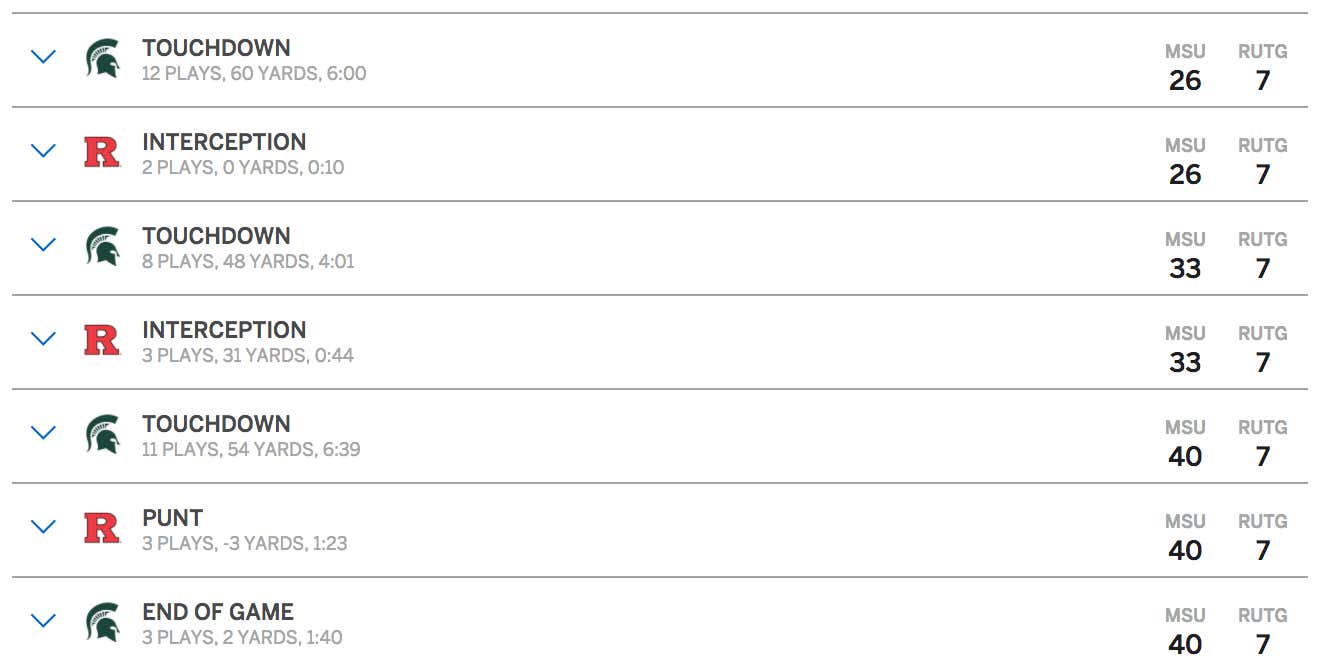 Fitting that Rutgers finishes the season on this list, right where they belong: breaking hearts.

Two minutes left in the third quarter and the score was 13-7. THIRTEEN TO SEVEN! BYU decided over the next 17 minutes that they were going to score seventeen points, which is more points than they scored in 8 of their games this year.

With the score 30-13, the always reliable BYU defense turned out to be the opposite. 6 plays later, 5 of which went for first downs, Hawai’i scored a touchdown to push the total over. MOOSE!

3rd & 10 from Purdue’s 26 yard line with one minute on the clock? FIRST DOWN INDIANA! Next play?

I know one guy who had the over! 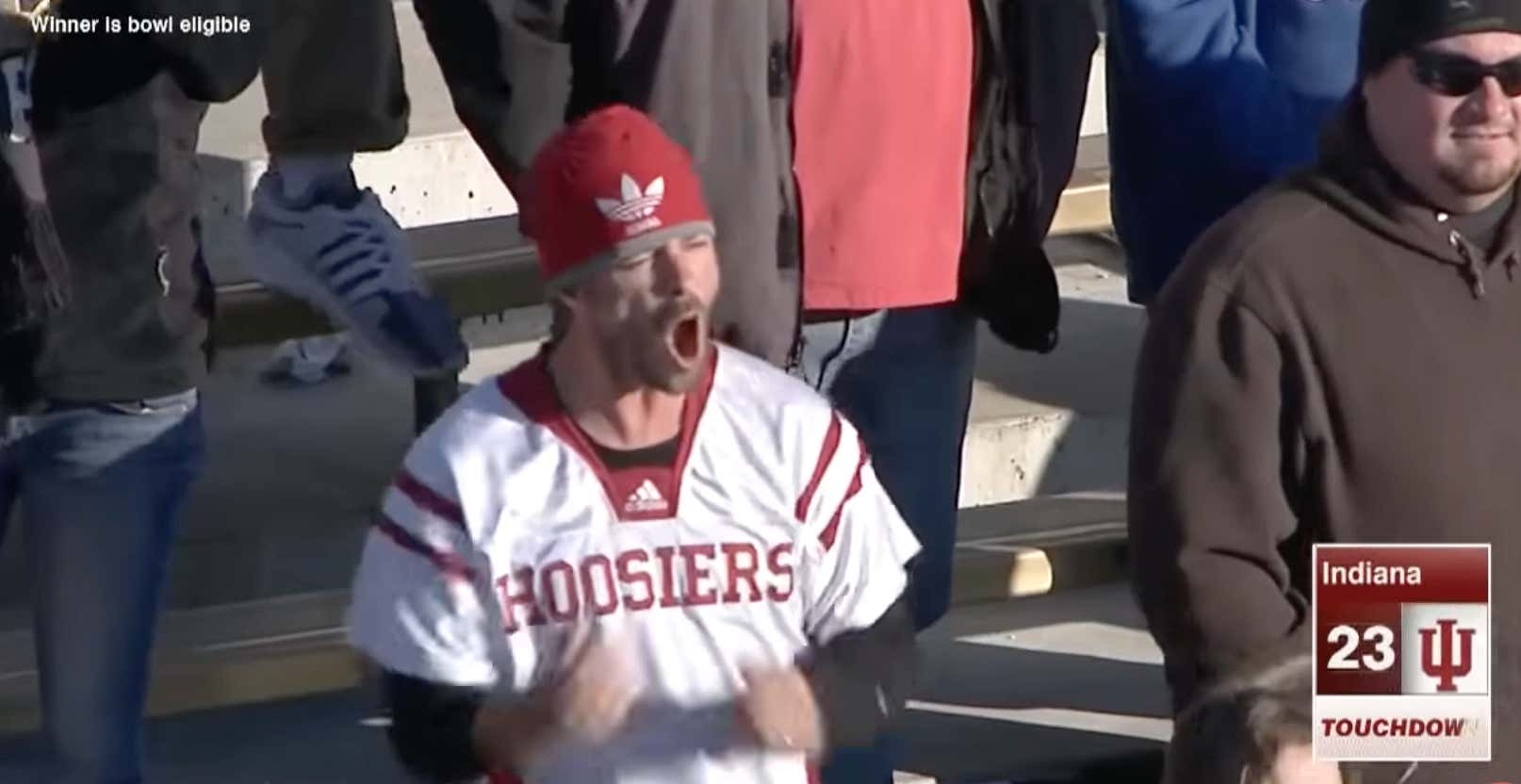 After a 1 minute and 7-second drive with just 2 minutes left in the fourth, Marshall found the end zone to tie the game!

The cover was still alive! Anything is possible in overti…oh, no, no, not the extra point!

Iowa State was up 19-7 in the fourth quarter. Kansas State started a drive on their own 13-yard line with 1:55 on the clock. Funny enough, exactly 1:55 later, Kansas State crossed the goal line:

31-12 stood the score with 10:23 left in the fourth. Florida Atlantic started their drive on their own 6-yard line. 7 minutes later they found themselves on Charlotte’s 1-yard line! The next two plays went for zero yards. The third? negative eight.

Final score? 31-12. Nothing worse than a goal line bad beat.

Fourth & four. 1:32 left in the game. Central Michigan had the ball on Northern Illinois 29-yard line. Instead of taking a field goal to keep the total under, CMU went for it:

The final two bad beats came in the same game.

On Saturday, UConn came into Cincinnati with 3 wins. Entering into the fourth quarter, they were up 15-7. Could they cover their team total and finish 4-8? Before you knew it the Huskies became un-#REStorred and Cincinnati was up 22-15 with 1:28 left in the fourth quarter. After a phenomenal drive by freshman QB Dave Pindell, UConn was on Cincinnati’s 15-yard line with 2 seconds left:

Untimed downs should be illegal when a spread is in play. I know that won’t be good for football as a whole, but for gamblers sakes….get rid of them.

At the end of this play, look how the 3-8 UConn WR stood over a 3-8 Cincinnati DB. That was flagged. That means the ball was moved back 15-yards for the extra point. That turned out to be a problem:

MOOOOOOOSE! The elusive extra point that ruins a cover in the team total and spread. Amazing.