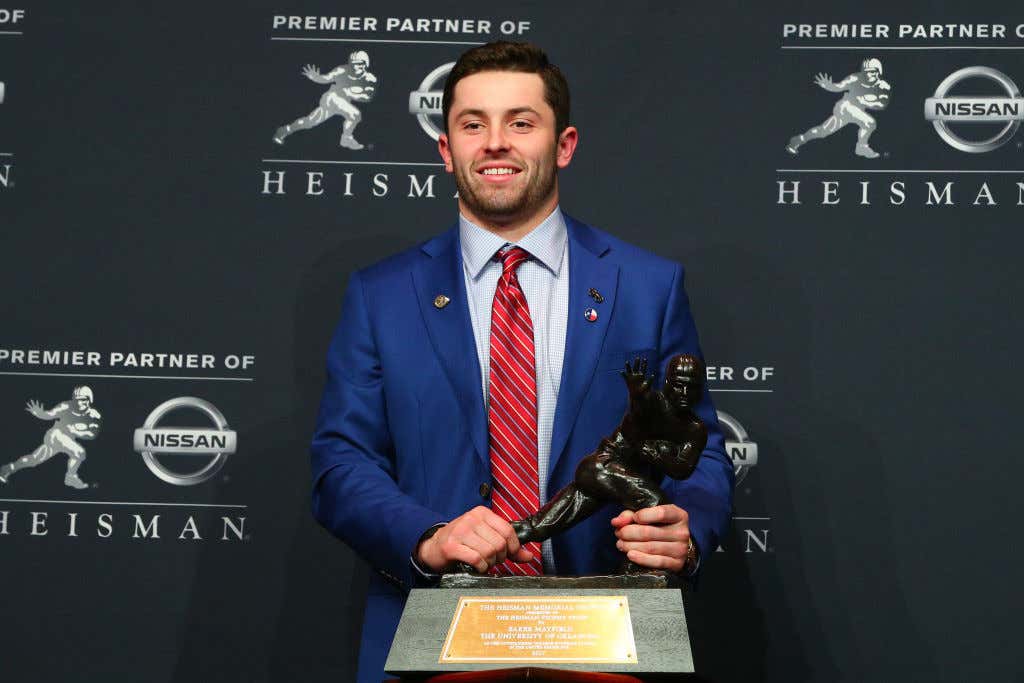 A well-deserved honor for Baker. His time as a college football player had its ups and downs, so finally touching the prestigious trophy must’ve been surreal for Mayfield. Saturday was a time for Baker to shake a lot of hands and conduct a bunch of interviews, but it also was a time for celebration in the city that never sleeps. Unfortunately, somebody scheduled Baker Mayfield for a 9 AM SportsCenter spot:

Baker, I assume, stayed out all night partying. I hope he brought the Heisman into every club he went to and used it as ID to get into the VIP section. That’s what any man with a pulse would do and if you and your holy moral high ground think you wouldn’t do the same you are lying to yourself. Imagine being 22-years-old, on top of the college football world, and in NYC?

Having him do the 9 AM spot on SportsCenter is disgusting. Look at him when he said “It still hasn’t kicked in yet:” 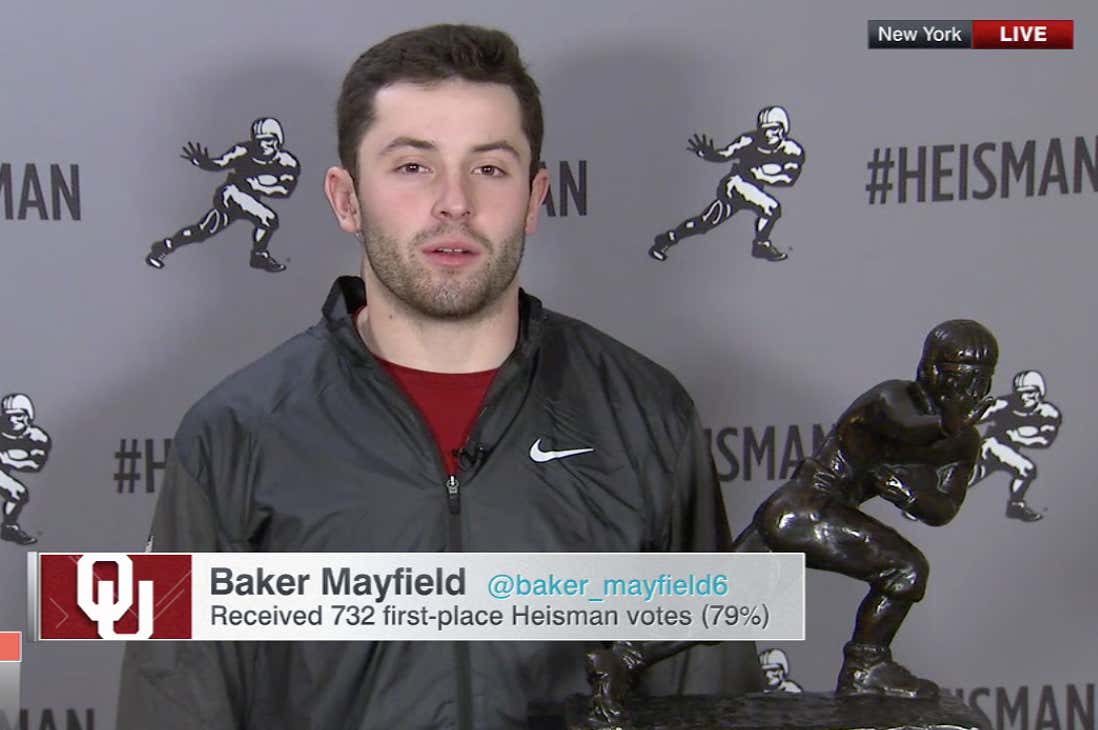 Paler than Casper the Ghost! The eyes say, “I need a new publicist!”

Is it even worth Baker getting up for this? Really, who is watching SportsCenter at 9 AM on Sunday morning that needs to hear the classic “I’m just happy to have been given the opportunity to win the Heisman thanks to my teammates” take from Mayfield? Can’t they just play a recorded interview from the night before? I’d be willing to go as far to say forcing Mayfield to do this is considered torture.