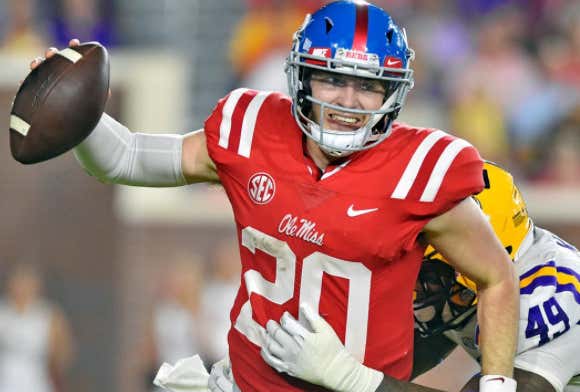 Big, big, BIG news for Michigan. Harbaugh finally having himself a potentially great QB at Michigan should cause a lot of excitement for Michigan fans. Maybe this will finally push Harbaugh over the elusive third in the Big Ten West hump that all coaches struggle with.

All jokes aside, Shea Patterson is very good. Over 10 games throughout the last two seasons, Patterson has 3,139 passing yards, 23 touchdowns and 12 interceptions. If you compare that to John O’Korn, Brandon Peters and Wilton Speight in the 2017 season, Patterson outgains them by 1,096 yards and 14 touchdowns in two fewer games.

A lot can happen between now and September 1st, 2018, but Michigan is looking to be 1b with Ohio State 1a in the 2018 Big Ten West. Michigan has a schedule next season with Notre Dame, Michigan State, and Ohio State on the road along with Wisconsin and Penn State at home, so if Patterson does start he will have a challenge on his hand.

The thought is that Patterson will receive said waiver. If so, he will be a junior at Michigan, with two years of eligibility left to play with Harbaugh.