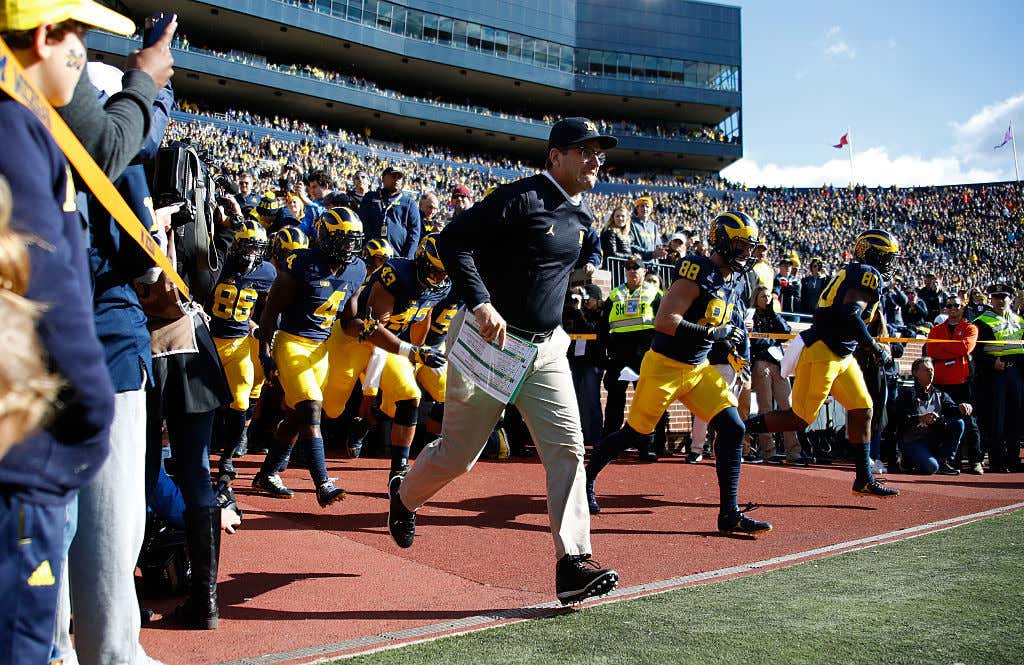 Land Of 10-One of the most recognizable features of Michigan coach Jim Harbaugh is that he is often seen wearing khakis. Whether it is on the sideline during a game or at the podium after practice, Harbaugh is almost always wearing khakis.

Because of this, a pair of autographed Harbaugh khakis were being auctioned off at the 2017 Michigan Bust, the team’s annual end-of-season awards banquet hosted by the U of M Club of Detroit, on Tuesday night. The bidding for the khakis in the event’s silent auction started at $900.

Unfortunately, there were no bidders for the pair of framed khakis. 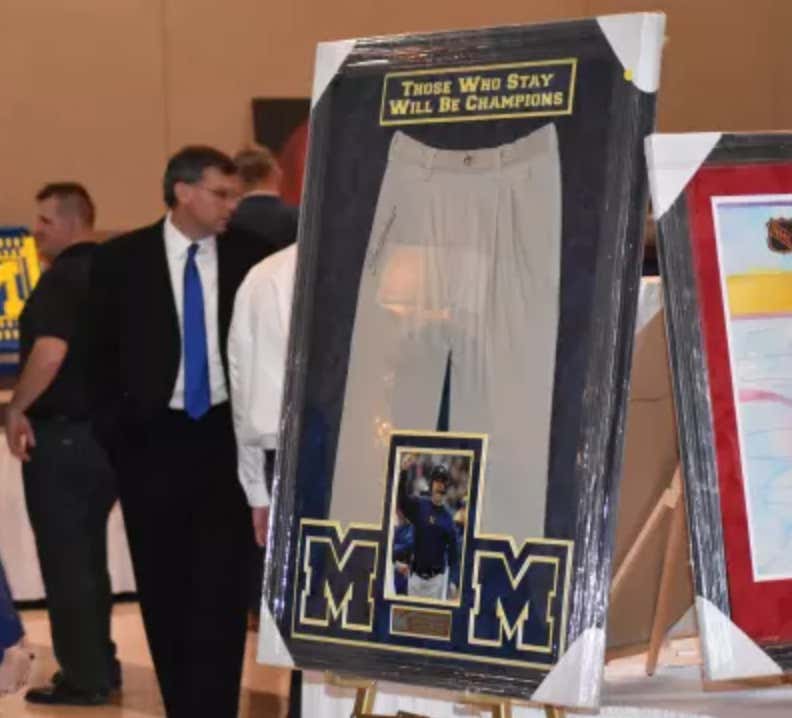 At the top of the frame, it reads, “Those who stay will be champions.” Towards the bottom of the frame, there is a picture of Harbaugh in between two Michigan logos.

Them having zero bids on them proves my point about the absurdity of them being auctioned off. I can only imagine the amount of money walking around at that U of M Club Awards Dinner last night. When Michigan men with way too much money decided against a purchase, that’s when you know you have a problem.

Also, how do we know these are game worn khakis from Jim Harbaugh? Give me a dirt skid mark, dip stain or something. Put a tin in his front pocket to make me believe at least a bit that they were game used. It doesn’t even seem like we can tell if they are Lululemon! How am I supposed to believe these were game worn if they aren’t Lululemon?!?

P.s. U of M club, if you are reading this, I will gladly take that item off your hands. I’ll even pay for shipping!

P.s.s. Michigan should’ve just auctioned off one of Harbaugh’s empty tins. I’d pay upwards of $100 for that. I’ve always wondered what he dips. Seems like a Copenhagen Straight guy to me.