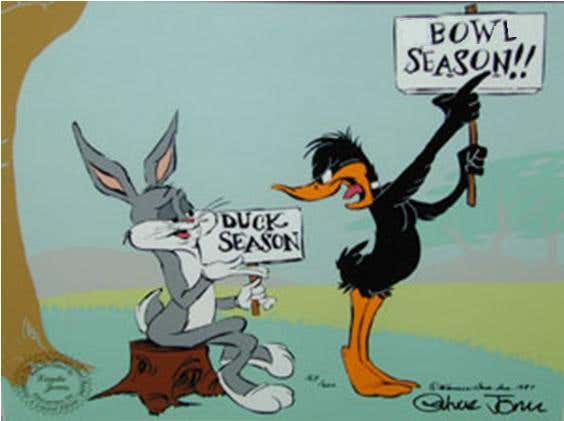 Bowl season is here. Some think there are too many bowls and the once glorified postseason has turned into a bunch of games played for participation trophies, but I’m not in that group. More bowl games mean more football, so you can count me in.

Remember how you felt in the middle of July? Yes, the feeling of “football, please come back in my life! I can’t listen to these Yankees fans any longer! I’ll take a Tuesday night Sun Belt game for god’s sake!” Think of that the next time you are about to throw out a lazy “there are too many bowl games!!!” take. Enjoy these games. Also, there are never enough games to bet, so an additional 40+ college football spreads is good for the soul. Think of it as a time to get away from your family during the holidays.

We’ll start the bowl previews with the 5 games this Saturday. I’ll rank each of them in watchability. I’ll have at least a lean in every game and I’ll, of course, have a few #JackieGambling plays mixed in there.

When capping bowl games, the biggest factor you have to look at is motivation. Is X team happy to be in Y bowl? If yes, why? If no, why? There are loads of reasons for a team to be motivated going into a bowl game as there are loads of reasons why they may not be. In each bowl preview, we’ll go over motivation factors for each team participating. Often times, those factors are more important in capping bowl games than the statistics compiled from the teams 12+ games throughout the season.

Oregon comes into this game after losing their head coach Willie Taggart to Florida State. For their second coaching hire in the past two years, Oregon stayed in the program with Mario Cristobal:

There were reports “most players” wanted Cristobal to be named the next head coach after Taggart left. That’s good to hear, but don’t think this is anywhere close to a Rudy situation where all the Oregon players went into the AD’s office and laid down all 85 uniforms they have vouching for Cristobal to be hired.

Oregon’s season wasn’t a failure, but it sure seems a lot worse now than it did a month ago after a convincing win over Arizona. Chip Kelly being hired by a conference rival and then Taggart leaving after one year on the job sure did take the air out of the ball. Program momentum looked to be in the Ducks favor going into bowl season, but now it’s the opposite.

I’m not sure how much the Oregon players care about this game. They do get QB Justin Herbert back, but Oregon’s top offensive weapon RB Royce Freeman won’t be playing:

On top of all this, they are in Vegas. The coaches may have the players on lockdown, but the city of distractions must be getting to the already unfocused team.

Boise State, on the other hand, is in a completely different spot. The Broncos are coming into Saturday winning 8 out of 9, including a Mountain West championship. In a year that started awful with losses to Virginia & Washington State, Boise State recovered to be a top-30 S&P+ team. Saturday will also be a chance for Boise to show that last years embarrassing bowl loss to Baylor was a fluke.

The stats like Boise State as well. According to S&P+, Oregon should be a 1.5 point underdog, not favored by over a touchdown. Boise sports a top-35 rushing and passing attack, along with the 34th ranked defense in the country.

Boise will be the more focused team on Saturday and won’t have to face star RB Royce Freeman. Saturday’s game is also on national TV, an honor Boise rarely gets outside of the 10:45 PM Friday/Saturday slot. All the signs point to Boise, take the points!

What Seth Littrell has done at North Texas to turn the Mean Green football program around is nothing short of phenomenal. Maybe I am more invested in the program turnaround because North Texas was always the team I picked in NCAA Football Dynasty Mode, but two bowl games in two seasons for Littrell is amazing. Before his arrival 2016, North Texas had been to just one bowl game since 2006.

North Texas key to success this year has been an explosive offense. They’ve scored the 15 most PPG in the nation and rank 22nd in offensive S&P+ thanks to QB Mason Fine. Saturday will be a test for the Mean Green, as Troy brings in a top-20 defense that helped them take down LSU earlier in the season, which brought us this great moment:

I have zero feel on this game. I lean North Texas, but it concerns me that when they lose, they lose big. All four losses on their season have been double-digit margins. Troy’s QB Brandon Silvers had a disappointing season but does have the ability to light up the 96th ranked North Texas defense. Don’t want to force a play here. I could see this game going a bunch of different ways.

Another element you have to consider when capping during bowl season is location. A perfect example is the New Mexico Bowl, which is played at 5100 feet above sea level. For Colorado State, the elevation is nothing new, but Marshall may struggle with it. Could this effect the game in any way? Possibly considering how much Colorado State likes to throw the ball.

Saturday’s game in New Mexico will put strength vs. strength and weakness vs. weakness on display. Colorado State’s offense ranks 14th in S&P+ while Marshall’s defense ranks 22nd. On the other side of the ball, CSU ranks 97th on defense and Marshall ranks 105th on offense.

Similar to the New Orleans bowl, I have no feel for this game. I could see it going a bunch of ways and don’t feel that it’s necessary to force a play.

Marshall has seen success throwing the ball this year, ranking 56th in passing S&P+ and 33rd in passing success rate, so if all operations are working correctly they could put up some points on Colorado State’s 111th ranked pass defense.

This will be the last time Nick Stevens and Michael Gallup will suit up together for Colorado State. This game is by no means a must watch, but these two have been dynamite together for the Rams. Watch out for Gallup to climb NFL draft boards sort of like Corey Davis did last year:

I lean Marshall, but don’t see how I can bet against a team rocking these helmets:

Middle Tennessee was one of the bigger disappointments in G5 college football this year. A team that looked like they were ready to win the C-USA with a phenomenal QB-WR duo in Brent Stockstill and Richie James fell apart due to injuries. Thanks to a win over Old Dominion, MTSU snuck into bowl eligibility.

Arkansas State was the opposite, a big surprise in G5. After finishing 7-4, Arkansas State ranked in the S&P+ top 25. Blake Anderson has turned Arkansas State into a nice little program growing by the day, which has me confused that they are only favored by 4 points in this game. I can’t find much evidence that points to Middle Tennessee winning this game. Sure, they are happy to be playing in this bowl game, but the season has been a disappointment as a whole and I’m sure they were shooting for a bowl game higher than the damn Camellia Bowl.

Arkansas State ranks 20th in offensive S&P+ and 55th in defensive S&P+. Their passing success rate is in the top-10 of the country. The defense features DL Ja’Von Rolland-Jones, an NFL draft prospect has 18 TFL and 13.5 sacks. They rank in the top 10 in field position and 38th in expected turnovers. Compare that to Middle Tennessee, who is good at pretty much….nothing. Their expected turnover rate ranks them 111th and their bottom 20 ranking in starting field position does not help. The defense is decent, but will the 80th ranked passing defense stop the Red Wolves passing attack that ranks 6th in success rate? Middle Tennessee has stopped rush heavy offenses all year, but that’s not how Arkansas State is going to move the ball on Saturday night. It feels too easy, but Arkansas State is the play here. Go Red Wolves.

This is the worst game of the bowl season. Don’t watch it. Watch all of the other games on instead or go out to eat with your girlfriend/wife/husband/boyfriend.

Georgia State stinks. They rank 101st in S&P+ and have just one win over a top 100 team. They play in the Atlanta Braves old stadium. I think that’s all you need to know about them.

Western Kentucky, on the other hand, has struggled in life after Jeff Brohm. 6-6 with losses against Illinois (LOL) and Florida International meant a disappointing season for the Hilltoppers. Their QB’s name is Mike White, which is the most generic white guy name I’ve ever heard. I don’t know how on earth this team will get up for this game, but Georgia State is so bad that I could see WKU winning with just 75% effort. Thank god this game isn’t a stand-alone weeknight game.