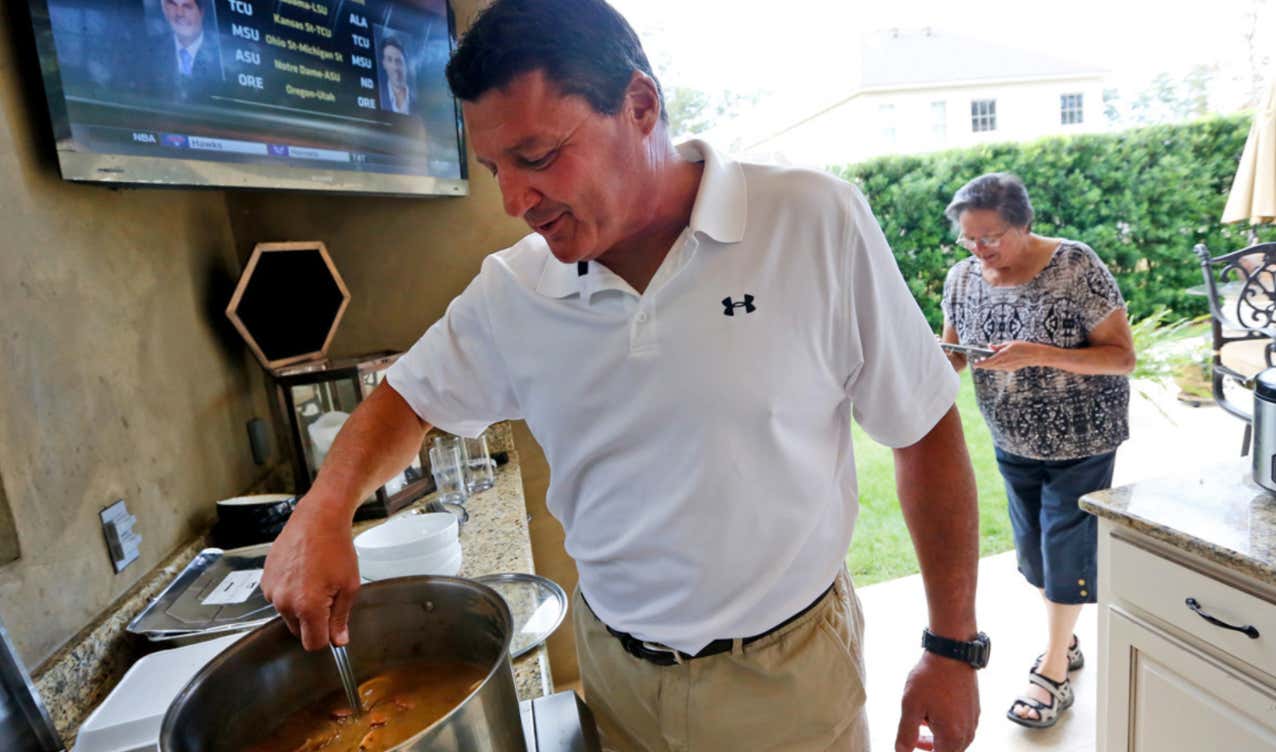 Yesterday, LSU held a special event for the first early national signing day. They called this event “Hold That Tiger.” I’m not sure why that was the name, but all I could think about when I heard it was the famous Lion King scene where Rafiki was holding up Simba in the air, but instead it was Coach O holding up a Tiger.

The event was hosted by Barstool’s own, Julie Stewart-Binks:

The best moment from Hold That TIGER was a story told by Marlon Favorite about the time Ed Orgeron was recruiting him to come to USC:

SB Nation-“He comes over to the house, man, and Julie, he makes himself at home,” Favorite told Julie Brinks-Stewart. “He walks in, ‘hey, how y’all doing today?’ went straight to the kitchen. ‘Oh, it smell pretty good in here, man!’ my mom was like ‘well, I cooked some red beans!’ so then, ‘oh, for real?’ So he goes into the refrigerator, pulls out a pot of red beans ‘hey, y’all got some rice?’ my mom comes with a pot of rice, he scoops the rice, puts the red beans and rice together. ‘Hey, so y’all have like a cover, I’ll use a napkin.’ He takes the napkin, put it over there, put the food in the microwave, and then he started talking football. That’s making yourself at home. It really was a big, big recruiting tool that worked like a charm because I was this close to saying ‘hey, should I go to USC?’”

Marlon Favorite has himself an A+ Coach O impression, huh?

I’m, for one, surprised that Coach O wasn’t asking for Gumbo, but still this a hell of a way to make himself feel at home. He bombarded into another humans house, took his food, and still came out on top. He didn’t end up signing Favorite, but he did have him say stealing his mother’s food was a recruiting tool that “worked like a charm.” That’s a true modern-day seducer at work, folks. I don’t know if top coaches like Jimbo Fisher and Nick Saban could pull off such a trick.

I, now, can’t stop thinking about Coach O going on random recruiting trips and ending up in the recruits fridge. “Oh, you are going to have Gumbo? Give me that rice, boy. You don’t need no rice, just protein. GO TIGERS!”