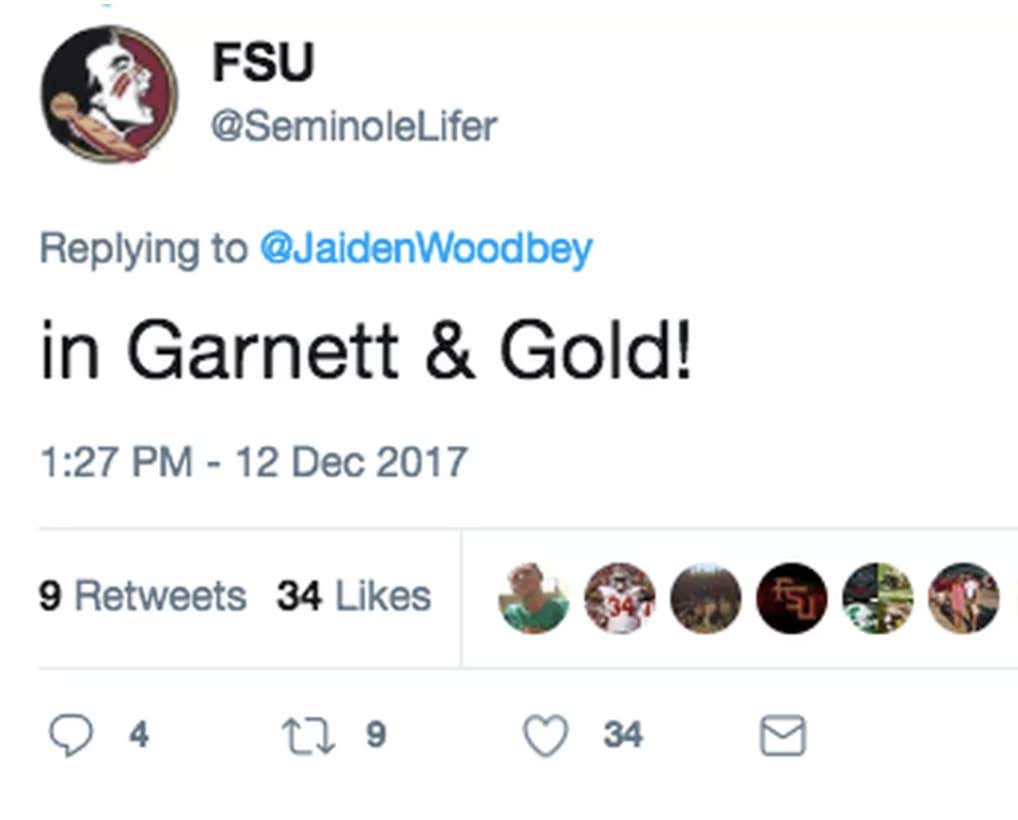 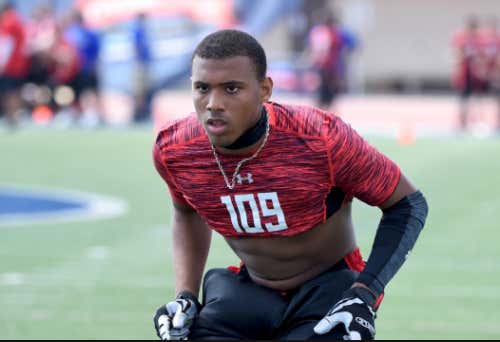 For most of the fall, Jaiden was commited to OSU. That was until he sent out this tweet:

Which had the response:

Usually, tweets like these are ignored, but not this time!

FSU saw such tweet, realized how dumb of a mistake it is to not offer this man, got on the telephone, and 5 hours later, Jaiden Woodbey had himself an offer:

Fast forward to yesterday, when Jaiden Woodbey had to decide between Ohio State, UCLA, and the team that offered him just a week ago, FSU:

In a world where fan accounts like @SeminoleLifer are the worst part of Twitter, FSU might have found themselves with a 5-star safety because of said accounts. Don’t get me wrong, I do not want to go out on a limb for said fan accounts. If you are unaware of these accounts, the only thing I can really compare them to is members of #MAGA Twitter that have the American flag as their avatar. With no real accountability, because their name nor photo are attached to the account, CFB fan accounts say awful things 173x more often than other Twitter accounts (I did the math, trust me).

This is a victory for fan accounts everywhere, though. In a Twitter world where every college football journalist is tweeting out “DON’T TWEET AT RECRUITS,” as if it is some massive problem and they are the brave souls of the interwebs with the moral compass of America, fan accounts are starting to fight back. You may have a liberal arts/j-school education, but have you flipped a 5-star recruit recently? Didn’t think so!

P.s. Maybe those “DON’T TWEET AT RECRUITS” folks do have a point: 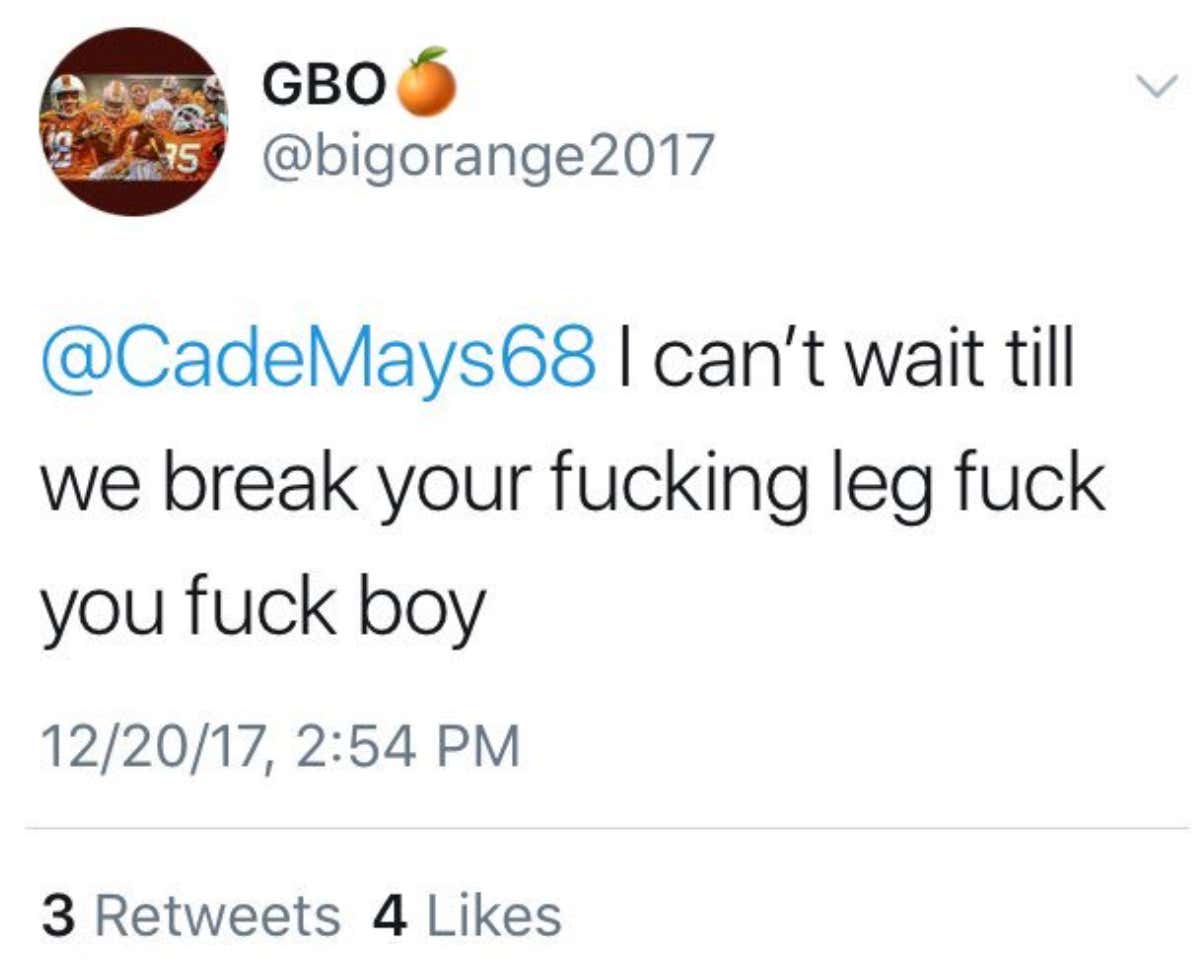 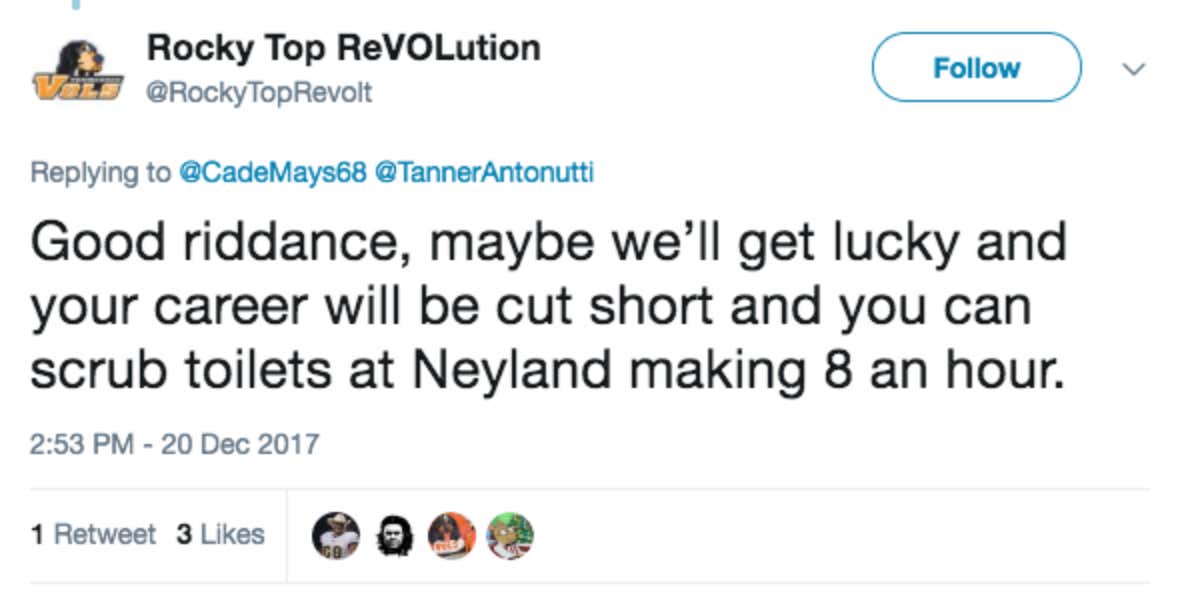